A devlog about our planned skill system in Slaves of Magic.

Devlog #4 A deep dive into Slaves of Magic skill system.

Previously, I talked about how combat works on a fundamental level, today I would like to expand on it, and talk about how Slaves of Magic skill system works and what can you expect from it.

The biggest inspiration for the system is the original Guild Wars skill system, which I think gave the player enormous freedom to build his/her character as he saw fit. The basic idea is simple. You have up to 8 skill slots, and while you might know more than 8 skills, you can only use 8. The skills themselves had an attribute as well (so for example, there were sword skills, strength skills, illusion skills, etc). The skill efficiency depended on how good you were at its given attribute. Basically, this meant that the more attribute the player used, the weaker the individual skills were. Of course, there are some basic skills like movement, waiting, basic attack, and such, which is always available for all characters.

Let's look at an example skill:

There are 3 stat icons beside the name. The first one shows how long the skill will be on cooldown (from the start of the skill activation), the second one shows how long till that skill will resolve, and the third shows the stamina cost of the skill. Then you can see the description for the given skill which can vary wildly depending on the skill. By the way, this is one of the skills of the maceman unit which you will be leading in the demo and is a very important skill to enable your other units, which I will explain how a little bit later.

Let's take a closer look at one of the enemies you will face in the demo, the earth legion soldier: 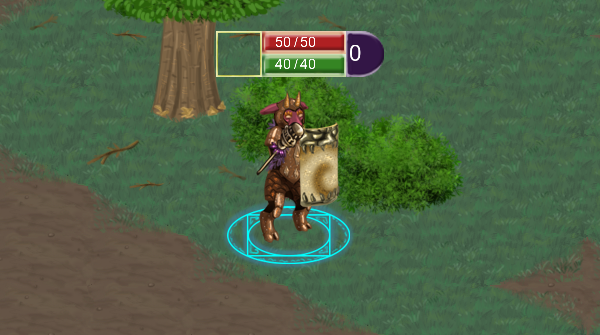 As you can see, the soldiers in the earth legion are heavily armored, and mostly use blunt weapons.

Your ragtag resistance fighters will have access to maces, bows, and spears as you can see here: 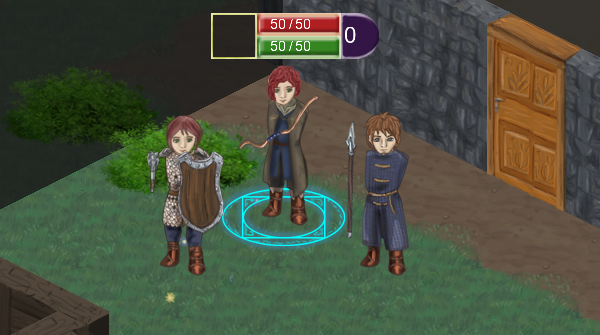 Bows and spears are not exactly ideal weapons for fighting heavily armored foes, but you can't always have the best tools for the job. That does not mean that they can't be effective with a bit of help. Do you remember the skill I previously showed from the mace unit? That skill causes cracked armor which increases the critical chance of attacks. And critical hit bypasses armor. Though if you remember my previous devlog you might know that this actually does nothing for the mace itself, because it can't do critical hits no matter what. But this helps tremendously for the bow and spear. Take a look at this bow skill:

This skill is a way for bow users to still be useful against armor. In itself, it is an okay skill which increases the chance for a critical hit, but it is a slow attack, and cost stamina. It can be great if the enemy is suffering from cracked armor.

Let's see it in practice:

So that's it for today, and if you are interested in the demo, you can wishlist it here, so that you get a notification when it is released!