Let's take a look at one of the recently implemented features in Vagrus.

Lately, we have been working on Crew Combat to further enhance its mechanics and the latest improvement is the 'Flee' feature. Let's check it out! 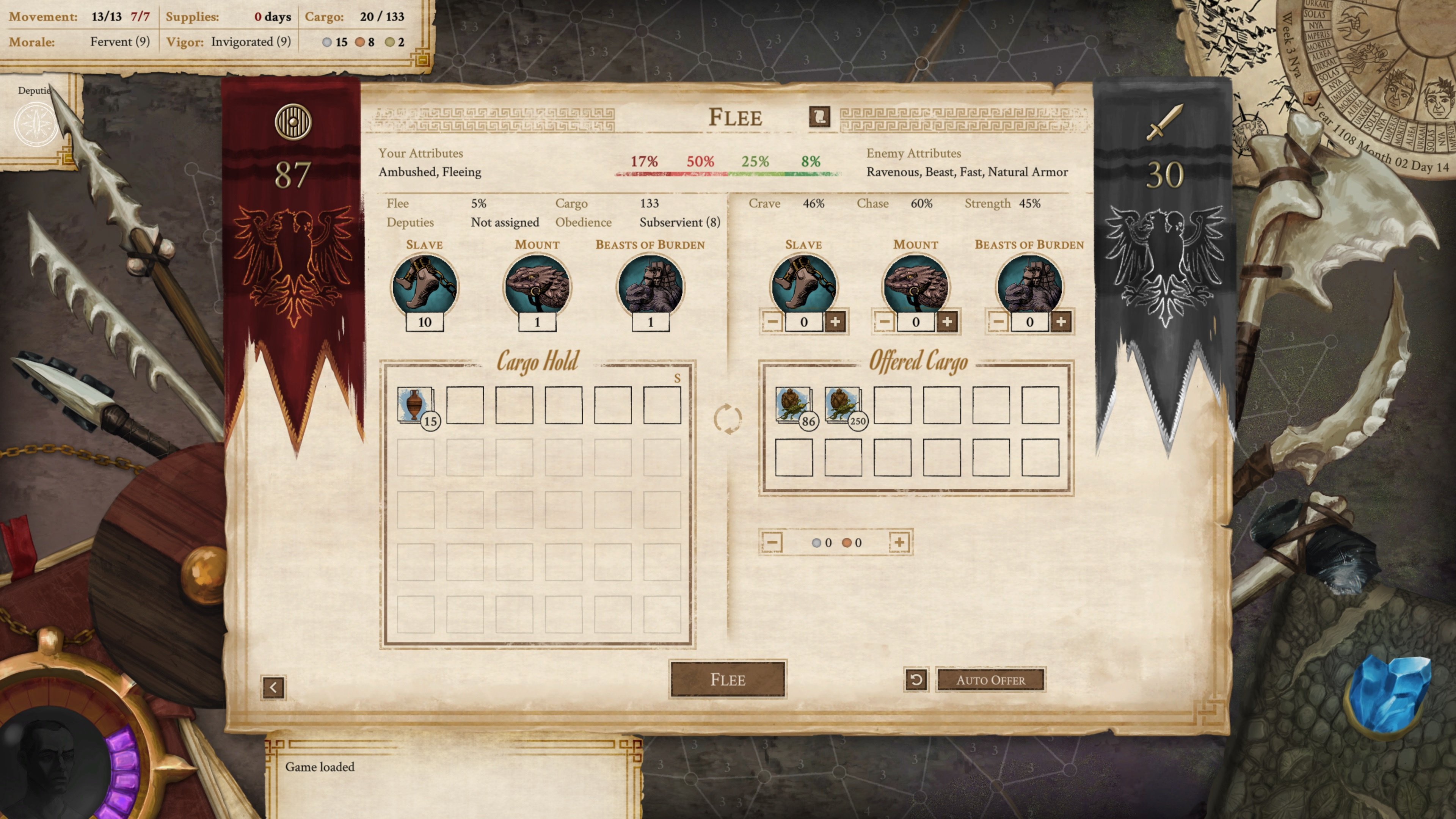 Fleeing will now be added to a selection of Crew Combat encounters with the following considerations: 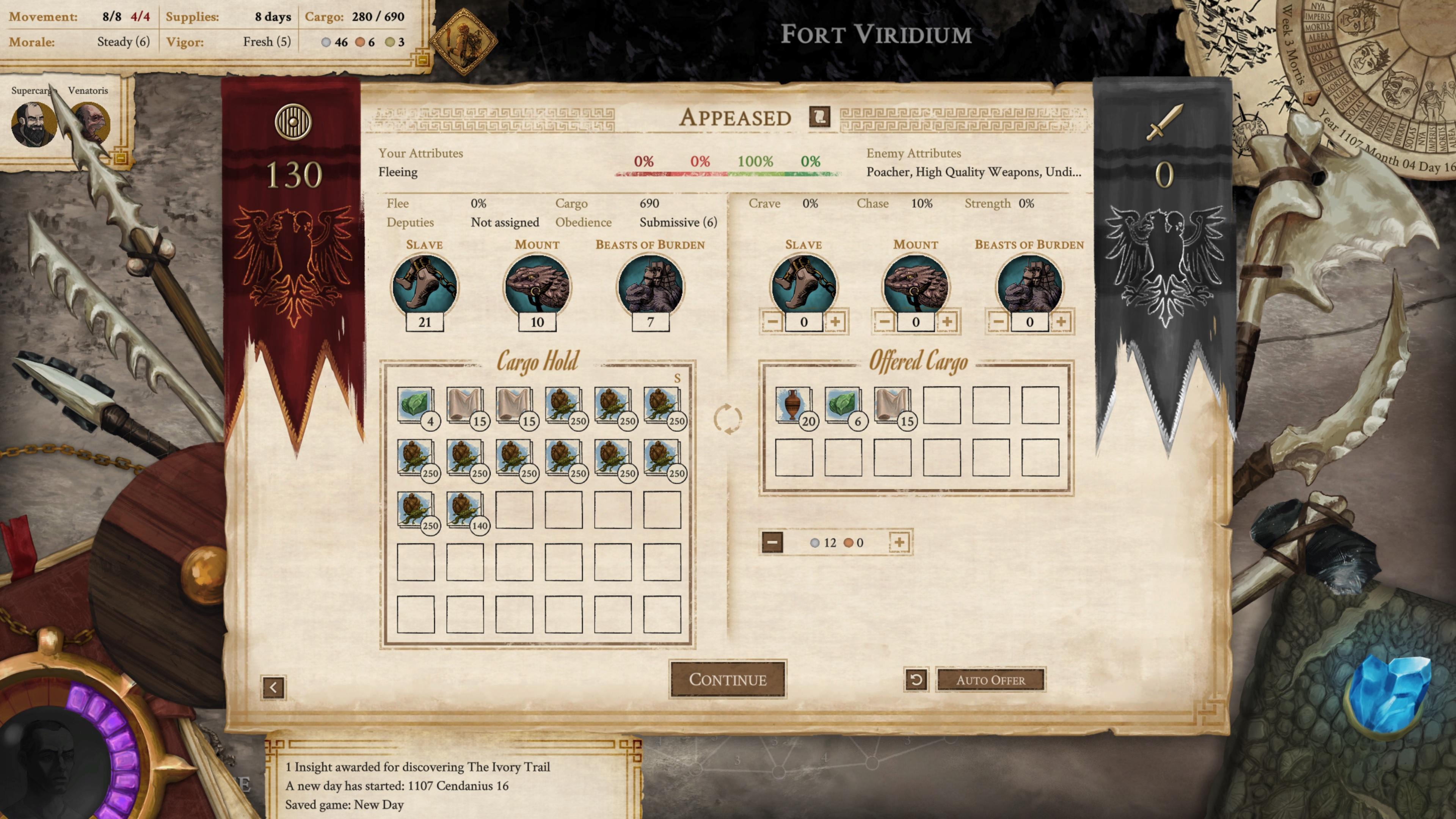 Appease is an option that further changes fleeing when you can use it.

You can see a demonstration of these mechanics in the video below.

No need to die against a horde of Jhakrae or a throng of Undead (or to load your game...). Run away and live to fight another day! :)

We hope that these changes will significantly improve the WIP Crew Combat experience, making it less of a Load Game fest. Let us know what you think once you have tried it.