I am Afonso Rosa, the Game Designer at Koala Kompany, and today I would like to present you the 2nd part of our last Devlog for Caapora – Oath of the Forest.

On our previous Devlog for Caapora – Oath of the Forest we talked about the Core of our game and its Game Pillars, these being Shapeshifting, Stealth, Tension and Reforestation. This Devlog will pick up where we left. We will now go over how the game pillars were applied to Caapora’s gameplay and how the gameplay itself functions.

Gameplay Loops are used to describe a cycle of in-game actions that the player goes through while playing the game. The Gameplay Loop is also directly linked to the game’s genre.
In our game, the Gameplay Loop was formed by combining our Game Pillars and seeing how they could be used to provide an ideal gameplay experience. By seeing how our Game Pillars could be used to actually play the game we start to visualize how the game functions as a whole, and allows us to build upon our initial ideas and expand them, so the gameplay experience remains consistent with the game’s Core. Subsequently, having a Gameplay Loop that is well connected to our Game Pillars makes us remain consistent and create a well-defined game, avoiding straying from our game’s Core. By creating a sturdy consistent Gameplay Loop we aim to provide the player with both an interesting and meaningful experience while playing Caapora - Oath of the Forest, besides creating a base from which we can create new consistent content.

Caapora - Oath of the Forest's Gameplay Loop
In Caapora, the player has 3 main actions they must do to complete the levels, and in consequence, the game:

Each of these stages leads into the next one, going back to the first action if the main condition of the game – restoring the whole Amazon – is not complete, creating Caapora – Oath of the Forest’s Gameplay Loop. 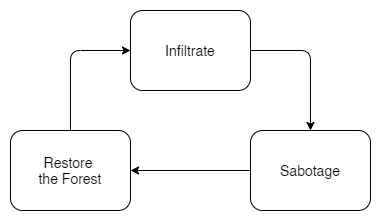 By looking at each of these stages closer, we can analyse how the Game Pillars affect the overall gameplay experience while remaining faithful to our game Core.

1st Stage - Infiltrate
This stage begins when the player moves into action, sneaking through enemy patrols and adapting their plan as they progress. To achieve this successfully the player must pass by unnoticed and shapeshift when necessary to either avoid detection or escape.
As such, given the high-risk nature of this stage, the relevant game pillars are Shapeshifting, Stealth and Tension, with the player’s skills of Stealth and Shapeshifting coordination being those most at test.

2nd Stage - Sabotage
This is the riskiest stage of the Gameplay Loop, seeing as the player must understand when to utilize stealth and when they should forsake it in order to accomplish the goals at hand and neutralize the enemy camps. This puts the player in more dangerous situations where they can get spotted.
In this stage, similar to the 1st stage of the loop, the Shapeshifting, Stealth and Tension Game Pillars are again present, the difference being that Tension is most prevalent this time around.

3rd Stage - Restore the Forest
Once all other stages are complete, we come to this final stage. All actions of the player feed into this one, effectively completing the loop. The player can only succeed at this stage if they have succeeded in the previous ones.
Here, the most relevant Game Pillar is the Reforestation Pillar, as all that is left to the player is to finish the level and restore the forest in the area. 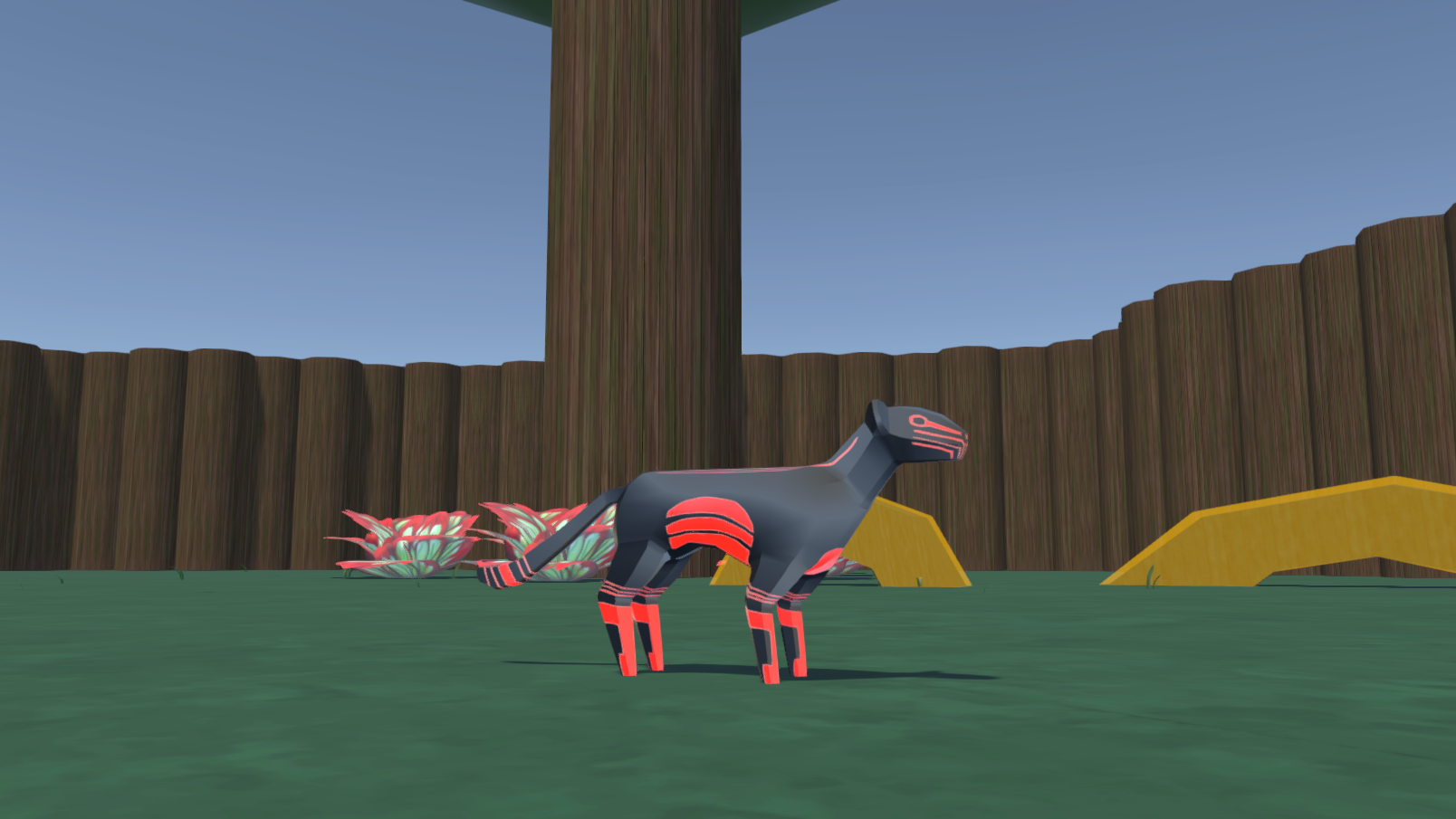 We have now reached the end of this Part 2 Devlog detailing this more in-depth look into Caapora – Oath of the Forest’s Gameplay Loop, and how by keeping true to our Game Pillars, we can create consistent gameplay for our players.

We are looking forward to seeing you in our next post!

Check out Afonso’s previous Part 1 article on how we defined Caapora’s game Core and its Game Pillars here
Don't forget to check our Twitter for minor updates and news! Follow us on Koala Kompany