It’s been about a month since my last post, so I thought I should take some time to say a few things about my game and recent developments before people start to think I’ve gone missing.

It’s been about a month since my last post, so I thought I should take some time to say a few things about my game before people start to think I’ve gone missing.

Progress this month has been annoyingly slow, but I have made some progress. I was working on a new cutscene to use as a transition between one scene and another scene which I haven’t even begun designing. I was hoping to get that cutscene done a few weeks ago but, for various reasons, I only barely have it about 30% done.

But while I was doing that, I found a decent shader to help give the game a more cartoony look. 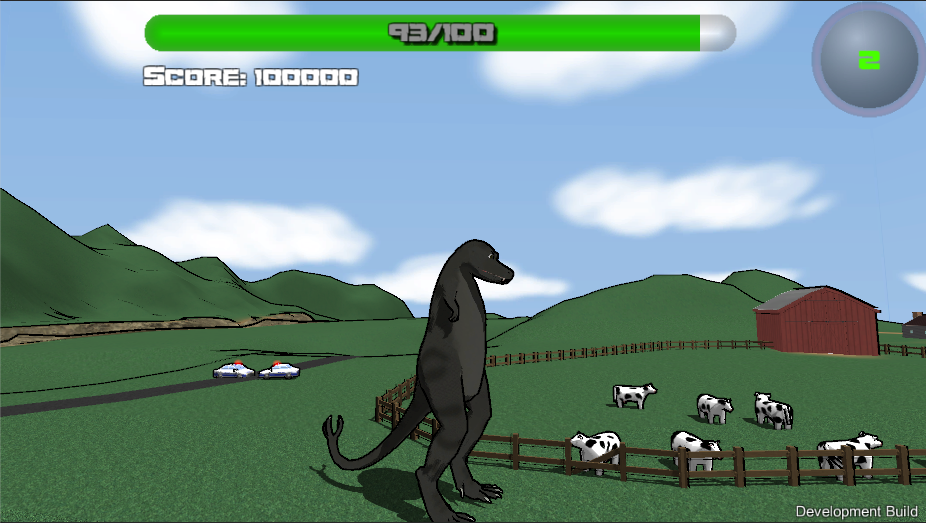 Here’s some before and after shots for comparison: 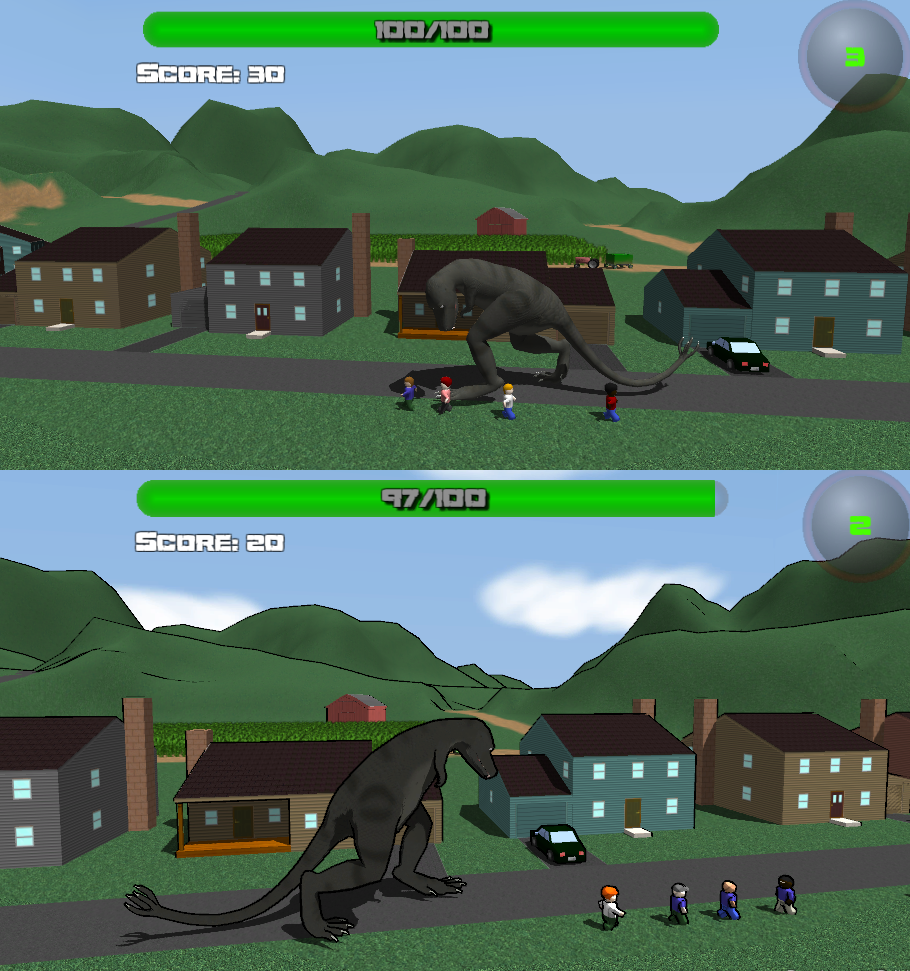 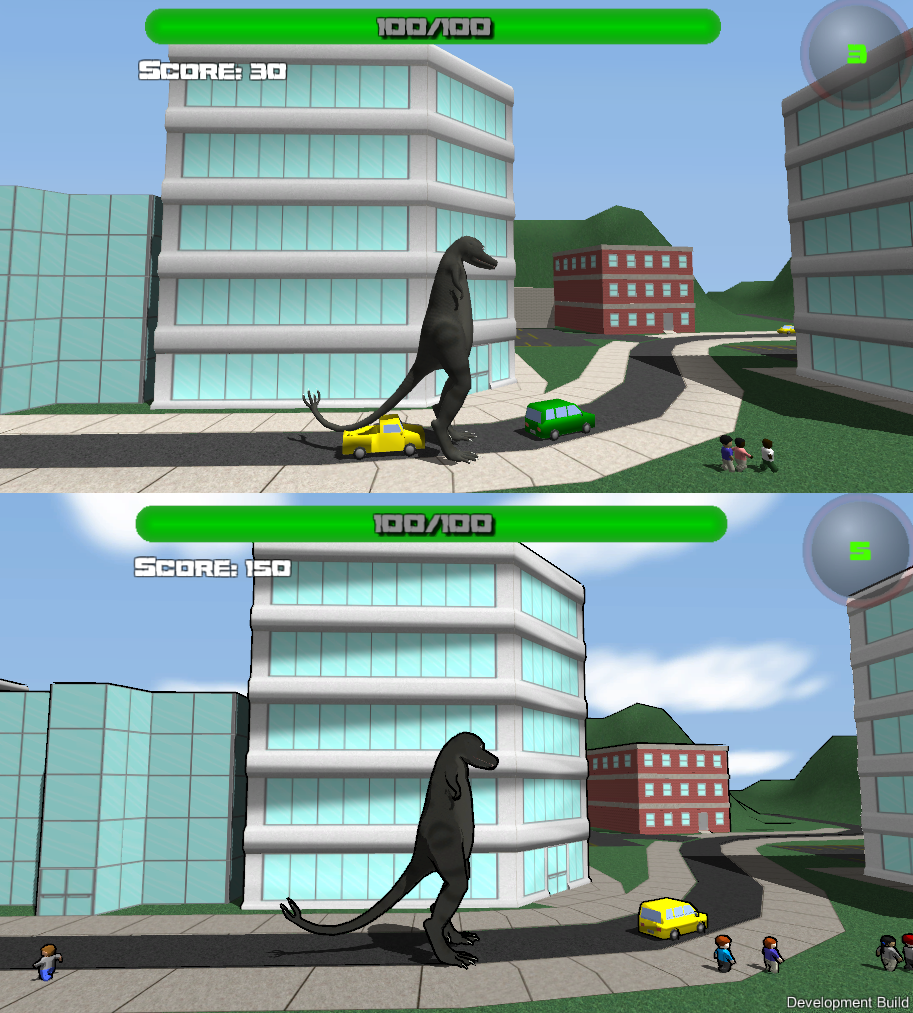 And there was one other thing… What else did I want to say?…
Oh, right:

Suck it, naysayers! My game got Greenlit!

Just this past week I got notified that Attack of the Giant Mutant Lizard was Greenlit and I recently filled out some paperwork and I’m just waiting for verification of all the boring tax stuff. I want to thank everyone who came and voted.
I have a lot of work to do still, and to be honest, I’m kind of making things up as I go; so I guess it’s time for me to get caffeinated and get back to work.