It's time to talk about the protagonist's story and see some early concepts and studies.

Hello everyone and welcome to the second Rusalka Development Update!

The progress of the game is going well and hopefully I will be able to show you some great stuff that is being implemented in the current builds soon.

I think it's appropriate to talk about the main character after the previous article that gave introduction to the project. So without further due let's get started.

Rusalka is a mermaid whose objective is vengeance for her lost lover and fiancé. Of course being the main character of the game also means that she has a background story, let's dive a little bit into it.

Before she became a mermaid, she was a human, more specifically a fighter for her people. Although she was an interceptor of messages, she was also very good with a sword and an excelente navigator. Her husband was a captain for the empire, an undercover agent whose main objective was to steal the Empire's Jewels to be used by their people for protection against the Empire.

Empire Jewels: The Empire's main wealth started with a set of gems extracted from under their nation. With the desire of power and dominion, the Empire infected these jewels with curses in order to subdue adjacent nations to their will. Till this day, they cut these gems and artificially make them in order to ascertain power over the world. All the Empire's allies use these gems and are under their curses and effects. The Empire manufactured only a specific set of jewels for themselves that they still keep and these jewels have a special type of magic encased inside.

Unfortunately the Empire got caught of this and infiltrated the ship that Rusalka's fiancé was using to cross the ocean to his home island and nation of Tavindir. Rusalka infiltrated the ship as well in order to save her loved one but unfortunately she was unsuccessful. The Emperors' left arm agent, Dimitri, got hold of both. Murder Rusalka's fiancé in front of her, chained her to a set of cannon balls and cast her into the Pit, a sea trench that the Empire used to get rid of those who got in their way.

While going down into the depths, Rusalka's pain and anger kept her alive long enough for her body to be invaded by wild magic. The pressure was slowly destroying her body and giving room for the magic to reconstruct it.

Wild Magic: Considered to be a sort of divine force, Wild Magic is the name given to uncontrolled magic that can be found in certain environments and conditions. Wild magic is volatile, meaning that not only is impossible to control, it's also very dangerous to engage.

The pain was excruciating and the mix of emotions pulsing through her body exhausted the body before she finally entered the pitch black tomb that would be her final destination. 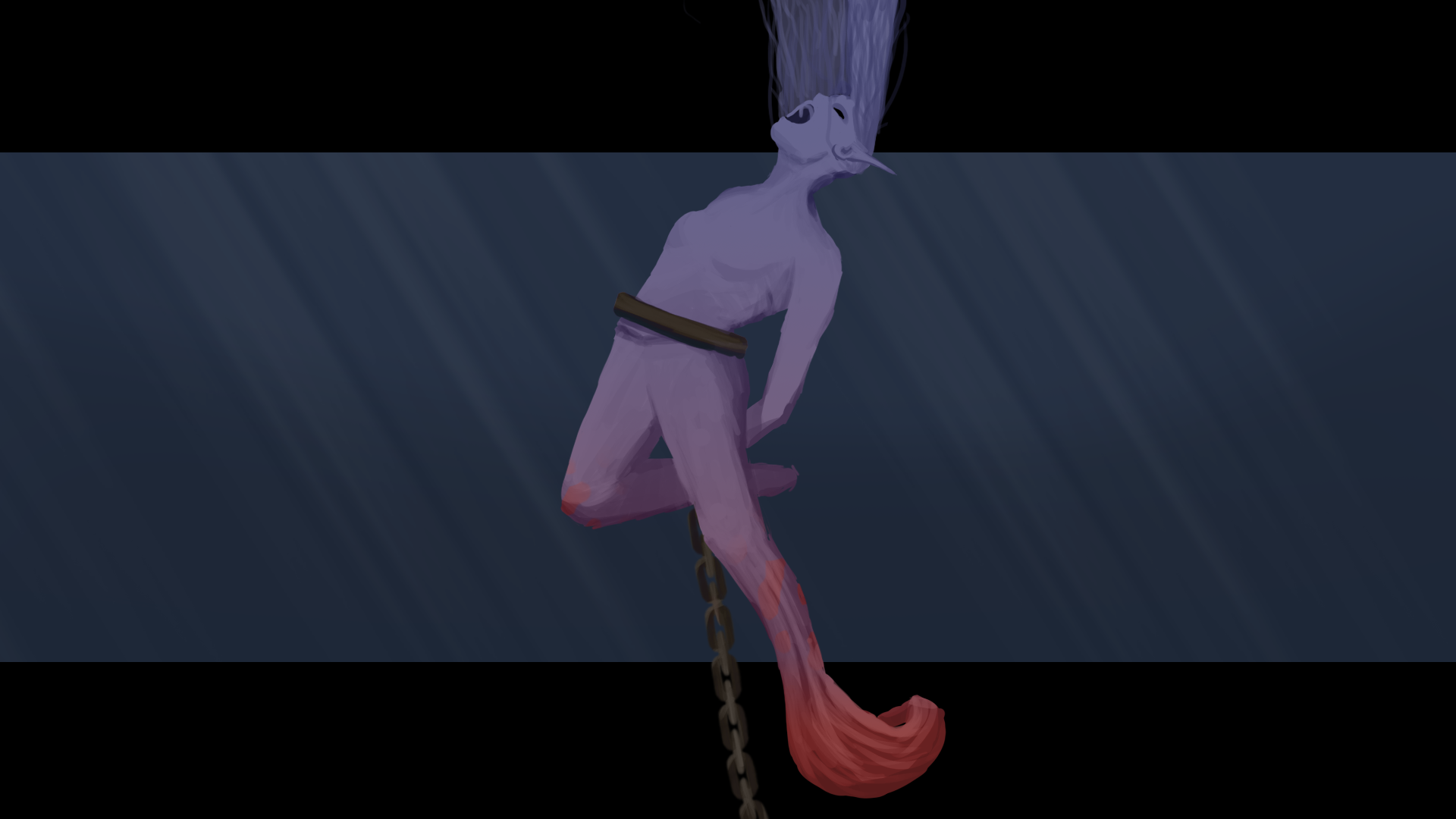 When she woke up it wasn't pitch black, she could see clearly. She could also breathe and even smell! Unfortunately her first smell underwater was the smell of death. She could see corpses all around her, some already eaten or decomposed. Others weren't there any more but the chains marked their presence.

These are the tragic origins of our main character. Eventually we will talk more about what happened after the drowning. But for now let's talk a bit about the character behaviour in-game.

As you might expect, Rusalka can swim around in pretty much every direction! Other than that, you will be able to have access to certain abilities that will be helpful with certain puzzles and combat. These abilities will mostly come from Crowns which is an important item obtainable, craftable and wearable by Rusalka.

Rusalka's model is still in the works but I think it's fair to share some of the earlier sketches and concepts I've been doing regarding the character's design. Feedback is surely appreciated! 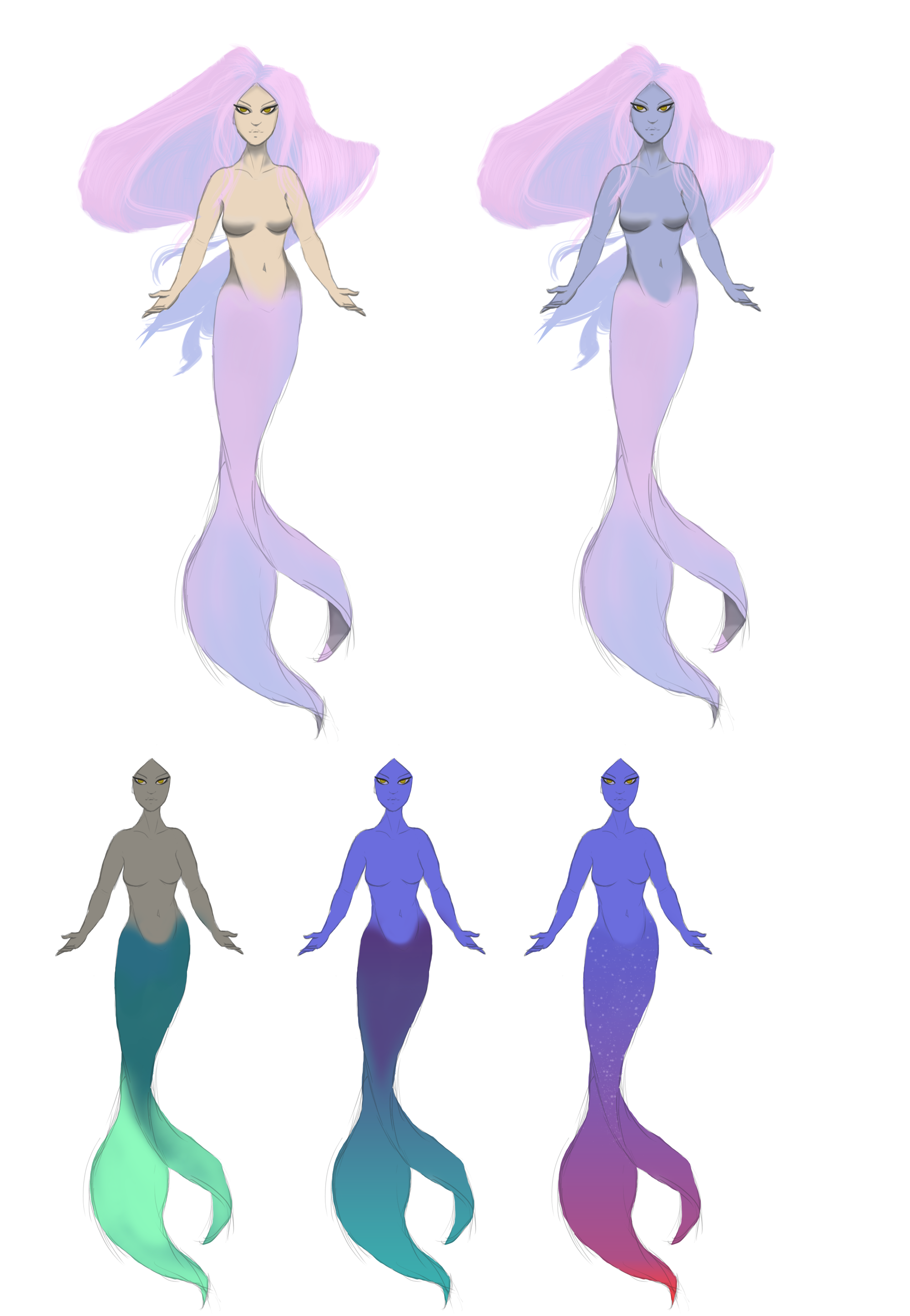 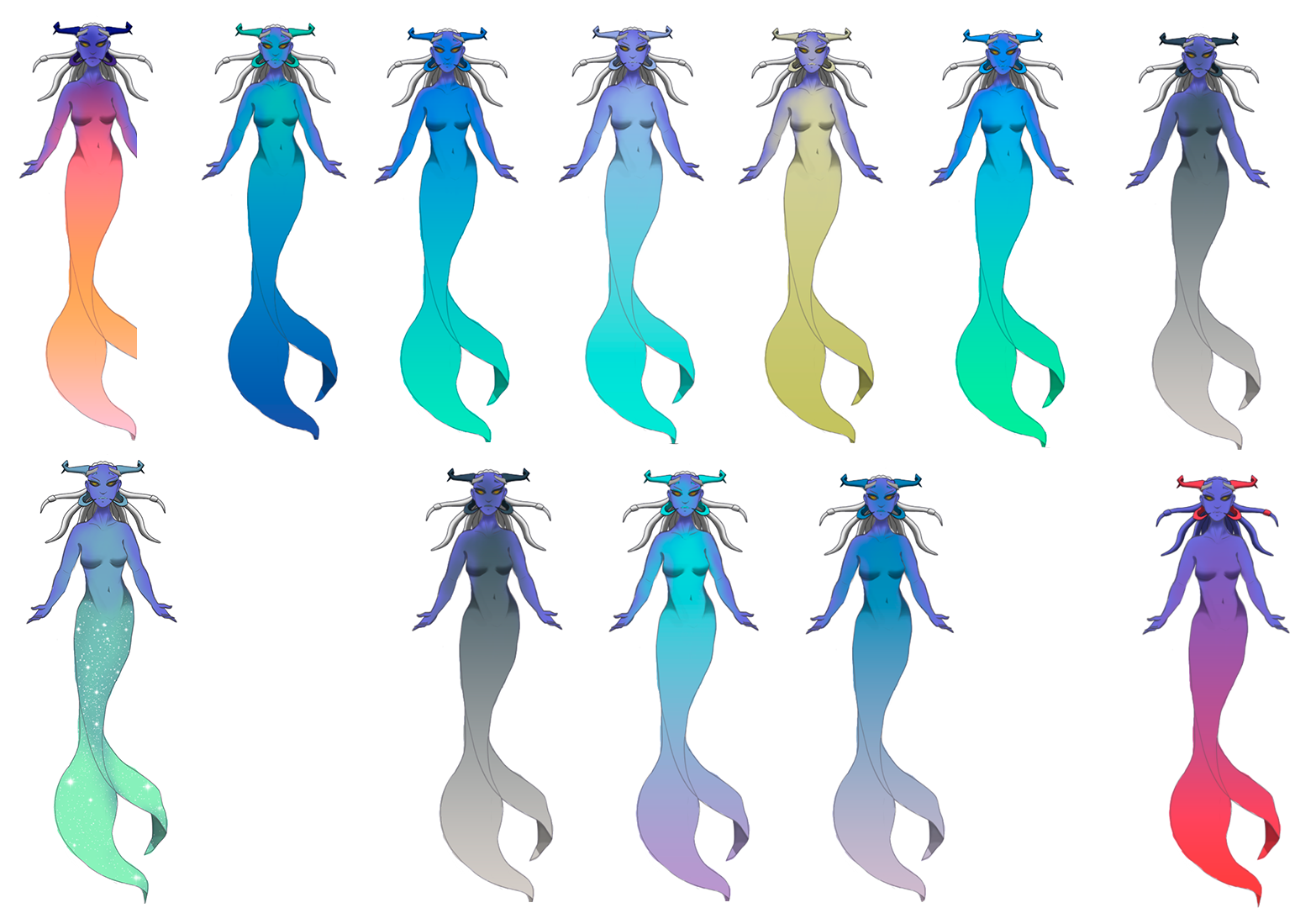 In the next DevLog we will talk a bit about how the game is being developed and all the implemented mechanics. Until then, thank you so much for it and I hope you look forward to future updates and to the Rusalka game!