Post news RSS Devlog #10 The proof is in the pudding, testing the campaign design

This devlog is about the changes brought forward from testing. Plus explaining a few new things added to the map.

Devlog #10 The proof is in the pudding, testing the campaign design 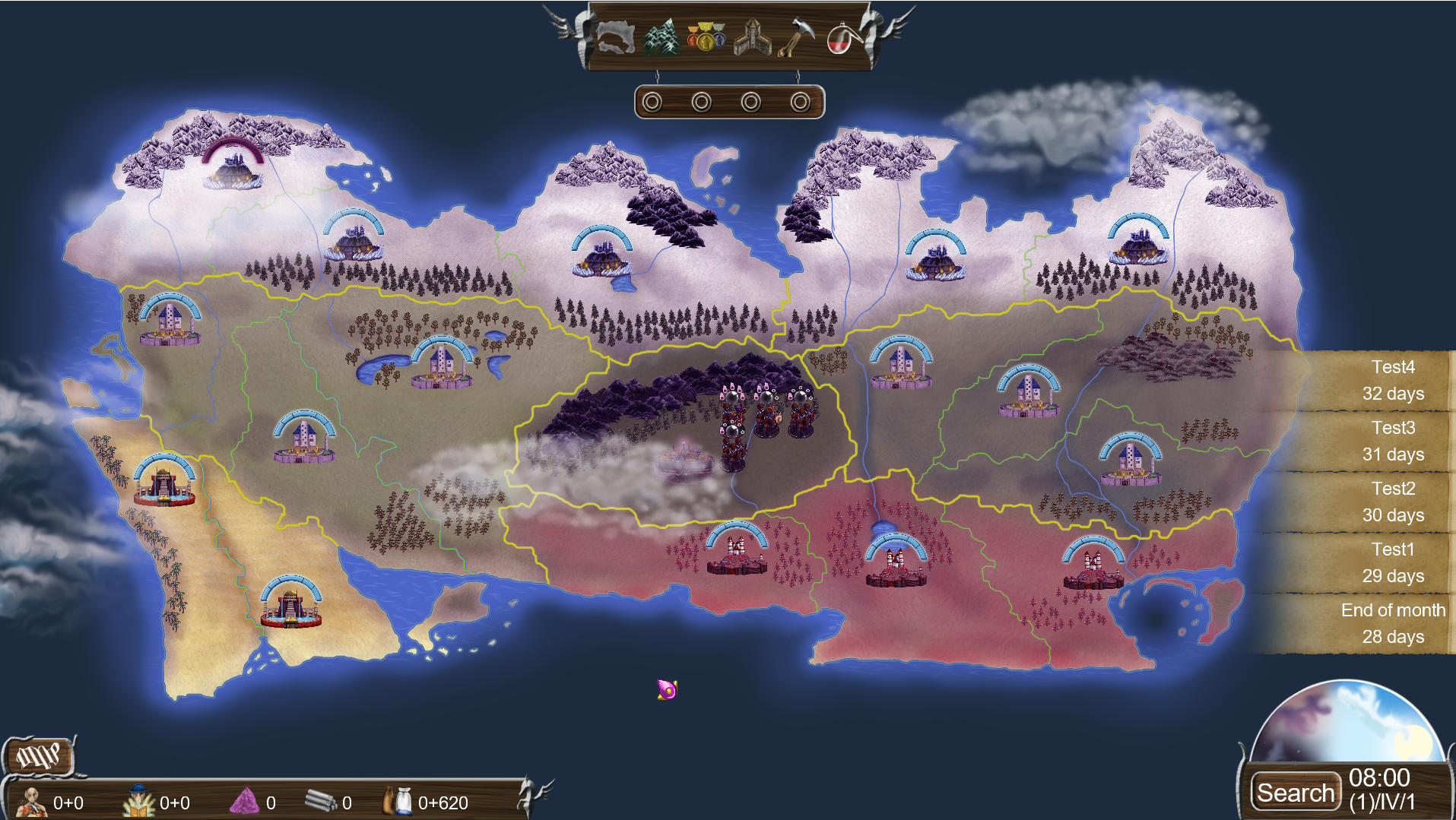 Hello everyone! Today's devlog will be about things we changed since the last time, thanks to the testing we have done, plus to show you the mostly finished map.

Check this picture, where every territory has a spy network and an enemy base: 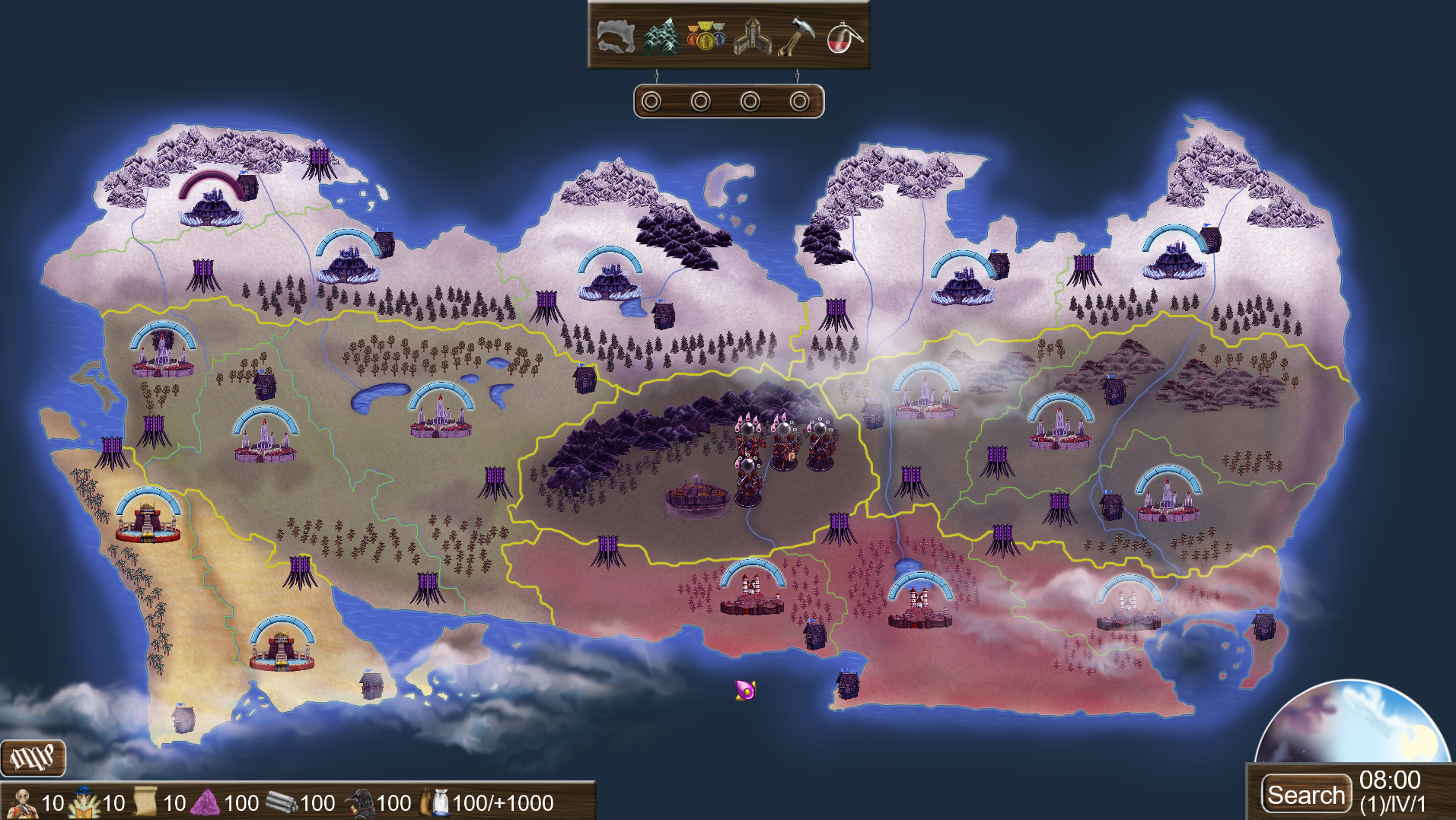 I think this picture became super noisy. Hard to see what is relevant (cities and armies) and what is not, so in the end, we canned the idea of the enemy base and the spy network to be on the map so dominantly. Instead, we made it so that they are part of the cities they belong to, clearing up the picture.

New spy network (yes, is just a flag, not as nice, but a lot more functional):

The good the bad, and the ugly, the agenda system:

Let's start with a reminder of what I mean by the agenda system. My initial idea was that the enemy will have a random goal (mostly to conquer a random region) and it has 2 months to complete it. If the enemy can complete X number of it, depending on the difficulty level will make the player lose. There was 2 problem with it. For one, I started to think about how long I want my campaign to be. XCOM long war mod was great in a lot of regards, but it was too grindy for my taste. I realized that the game will need to take around 6-10 in-game months time. So only 3-5 chances for the enemy to score its objective. The other problem was that it is way too easy to cheese its objective of conquering a region with just 1 action which increases the loyalty of a region from the player.

So what is my solution? Well, I just defaulted back to the good old loss condition of losing too many territories. Easy to understand, works well, as if the player loses too many territories that it makes it impossible to come back, it instantly ends the game. But I still liked the general idea of the enemy focusing on regions, so I didn't throw it completely in the bin, just repurposed it. The enemy will be focusing their loyalty-reducing missions on a region (which will be the starting region of the player, in the beginning, just to make sure the player will have missions in the first month). But if the enemy sees too big of resistance (too many missions were countered by the player) it will change its target. The enemy will remember this though, so this will increase the likelihood of terror missions in this region, as a retaliation. This gives the feeling of the enemy being revengeful which I quite like.

The diversification of cities:

Now, onto the new stuff. A lot of time was spent to make the regions and cities more distinct visually, and mechanically. Hopefully, you already saw this in the opening picture, but here are the 4 different cultures and their main cities:

In the north, you can see people building cities around mountains. These mountains are rich in ores, so you will find a high concentration of smiths in these regions.

As we go a bit more south you will find people living in a more temperate region. These are rather balanced regions, with just a slight preference for one resource.

The southwest portion of the map, gives home to a big desert, with a few oases here and there. These oases are the centers of the people living here and are renowned trade centers, so these regions are highly focused on supply income.

Lastly, the southeast portion of the map gives home to a more eastern-like culture, home of the biggest philosophers of the lands. No surprise then that these territories have a bigger concentration of scholars than any other.

The player will have to take into account the region 3 income types when he is deciding where to build additional spy networks in addition to the loyalty and defense benefits it provides. Plus the region bonus, if the player builds a spy network into all of the territories in the region.

So as you can see, the campaign map is close to its final form. We still have work to do on the base building portion, and to create a few menus for science/smith/barracks but otherwise, it starts to really take shape. The enemy AI works, can upgrade its armies, beat the people into submission, be revengeful if it meets opposition. I can't wait till we can actually link the combat portion with the campaign part! Till then, don't forget, if you want to show your support you can wishlist the game on our Steam page here!