Our decision to leave the story until the end has paid off, as the game seems to have suggested its own story.

Hey I’m Andrew, programmer and lead designer of Shutter, a puzzle horror game coming soon for PC. It has classic survival horror fixed camera angles, and you control a small drone, taking pictures of ghosts in an old haunted house. As the launch of Shutter increasingly becomes within our reach, it feels like everything is coming together naturally, and it has often felt like the game is designing itself. It seems as though our decision to leave the story until the end has paid off, as the game seems to have suggested its own story. 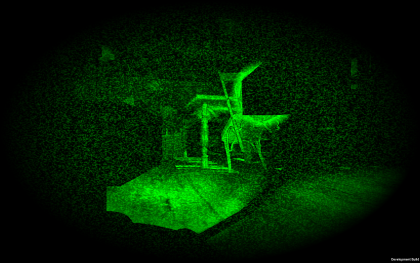 Over the last two years of Shutters’ development, the topic of story was often discussed between me and Luke, the artist I am collaborating with. How does the game end? What’s the back story? How can we add a twist ending? We both had a number of good ideas for a general direction to take the story, but it never changed the direction of the gameplay.

Gameplay always came first, and dominated our discussions over the course of development. How does the game progress? How can we switch up the gameplay at certain times? How can we add more depth? These types of discussions always pushed any plot discussion to the backburner. 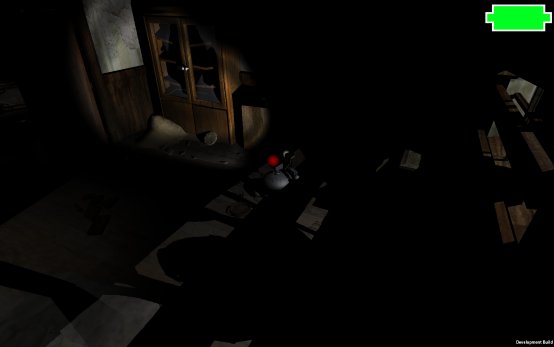 Shutter was mostly developed in a linear progression, starting with the training sequence, and ending with the final boss fight. Because of this, it forced us to refine the early parts of the game over and over. Every time we played it, we would play it from the beginning. Adding new content to the game would often disrupt some of the content already in place. Sometimes we found the game was becoming too repetitive and predictable, so we would tweak the flow of the game. Sometimes a certain task would become very tedious, so we would simply remove that task.

By following that formula, we now find ourselves with a nearly completed game that we are both happy with. Weirdly enough, I find it very energizing to be sitting on a nearly completed game, and hesitant to just rush it out. Now is a great time to focus our energy on the ending of the game. We have a lot of wiggle room on how we want the game to end, both in terms of gameplay and storyline. 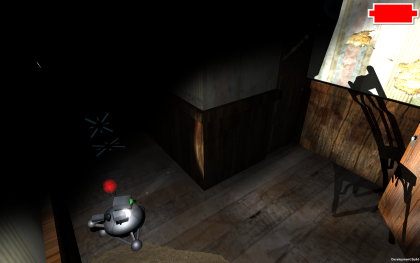 The story is told through hidden notes around the house, and the notes are tied into the gameplay and the puzzles themselves. The notes initially were meant to be a side objective, and a way of telling the story of what happened to these ghosts. However, we soon realized that we needed the notes to also give hints about the puzzles in the game.

The puzzles are solved by taking photographs of various objects, until you eventually get a photo of a ghost. Taking a photo of one thing will trigger something else to happen. For instance, in one room a music box is playing. Take a picture of the music box, and it suddenly breaks, while the mirror in the room appears to have become distorted. Taking a photo of the mirror will reveal a reflection of a ghost. Finally, the ghost will appear in the room itself, laughing in order to give the player an idea of the ghosts position. 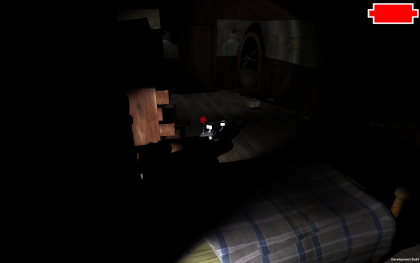 These gameplay moments have essentially created the structure of a narrative for us. A broken music box. A reflection in the mirror. A moving shadow. The sound of footsteps. A door opening. In our story, a woman is noticing all these things happening in her home and writing about it in her journal. When the player finds a note from this journal, it simultaneously tells a story, and provides hints about current puzzles.

From my experience with Shutter, I have learned to spend less time focusing on the plot of the game in the early stages, and simply trust that a story will emerge out of the gameplay.