This DevJournal runs through a galore of updates, being the death menu, level plans, new animations and world viewer cursor input.

Once again, welcome back,
We've got quite a lot to get through, so lets get stuck in!

Since I haven't been doing these posts quite frequently, I have been piling a list of what to cover in the next update, so I can just cover them all in a row.

What's first? Let's start off with the death menu:
When you die, a menu will pop up allowing you to either return, restart, or go to settings, level menu or main menu. 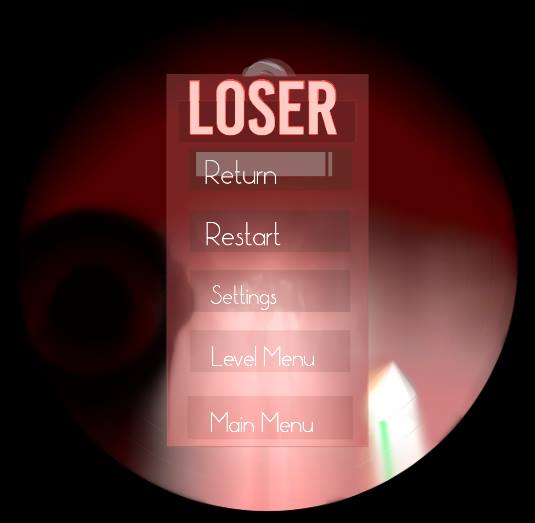 Return will load from the latest save checkpoint, whilst restart will take you right back to the start of the level. The main menu, level menu and settings menu will be coming in the months to come.
(Yes, there are random death messages)

Along with the mechanic dev scene I have been working on, I have also been creating level plans up in Google Docs, so that when I finish the main scene, I can go along and create all of the levels up from the plans, without having to think about making the puzzles.

There will be 3 types of levels: 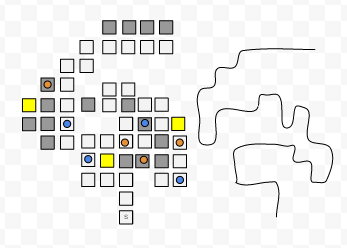 These levels typically have 1-2 solutions. They are straight forward and simple. 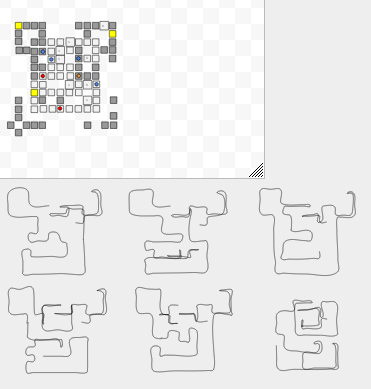 These levels will have 3 or more solutions. They are more open, and allow for more option for the player. 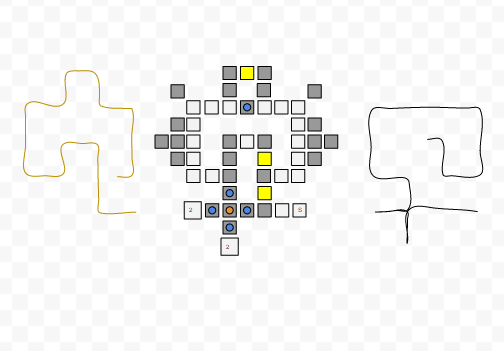 I went on and made a new coin animation:

When I was trying to make this animation, I had came up with a few ideas, such as a +1 sign appearing above, or the coin shrinking, similarly to games like Mario or so, but I wanted an almost comedic-like crush effect. I had first added in that splatter effect in which grows and shrinks, but it felt minimal, I needed something else to make it feel like a reward. I added in the particles, and it made it feel much better, like the character was eating the coin and spitting the insides out.

I then went through to make a better platform press animation:

I had ideas for complex animations, like the coin, but as I had been testing with tinting the screen, I had realised a simple colour change to the screen could indicate the gold press. My design choice had been very simplistic, as I stuck to the theme of spinning objects going into the center of the screen, as seen in the pause menu 'Are you sure' box.

Then came the rewind animation upgrade:

The left gif shows purely what the screen effect does.
The right gif shows what how the effect looks when the character is moving back.

As I had been testing with the screen effects, I had came about putting a displacer map on the projection on a plane projecting the screen. This came out effective, so I turned up the samples and I was able to get this really twisted paint bleed effect. I thought it was only fitting for the theme and tone of the game.

To finish off, I went along and redesigned the world viewer mode, adding in a cursor support, and a max look distance (up, down, left, right):

This had proved to be quite the challenge, taking a week or two to make.
I first had setup the mouse movement/dragging, allowing the camera to look around via momentum. The ring you see on the cursor merely follows the average of the point you clicked and the point of the cursor. The trail on the cursor is simply a displacer material on a trail renderer.
The next thing I worked on, was the mouse zooming.
Now that was fun, as I had stumbled into a problem that when zoom in fast enough, you will be able to flip the field of view, and the screen will go upside down. I solved that by setting a threshold and establishing exponentials to zoom you back out.

There has been quite a lot of new features added in, such as the Tutorial Storyboard which I will talk about later.
With that said, I hope you have enjoyed this update, and I'll see you next time.