Being the first entry, this will run through the intro and go to the making of these coins in the game.

So, Strailton has been in production for the past 2-and-a-bit months and I have created this IndieDB profile for this game so I can update Strailton here.
I hope to write at least one entry each week for the next few months as this game progresses.

Since IndieDB doesn't really like uploading gifs in the 'images' section as they are too large, I will be putting my latest favourite one in the summary and I will be updating that occasionally.

Without further adieu, I bring you forth the solution of how I made these coins in the game:

I first had to model the parts to the coin in Cinema 4D, each I kept in their respective parent object. 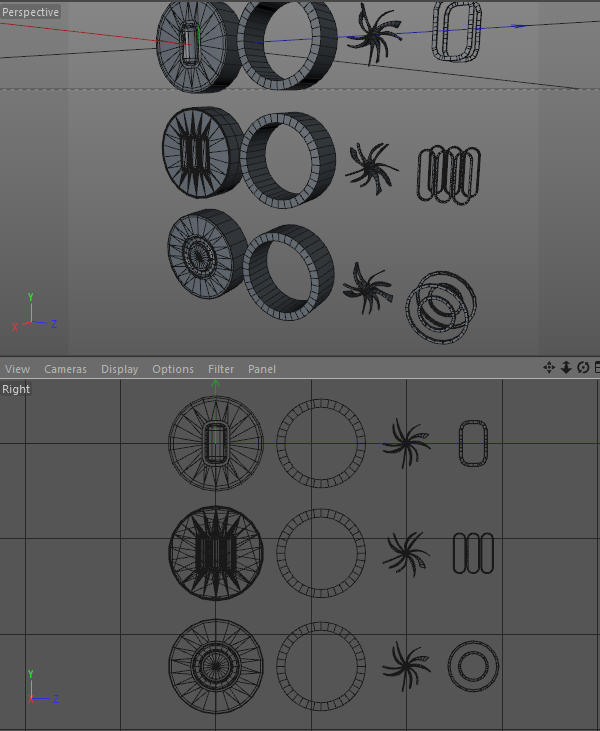 Each coin had four segments to them being (in order shown in image):

I then had put them into Unity to which I went ahead and positioned them.
I had made a quick base texture for each ring, for this example I will follow along for the first coin 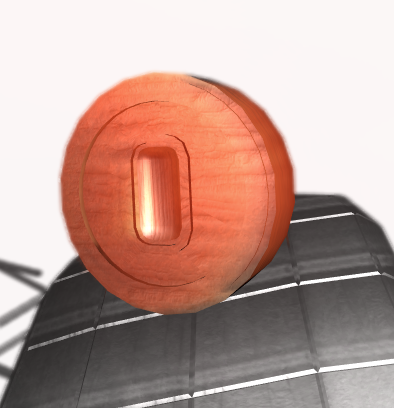 The base material I used was done using FXLab (since this was in Unity Free) which has been a huge help for the most part of the materials in this project. As you can see from the edges of the material showed above, it is this slightly silicon-like material which is quite weak at points.

It also this wooden texture which will flow throughout the ring. 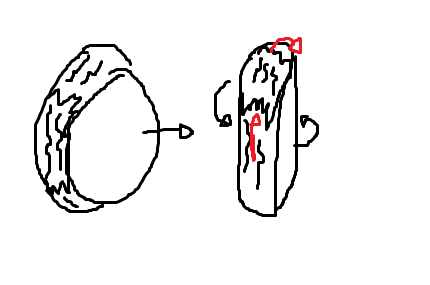 I then went across and made a glass material for the inside of the coin (applied to the body). 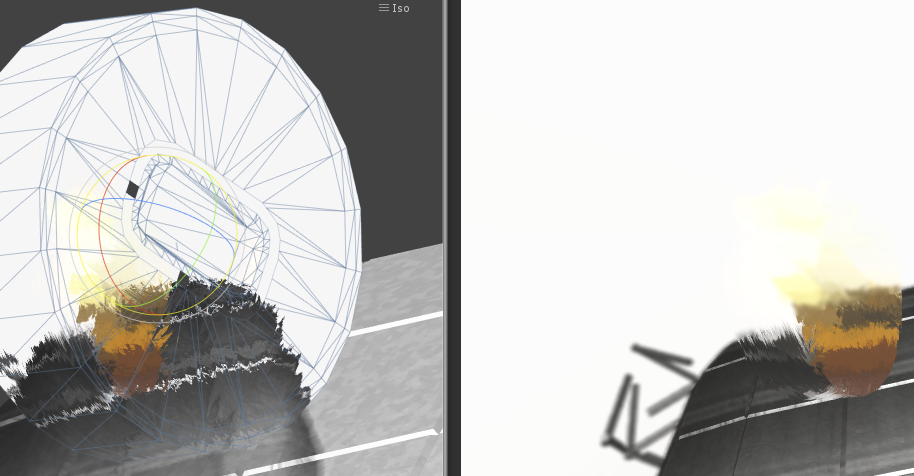 The glass material has hints of the orange colour which will be used for most of this coin.

When I combine it with the ring and digit (the digit uses the same material as the ring), the orange colour inherited from the ring flows and refracts through glass. 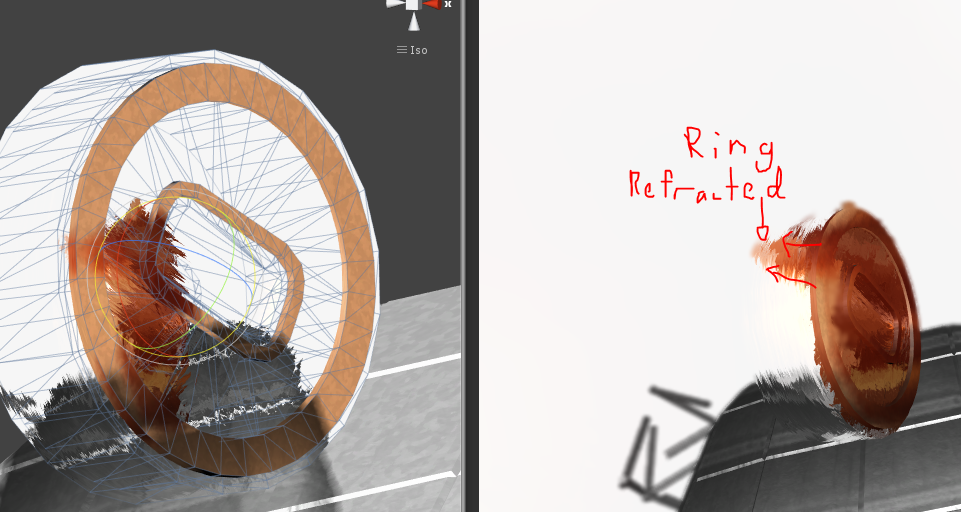 When the light shines through and highlights the ring material, the glass inside gets illuminated.

Currently, the coin looks a bit like it has layers of wet paint but the way I made sure it would have a very 3-dimensional look upon rotating is by putting in the innard.

The innard may look very simple, especially since all it uses is a Vertex-Lit material which comes a default, however it is much more powerful than what it seems when combined with the rest of the coin.

So if you remember hearing me explain how the glass has this refracted material to it, well upon putting an object inside it, the colour of the object flows through the coin partially.
Here is how a green cube comes out:

Since they are conflicting colours, the green doesn't come through the glass entirely.

When I put the innard inside the coin, being a very abstract object and having the orange colour which is consistent, the object is reflected and refracted through the inside of the coin.

Since the camera as a gradual depth of field (it blurs the distant object), the camera catches certain points of the coin, making the glass appear jagged at points.

Another large factor which plays a part in the coin effect is the character and the world around it.

Thanks for reading this first entry to Strailton.
I hope you've learnt a lot so far, or you've just enjoyed reading this.
Sorry for spelling mistakes.
Thanks