This week, I have mainly shifted focus towards enhancing bullet physics like bullet penetration, wind drag, and other various mechanics. Also, we have added the second game mode to the game: Deathmatch (Free-for-all).

Welcome back to the fifth week of development in Darkraze! Hopefully you have enjoyed last week's update video demonstration.

This week started with improved bullet physics and the introduction of bullet penetration. You are able to shoot through thin walls and very light materials. The calculation is based on the amount of material that the bullet has went through, and the density of that object. It will also reduce damage and velocity of the bullet accordingly, making bullets have less stopping power. Bullet drag also plays a role, decreasing damage and velocity of the bullet over time.

Bullet penetration in action. It will penetrate the thinner side more easily than the thicker part. (ignore the stretched bullet holes, it's an internal game engine bug)

Bullet penetration and its deadly effect on enemies. What you see is for demonstration purposes only.


In addition to improved bullet mechanics, we have added a new system to prevent the player from going out of the map boundaries. Going out of this boundary will automatically kill your player. 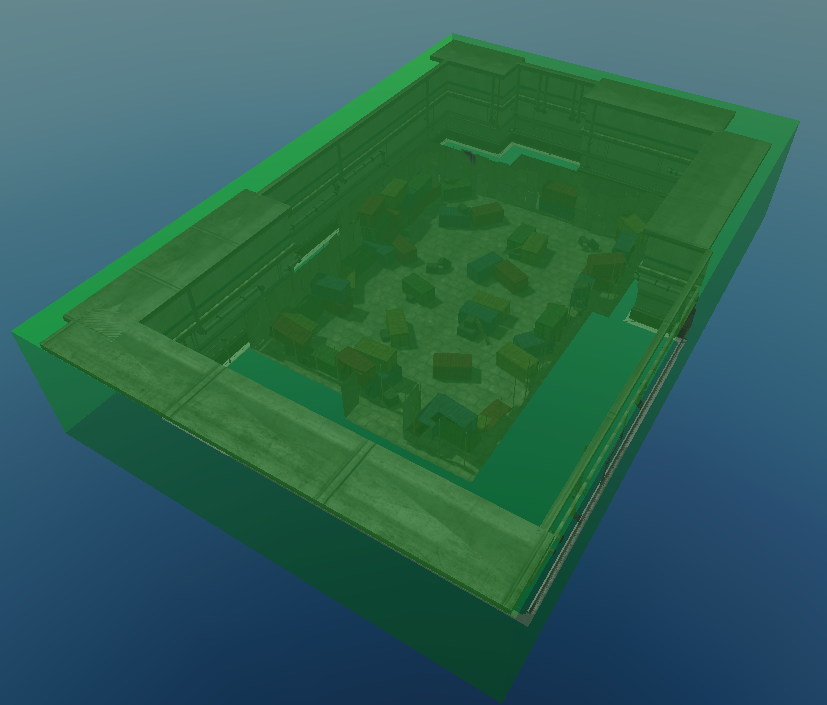 The green area represents the safe area of the map. Going outside of this area will kill your player.

Of course, these aren't the only changes that we have made during this week, but there are also minor changes that help improve the gameplay a bit.


We hope you enjoyed what we have added to the game this week, and we will keep you updated next time. School is starting tomorrow (September 1st), so this will mean slower development for the next 9 months.

Boundary killzone isnt quite nice solution to the problem.
It is very frustrating when you fall through geometry because of lousy modelling\level_design and game punishes you for that.
At least make it so it wont affect the score.

I assure you that you won't fall through geometry, and that getting out of the map boundaries is intentional. If you stay within the boundaries and don't attempt to get out, then you should be fine.