Today, we're breaking our years-long silence to show you what we've been up to! 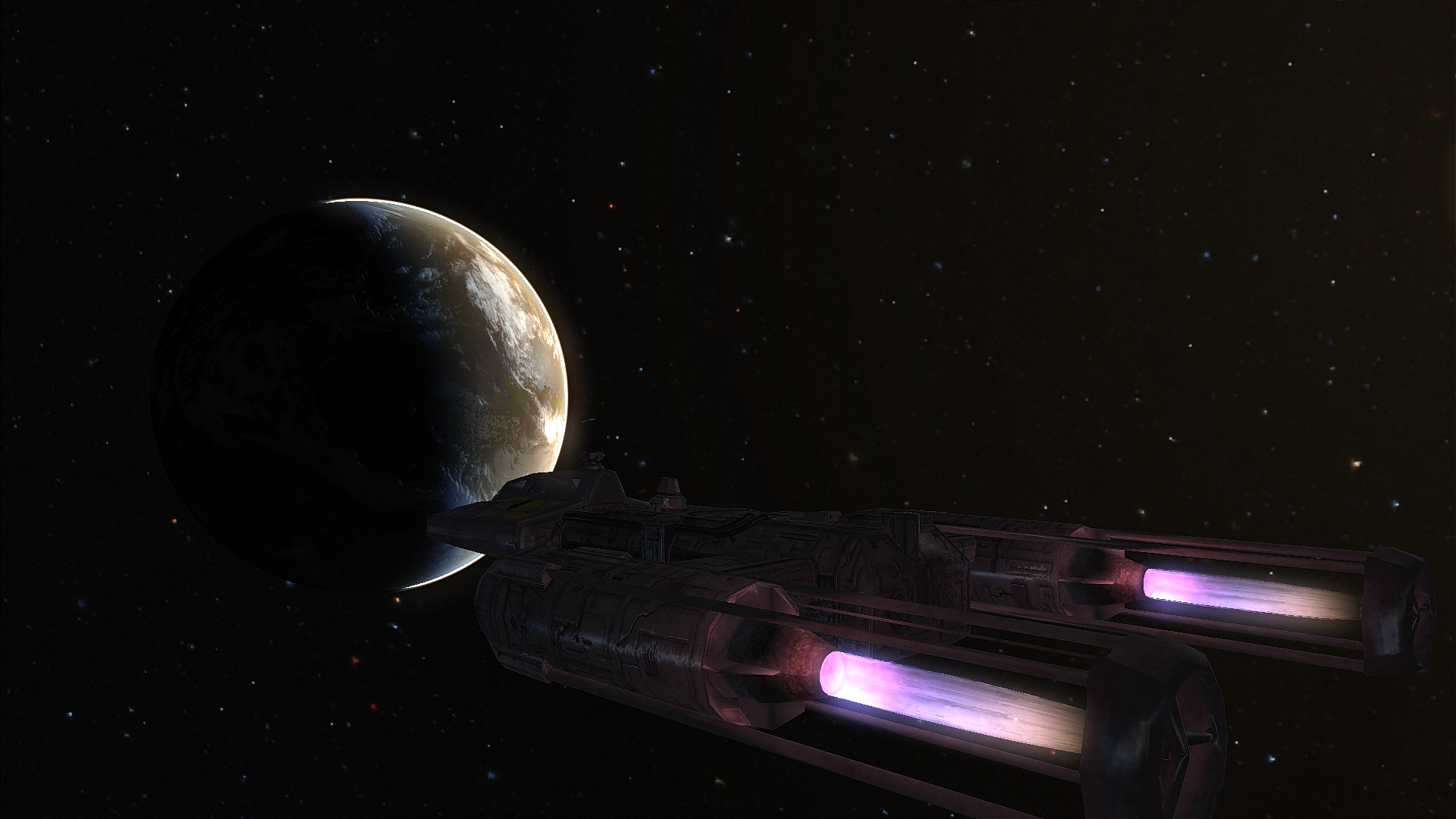 Greetings ModDB! There has been an awakening, and you're about to feel it.

A lot has happened in the approximately two-and-a-half years since our last post here. So much has happened, in fact, that we could not possibly cover every update, every new feature and every piece of news pertaining to Freeworlds: Tides of War in this post, even if we wanted to. What we are here to do is reacquaint people with this mod, and touch on some of the big things that have changed since we last poked our heads out into the wider modding world.

Before we get into what’s changed, we feel you deserve an explanation on our near complete silence over the past couple years.

To be blunt: our initial release had bugs and issues that we simply could not fix fast enough. The content of the game itself was also not enough to carry us through a long, rocky period. Rather than keep updating this page with every minuscule change, we decided to hunker down and focus on making the game stable enough for mass use and refine the action into something more immediately engaging.

Though there’s still work to be done, we’ve made some great progress, and we’re ready to show it to a wider audience. 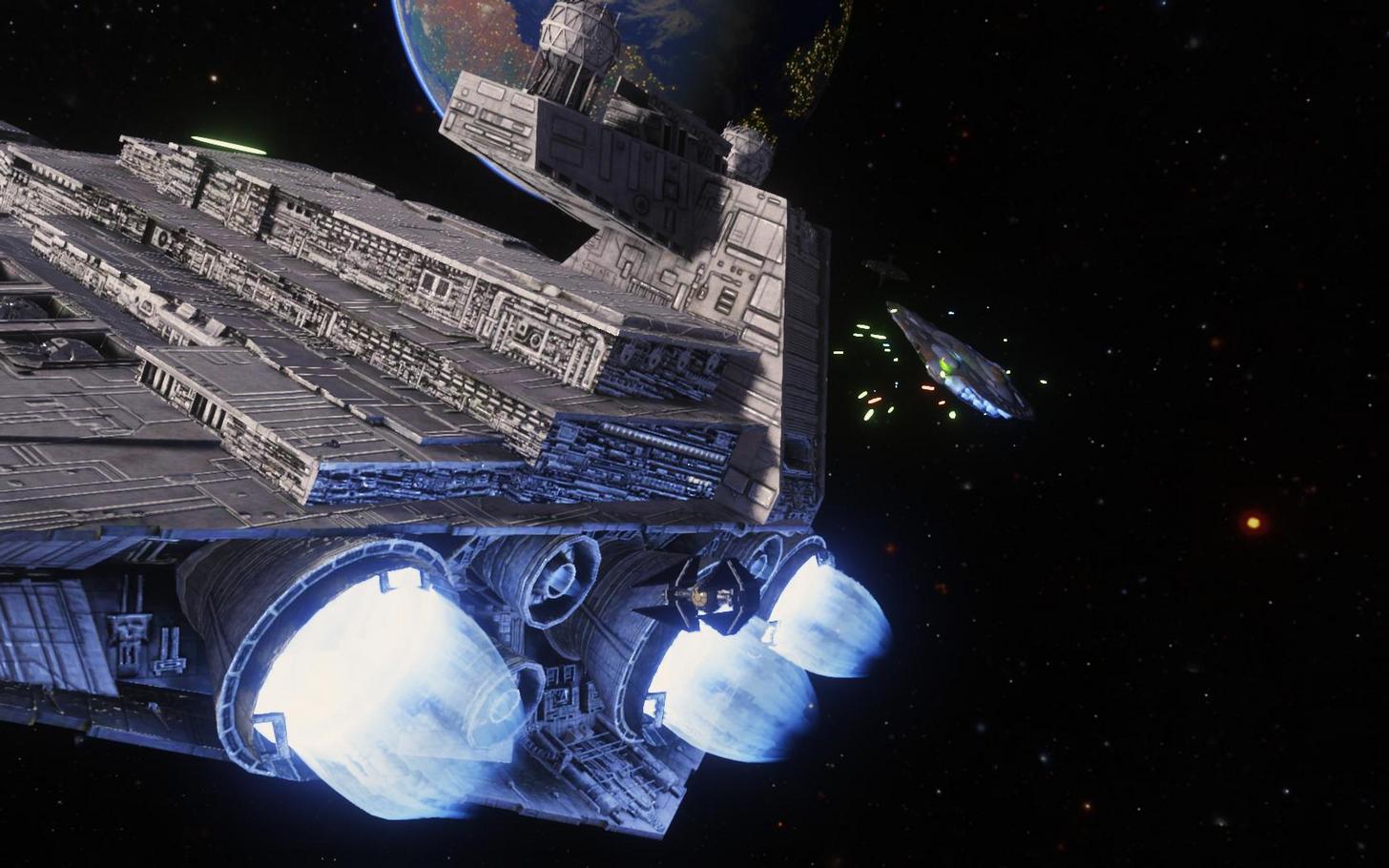 FriendlyFire (graphical wizard and code hacking guru that he is) has completely reconstructed the hyperspace system from the ground up into an absolutely classic Star Wars hyperspace experience. Stars now properly streak on entry and exit, ships zip through tunnels with impressive speed, and the jumps themselves provide a twisting, turning challenge if you're in a real hurry to leave.

Seen above: New hyperspace travel and effects in action, as well as new UI elements.

The game has also improved immeasurably on a graphical level as well. Quite frankly, Freeworlds has so little in common graphically with the original Freelancer at this point that it's hard to believe they run on the same engine.

Overall, the game is simply a more polished and stable experience than it ever was when our first major release was pushed out. Since then, everything from the UI to the AI has improved, and we're really excited for more people to come check it out. 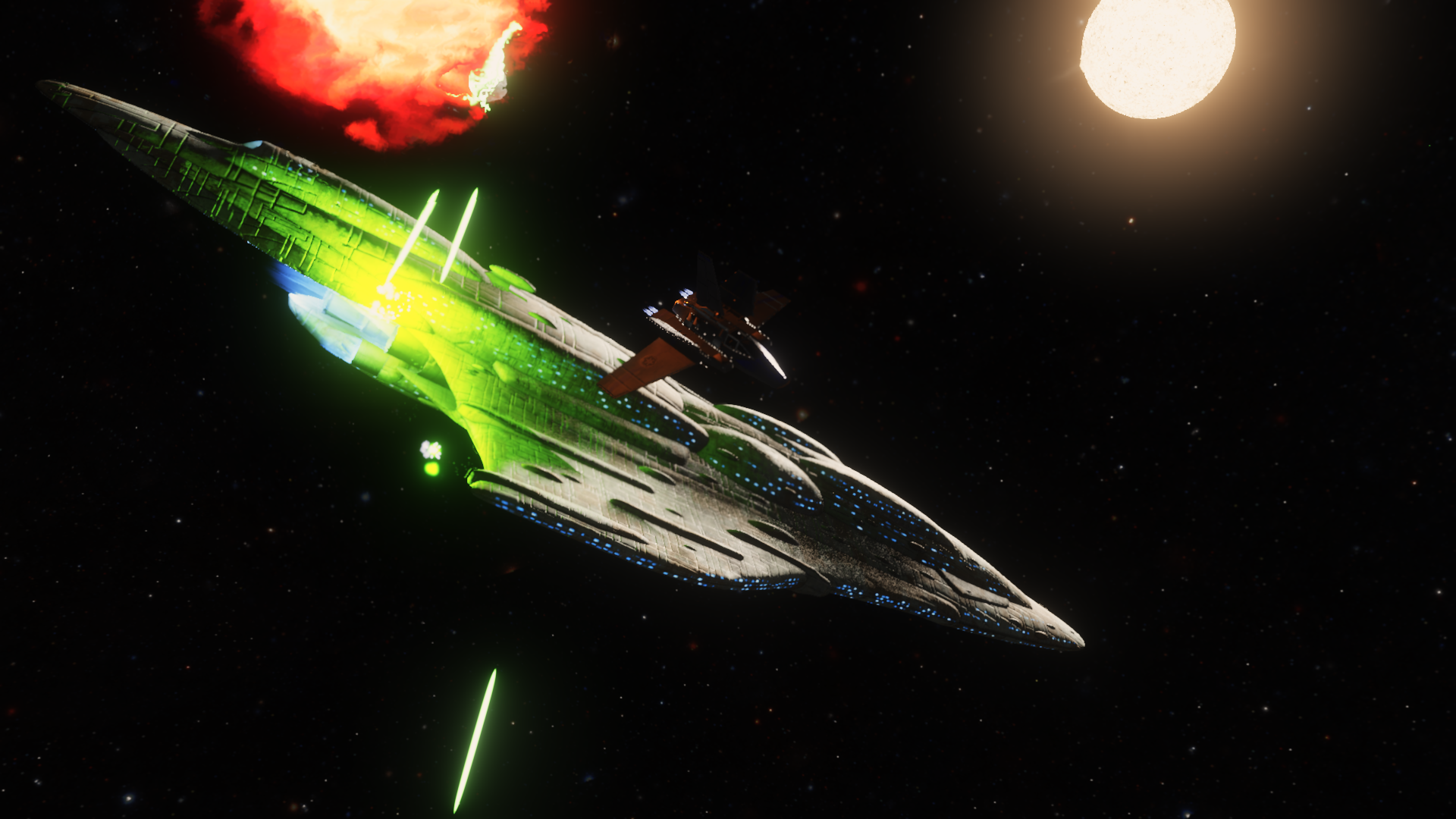 One of the biggest things missing from our initial release was a reliable and sustainable way for players to earn money through combat, and find good opportunities to use our long list of capital ships. Yes, the traditional bar missions were available and the occasional player vs. player battles, but neither of these ever provided enough of the large scale Star Wars fleet combat we wanted to deliver.

To solve this, our developers FriendlyFire and Kalis created a unique feature we call the Conflicts System. Certain areas in every system are designated conflict zones. When you enter a conflict zone in an area where you have a hostile relationship with the locals, the game will spawn a group of vessels that are roughly matched to the size and combat capability of your vessel.

For example, you and your buddy are flying a pair of X-Wings on patrol through Imperial-held Bilbringi; the game then reacts to this by sending a group of TIE Fighters (or Interceptors, Defenders, etc, etc) against you. If you manage to fight them off, you'll be rewarded for your efforts, but the game will continue to send threats against you until you've had your fill. This system works for the smallest fighters to the largest battleships.

Yes, your Imperial battle group will be met by a flotilla of Mon Calamari cruisers and other assorted New Republic vessels! 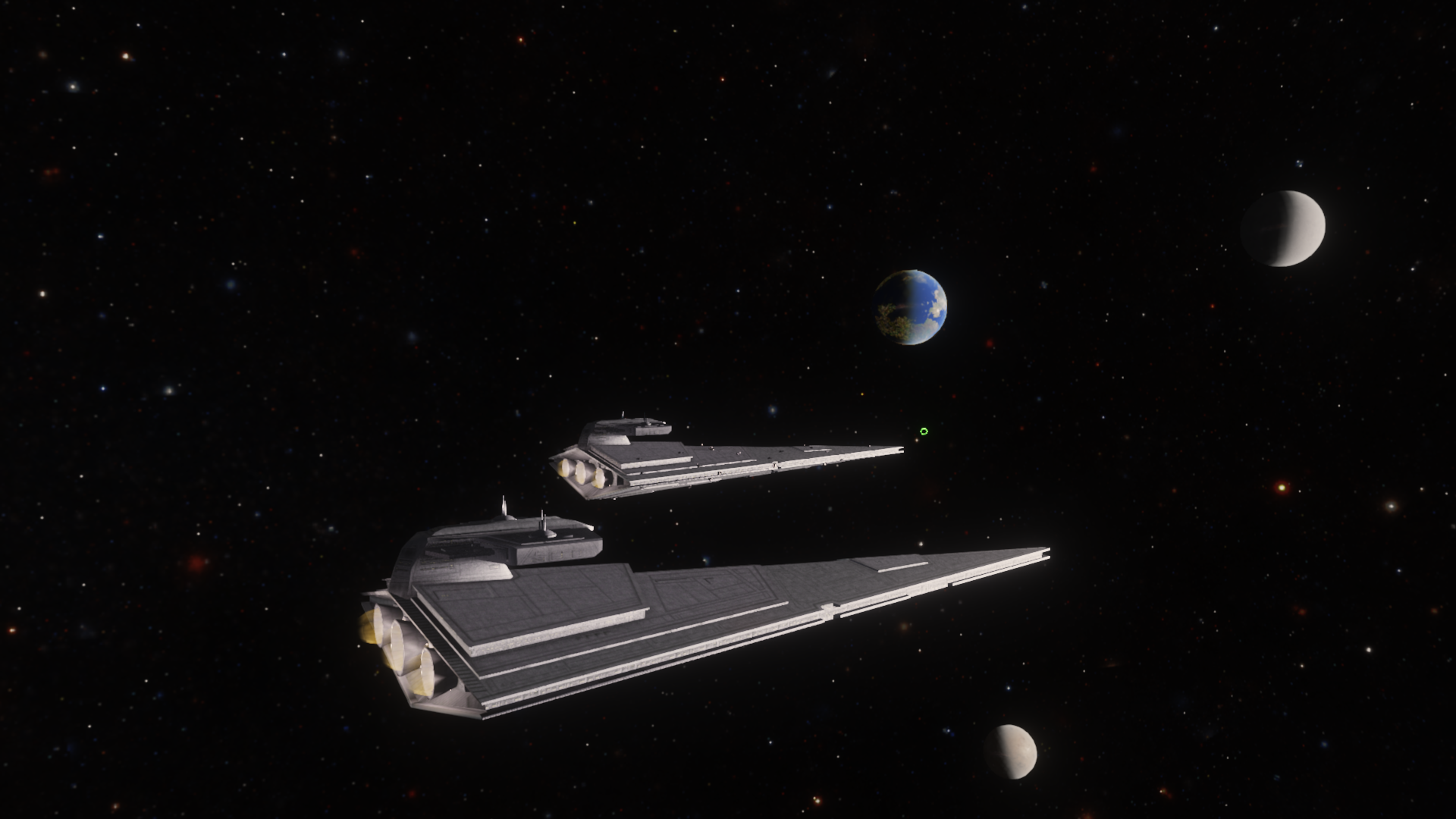 In the initial release of the game, we opened four major factions (New Republic, Imperial, Corellian, and Hutt) and recruited people to lead those factions in-game. Meanwhile, an NPC faction leader (controlled by the admins) was still technically in control of the faction to prevent any major upheaval with regards to faction politics and lore. The player leaders were responsible for recruiting other players to their faction, organizing military units and waging war. We've now changed that setup, just a little.

Rather than having each faction consist of a single monolithic player-group, players are now permitted to form any group (fleet) they wish under a faction of their choosing (this is still limited to the four major factions, as well as civilians and pirates). Fleets must still adhere to general faction directives and lore but may organize themselves any way they like.

What your group is called, how you play and what your story is, that's all up to you (within reason). If your sole purpose in life is to roam the galaxy in a drunken pirate wolfpack, go for it! You want to be the next elite New Republic fighter unit, tell the Rogues to watch their six. Please be advised, we will be imposing some light regulations on groups, such as a minimum member requirement, restrictions on names, and making sure groups stick to their faction's available ship list. 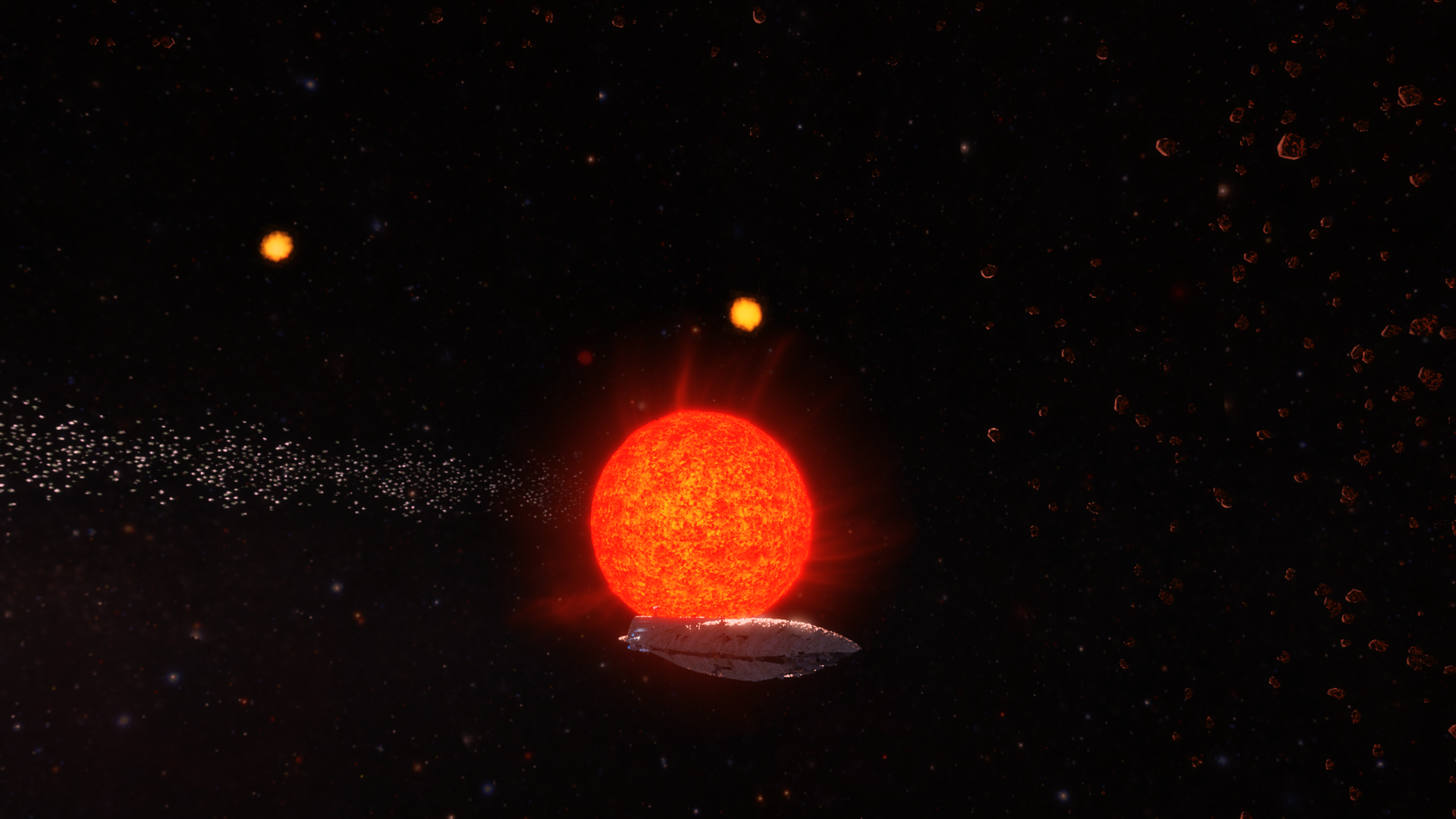 In late 2013, we reserved the domain name www.galacticnews.net and began to use it as a place to post in-universe articles related to the mod's lore. However, in 2015, the site switched gears and became the home of our weekly (currently bi-weekly) development blog. Since then, we've posted one-hundred and sixteen development blogs, covering patch notes, new features, lore and roleplaying events, and everything in between.

For those of you wondering why our ModDB page went from semi-active to silent, this is partially the reason why. Galactic News has become a useful and flexible platform for posting our official regular updates, whereas ModDB, we feel, is a better place for us to make major announcements about the game.

We will continue to use Galactic News as the primary development outlet, and encourage players and fans to check the site regularly for updates. In fact, if you're curious about where we've been and where we're going, there's literally years worth of posts to soak up! 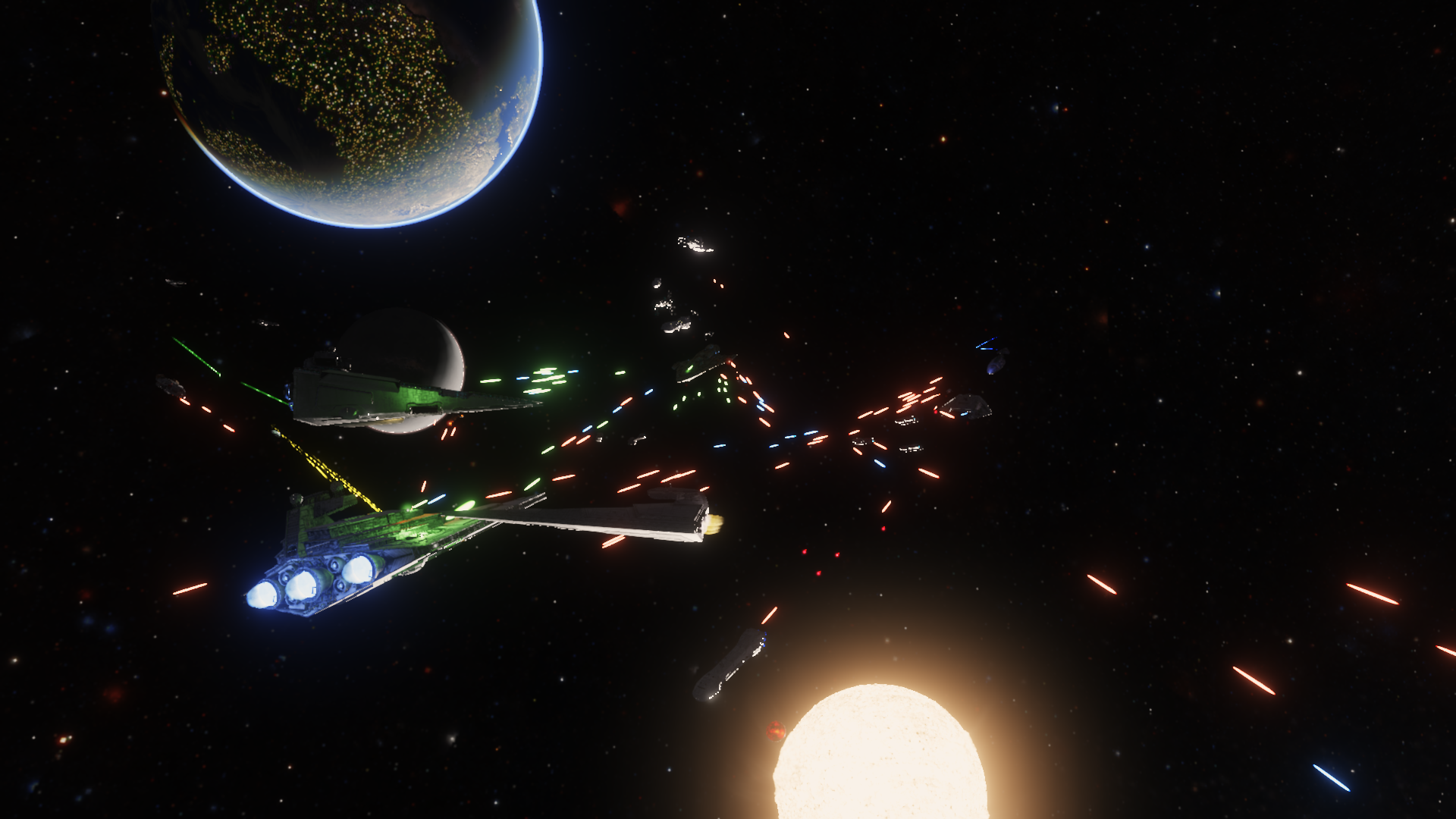 Many of you will remember that, for many years, every iteration of Freeworlds relied heavily on the use of forums for nearly every aspect of the game. We used it to coordinate development, organize factions, roleplay, and communicate in general. Though the forums at www.freeworldstidesofwar.com still exist and are used on occasion, we've more or less moved all our communications to the Freeworlds: Tides of War Discord Server.

It's become an invaluable tool for in-game communication, as well as our primary means of socializing within the community. Say you've encountered a bug or need some help finding a specific place in-game, rather than posting your question on the forums and hoping for the best, you can ping a developer and they'll see it directly (though try not to abuse the ping function!).

It's also a great place to see and post in-game video and screenshots and keep up with the day to day activities on the server. Best of all, you don't even need a desktop client (though you can download one)! Just click this link and join!

Get Back In The Fight! 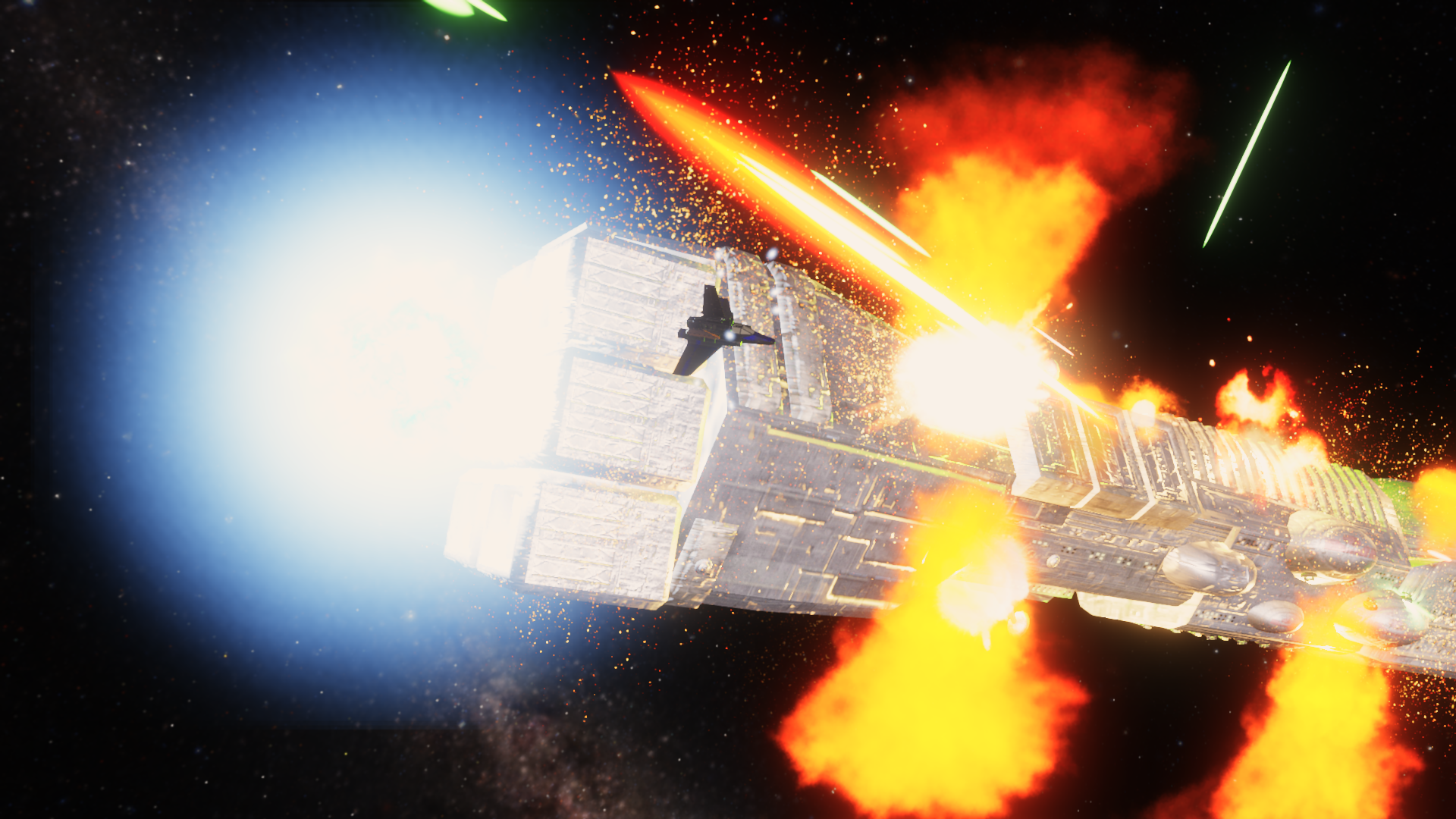 A lot has changed, for sure, and there's a lot still to come. If you played the mod ages ago and forgot all about it, come see what's new! If you've never heard of us before but you like Star Wars and blowing stuff up a whole lot, you'll find something to like here, too.

Most importantly, we want to reiterate our dedication to making the most out of Freeworlds: Tides of War. We've become more open about our process in the last couple years, developed a better overall relationship with our community and are excited at the prospect of getting more people to drop in and enjoy the game.

On behalf of the entire Freeworlds: Tides of War Development Team: Thanks again to all our fans and to everyone who has stuck with us through every update, new feature, and bug fixing session. It means the world to us!

HOLLY Great to see you guys back!!!

Just get up from the bed and see this great news. Nice!

As someone who has waited for this mod for a long time, is there anywhere to pick up the game so I could install the mod?

Please visit the following devblog post for more information on this: Galacticnews.net

You can also send a PM to me "@Darkforce" on our Discord server and I can help get you sorted out!

Been waiting for this mod for MANY years. Hope it's "finished" sometime soon. Glad to see an update, and a Discord server.

when I launch the game an error occured and the log says:
"Exception: [BadImageFormatException] Could not load file or assembly 'UacHelpers.UserAccountControl.dll' or one of its dependencies. is not a valid Win32 application. (Exception from HRESULT: 0x800700C1)"
What's wrong?

If you haven't already, come join the Discord server and the Devs should be able to give you technical help on how to resolve the issue

That seriously came as a suprise.