I'm including a couple of images I haven't shown before. The first is a model of a pig, both in its normal and mutated versions. The survival aspect of the game will be important, so there will be animals that you can kill to help you survive. However, the mutated versions of animals you'll need to be careful with as their meat will be considered contaminated and unpleasant things will happen to you if you eat it without preparing it correctly.

The other image is of some pipes and lagging that is being made for a building model that's being worked on. Once the building is completely done, we'll show it off, but the modeler wants us to wait until then. He's putting a lot of time and effort into making it look very nice and I think you'll be impressed with it.

A lot of work was done this week on the main menu for the game to get it more functional. I built upon the work that has been done already, but then got it all hooked into the backend server so you can now enter serial codes and validate them against the primary database. With the serial codes you can then create an account and log into the game officially now. This will allow us to now send out serial codes when the alpha time arrives and control who has access to the game during testing. There is still a lot of design work to be done in making the menus look nice and also several of the screens still need to be implemented - like the graphics and sound options screens.

The construction system is also continuing to progress. Time is being spent on making the fundamental materials (like wood and corrugated metal) look great, so when they are combined into actual models they will look very good. Chris, the primary modeler working on the construction system, has released a couple of videos so far that is detailing his process in creating them. If you're curious, or have an interest in modeling, I'd recommend you take a look at them on our YouTube channel. We also have a concept artist that is making some initial designs for some of the structures for the construction system, and they are looking really good so far. 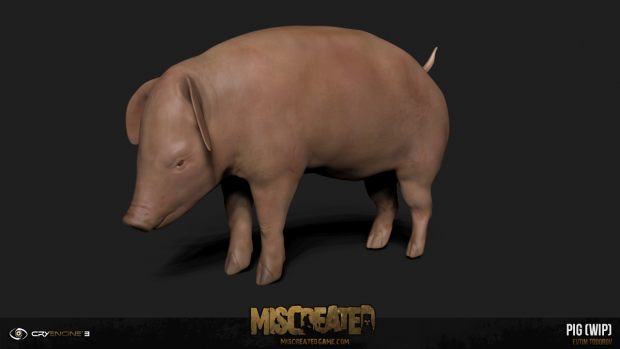 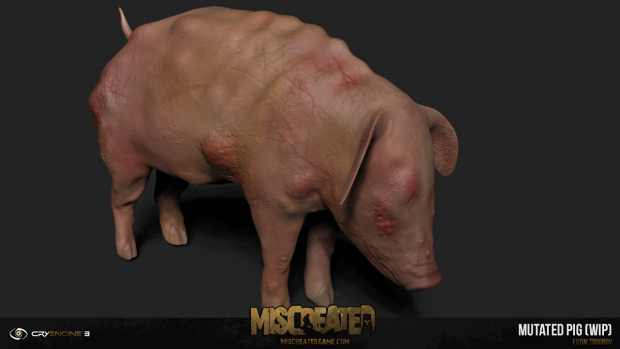 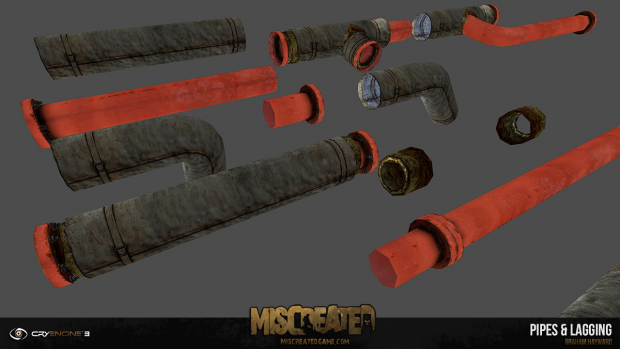 If there is a pig, does that mean there's bacon?!

There are worse ways to go than eating contaminated bacon

Bacon is bacon, I'll eat it.

add dirt to your pig and more dirt to the mutated one (hoofs, belly, snort)! otherwise good, very pink

The dirt will be added in CryEngine as there is a material layer for it we can use. The above images we're made from the modeling package instead of CryEngine, so the CryEngine ones will look quite a bit better when finished.