The latest development update for RPG in a Box covers a bit about the upgrade to Godot 3.0 as well as some information on a few minor features that were recently added.

Hello again, everyone! I don't have as many interesting features to cover as usual in this bi-weekly development update since I've been focusing a lot on the conversion to Godot 3.0, however I thought it would be worth sharing a bit about the progress that I've made in regards to that aspect, as well as a few minor features that were added. Read below for some highlights on what I've been working on recently!

Since some of the resource files for your game project, like tiles and maps, will not be directly compatible with the new version of RPG in a Box that uses Godot 3.0, I've been building out a feature that will let you export your project files into an intermediate format that can then be imported into the new version without needing to recreate anything. In addition to that tool, I've also been focusing on getting some of the basic Voxel Editor functionality working. In the first test build, I plan to have support for at least loading and viewing your models, and then I will gradually add in all of the editing tools.

I am using this upgrade to Godot 3.0 as an opportunity to clean up a lot of my code and apply lessons learned from what I've designed up to this point. I have been gradually re-implementing features in small chunks so it's easier to test and ensure that the code is well organized. This will also provide some great opportunities to implement new features and usability improvements that would be difficult to do with the current version without some extensive effort. 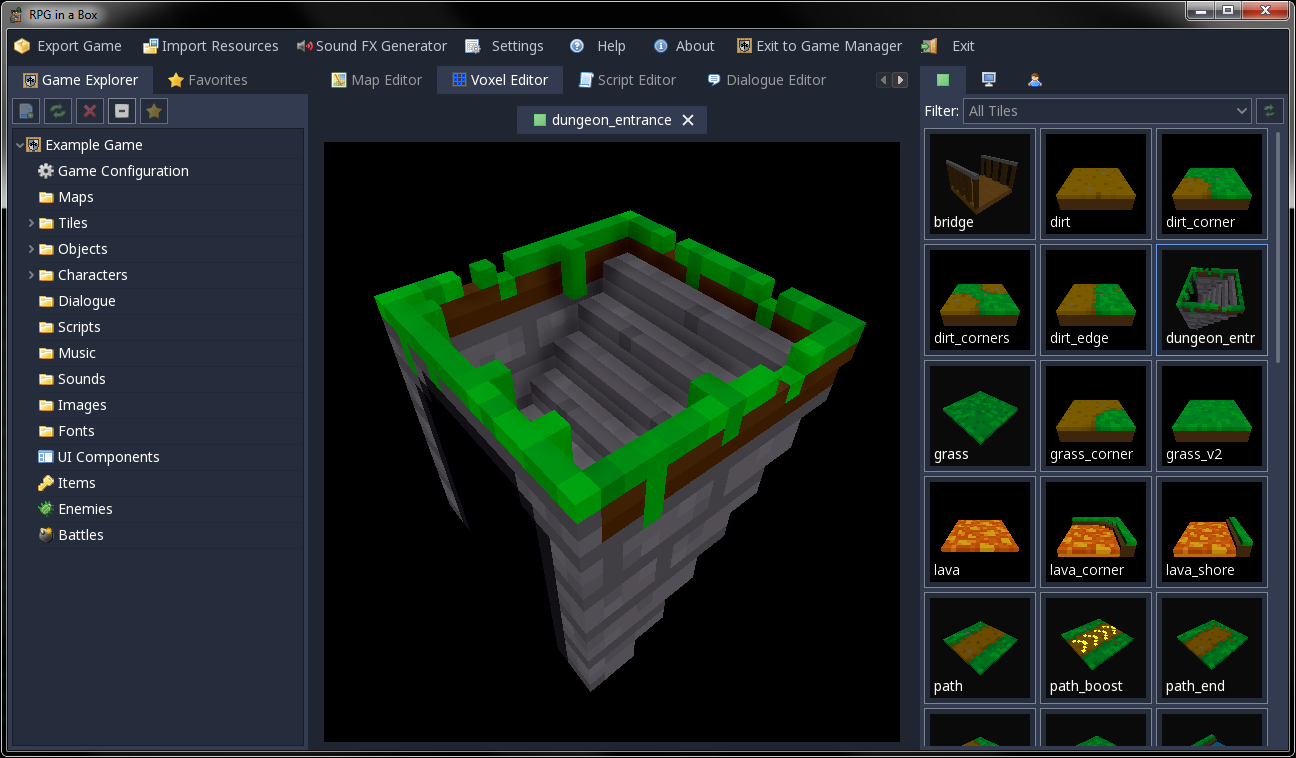 A new feature that I've implemented as part of the conversion so far is an expandable resource panel, as shown in the GIF below. In the current version of RPG in a Box, this panel is limited to two columns and cannot be resized. This change will make it easier to browse through the tiles, objects, and characters in your game project, and will set up the workspace to be a bit more flexible in general.

Outside of the conversion to Godot 3.0, I've managed to fit in some minor new features and bug fixes here and there. One of these features, which I've been wanting to add for some time now and finally got around to, is to display a marker icon in the Map Editor for any entities that have an ID assigned. This particular marker is represented with a "tag" icon to match the icon used in the entity properties dialog next to the ID field. This will make it easier to quickly see which entities in your map have an ID assigned without selecting each one. As shown in the image below, you can quickly tell that the chest has a script attached, is defined as a container, and has an ID assigned. 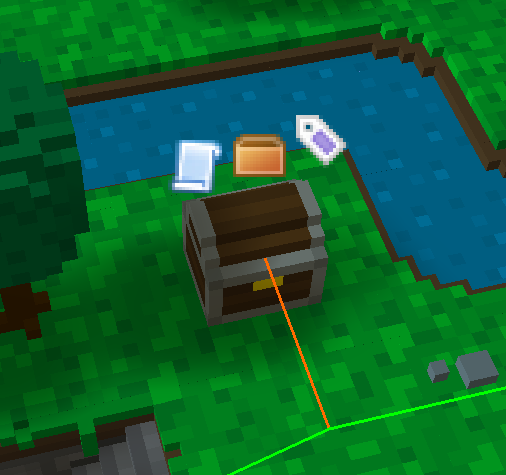 When playing your game, you can now hold the Shift key and left-click on an item in a container window to immediately transfer it into your inventory (assuming there is an open slot) instead of manually moving it into a slot. You can also use this same method to transfer an item from your inventory into the active container if one is currently opened.

And lastly, a feature I meant to cover in a previous update, is the ability to duplicate nodes in both the Script Editor and Dialogue Editor. To do so, you can simply select one or more nodes then click the "Duplicate" button. Any parameters or values will be retained for the duplicated nodes, as well as any connections between them.

Thanks so much for following my progress and taking the time to read this! Your support is greatly appreciated. :) Check out RPG in a Box on itch.io if you'd like to find out more about the tool or to try out the demo version.