The latest development update for RPG in a Box includes details about character portraits and the initial implementation of health bars and basic combat stats. 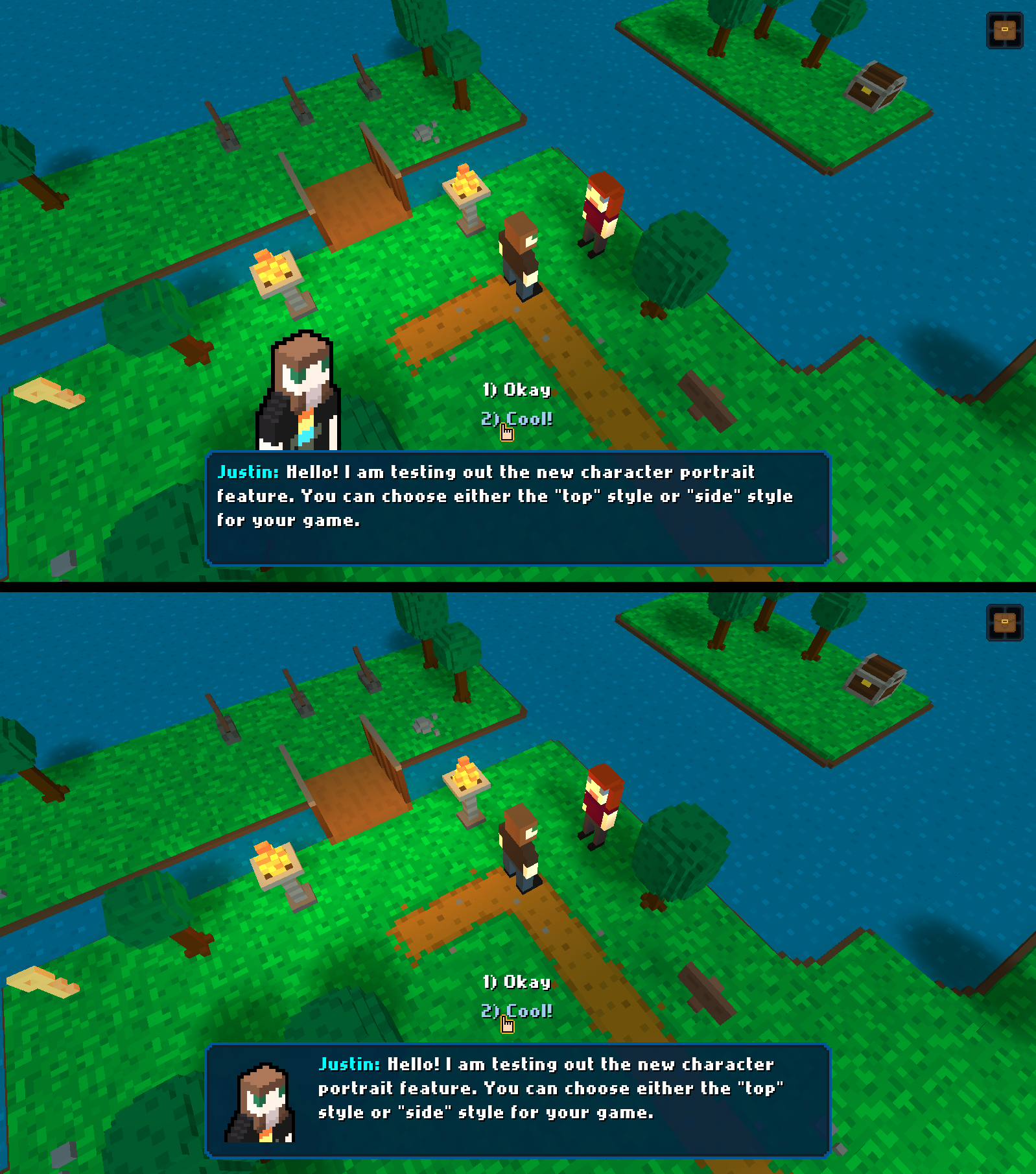 Below is another example of the top style but with smaller portrait images. Transparency is supported in the images to allow more flexibility with how they appear. Character portraits should add a lot to the game as they will help give more life to your characters. :)

In addition to defining portrait images for specific characters in the Voxel Editor, the Dialogue Editor now has a "Portrait" setting in the NPC and Player nodes. This will let you override the portrait for a particular bit of dialogue, as well as let you specify an image to use in cases of a custom speaker. 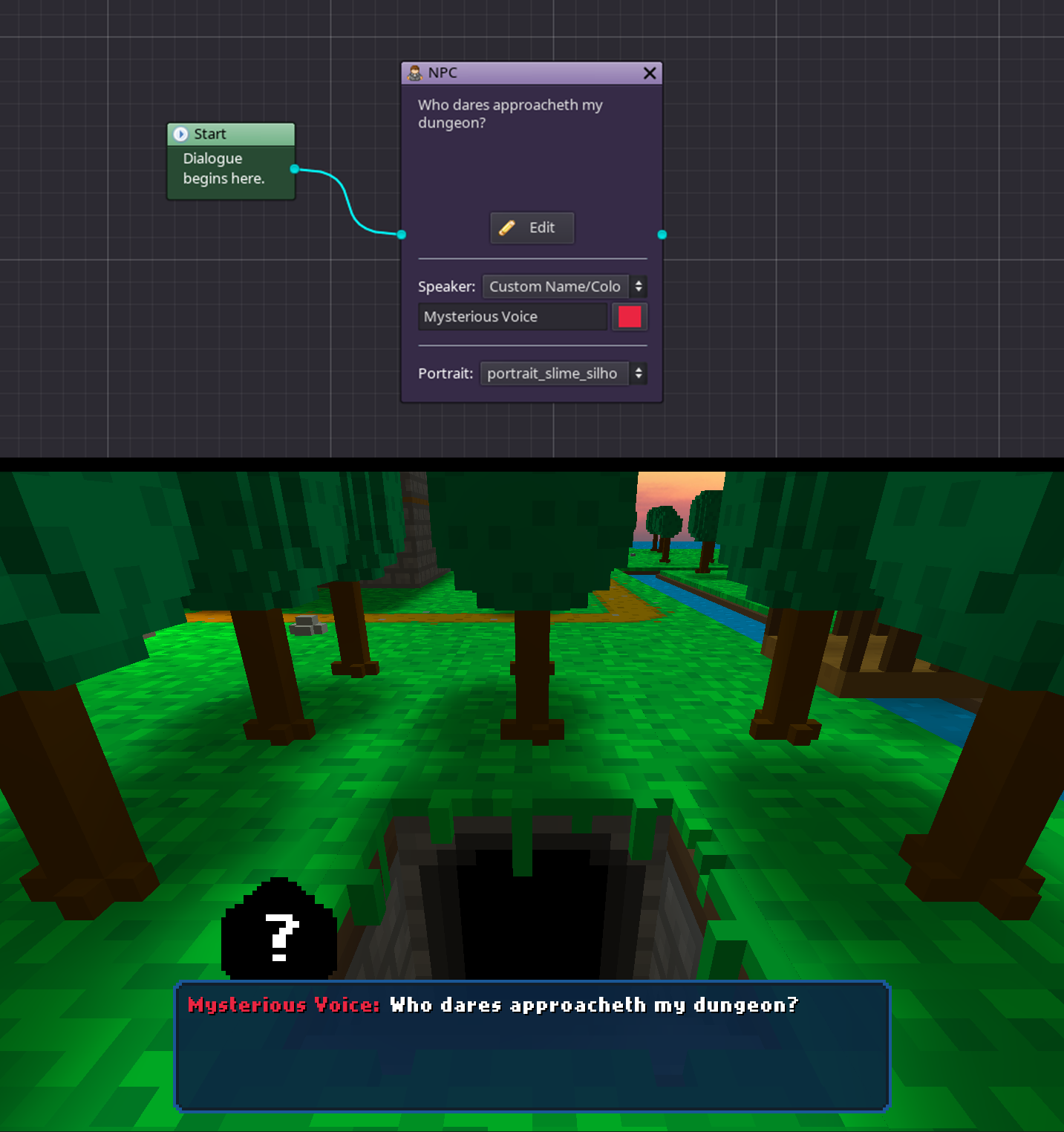 I've also recently started putting some focus into combat and related aspects after having been away from it for a while. There is nothing majorly new at this point, but I have started implementing some things to help set the groundwork for future combat improvements. Firstly, characters now have stats for health, attack, defense, and movement with defaults of 10, 5, 1, and 2, respectively. The attack and defense stats are used in a simple damage calculation during combat. To go along with the health stat, I added some health bars that are displayed above enemies.

The movement stat determines how many tiles a character can move per turn during combat. This value is set in the Properties panel of the Voxel Editor along with the other new stats of Health, Attack, and Defense. Allowing different movement ranges for your characters and enemies will be important for the default tactical type of combat. 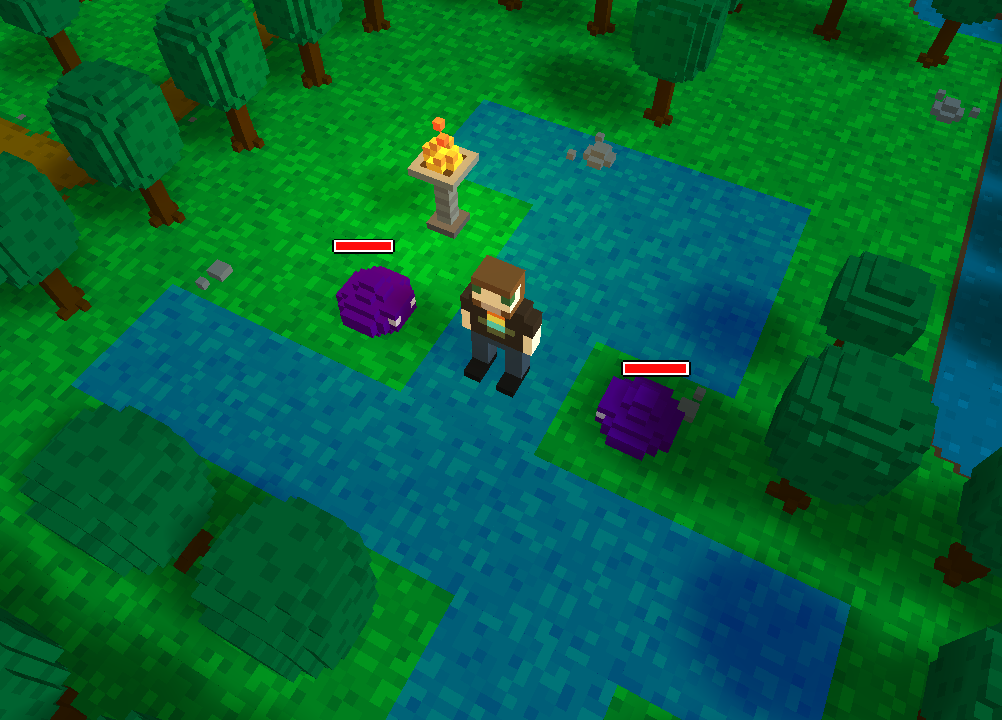 Another smaller feature that I recently added is the "Favorites" functionality. From the Game Explorer, you can now mark certain resources (such as maps, tiles, scripts, etc.) as favorites for quick access. Once marked, they will show up under the Favorites tab located alongside the Game Explorer tab. They can be reordered and removed at any time. 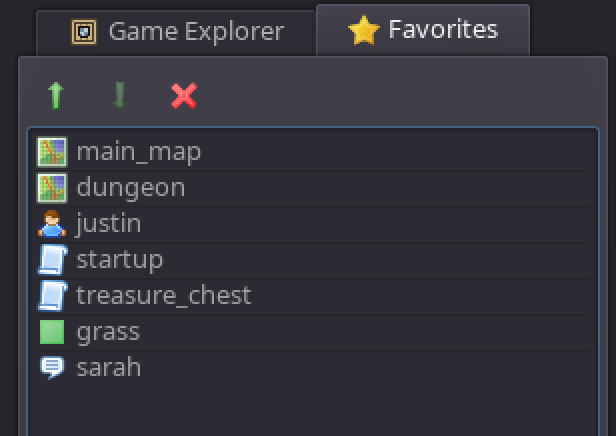 And last but not least, I thought it would be cool to share a recent screenshot from Nékromegà, a game being developed by lectronice using RPG in a Box. It's been great seeing the game progress and evolve over time! 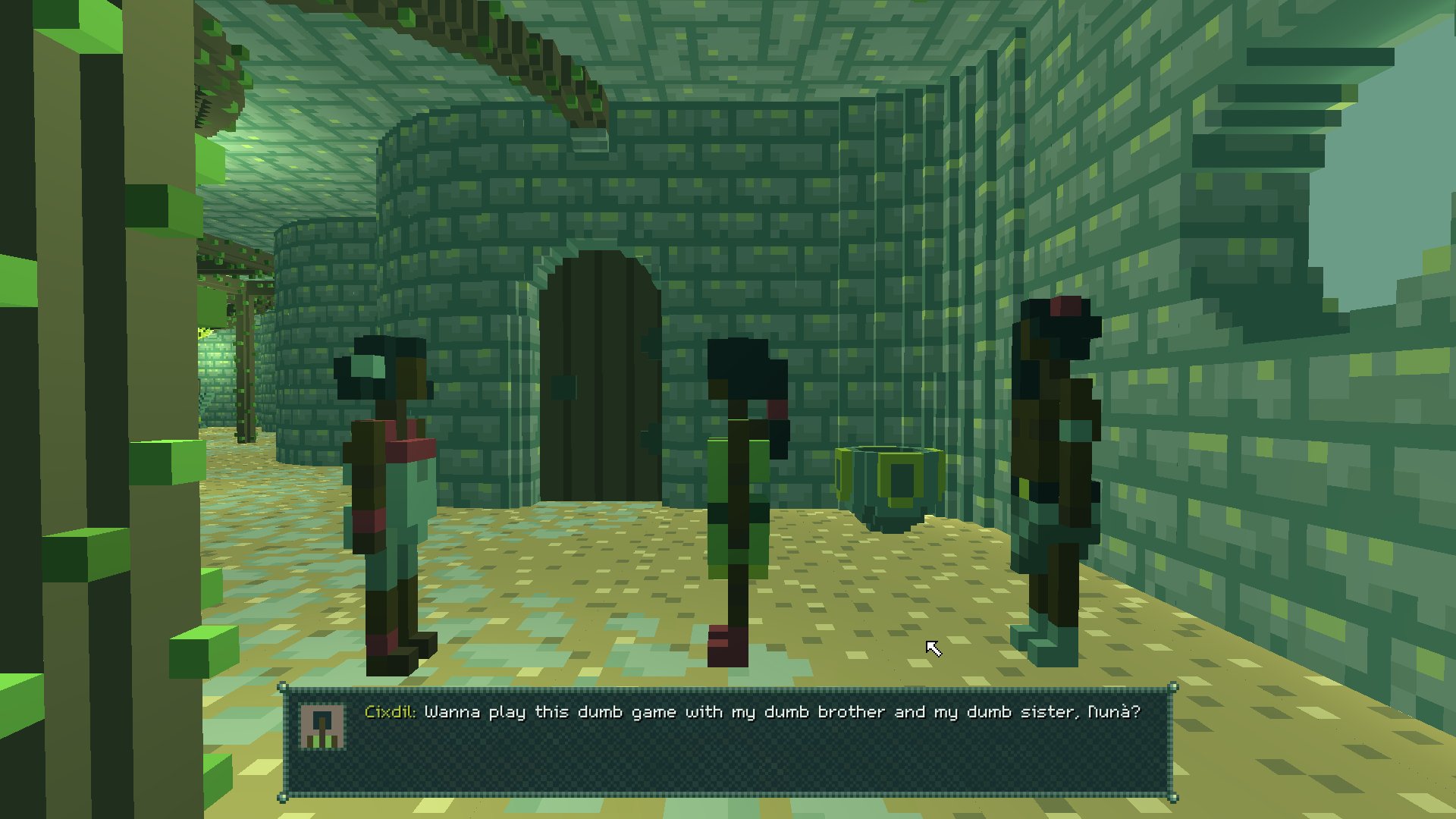 Thanks so much for reading and for the support! Check out Founder's Access on Itch.io if you have a game concept in mind and are interested in trying out the latest version of RPG in a Box.