The latest development update for RPG in a Box includes details about dialogue box changes, language selection, and spatial sounds.

Since my last development update, I've made a few improvements/changes relating to dialogue boxes. Firstly, I adjusted the default appearance of the dialogue boxes to be a bit more simplistic. The default style is now more rounded and vibrant compared to the original. Of course, with the new dialogue box image editor you are free to change the style to best suit your game! 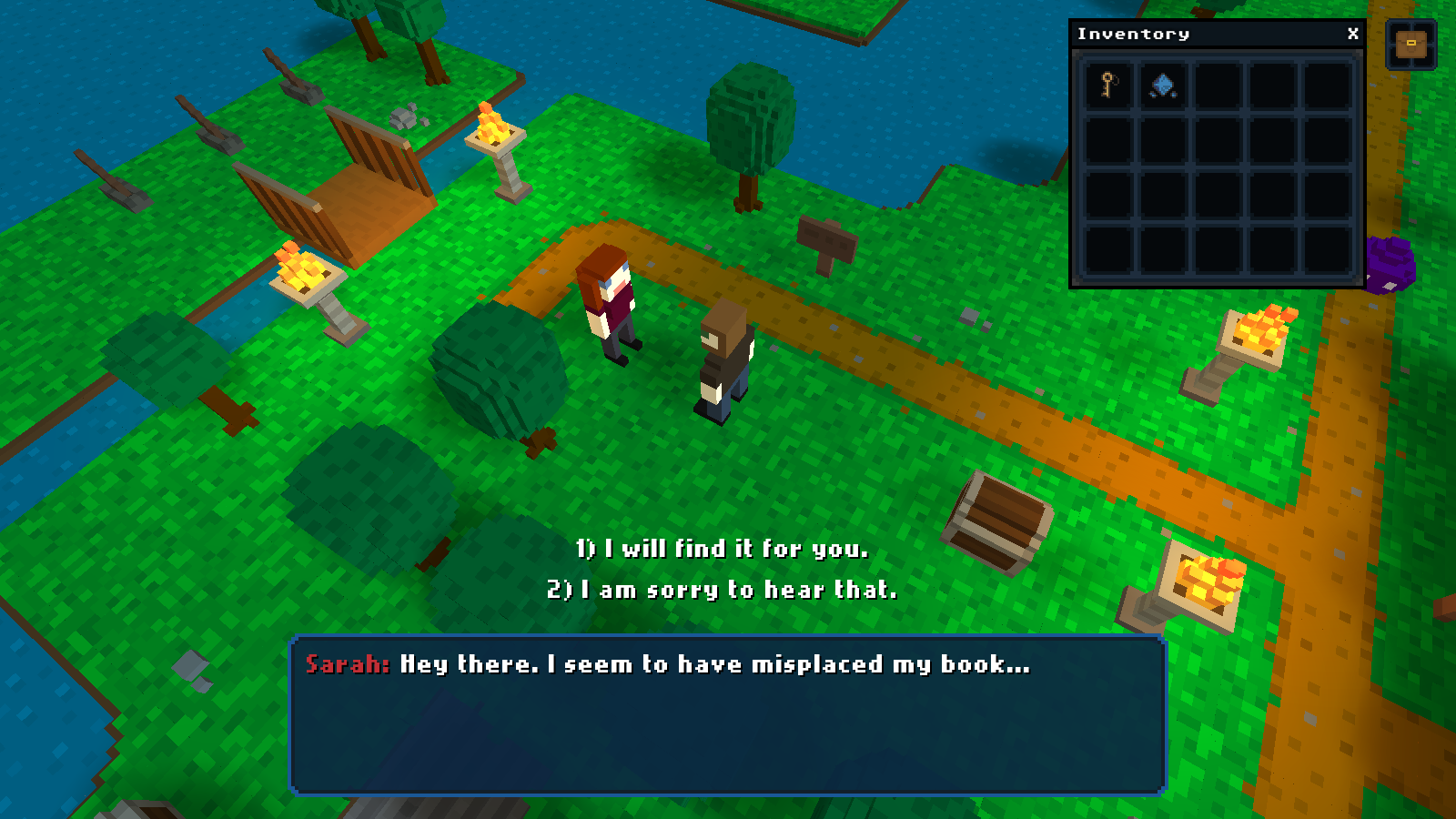 As you may have noticed in the screenshot above, I also made a change to show the speaker's name within the main dialogue box instead of within its own. I'll eventually provide some more customization around this aspect, but for now I believe this is the cleanest approach and works well as the default. To go along with this change, I also added an option to modify the color used for a character's name. In the Voxel Editor, when editing a character you can now select a "Name Color" to use when that character is speaking during a dialogue. 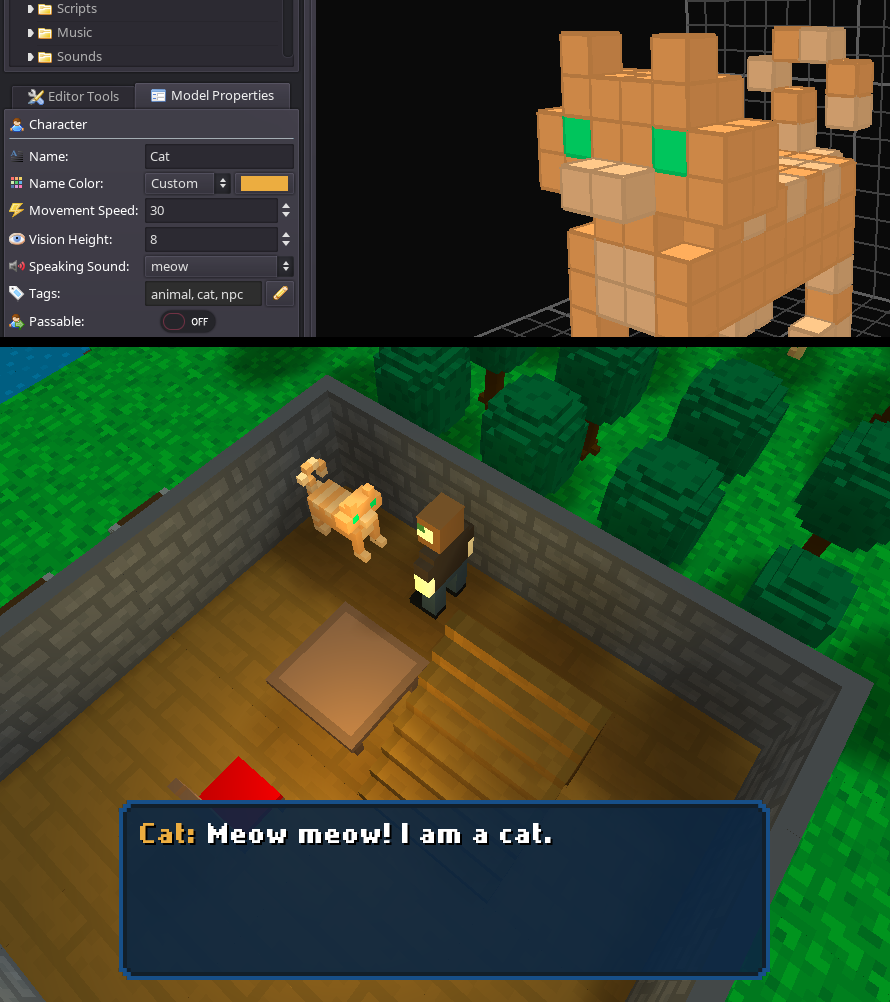 Another new feature that I have added this past week is language selection. If you imported translations for multiple languages into your game, there will now be a "Language" setting shown on the in-game options screen. As demonstrated in the video below, this setting will allow you to switch between the translations that are available. Similar to the other settings, this will be saved in the user's settings file.

I have also started maintaining a spreadsheet of built-in text for which there will need to be translations. These values will be combined with your own imported translations, so you will have the option of overriding these built-in text values or providing values for additional languages that do not happen to be supported yet. There's still a lot of work to do around localization (in particular for the editor itself), but I think I have completed some good groundwork up to this point.

Lastly, another cool feature I have been working on is the addition of positional sound support! Previously, all sound effects would be played at the same volume regardless of where the player was currently located. I made some changes to this so that now any sound effects that are attached to model animations (for example, a door opening) are now played spatially from the location of that entity. The video below is a good example of this feature in action. As I approach the slimes, their jumping sounds begin to get louder. I am still tweaking some distance parameters, but I think this will open up some interesting options for your game!

Thanks so much for reading and for the continued support! :)