In this development update, we show off some of the updated UI, new features, and a glance at QIU's new look!

It has been two months since our last development update. Two months of hard work and very little sleep. Two months and we are now so tantalizingly close to Project: Velyria's alpha that we can scarcely bear it.

So what exactly have we accomplished in the past two months? Let's dig in.

NPC Respect System: We've introduced an NPC respect system to Project: Velyria. Every choice you make in a conversation can potentially earn or lose you respect with that conversation's NPC. Having the respect of an NPC can earn you enhanced mission rewards or potentially unlock secret missions and conversations. Every NPC has a different respect threshold, so it may take some experimentation to figure out the optimal way to a character's heart.

QIU Overhaul: Our friendly, neighbourhood Query Indexing Unit has undergone a serious overhaul, upping its capabilities to guide you through tutorials and better help you navigate the world of Velyria. With a shiny new interface, QIU is ready for the big time. 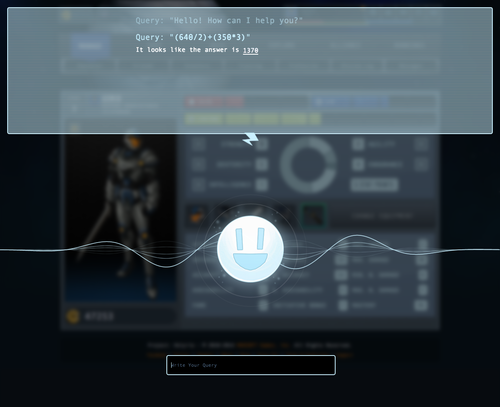 (Please note that clicking on an image will open the full sized version in a new tab.)

Play Container: We've separated the game's load screen from the rest of the game, leading to an overall reduction in load times. Additionally, with this improvement, both the chat and QIU can be used during screen transitions, ensuring you never miss a message from your buddies or alliance. 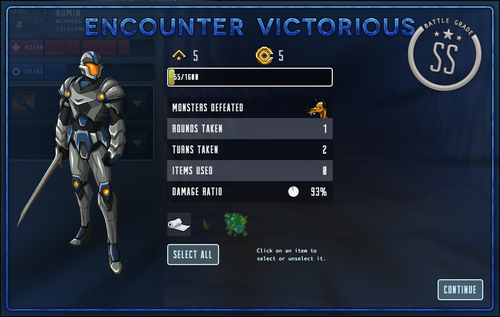 UI Improvements For Everyone: The buddy list, mission log, and combat screen have undergone some much needed UI enhancements. Buddies can be easily organized.

Missions have been separated into 'complete' and 'on-going' sections, and mission objectives are clearly marked and ordered. In combat, rounds and turns are easily distinguishable, and we've added a whole slew of new animations to improve clarity and overall smack-down satisfaction.

Additionally, NPC infoboxes can now be viewed, highlighting NPC descriptions and current respect levels, and the mission/conversation indicators on the base and briefing pages dynamically update. 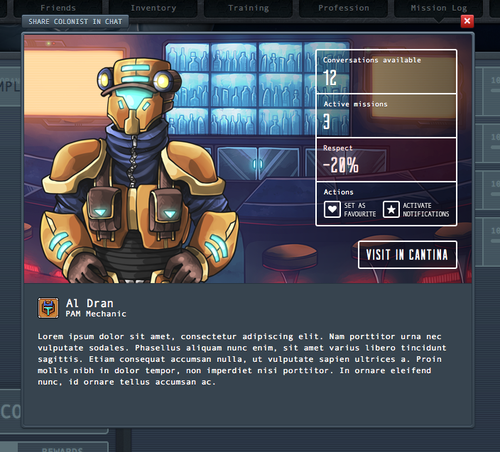 Crafting: We've reworked the crafting system, setting tight but necessary restrictions on how players can craft items. You can also now choose to discard unwanted items after crafting.

Exploration: Mission tiles now work as intended, removing and giving items depending on the mission in question.

Server Move: We finally moved the Madjestic API to our dedicated server. Everything runs super fast now!
In the next couple of weeks, we hope to release edited footage from our 12-hour Twitch Livestream we hosted back on Sunday, September 28th, 2014. During the event, our artist worked on location backdrops, and we got a chance to show-off some combat, exploration, and conversations.

We already released the first of two illustration time-lapse videos that we planned on creating using the streaming footage and you can watch it here:

Make sure you subscribe to our Youtube Channel so you don't miss out on any other videos!
The MADSOFT Games Blog will continue to post Weekly Features on Tuesdays, but as we strive to complete the alpha, we anticipate having occasional hiccoughs in the schedule. We apologize in advance if we fall a touch behind!

Finally, we want to take the time to remind you that access to Project: Velyria's alpha is restricted to people who have purchased Founder Packs. If you were holding out on buying one, your time is running out!

Thank you once again for your continued dedication and support!