Featuring: Textured versions of the G3A3, P1, Kampfmesser, and DM51, StOSchAnl map, along with a summary of the year!

As 2020 comes to a close we'd like to further update you on the state of our WIP West German weaponry, Standortschießanlage map, and a summary of some of the progress we've made in the year!

With no time to spare, we'll jump straight into our first showing, the textured G3A3! 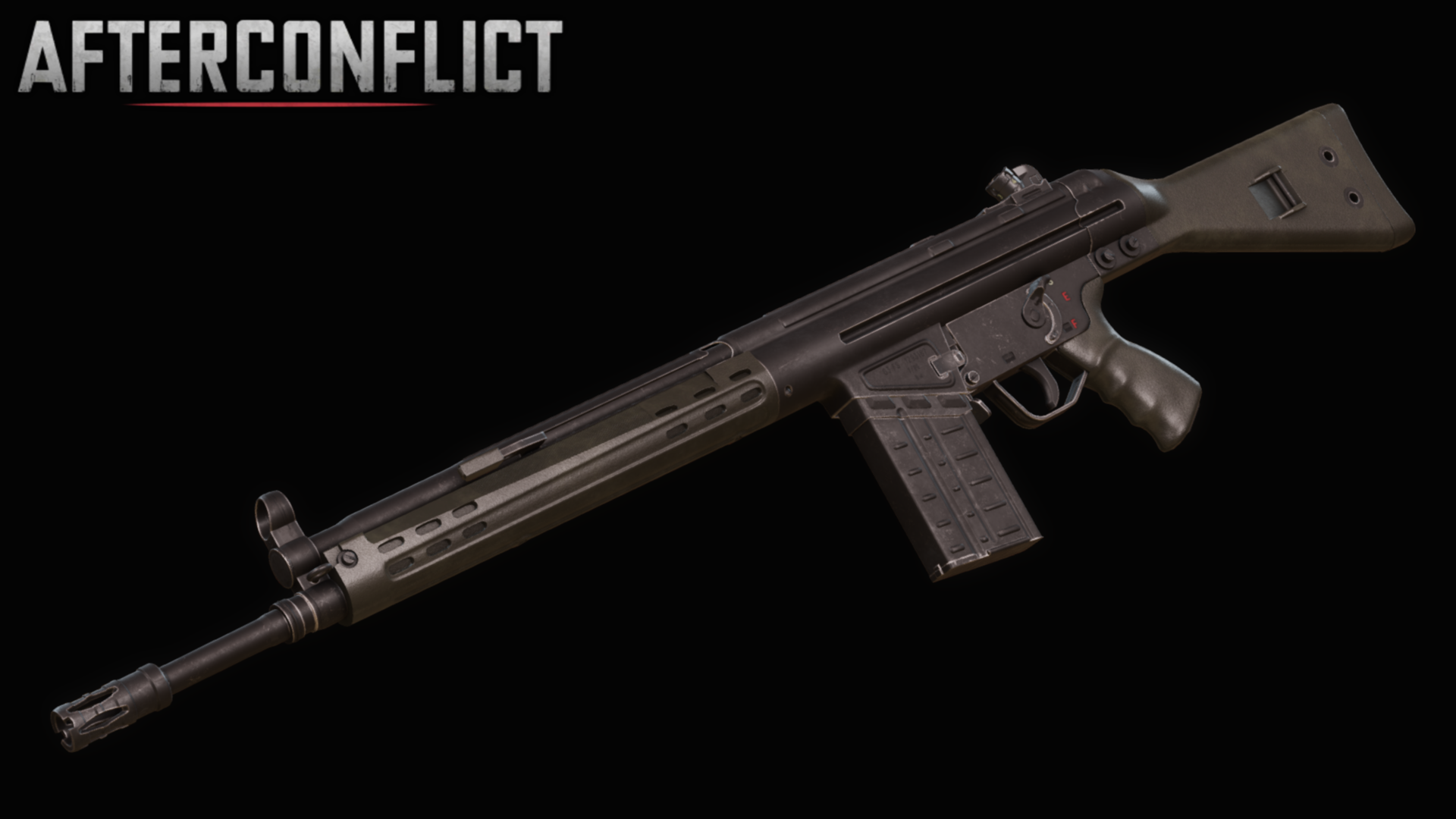 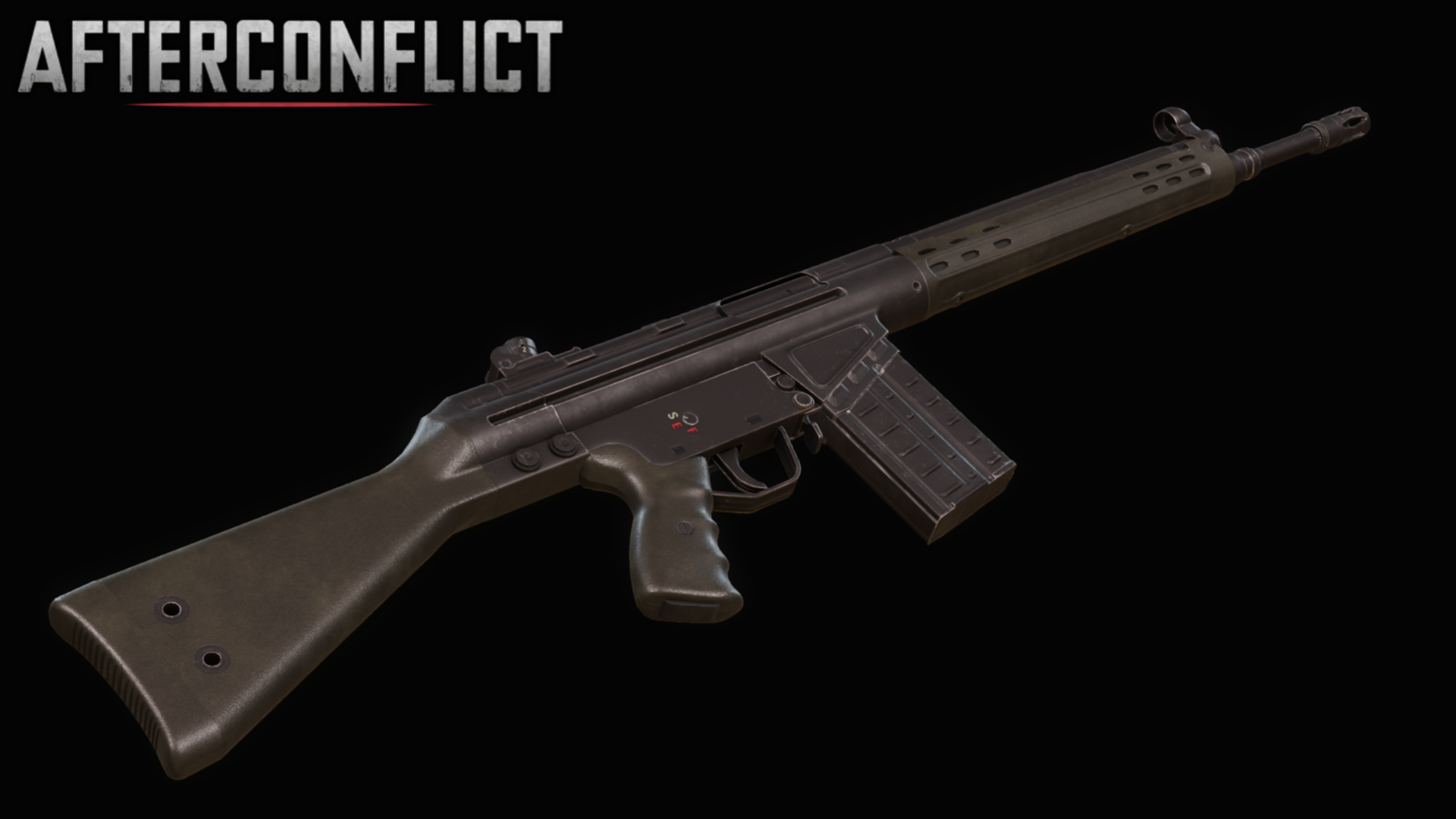 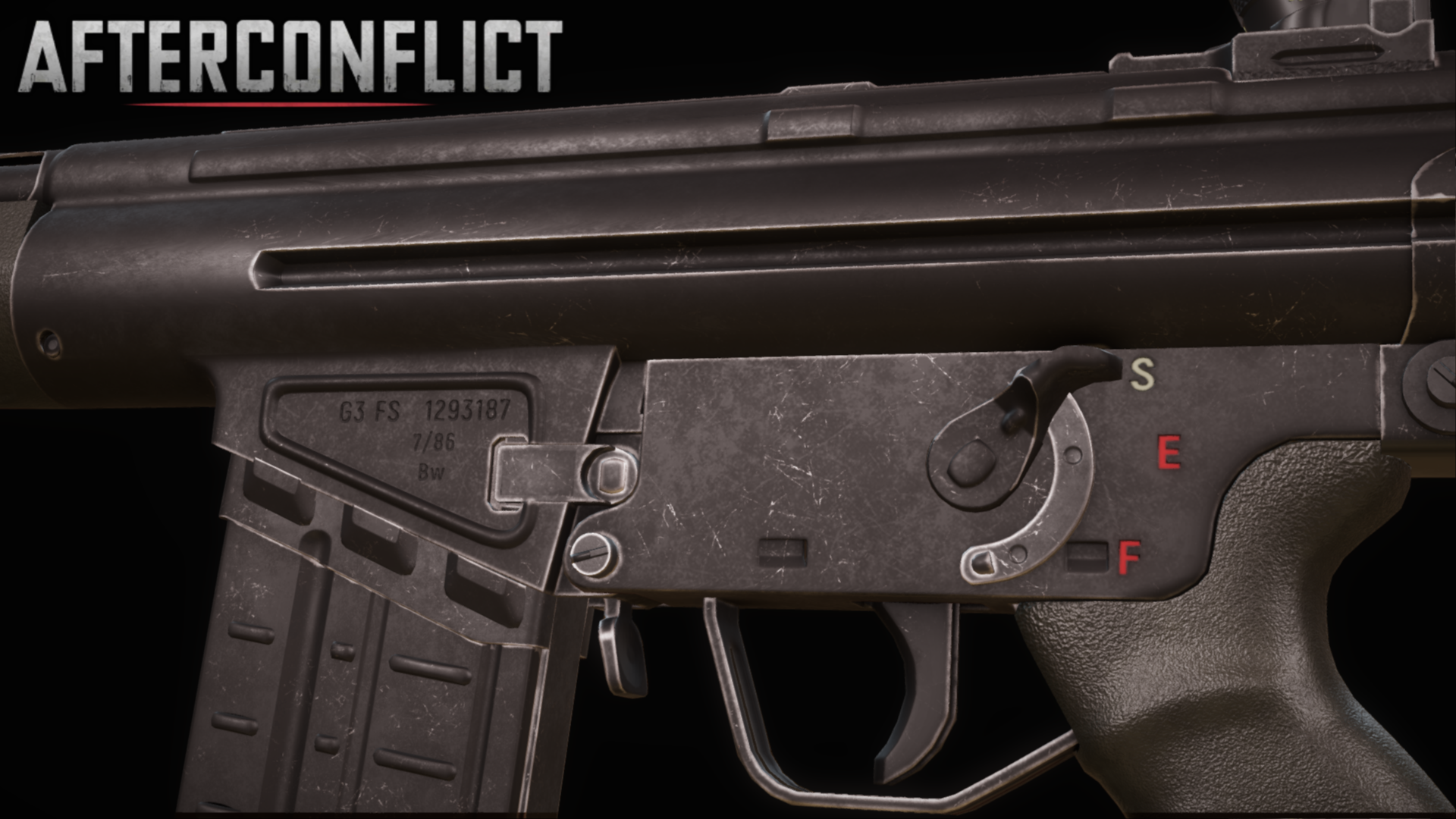 While the G3A3 we showed off previously only had the more modern, plastic furniture option that became standard for most G3 rifles since the introduction of the G3A2 in June 1962, wooden G3 furniture stayed in Bundeswehr stocks along with a lot of original G3 rifles well into the 1990s, and so because of this we've added wooden furniture for the G3A3 as a customisation option.

This was a frequently requested addition, so we hope you enjoy it!

If there are any additional G3 customisation options/variants that you'd like to see (such as the original G3, G3A1, G3A2, etc.), be sure to tell us either on our Discord server or Twitter! 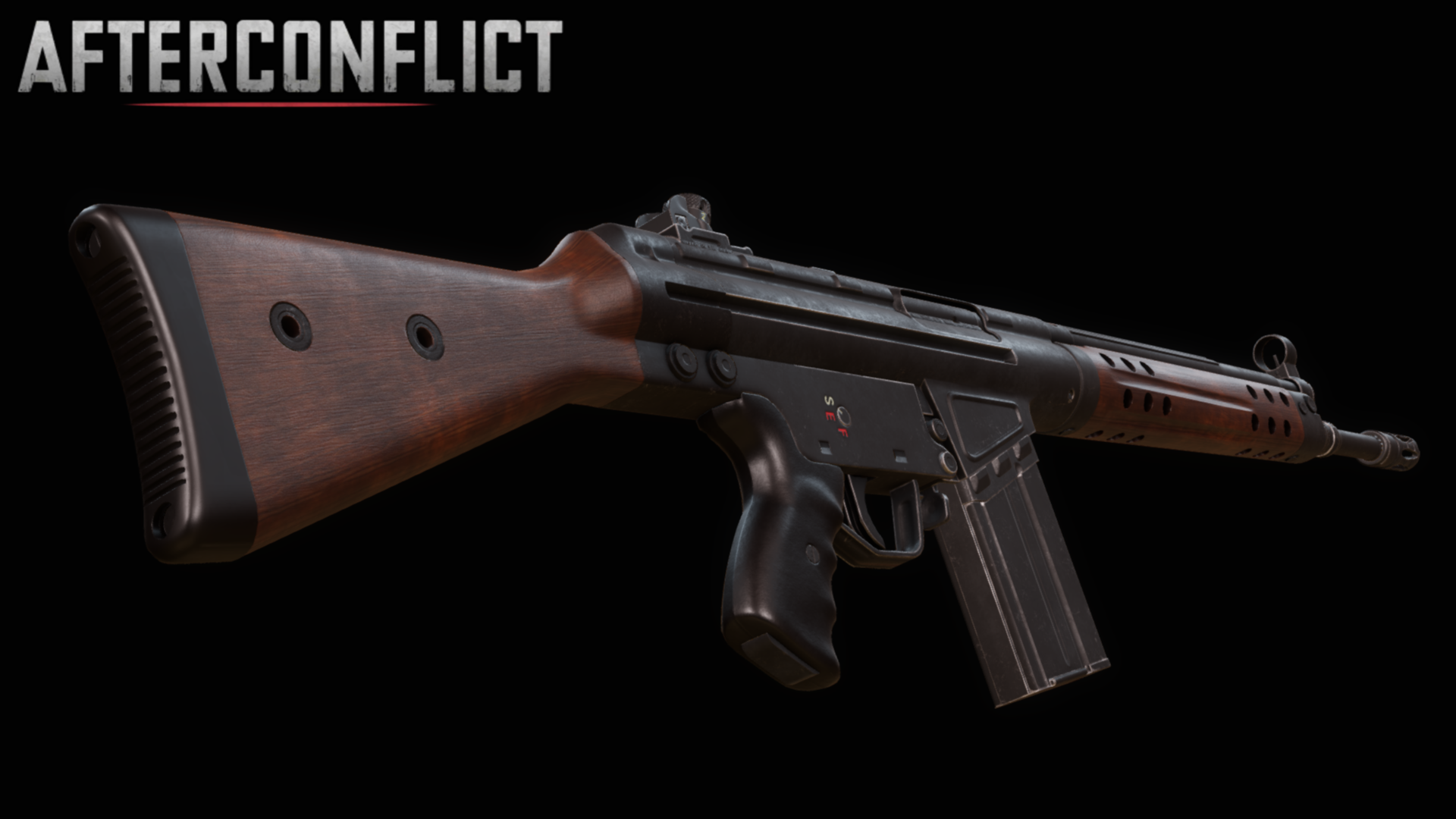 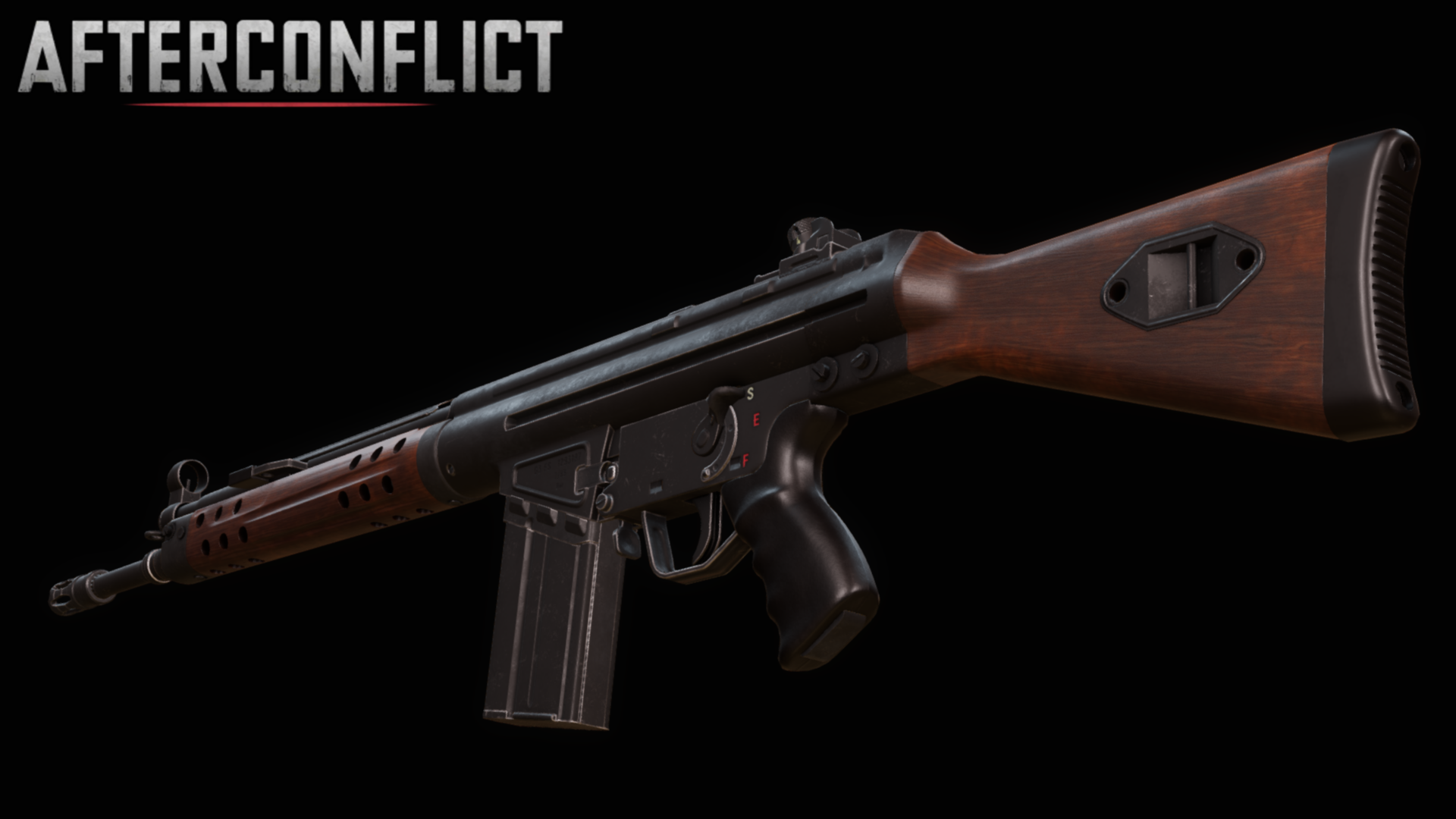 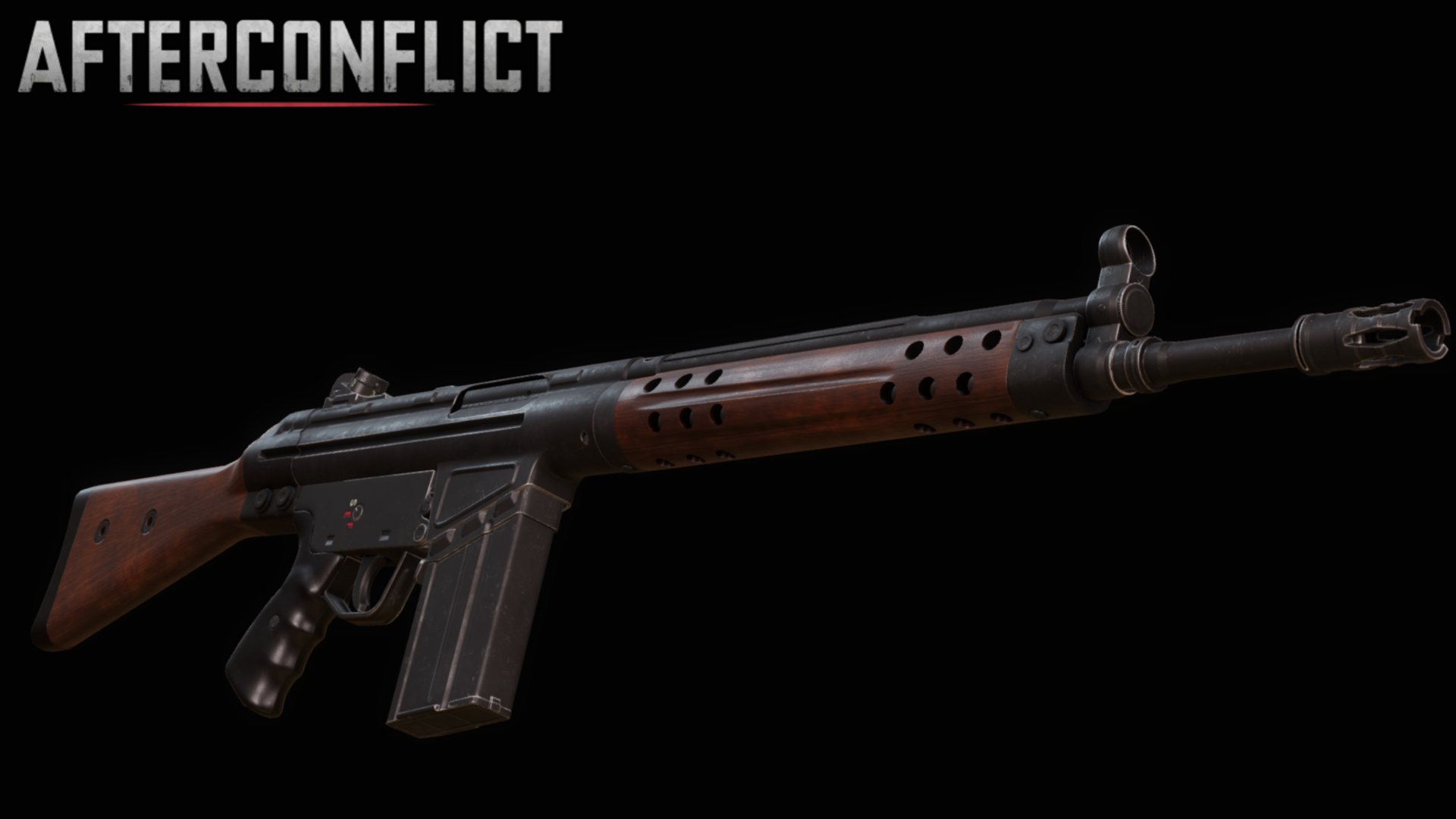 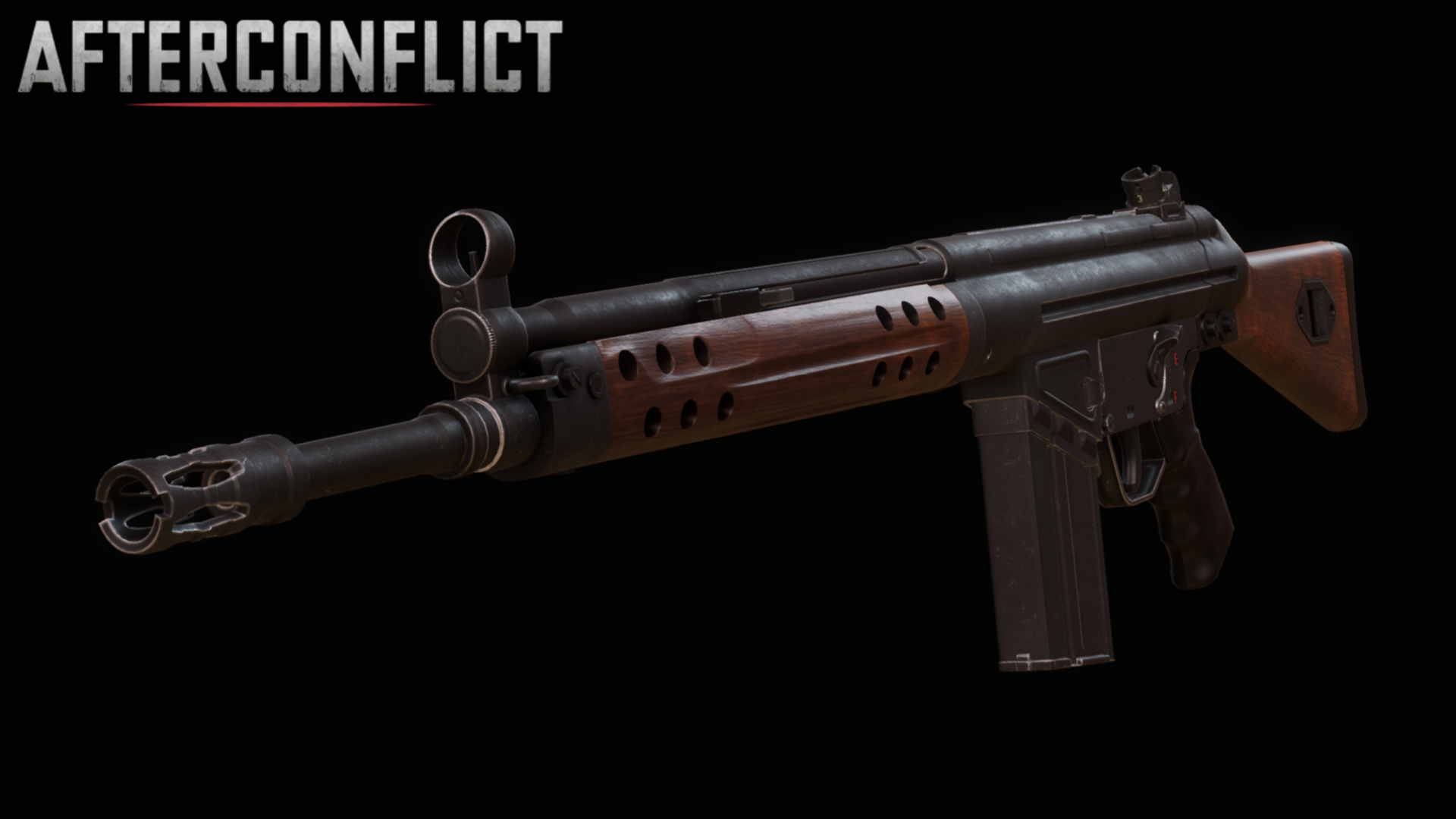 Second up we have the P1 pistol, showing from its new acceptance marks that it is ready to serve (West) Germany, as its hardy design had for over 40 years prior. 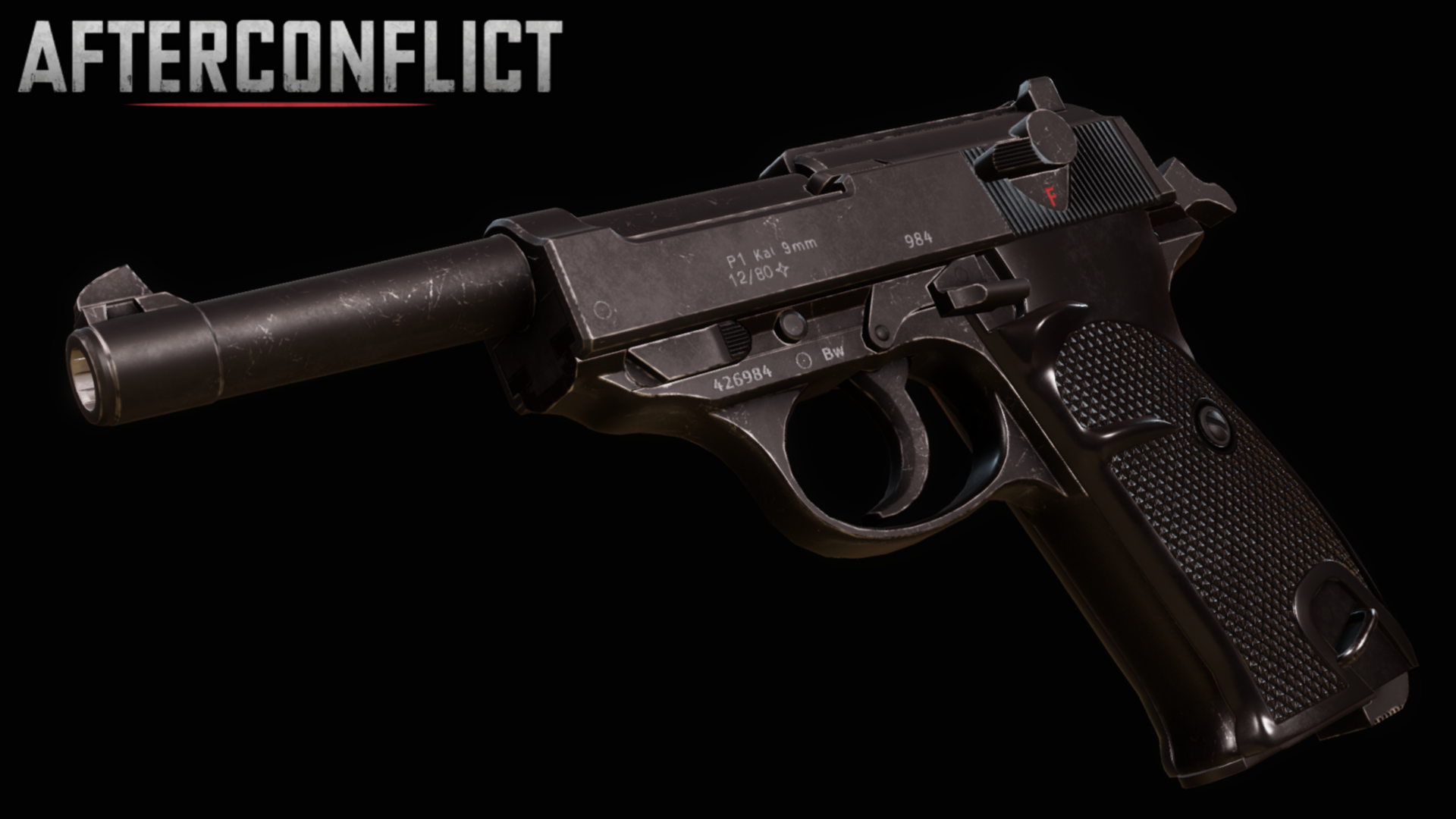 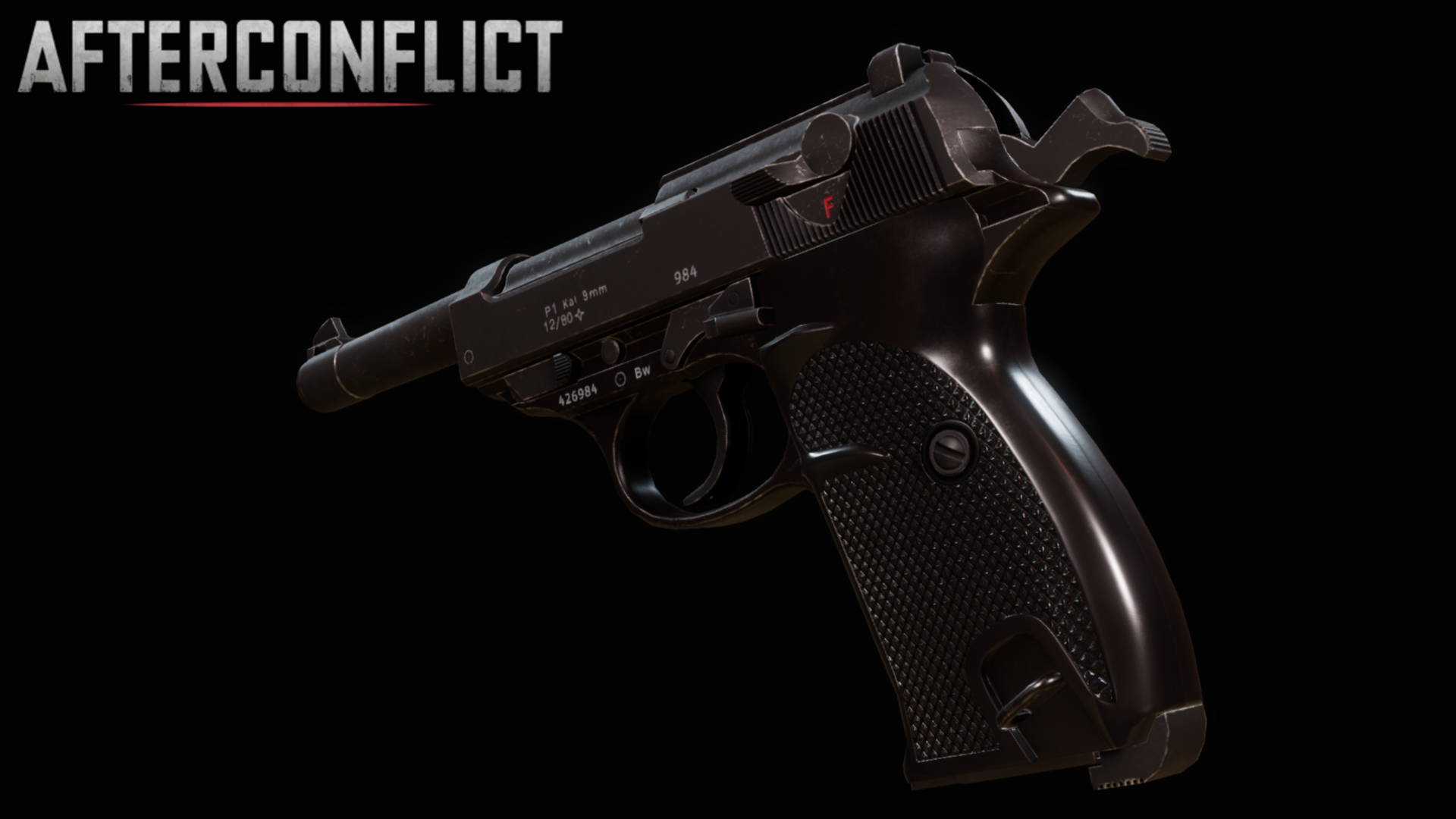 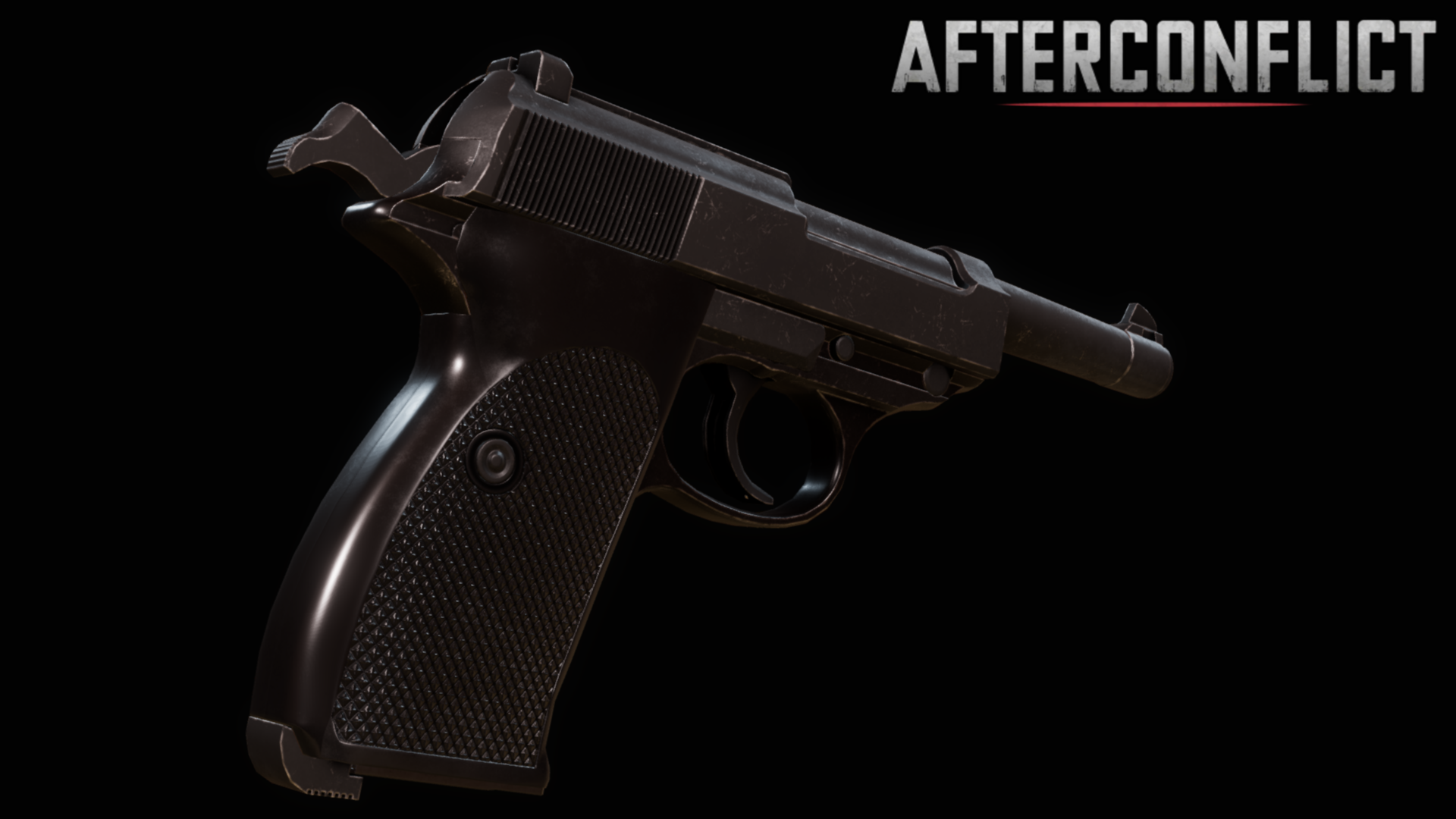 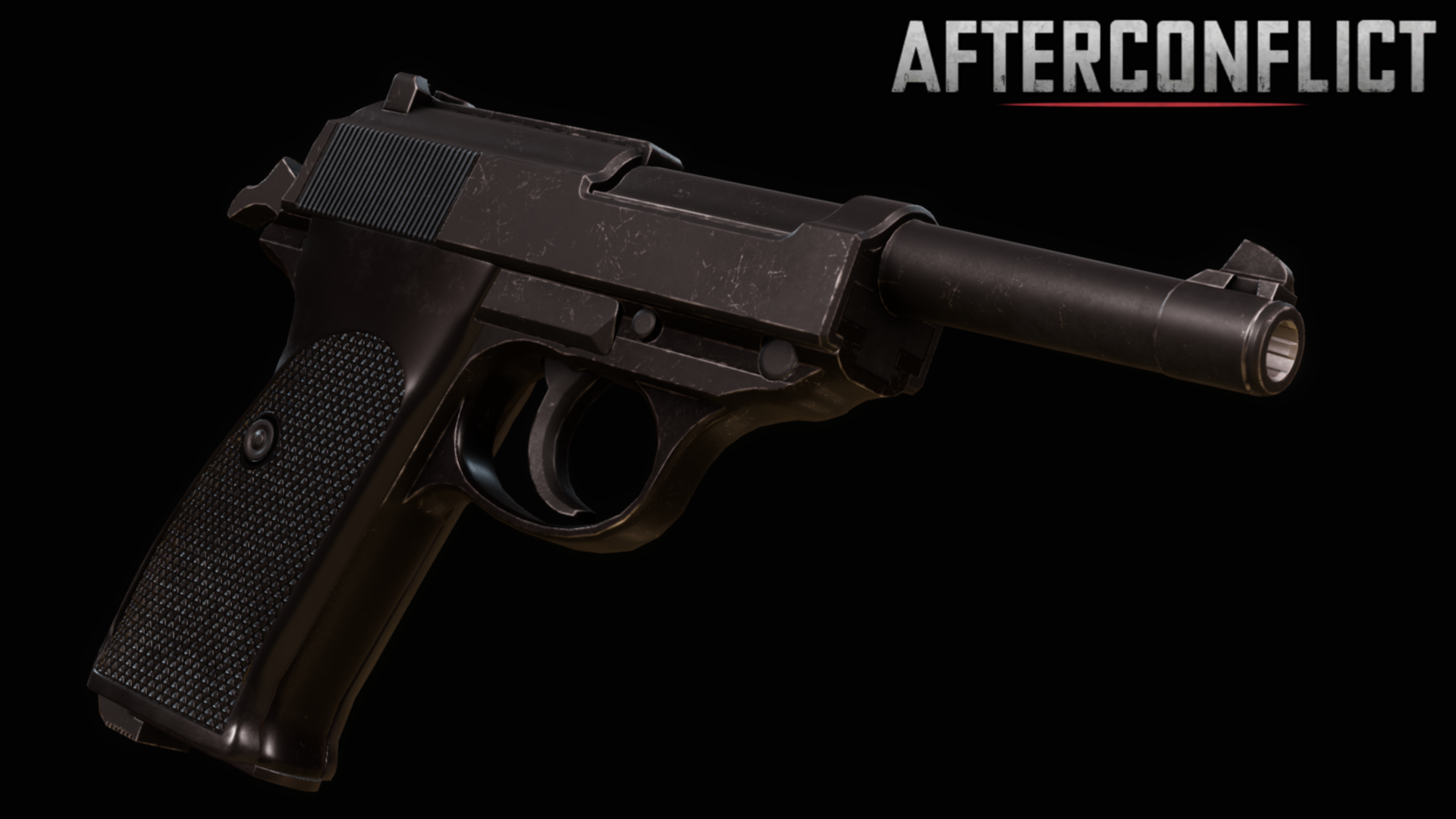 A far less uniformly liked design however was the Bundeswehr's "M68" Kampfmesser, now showing off its distinctive green plastic grips not known for being particularly strong.

However, jab somebody hard enough with a sharp piece of metal and it'll kill them, right? 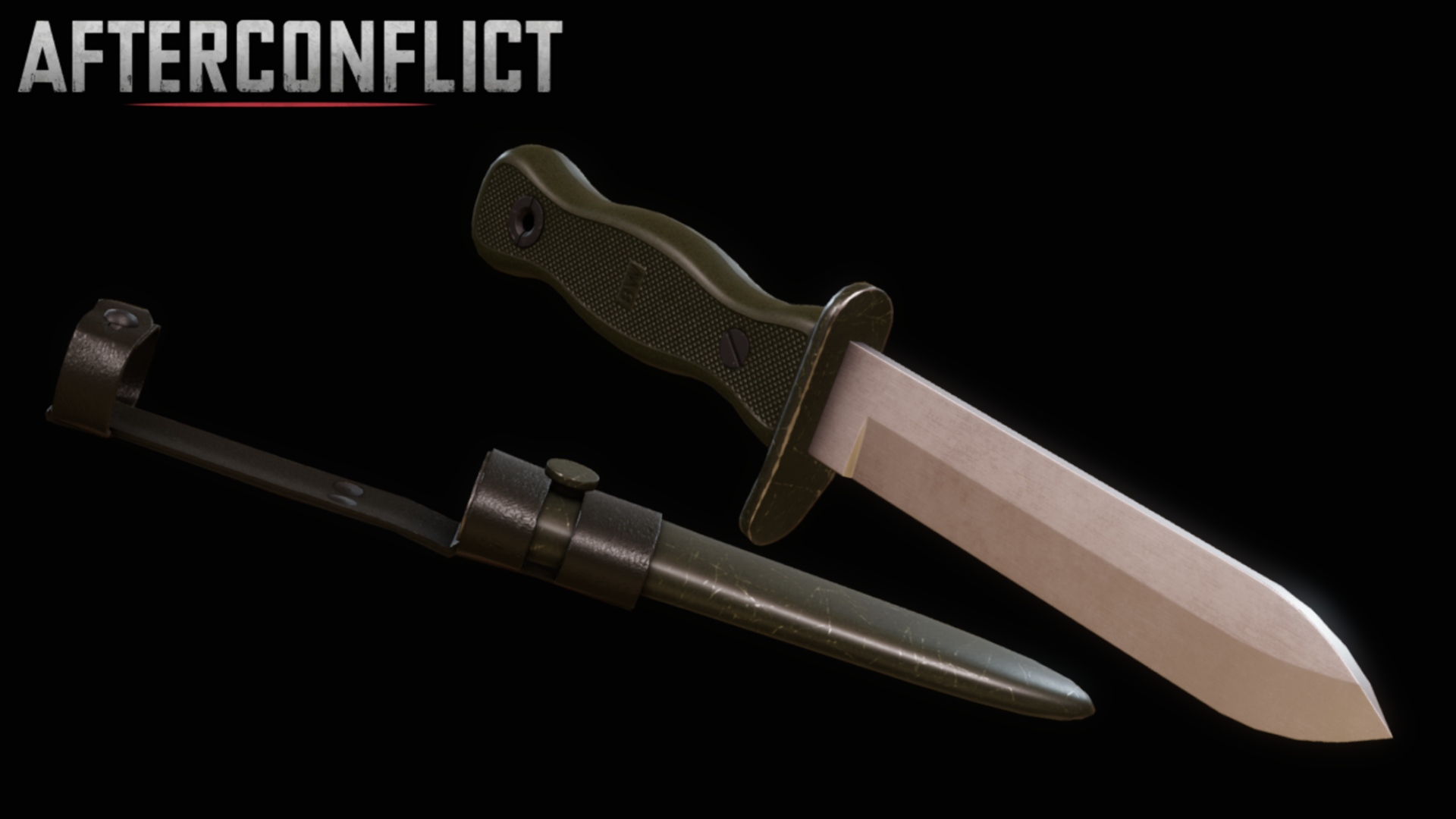 Germany has always been renown for its efficiency, and a Germany cloven into two as East and West Germany is no exception to this, so it shouldn't be a surprise that this same efficiency carries over to the Bundeswehr's choices of grenades, choosing to streamline the DM41, DM21, and others into a single design that can be switched from a standard fragmentation grenade, to a high-explosive grenade with a simple twist at the base.

You can now see the DM51's markings displayed not only on its fragmentation sleeve and spoon, but also on its high-explosive core. 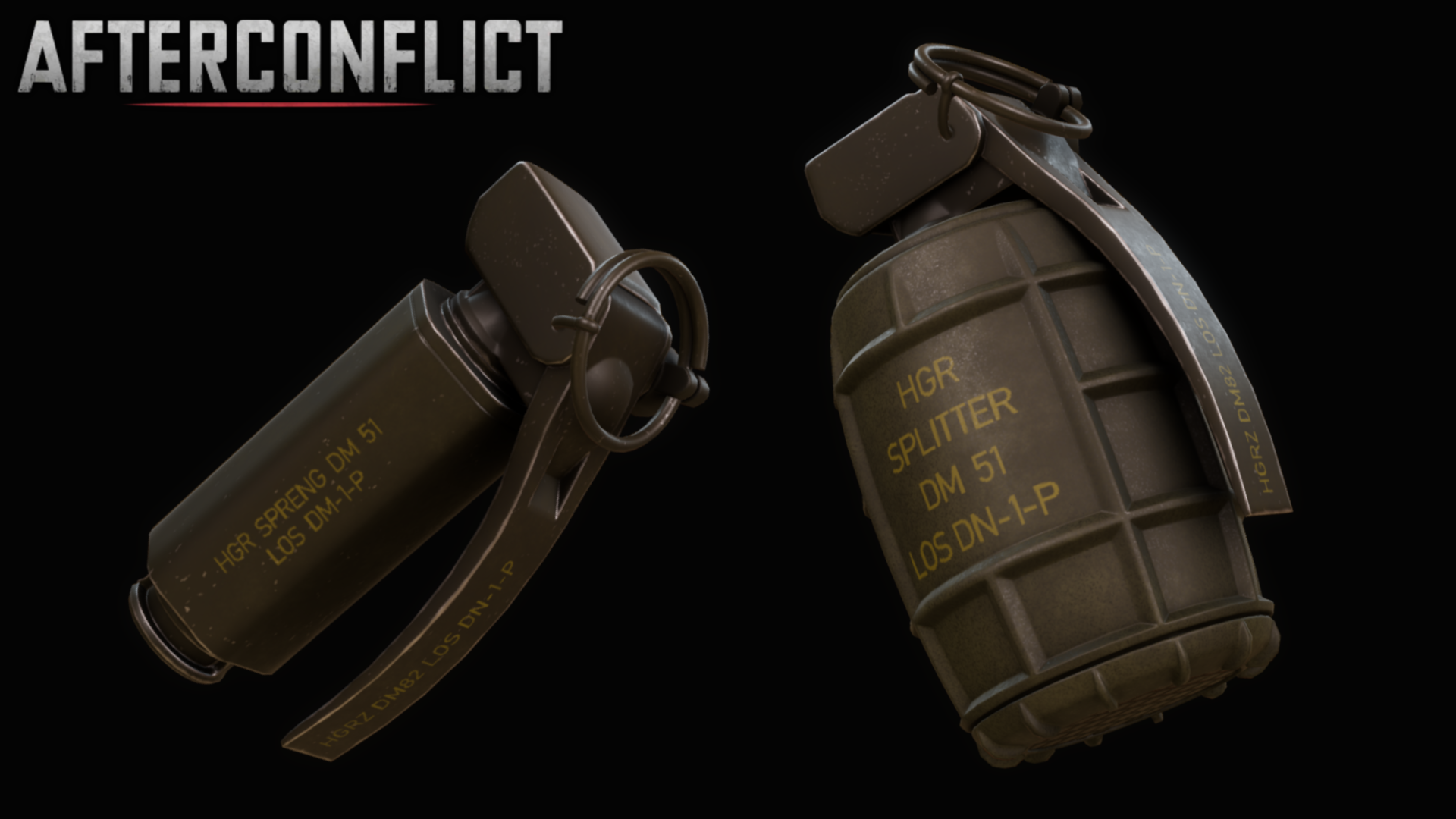 In addition to weaponry, we've also been working on our first West German character model; though they're not yet textured we do have a few high-poly models for you to appreciate and critique, such as the "Modell 1A1 modifiziert" stahlhelm ("M1A1 mod." for short) and early-style rubber G3 magazine pouches! 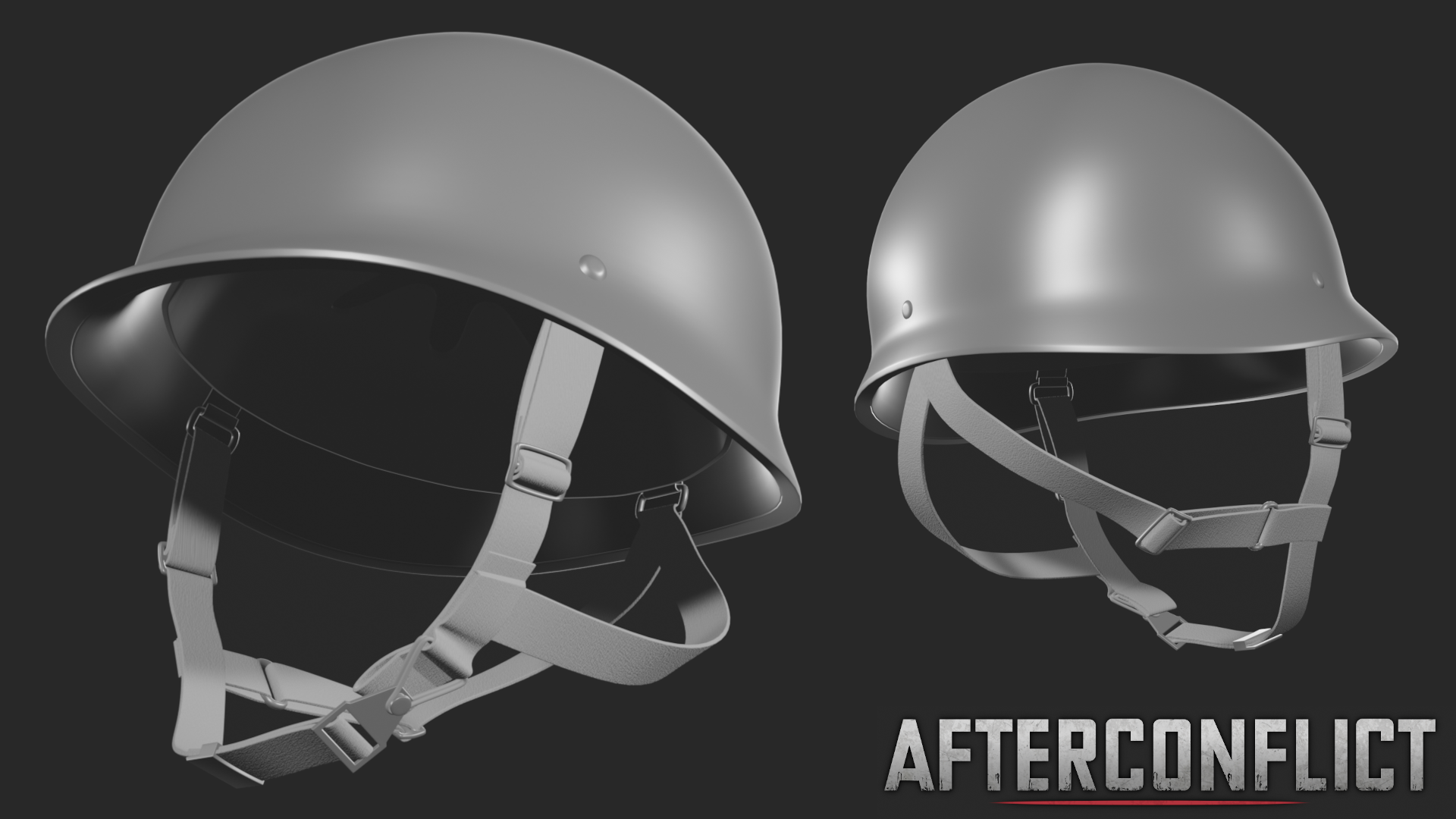 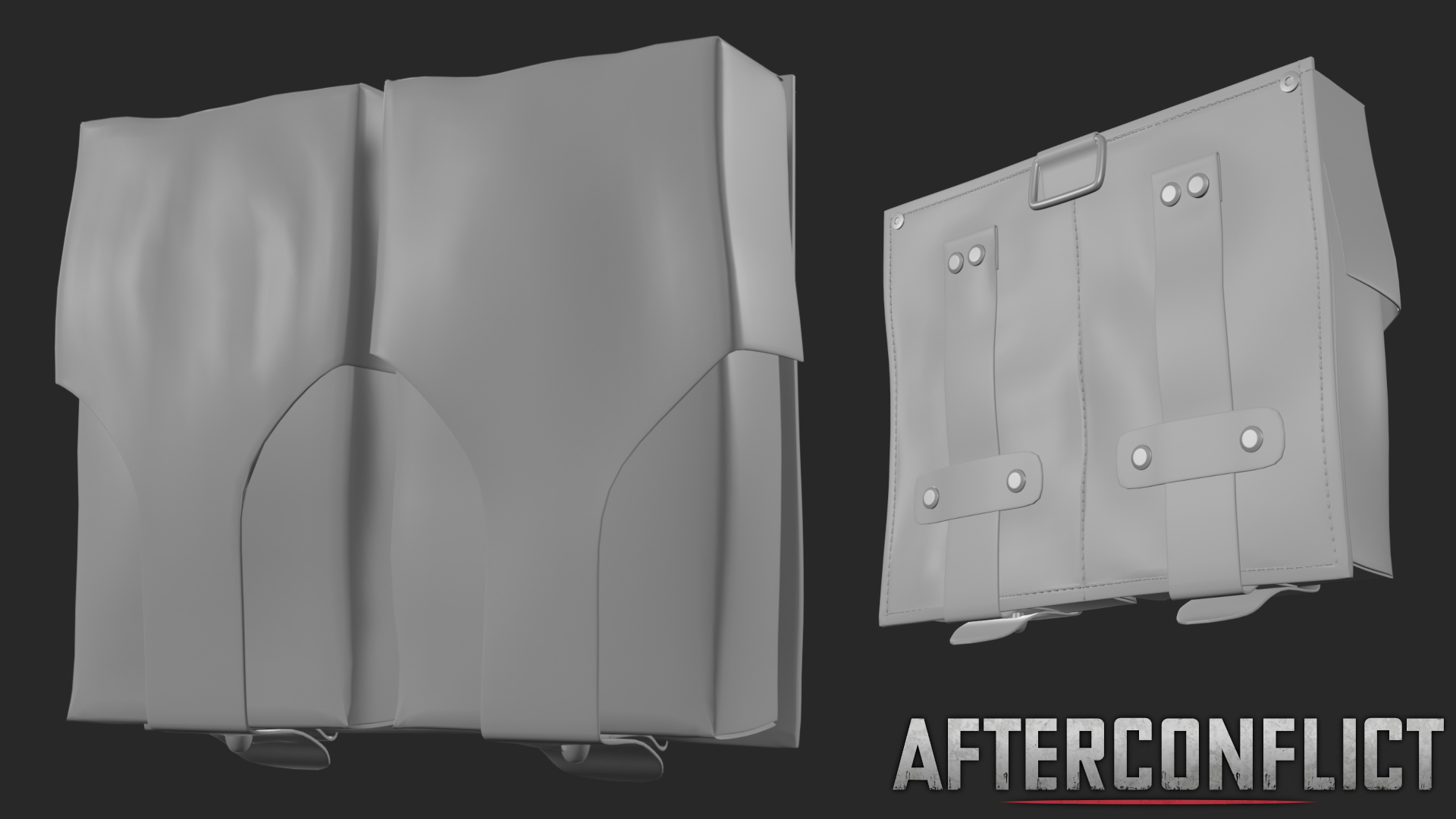 Finally, we've been working further on our new NATO/West German firing range map that'll be released alongside the first release of the West German faction. This firing range is modelled after the "Standortschießanlage" (StOSchAnl), a type of firing range used by the Bundeswehr for training soldiers in marksmanship, a well-regarded trait for NATO forces.

You'll be seeing more of this firing range as we show more previews of our West German faction very soon! 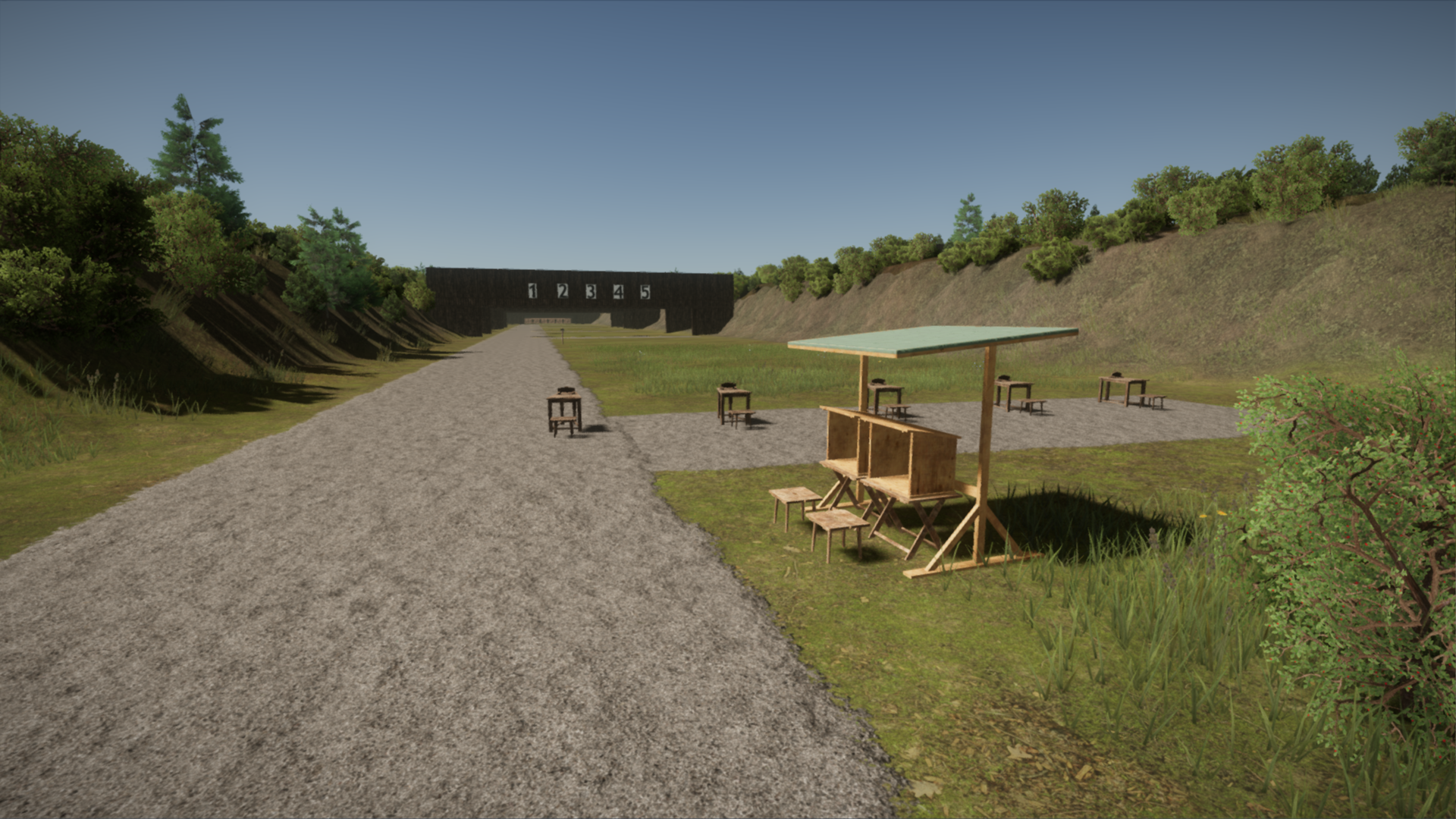 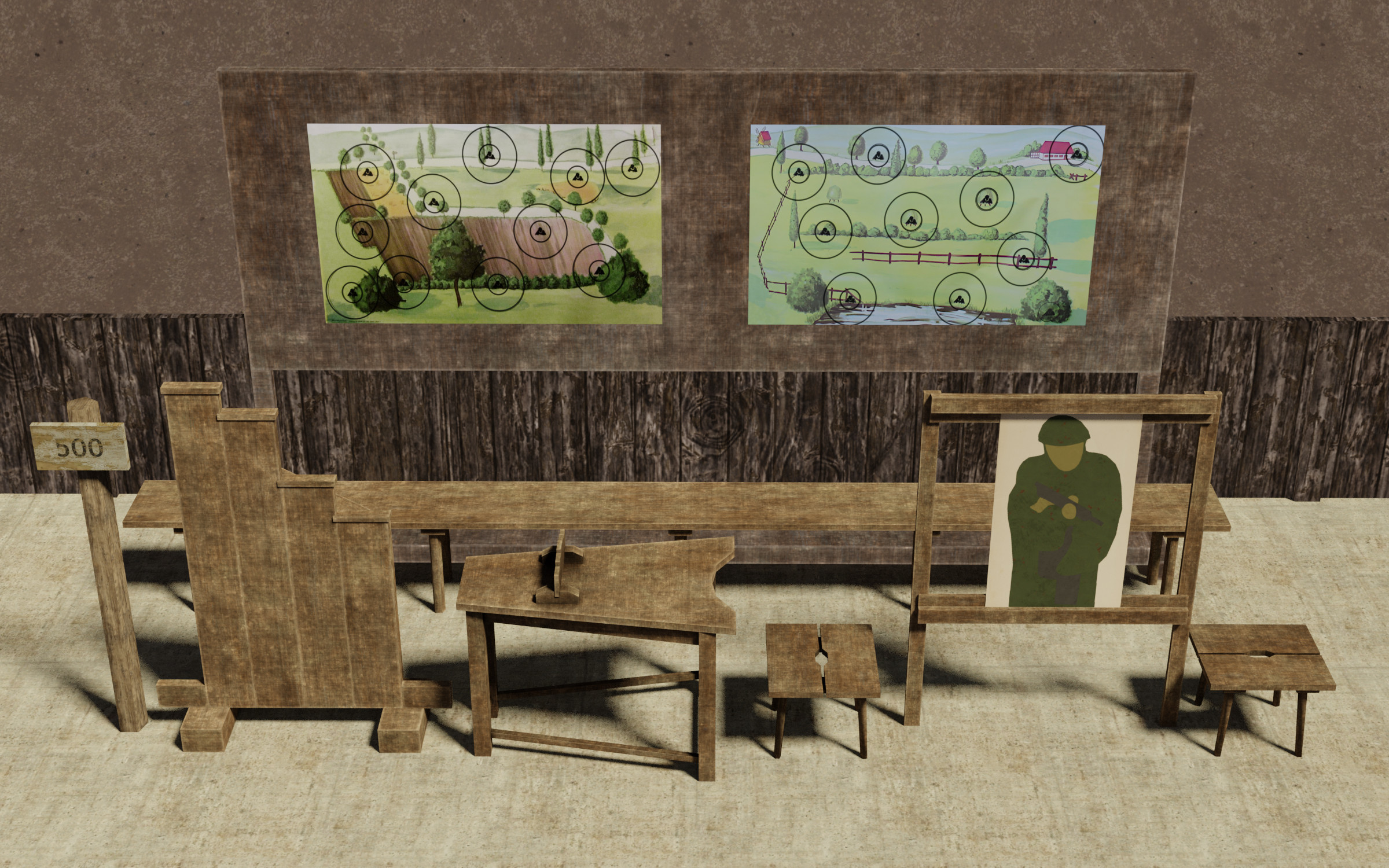 This year Afterconflict has made great strides, from the of the KS-23 and AKM being added earlier in the year, to the addition of various gameplay features such as blind firing and staged reloading, to introducing the DDR/East German faction!

As seen in our roadmap, we're now moving into DEFCON 4, we'll be working far more on NATO faction content, so be sure to stay tuned for that! 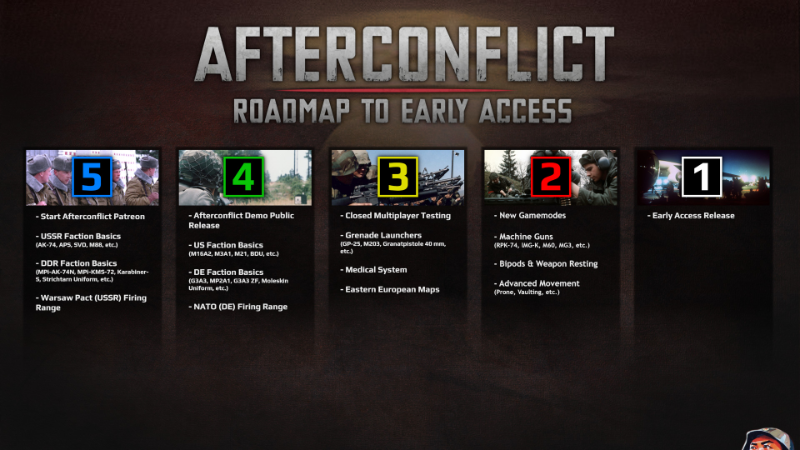 We also launched our Patreon fund this year which has helped us in making sure Afterconflict is being developed at the pace we'd like, we're truly grateful for those of you who have donated to our cause and those that are considering doing so into 2021!

What we're essentially saying is:
"You're pretty good." 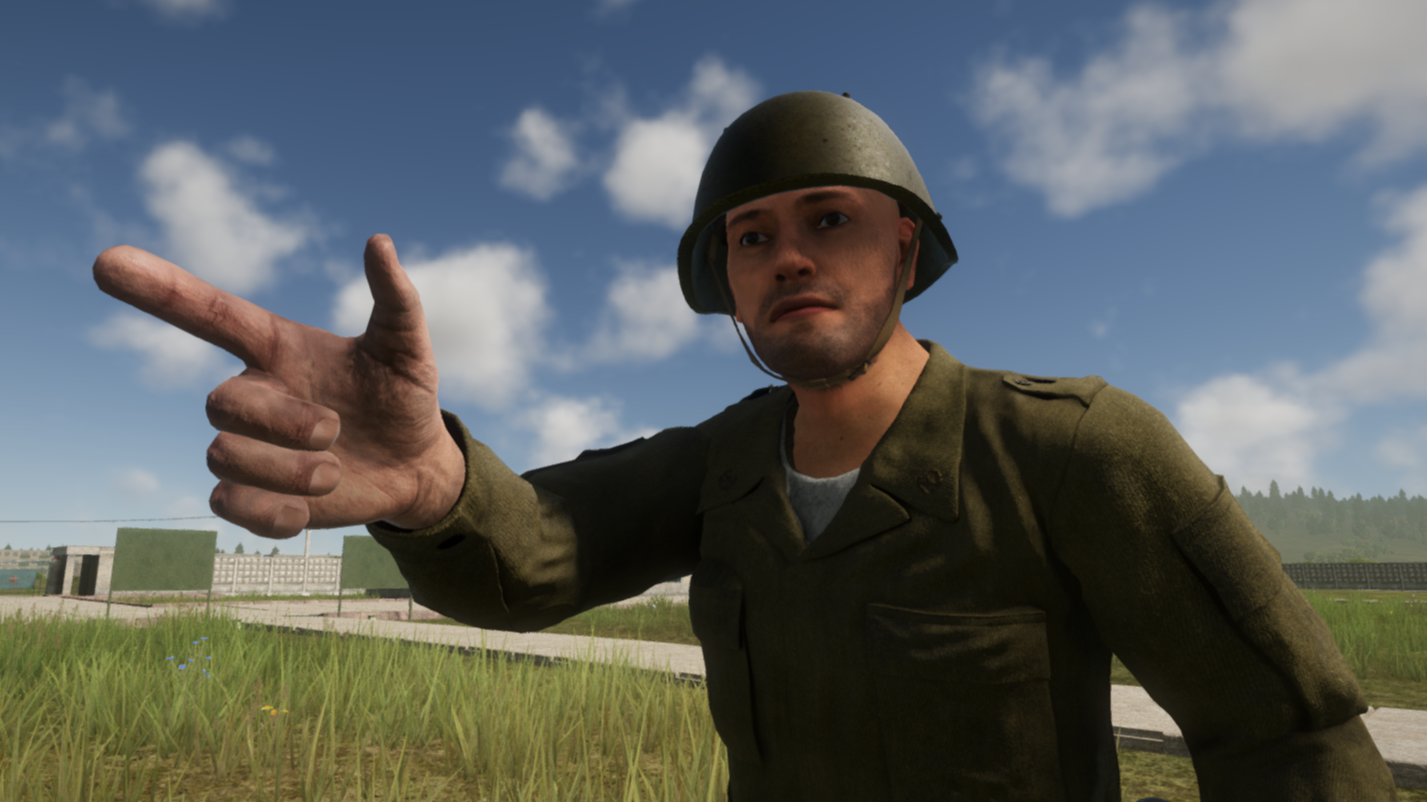 And, of course:
A Happy New Year to You!
So-far we have been developing Afterconflict out of our own pockets, and while we intend to continue developing Afterconflict no matter what, the ability to be comfortable in the knowledge that our rent is paid, food is on our tables, and any hardware issues we may face can be promptly fixed goes a long way in enabling us to be more focused on developing and expanding the game.

One of our Patreon rewards is exclusive access to a channel on our Discord server, which we'd like to invite you to join!

On our Discord server we discuss everything from the game and Cold War history to posting photos of hedgehogs, and the Patreon-exclusive Discord channel is called "The Bunker", and it's where we post exclusive WIP content that you'll be able to see before anyone else!

We hope you enjoyed reading this development update, if you wish to keep up to date with all Afterconflict updates, be sure to follow our Twitter feed too.