We thank you again for the many bug reports, suggestions and more that we have received lately.

We've been delaying the hundreds of Steam key requests to access the Pre-Alpha, in order to solve these first before having new players report new bugs :)

The latest update 0.587 is now live on Steam! It solves many more bugs, and adds new improvements, various levels changes and more. We'll discuss the important ones here.

Some players were complaining about hearing the same dialogues again after dying and respawning. We have changed the system to:

We hope this change will make dying feel less repetitive, and avoid hearing the same level dialogues over and over.

Respawn dialogues have not changed, and will still be different at each death, until there are no more available, in which case it will then be "sighs" instead of sentences.

In this update, you can now see the player character's hands during the very first introduction of the game, and during Respawn cutscenes!

They should work correctly with any FoV setting - even though high FoV will always result in slight distortion of objects, which is normal. Ensuring animations work well with all FoV values isn't as easy as it sounds, so it has to be tested ;) 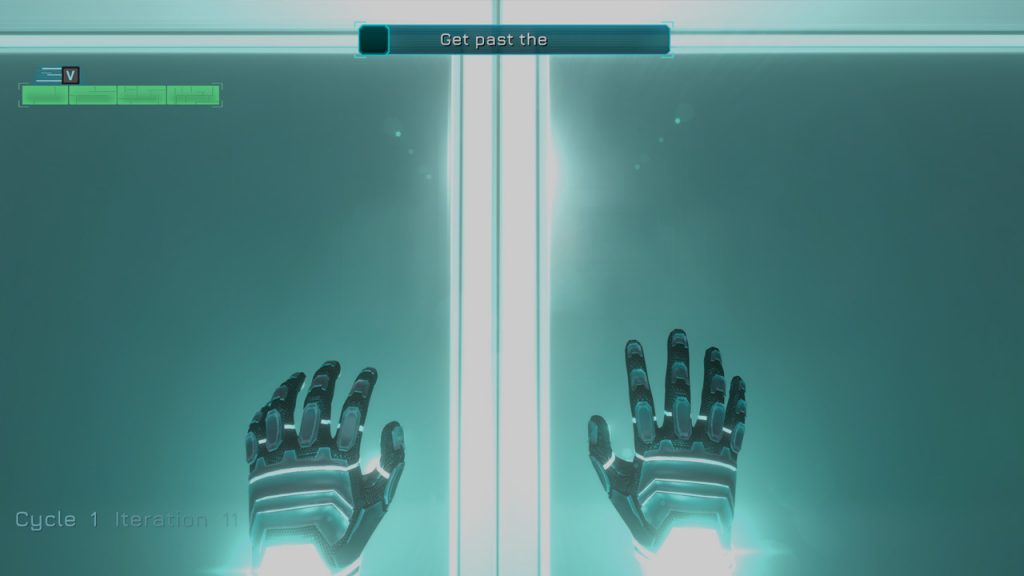 On some specific respawn points, you might see the hands go through objects or the ground; please report in-game when this happens, so it can be fixed in the next updates.

Fragile Windows have been reworked in order to solve multiple issues:

You can see the crack is much more noticeable than previously, and holes have been removed: 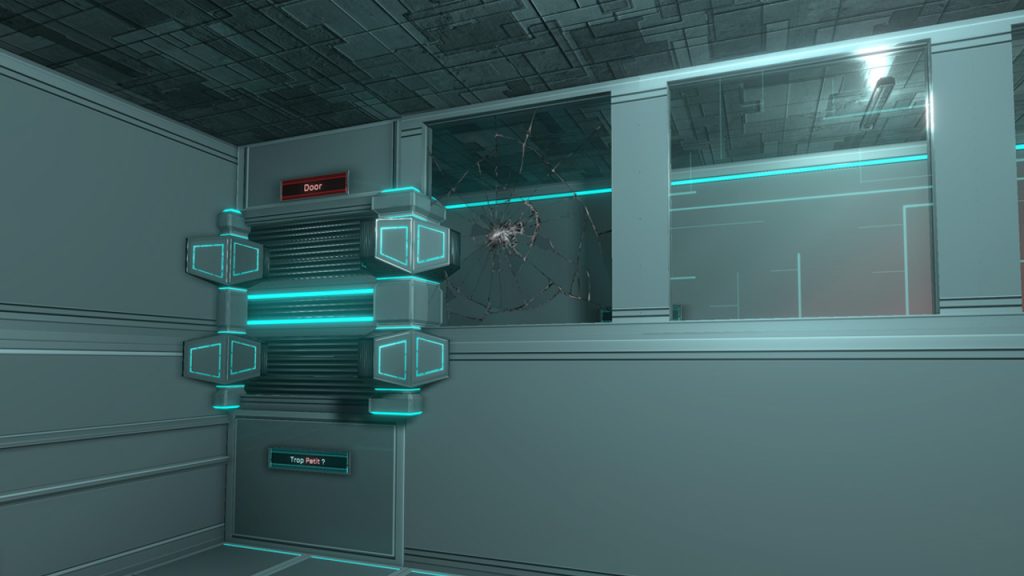 Just after the first 2 pressure plates, in front of the Math door, you can now freely access the “white light hole” to your right.

There will be a recording here in the future: 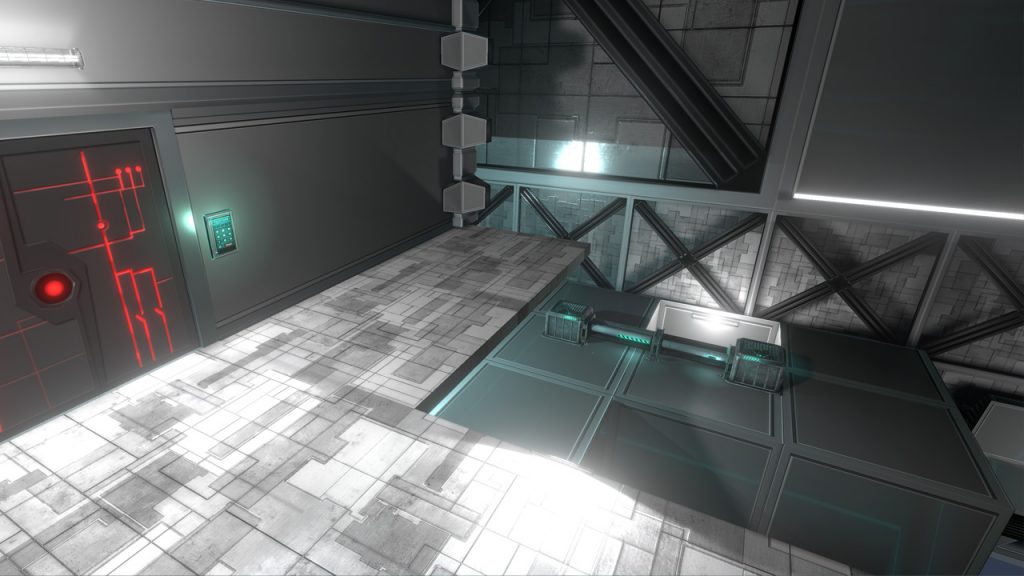 It is meant to be accessible and completable in New Game. You can do this before or after getting the Taser. The roof above the math door will still relocate you for now, but in the future there will be a recording accessible only in New Game+ up there as well.

The optional Recording to get around the first Smashers area (requiring Cube/Dodge to reach the Roof) is now protected to be inaccessible or by simply Dodging from below, or by using various other techniques to reach the ceiling: 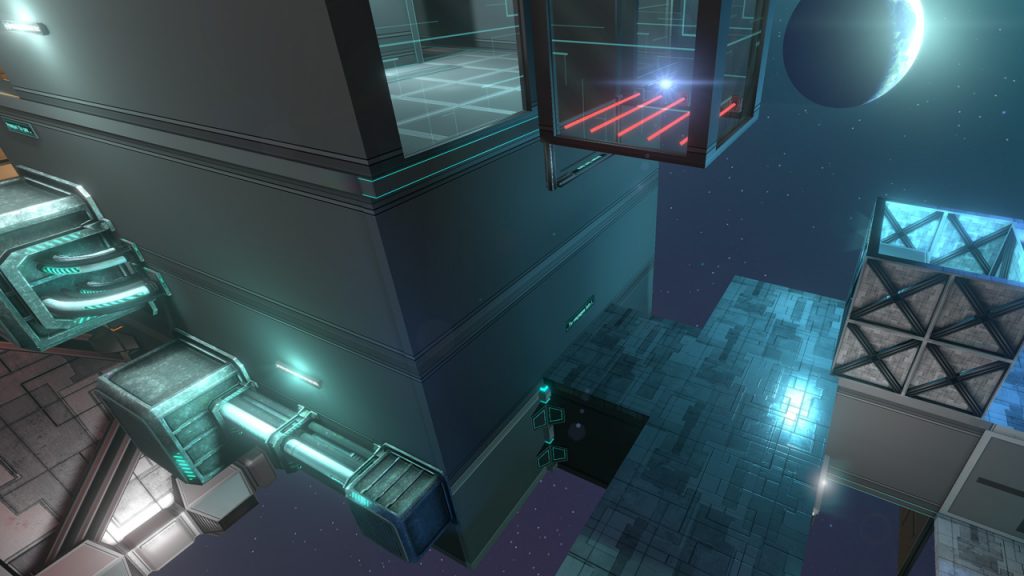 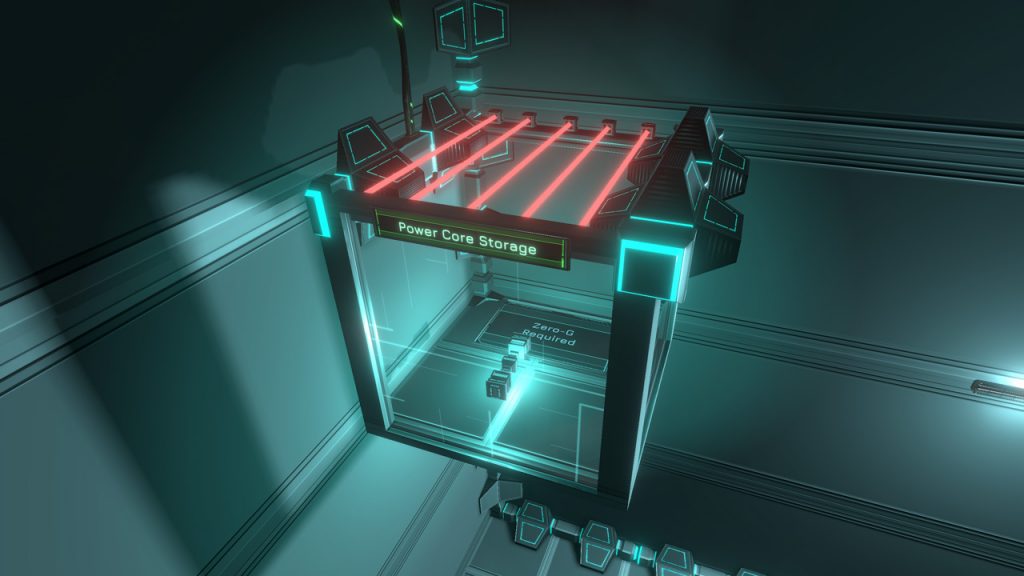 In addition, the optional Upgrade in this room will now require Zero-G to be accessed: 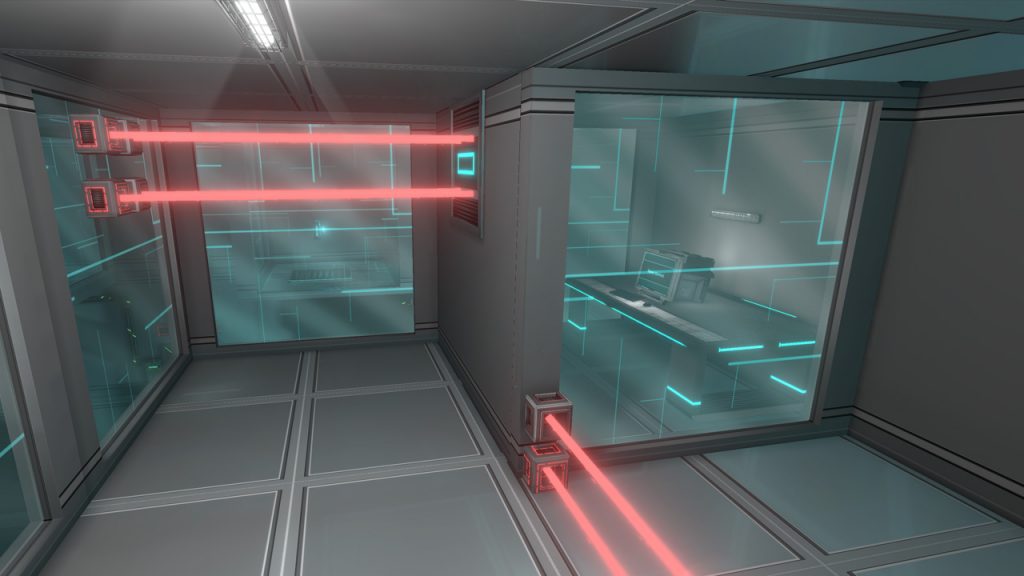 Other new additions worth noting here:

Below is a list of various important changes in this update:

Below is a list of the most important bugfixes included this update:

Thank you for testing! We'll continue working on the various remaining bugs, and re-update over the next few days for next bugs ;)

One big question
Will be Fractal Space fully modable? For small and giant mods, like PE with some improvements in PC (Without Upgrades, new chapter, etc.)