It's time to release a new update! Includes a totally new in-game UI, new build system, and a lot of info about Islanded Beta.

Finally here, the last Islanded Alpha version (Alpha 9). Huge changes are been made, including all the game UI for HD resolution, 4K support and much more! There are changes visibles, but the majority of them are just in the code, you can't see them but will help a lot the upcoming beta.
This time, instead of a update video, there is a Trailer for the "Coming Soon" Islanded Beta!

Well, this is the main feature. Don't try to find birds or other animal, they are not in the game. The upcoming beta will introduce the ability to control any animal on the island. This is why animals take so long to be introduced. The idea is that you will be able to take the mind of other animal and use their abilities to survive.
A bear to protect or find food, or as shown in the trailer, a bird to explore faster the island. I'm currently working on this feature, so expect more information in the future. 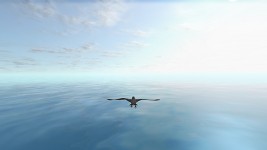 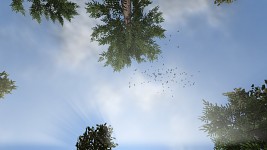 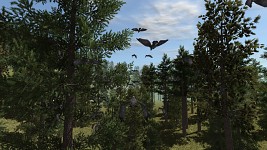 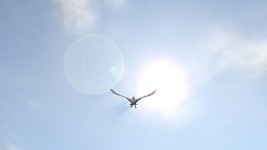 Islanded was using Unity 4.3 since first Alpha. It was time to import Islanded to a newer version of Unity. Unity 5 still in beta, and I don't think that a Beta game engine will work 100% well for a Beta game.
With this update of Unity, the Linux mouse issue is gone and I hope that the AMD 8 core problem it's also gone. But i don't have a 8 core CPU. Yet. Anyone with a 8 core CPU with issues of low FPS, try this version and see if it work well. If not, I will just have the option to buy an 8 core CPU to actually find the issue.

This is the main reason why this version take almost 2 months to be ready. All the in-game UI is new. The old UI was made in a weird resolution (1050x675 or something like that.). This new UI is cleaner, looks better, has better contrast and colors, it's easier to understand and it's intended to work even with 4K correctly.

With this change, now 4K and "2K" resolutions are available, but there is some problems. The lower resolution available now is 1024x768 instead of 800x600. We are in 2015, and trying to game in 800x600 is not a good experience at all. But if you like to play games like old school, the window mode is resizable, you can create the resolution you want (Lower than 1024x768 the inventory will be inaccessible). 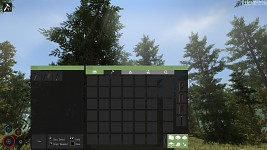 Alpha 8 introduced the building system (kind of). In this update the building system is totally new. Now builds use resources of your inventory, can be upgraded, there are sounds and the new UI display the resources that are needed for every type of build. The "Blueprint" style when placing builds is now switched for sticks to be more realistic, as a planification of a real wall.
All the builds are new, with HD textures, with better distribution and shaders. You need to place first a structure to be able to place walls or floors. Every build will have a restricted place in the future.

The building system it's not totally done, there are a lot of things that need to be fixed and improved, but for now it's a good base.

With the new builds, the fence, trap door and stairs are not included in the game right now. Your save data will NOT work with this version. Use the "New game" option or you will experience weird errors! 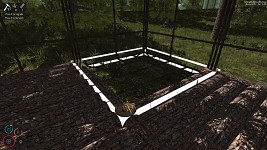 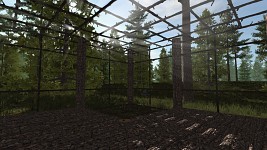 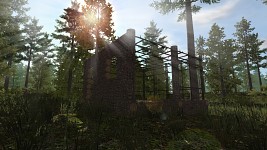 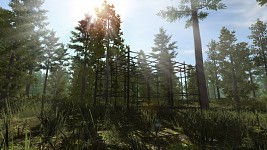 With the new build system, the resources were very few. A big log will now drop 8 logs instead of 4, the crafting recipes are easy to make, or give more items and the inventory have more space for items. Even with this changes, make a little house will need more than 2 big trees.
If you try to build something big, you will need to work hard to get that resources.

About crafting, the workshop is now disabled. It was a good idea, but became more limited than expected. This doesn't mean that the workshop will disappear, but will be disabled for some time. Now you can create items in any place.

I recently announced that Islanded can be purchased through Humble Bundle with Widgets.
Now I have the pleasure to announce that Islanded will be also in the Humble Store! The actual website purchase (PayPal) will be discared, and at Desura will appear the preorder version to purchase.

I just want to send a big thanks to all the Website pre-order purchases! I will think something special for you! (if you were thinking of buying Islanded Pre-order from the web, you have time until next week or so).

A lot of cool features including multiplayer, animal control, and some other secret things will come with the next update. Stay tuned for more info about Beta version. Thanks for playing, and stay alive!

Remember: Save games will NOT work in Alpha 9. Use "New Game"