The last Alpha of Islanded is coming very soon, and a lot of details need to be clarified before the Beta arrive.

Posted by EngyneCreations on Dec 3rd, 2014

This development update will start with a HUGE thanks to all the players, Pre-Orders and Supporters, that make Islanded a reality. Islanded is currently the most popular free Adventure game on Desura, with over 14.000 Installs and 110.000 visits in Desura and IndieDB.


A very cool video about all the Alpha versions is in progress to welcome the new Beta version.
Here you have a sneak peek with the Indie Game of the Year announcement:

This will be the first Indie of the Year that Islanded will participate! All I ask to the players is to help Islanded reach the Top 100 best indie games of the year! Remember that you can vote in the game profile, under the main banner.

Some of you have purchased a Pre-Order or a Supporter pack of Islanded, and you know is really a mess. I'm actually using Paypal and all the emails are manual. That takes a lot of time. With the Humble Bundle Widgets, the proccess of the purchase is safer, easier and better for early access games. The price increased a little bit ($0.50 to $1) to mitigate the Humble Bundle tip. Here you have the widgets, that will appear also in the new webpage, that still work in progress.

If you purchased any package of Islanded without the Humble Bundle widget, hopefully you will recive soon a Humble Bundle link with your respective package.

Islanded has important issues with AMD and +6 cores processors since Alpha 6 (Good joke). I tried my best to solve the problem, but is really hard to track. After Alpha 9 release, Islanded will be ported to Unity 5 Beta to see if something change with FPS drops (Problaly will work).

Alpha 9 will include a remodeled UI interface, cleaner and designed for HD resolutions. That is what I can confirm right now. First Beta version will have the first island totally playable, NPC and AI, new buildings and the main feature of Islanded, actually not released and never showed. Expect a big ingame changes!

Multiplayer, as sayed before, will come in the second Beta update with a limited 2 player (or coop) mode. This version will be playable first for Backers and Supporters for some time, and next will be released to all the players. A new branch will appear in Desura along with the free one. To acces that branch you will need to be a Backer (pre-order Islanded) or a Supporter. That branch will be where the "final" release of Islanded will appear. 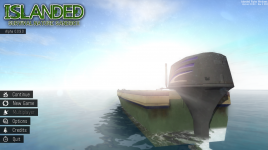 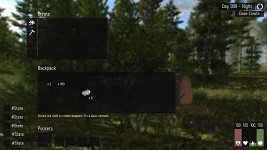 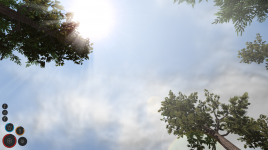 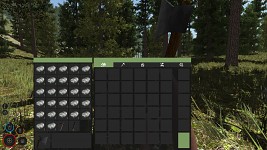