New Alpha build! This time Mac users are the lucky ones. This update includes (finally) the Save & Load system, new sounds, new HUD, some bug fixes and some information. If you don't like to read, you always have a video:

Finally, the save & load system is in the game. This means that any value, object or item in the game (Health, position, time, moon, day, trees, resources, items, etc.) will be saved. It's not an autosave, but you can save at any time by pressing F8 or in the pause menu pressing "Save Game". Now, in the menu you can start a New Game (deleting your progress) or Continue with your saved data. Loading your data is barely detectable, loading screens are equal in time. 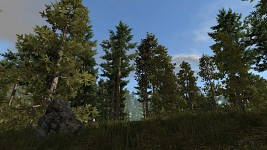 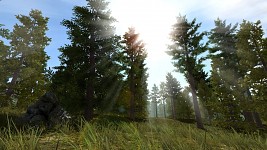 The last update changed the HUD system, but this update perfects it. The big bars are gone, and now the icons display the values. New HUD icon is added to report that the player is tired / running. (This condition will affect the food and other factors). With this remodelation, the HUD is smaller, easy to understand and can display more information.
Also, now any item introduced in the workshop will be returned directly in to the inventory. This avoid big items being spawned above the workshop. 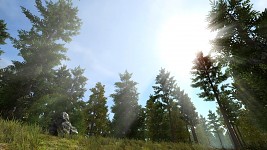 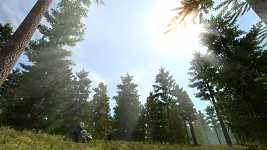 The main menu has been updated to be used with the new save system. Continue button is now enabled and New Game button display an alert to delete saved files. Islanded text has been replaced by the game icon and a new intro has been added. 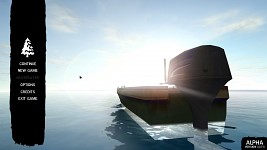 New player conditions are added. For now, the only one is Running. Player conditions allow external and internal aspects of the world affect the player capabilities, like Health, food consuming, vision, stamina etc. 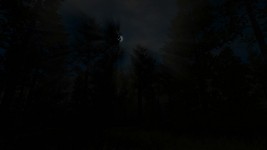 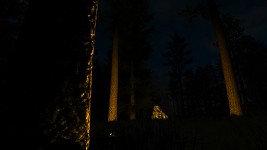 Islanded now has a wiki at Gamepedia! The wiki will be filled up with game content to help you while you're playing. If you want, you can help writing in the wiki to make it bigger! Islanded Gamepedia

Support Islanded
Islanded has been free for over 7 builds. And will be free during Alpha and Beta. The final release, No. I have always believed that unfinished games should not cost anything. If a Beta Tester is a job, is not normal to be charged to play an unfinished game. A lot of time is left to get a release of Islanded, even then will have updates like an Early Access title.

That does not mean that make a game is actually easy or free. This is why I ask to any Indie lover for some support. IslandedGame.com has been updated to accept pre-orders of Islanded and help the development. The pre-orders include some rewards for Backers and Supporters.

As i said, Islanded will remain free until his release, but until then, some help is appreciated.

Are you a Mac user? Think about it first

Islanded will be available for Mac in this update. That does not mean it's a stable version. Windows version is an stable Alpha. Linux version is a barely stable Alpha. Mac version is totally unstable. It's almost certainly see both visual and technical bugs.
Still want to download and play this version? If so, I would greatly appreciate any bug report in the Forums.

The last version (Alpha 6) introduced a problem that prevents some AMD (CPU) users to play the game over 6 - 7 FPS. This problem has not been located, so if you're one of the players with this problem, I would appreciate if you could post your PC specifications in the Forums.

Remember to search your issues in the Known Issues & Bugs page, and find your answers in the FAQ.