It's my first game here in IndieDB, and I'm posting the current status of the game. The game is simple, there is only one stage in which you need to survive as much as you can, killing mosquitoes with an insecticide.

Although it's almost finished, the game is still without menu and sounds. It will be available in two languages: English and Brazilian Portuguese, by the end of April, 2015.

THE IDEA
The purpose of this game is only fun. Although it's a serious subject, the idea came out after a "mosquito hunting" me and my friends needed to do here one day and, in the end, we were laughing of the situation. Yes, there is the disease, and this is not fun, but trying to catch a mosquito on our own, well... that's weird. And kinda fun. So, I started to do the game. I used pictures of the real mosquitoes and draw them more "cartoonish". Take a look: 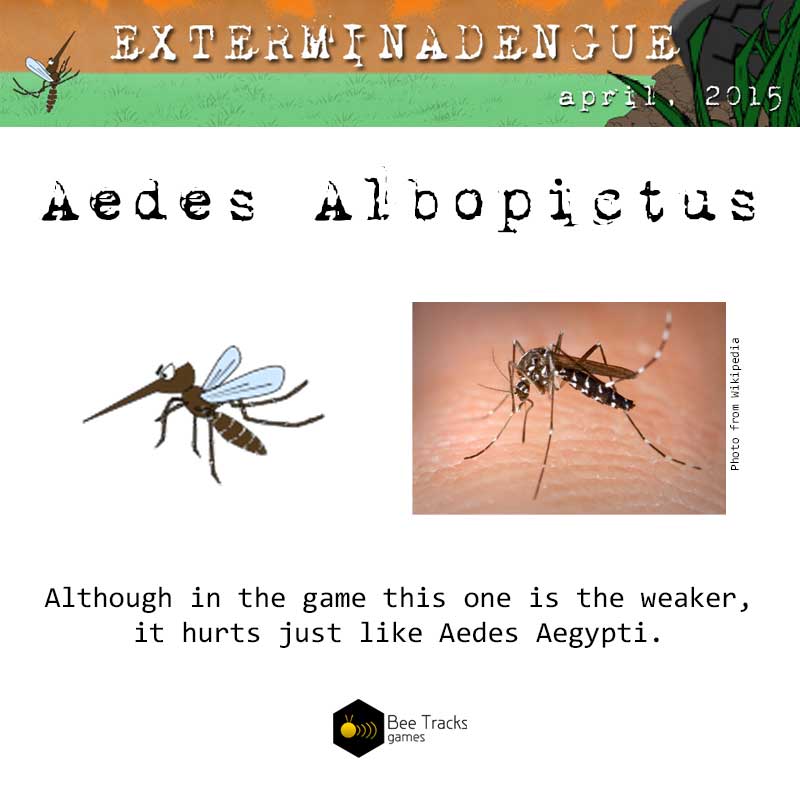 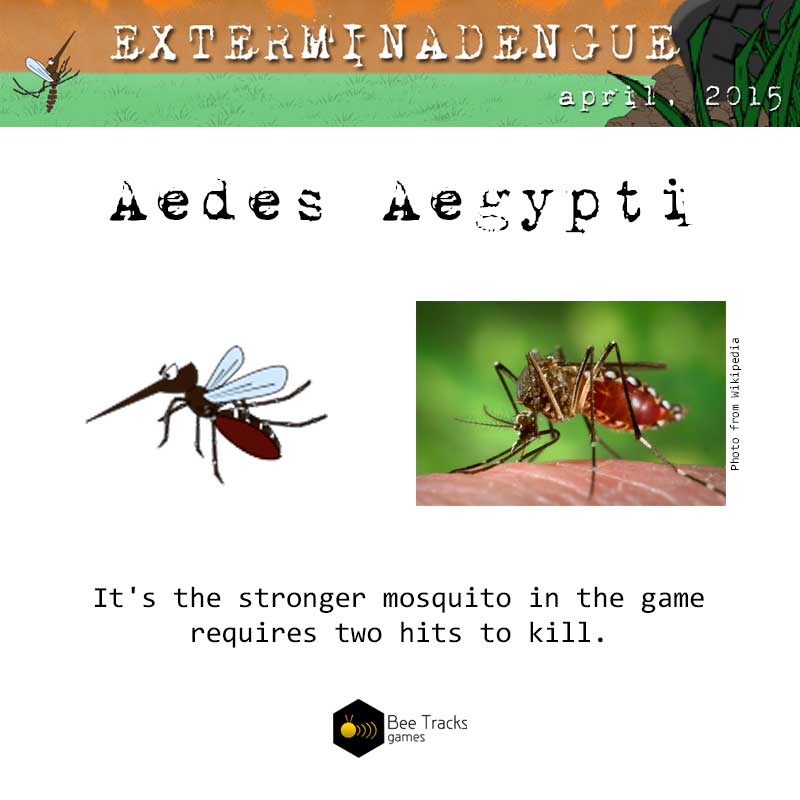 GAMEPLAY AND FUTURE PLANS
You need to kill as much mosquitoes as you can. And keep killing. The more you don't stop killing, the more will be your score. As you keep killing, the number of mosquitoes increases, and so does their speed. As you progress, the sky becomes orange, as if the night is coming. There will be power ups to recover ammo and life (this one is less frequent). Here is 30s of gameplay:

Thank you for checking this out!