As vivid gamers ourselves, we believe that a virtual world has to have a story so the world can come alive. This is especially true when it comes to online persistent worlds, and players are asked to live and interact with other players within a world which is ever-changing according to their actions. After many days of writing and re-writing segments of the lore of the world, the lore of Edelynn was born.

As vivid gamers ourselves, we believe that a virtual world has to have a story so the world can come alive. This is especially true when it comes to online persistent worlds, and players are asked to live and interact with other players within a world which is ever-changing according to their actions. After many days of writing and re-writing segments of the lore of the world, the lore of Edelynn was born.

Below you can find abstracts from the lore of Empyrean Rule. 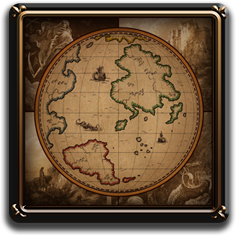 The world of Edelynn, which stands for Mortal World in Elven, is a world of wonders, magic, magnificent constructions and contraptions and the home of many kingdoms. It is said that it was created by the Gods as the home place of all the mortal races, an intermediate plane where each creature is evaluated to determine whether upon death it will continue its journey to the next plane or not. Although the Gods always keep an eye on Edelynn, they seldom intervene in the affairs between the various kingdoms. However, legend says that they often take the form of mortal creatures to walk the land of Edelynn, in an effort to help specific individuals and give advice.

Empires have flourished and fallen throughout the ages, and cities have been burnt to the ground and rebuilt once again. Politics, ambition, thirst for power and resources, even obsession, are some of the driving forces behind the many conflicts between the various kingdoms in Edelynn. Although some races get along with other races and with others not that much, they have learnt to co-exist creating a multi-racial and multi-cultural world with most of the kingdoms being inhabited by various races. The civilized Empires on the surface of Edelynn, consisted of the Humans, the Elves and the Dwarves are still at large, and they always compete over the influence on the rest of the smaller kingdoms in the world.

Throughout the ages three main ideologies were formed, which dictated the way a race perceived the world and how it went on evolving further. Those are Magic, Purity and Technology. While Magic and Technology are considered as the two extremes, Purity lies somewhere in between. 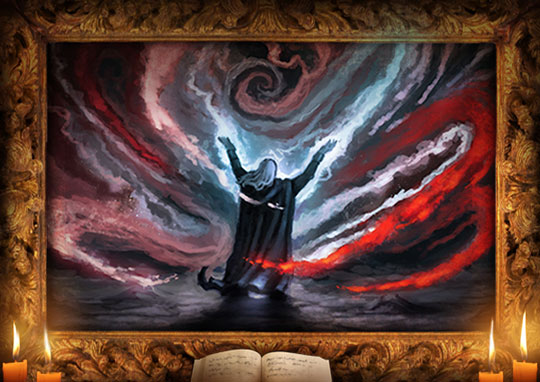 A painting in the Wizard Academy showing a Wizard channeling Aether

The races which follow the Magic ideology focus on the study of Aether and its implications. Through the process of channeling Aether through their bodies, gifted individuals can use it to create magic and enhance items. It is said that at the highest levels of magic, wizards become one with Aether and can directly contact the Gods. 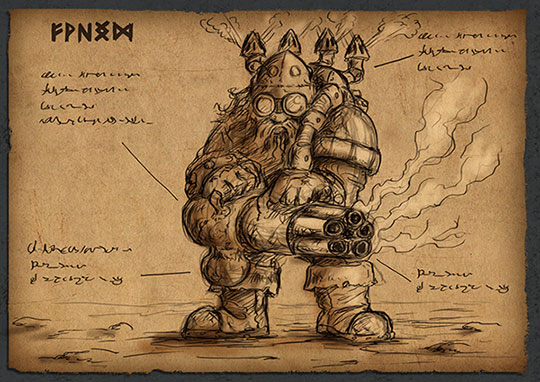 A dwarven blueprint of the Polygun weapon

The races which follow the Technology ideology focus on the designing and creation of extraordinary contraptions. They believe that creativity and craftsmanship can achieve similar results to what magic achieves, and in contrast to magic, which is only accessible to a few, contraptions can be used by anyone. As they say, it is easier to teach one hundred men to use a gun and fire a volley of death, than finding one hundred wizards to cast a hundred fireballs. 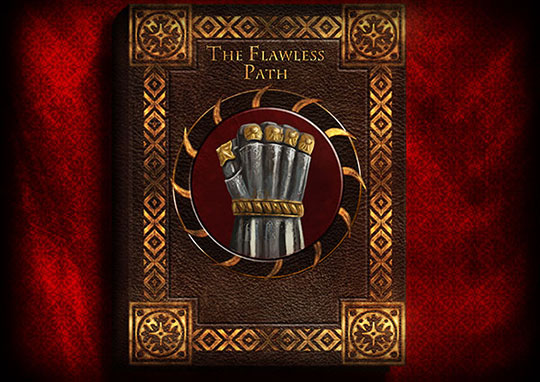 Lastly, races following the Purity path focus on the development and improvement of their abilities and skills without the usage of magic or technology. They believe in the natural progression and they consider the usage of Aether, or any machinery in general, as barriers to their evolutionary progress. Such races have developed remarkable abilities such as telepathy and telekinesis.

The world of Edelynn is a world of many different races and cultures, which are scattered in the many kingdoms across the land. Co-existence is of course not an easy task and keeping the balance is a continuous struggle. Understandably, such a balance is extremely fragile, and when reason and diplomacy cannot prevail and differences between kingdoms cannot be resolved peacefully, then war erupts and armies clash.

It is then the time for great generals and great heroes to shine.

For a more detailed description of the world of Edelynn, as well as the lore of four of the main races which inhabit Edelynn, please visit the relevant section on our official site here: Empyreanrule.com

Soon we will upload a new gameplay video of an underground battle between the Elirian, a ratmen race, and the Dwarves with their allies!