"Slow progress is better than no progress" – probably a quote from same famous author.

Sigh... I'm currently about 35% through all of the ship thumbnails, and it's taking forever! At this rate, it'll take another 1 or 2 months until I finally release v0.3-alpha and get onto new content. In the meantime, however, I'd thought I might as well show off some of the work that has been done thus far. 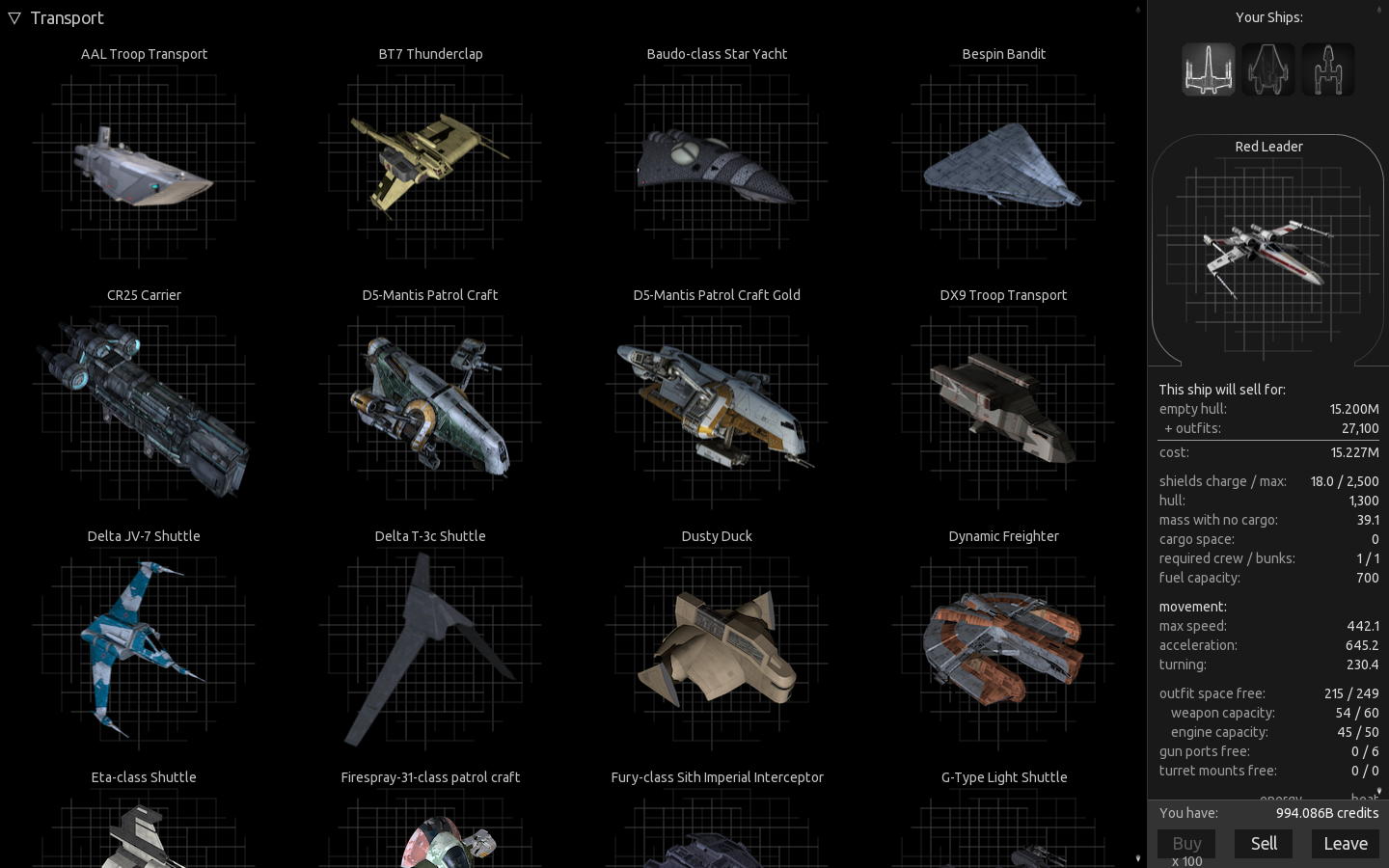 This article's essentially just here to show everyone that progress is still ongoing, albeit slowly. The past few days I haven't been able to create any ship thumbnails at all, since my computer's trackpad is broken. I can still type, touch tap, and even right click using the ctrl button, but I can't drag items or hold the cursor down (let alone edit pngs). It's a pain. Who knew that dragging the cursor across the screen was so important?

On a similar note, I've also got important examinations coming up all throughout the year, so this project isn't exactly a priority for me.

Anyway, back onto the topic of development progress. Since I've been getting bored with ship thumbnails, I've been experimenting with creating a "ship graveyard", a location in which ships will be able to scavenge for scrap metal and electronic components. Eventually, when I get around to starting the storyline (on the assumption that I will get there in the end), I figured that it would be a cool to have a new source of income other than the usual trading/cargo delivering, pirate looting, and transportation. It'll probably end up being a pretty inefficient source of income, and will only be utilised by new players.

Here's a prototype of the planned ship graveyard (there will eventually be a lot more variants to make the graveyard look more heterogenous): 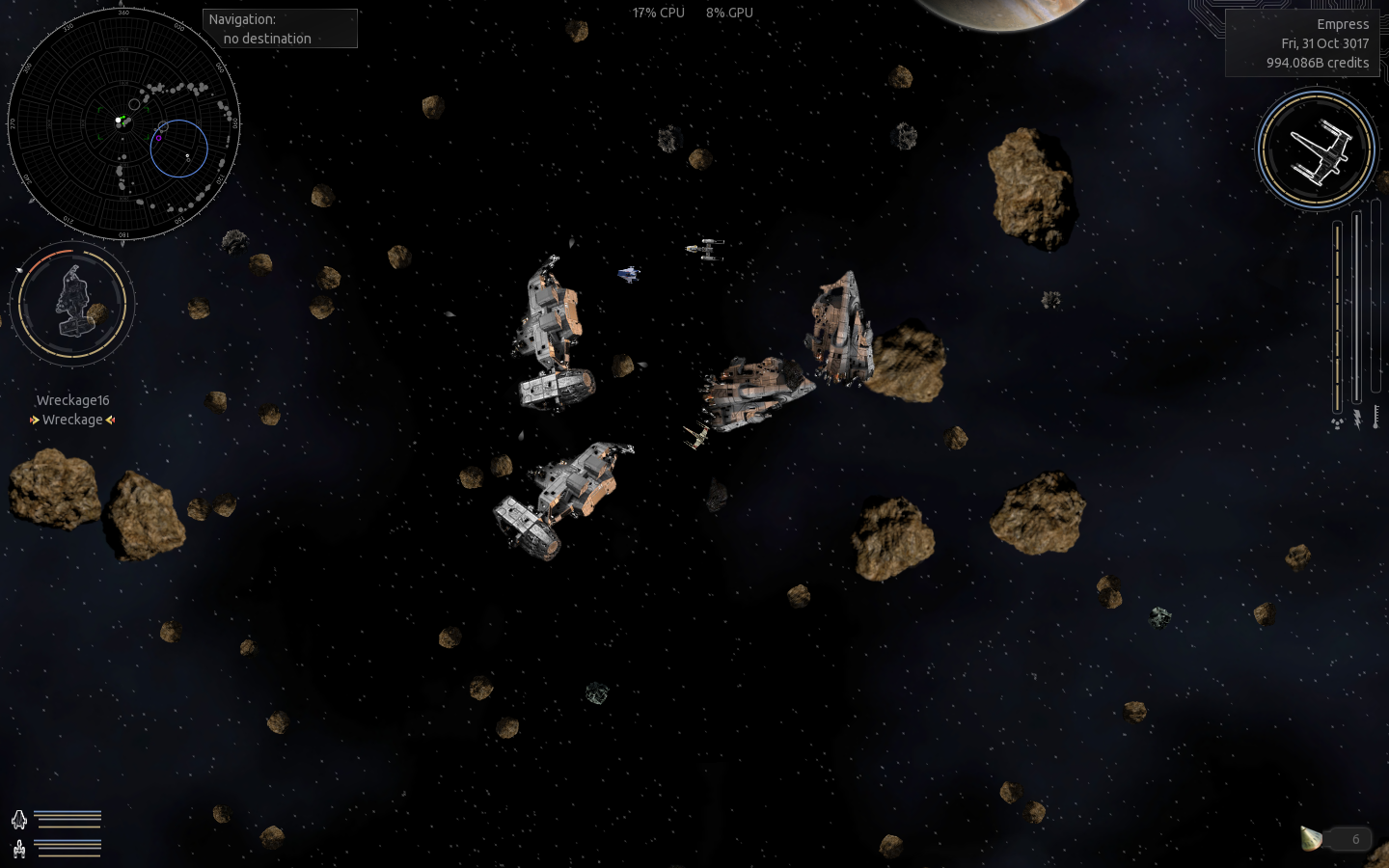 On a completely different note, I finally connected the Star Wars Galaxy to the Vanilla one, so that it is possible for players to move between the two. The connection is between "Pathway (Vanilla)" and "Empress (Star Wars)", where the "Pathway" system is located near the vanilla system of "Mintaka". 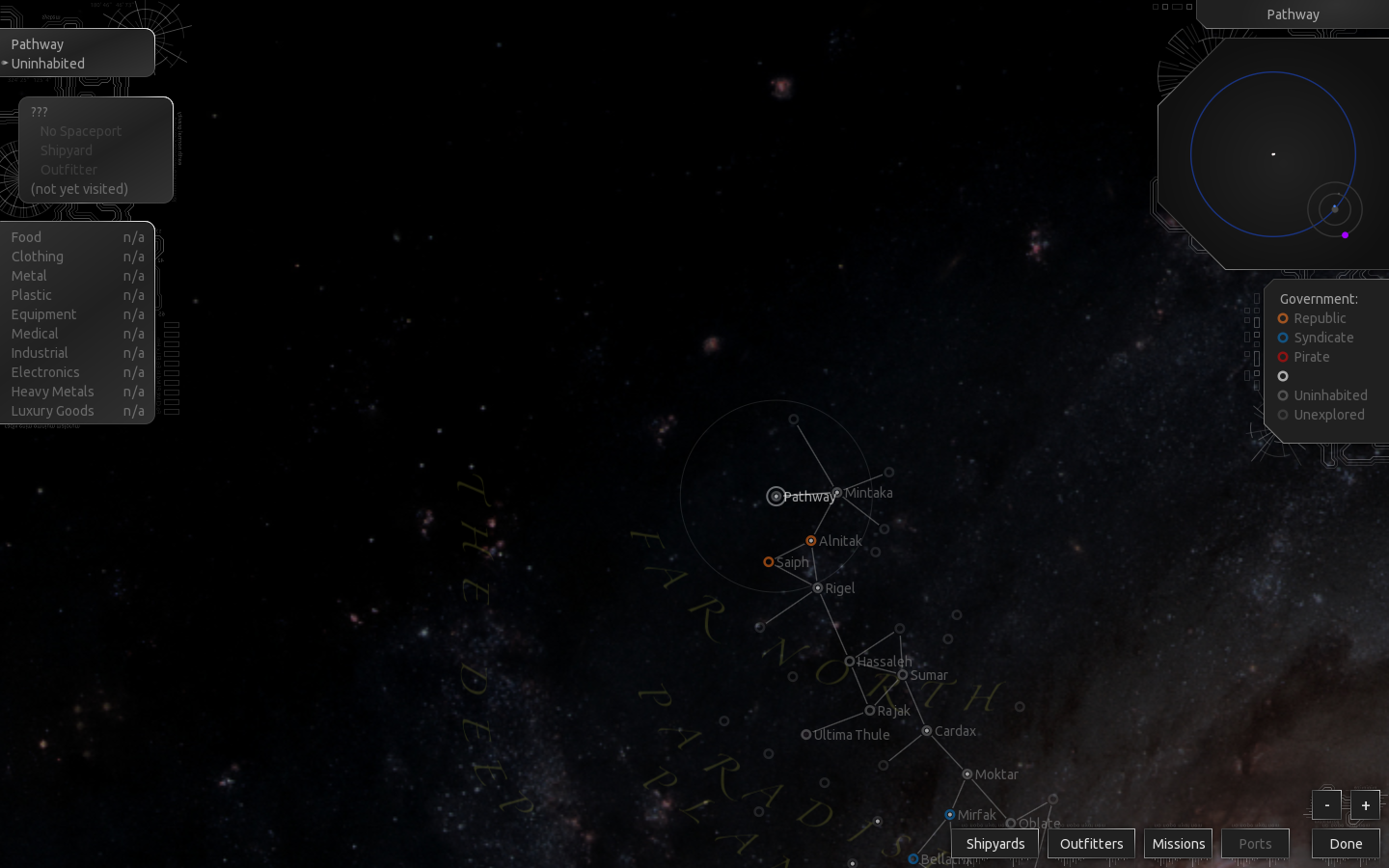 I wanted to see how the Empire would hold out against the Republic forces at Sol, and apparently the answer is: not very well. The TIE fighters proved to be quite effective initially, swarming the carriers and cruisers of the Republic and destroying every single ship that exited Sol. Unfortunately, they were wiped out quite quickly due to their lack of firepower (low fire rate and accuracy), leaving only the star destroyers left. I still won though, so I guess that kind of worked. 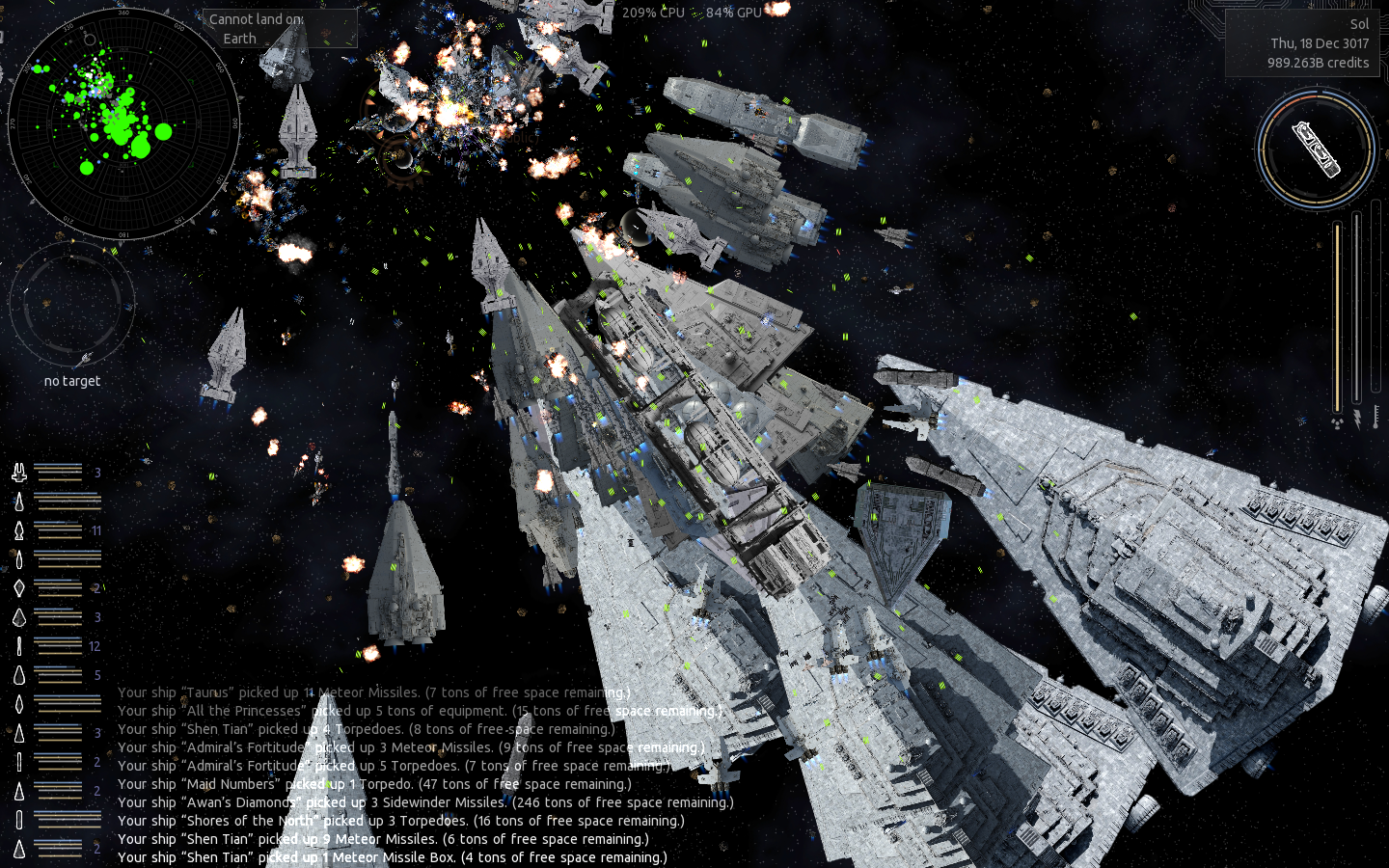 One last thing. I'm not sure if anybody noticed (honestly I seriously doubt it), but it turns out that I had the entire "HCT-2001 Dragonboat-class Reugeot 905 Freighter" model faced the opposite way, with the engines at the front while the cockpit was at the back. Well that's just embarrassing. I realised once I added the ship thumbnail for it, but it was amusing to say the least. Here's a view of what is should look like: 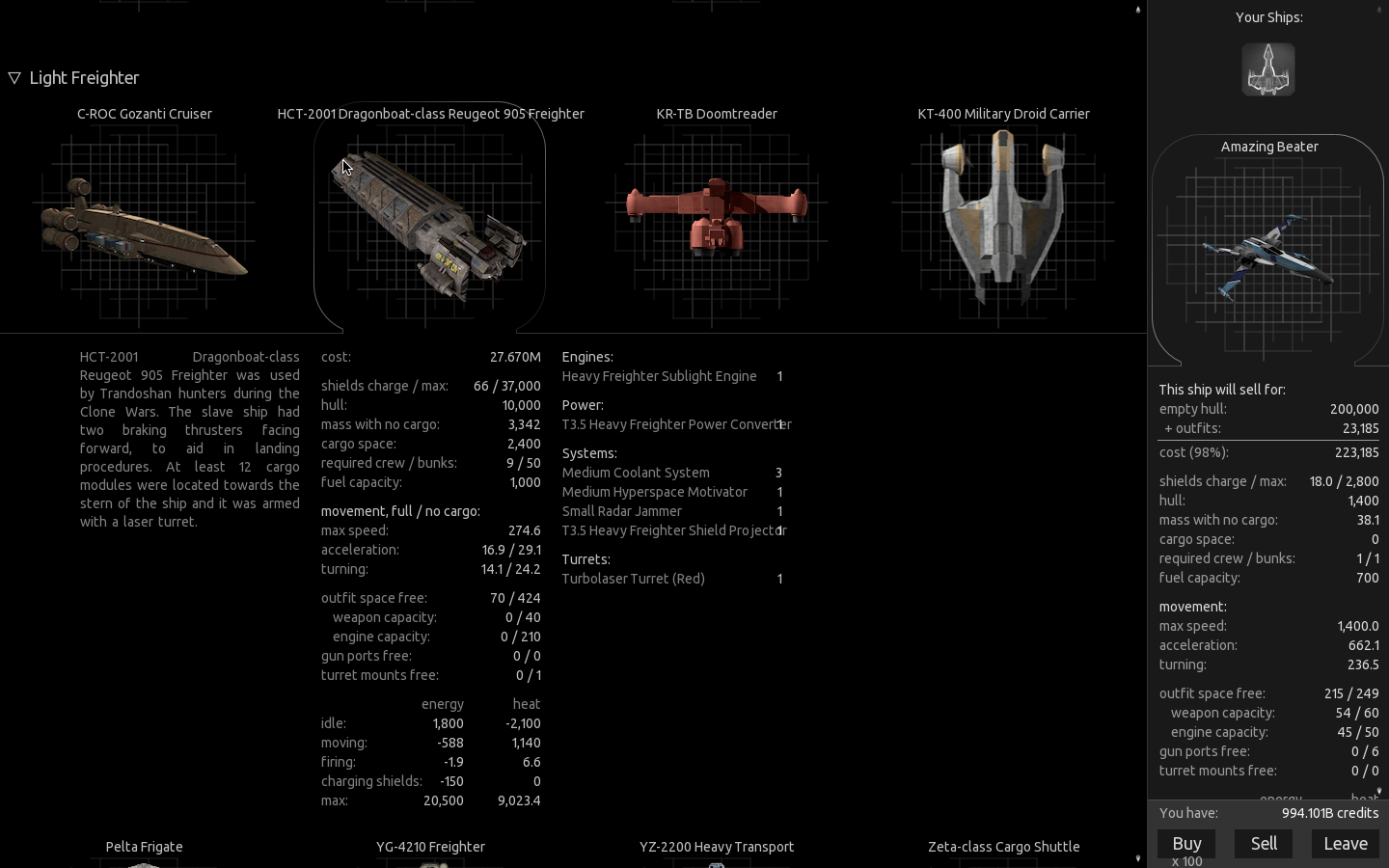 That's it for now, so yeah.