I now work on the game from my home, plus I found a graphic designer & a sound designer. What else ?

But before going further, let me introduce myself.

My name is Mickael and I’m 23 years old. I passed my Higher National Diploma last year, and I just passed my last exam this year, in June. I discovered programming in August of 2011, just before starting my HND.

Why a video game ?

Everything has started when I discovered libGDX. I played a bit with the framework itself, with Box2D, then with OpenGL, shaders etc. Gradually I started using tools related to video games, althought I was not attracted by this kind of programming at first.

Eventually, all this gave me the will to make a video game for mobile phones, a domain I was familiar with cause I had already published 2 Android applications at this time.

In parallel with my studies, I thus tried to find an idea for a video game with an innovative concept. Because I wanted to be able to finish it, I wanted something that I could do without much difficulties with my current knowledge. So forget about 3D :D

So the idea was born of a 2D puzzle game containing 2 basic element types :

Each one of these elements has its own color. It means that a red emitter will send a red ray. Similarly, a blue receiver will need to receive a blue ray for the level to be completed.

Each level is displayed as a grid, with several elements dispatched on it. You can move emitters, but you can’t turn them. Receivers can’t be moved nor turned. All the elements needed to resolve the level are on the grid. You can’t add any element by yourself.

But because images are way better than words, here’s a nice infographic made by our awesome graphic designer that sums everything up :)

The game will contain 10 worlds, each one of them containing 30 levels with a growing difficulty. This means that, at the end, there’ll be 300 levels, which is not bad :p

Throughout your progression in the game, new game concepts and new elements will be introduced to help you cope against the growing difficulty, so that you won’t get bored :)

Given the fact that the game is partially based on the operation of some “natural” phenomena (light propagation, color mixing…), I wanted graphic and sound environnements that would enhance these elements. As you would have probably guessed, I thought about something in space, like an interstellar travel. 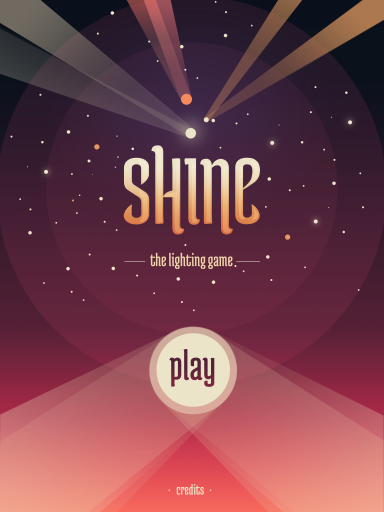 Each of the 10 worlds would then be a planet. These planets could be made only of the natural elements that are familiar to us (crystals, volcanoes…) or mixed with some fictitious elements. Something very sci-fi actually :)

So here’s what the 1st world will probably look like (no elements) ! 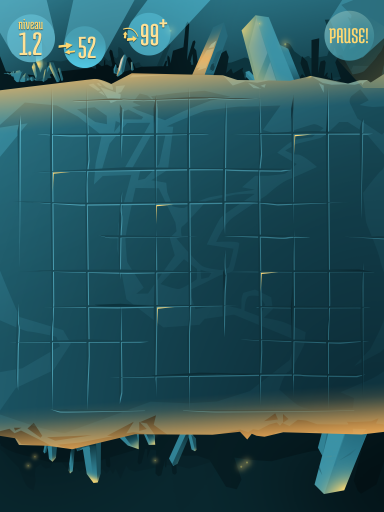 Where it gets interesting for the player is that it means different graphics, sounds and musics for each world, in addition to the new elements. Thus an almost completely new experience each time !

I’m not looking to tell a story through this travel. The only goal being to offer a unique and rousing experience. Like if it could be a way to espace from the daily life, which is sometimes a bit monotonous.

We are currently 3 to work on the game on our free time :

The mechanics part is now done, and a few people occasionally play the game to spot bugs and give us feedback. I “only” have to reproduce what the graphics designer has drawed (elements, environnements…) in the game once we’re almost sure it won’t changed further. We haven’t planned to take addional testers for the moment, but if you’re interested in being part of the adventure feel free to get in touch ;)

Apart from all the progress of the game itself, we will definitely need translators once closer to the release date. So if you speak a foreign language (other than french), feel free to send me a message ! Every person that will have been involved in the game’s making will be thanked in the game’s credits ;)

Let me know if you have remarks, suggestions, questions or whatever else !