Again another long overdue update. Things are however now starting to get to the point where I would like to prepare a public release. Screenshots include the Delta Flyer in a land battle, a first step in getting the Star Trek factions' heroes in land battles, updated models for the Star Wars space units (some featuring turrets) and projectiles, and a sneak peak at what's in store during Galactic Conquest.

It's been a while since my last update, after I released the (back then) latest test version of the mod to the test team in early July I decided to take a few weeks' break, however I then really struggled to get back in the right frame of mind to work on the mod, put simply I think I had burned myself out, after spending over a year with the mod taking up most of my spare time.

After then seeing Rogue One on the TV I felt inspired to pick things up and carry on. I then played the EAW Re: mod and felt inspired to find some new models for some of the Star Wars space units, as nearly all of them are from the vanilla game. I have managed to source some updated models that are freely available, including some various ship packs from EAW Re: that Geroenimo freely released, and various updated models including a nice VSD by Warb_Null. I have been re-rigging some models to add moving turrets, and their matching laser projectile and muzzle flash models. I have in turn updated the pulse phaser/disruptor and photon torpedo models so that the Star Trek vessels now also have muzzle flashes. Below are some screenshots from a game I played as the Empire against the Klingons. 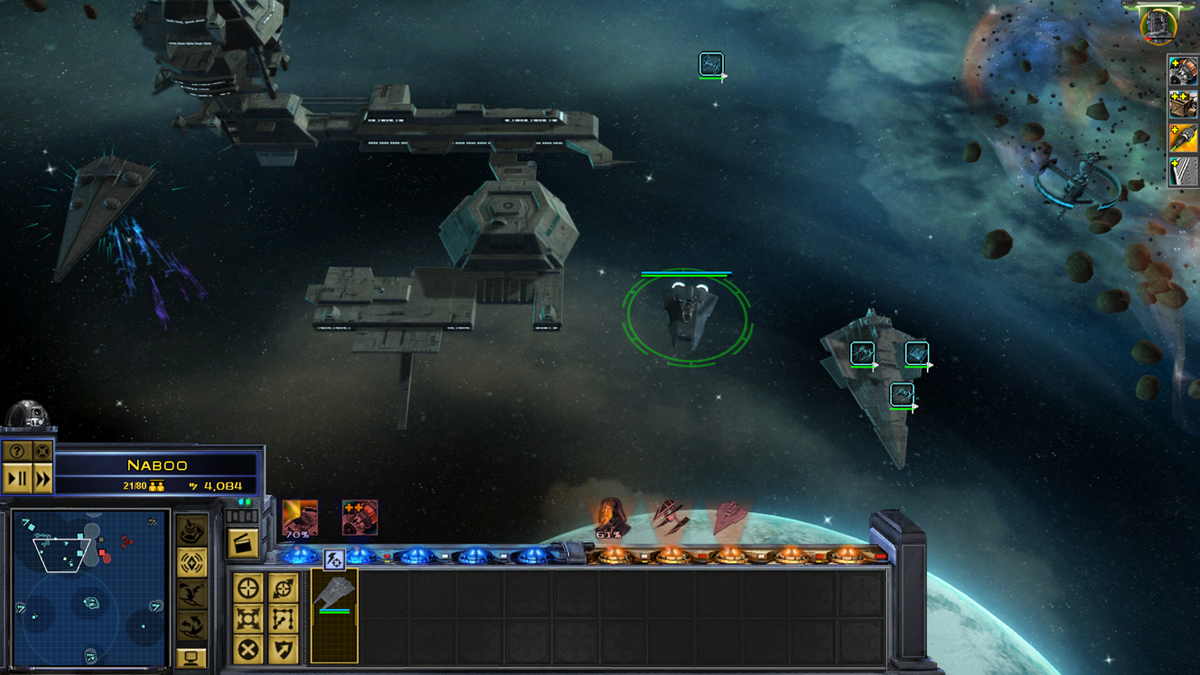 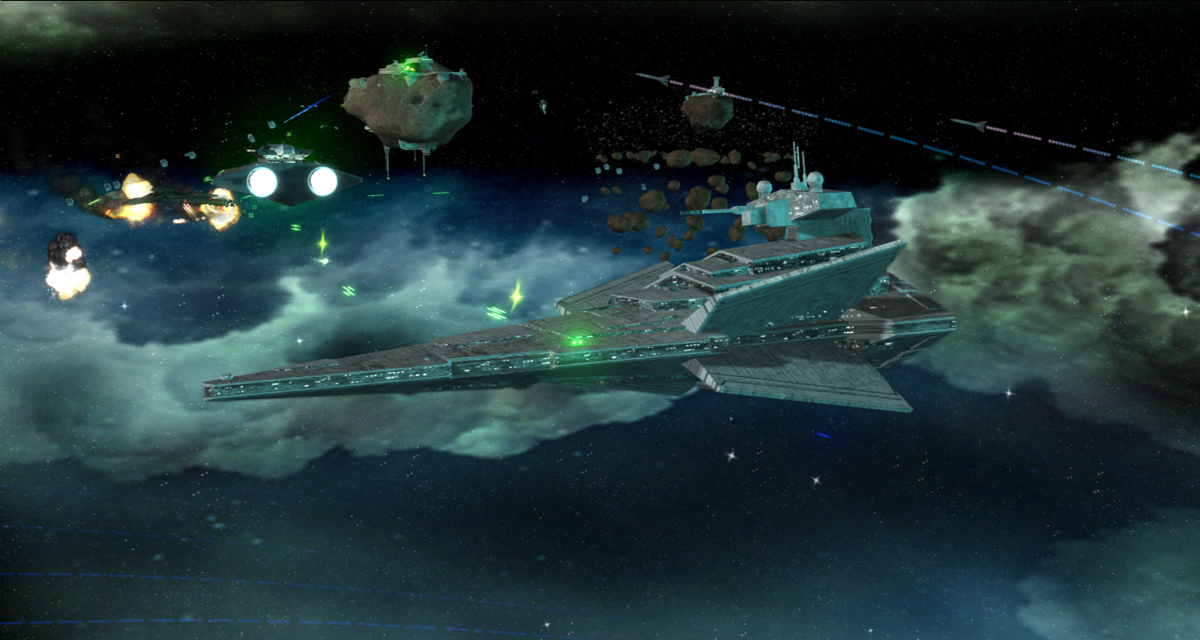 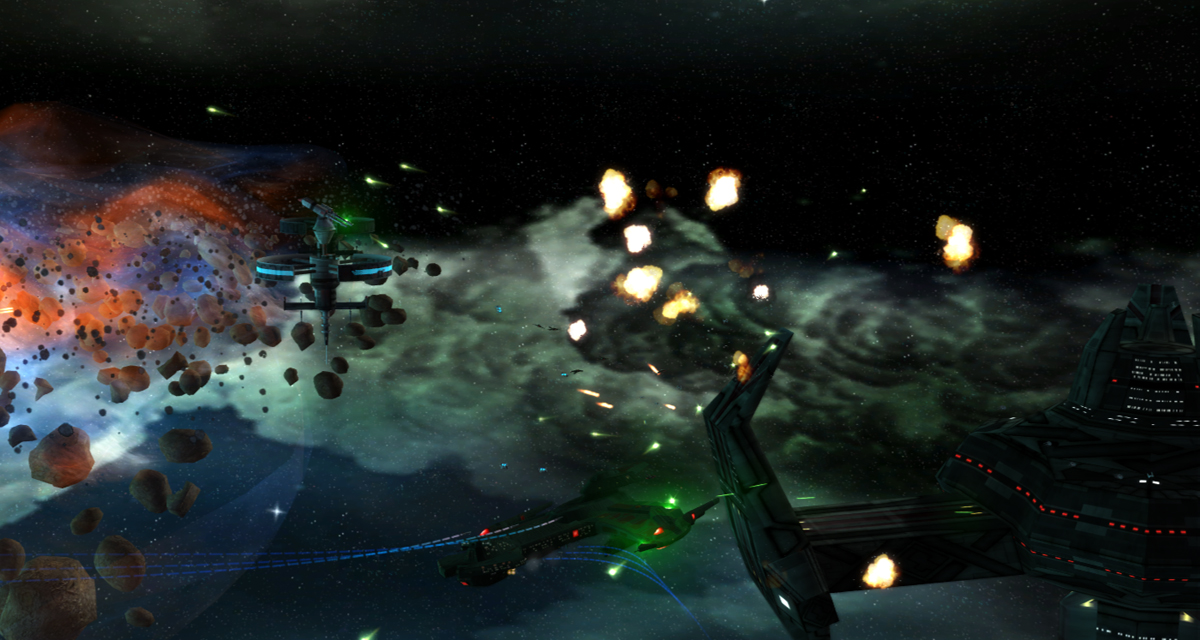 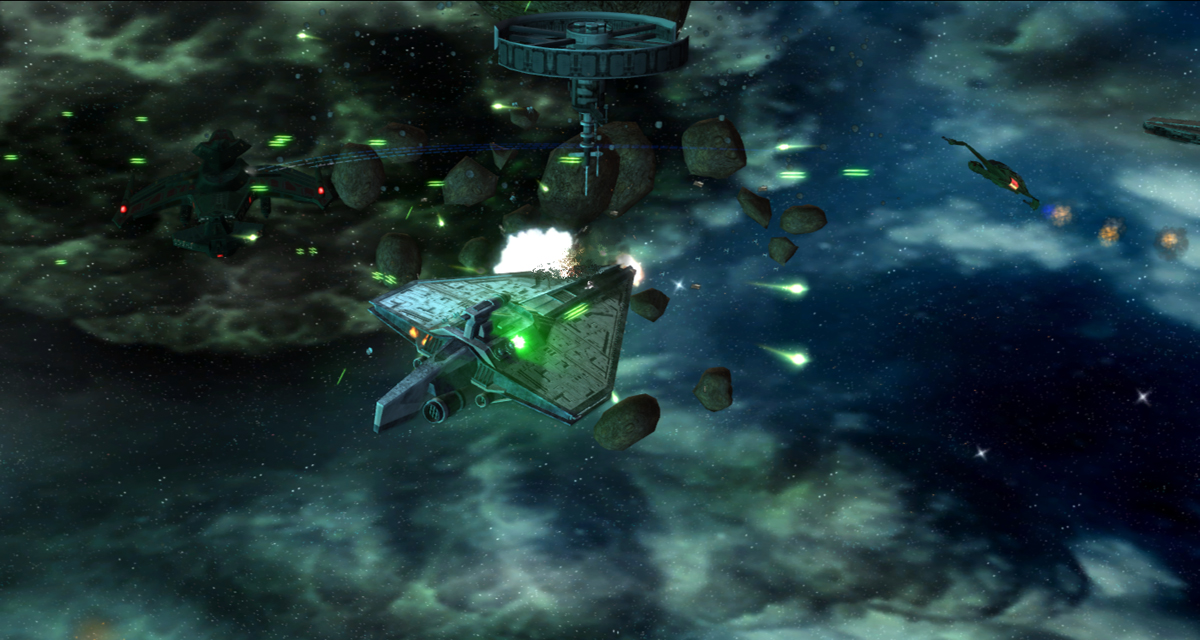 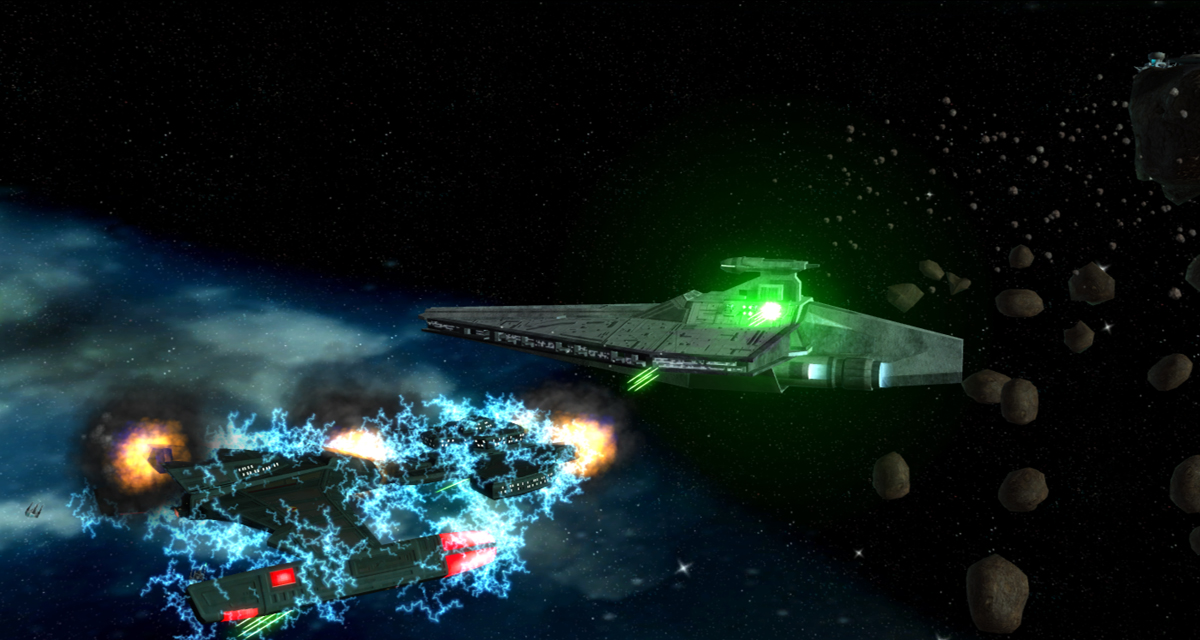 I am now in the process of adding in the Star Trek factions' ground heroes, so far I've added in the Delta Flyer and am in progress with the Enterprise and Defiant, who will beam down unique "4 person away teams"... 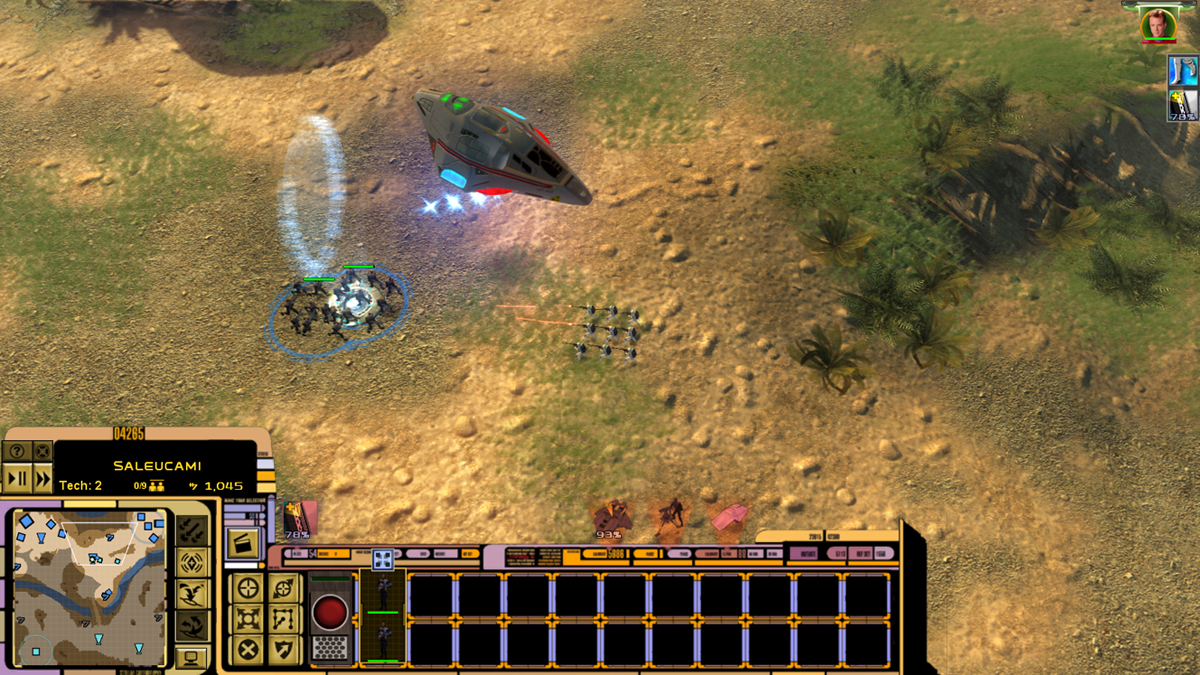 In other news, work by Silvakilla on re-rigging the Star Trek factions' ships, so they have better weapons coverage is taking place, so that they have improved weapons coverage, which should complement the work carried out on adding in the turrets to the Star Wars ships.

I am still in need of a launcher for the mod, if not at least the creation of a small utility that will allow the player to choose which Star Trek faction (or Zann Consortium) HUD they would like to use, as due to the game's limitations all custom factions will use the Zann Consortium HUD, hence why manual texture swapping is required (this can only be done when the game is not in use as well). If you believe you have a solution, just get in touch with me and I will credit you when the mod is released.

Once the Star Trek factions' ground heroes have been added in, I intend to do the first of (hopefully only one or two) final test releases to the development team, with the goal of doing the first full public release. To cut a long story short I won't have as much time to work on the mod after next weekend, due to (hopefully very fruitful) developments in my personal life, plus I would like the chance to enjoy the mod and play it, along with other mods I've had little time to play. With any luck I will have finished adding in the other Star Trek ground heroes by the end of the week.

On a final note, the Star Trek factions now get the "incoming transmission" and objectives when you start up Galactic Conquest, here's what to expect when you start as the Federation... 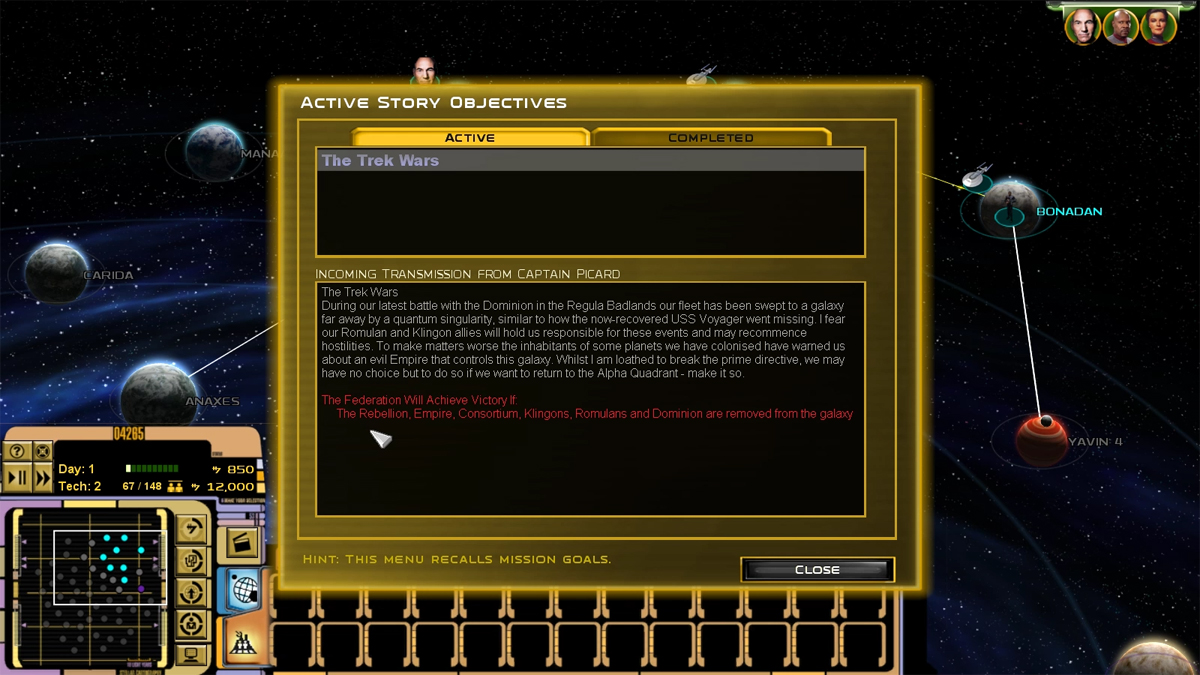 Picard just sneakily looking over the top of the incoming transmission thing, there.

I can easily say I'm looking forward to this update! It's what I've wanted but couldn't do myself.

When will you add the Borg?

I'm pretty sure the borg are in galactic conquest, you just can't play as them.

Nice! And it's front page news today too!! :D