Welcome to the second development blog. Here we ask you, what do you want to know about Demented? Code, how its done? Fell free to comment, and share what you want to see as an tutorial in unity/blender or maya animation

Hi there! Today we are covering the Generator and its animation. How we did it and what is behind it all.

The Generator was made by the idea of making something complex but simple at the same time. By simple we meant the lowest poly count (vertices).
But what are vertices?

(Vertex-singular) Vertices are a type of points that describes the corners or intersections of geometric shapes. The more you have one in a object, the less its optimized, but less detail. That is why game developers use textures to fake some details as depth for example. 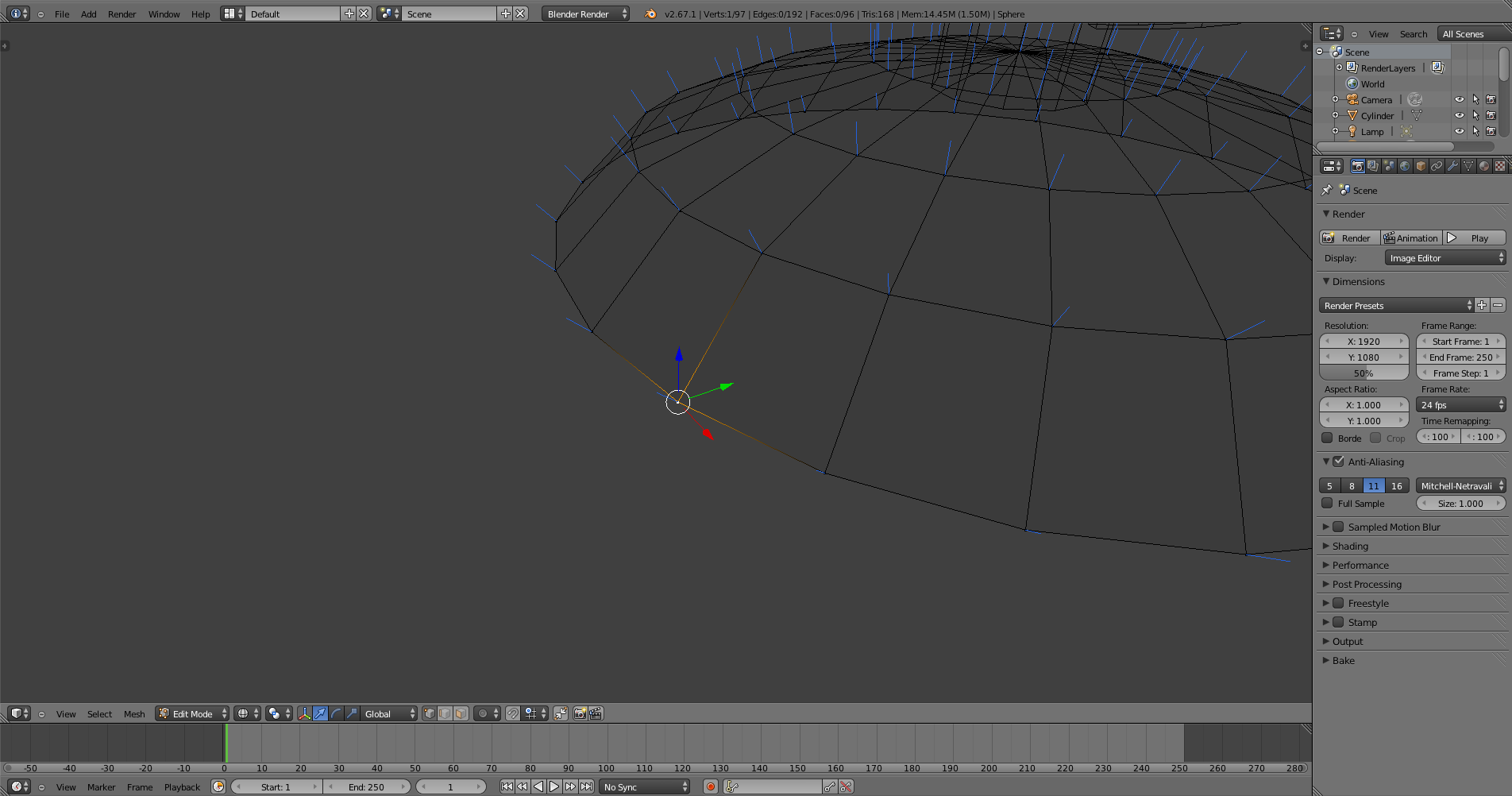 After we optimized it, and made as less vertices count as possible we went to import it in Unity.

Before that we added just a few materials, but we do not bother with materials that much in blender, as we make them in Unity and fixed the UVs (How the image is projected on each face of the mesh) 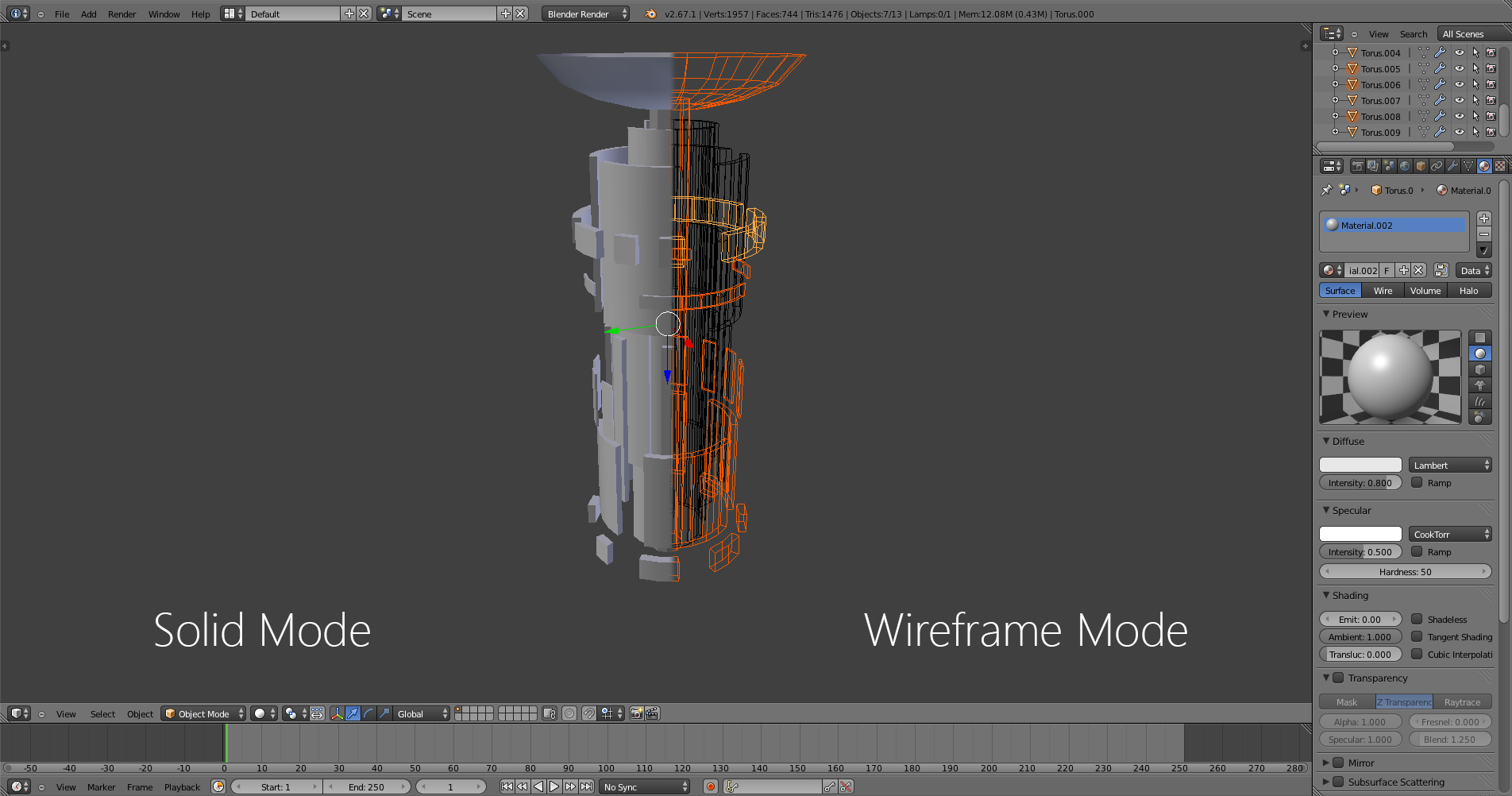 Importing it to Unity:

Here is what a imported material-less object looks like: Here in example we used the generator.
Left one is with standard white materials, right one is completely done. 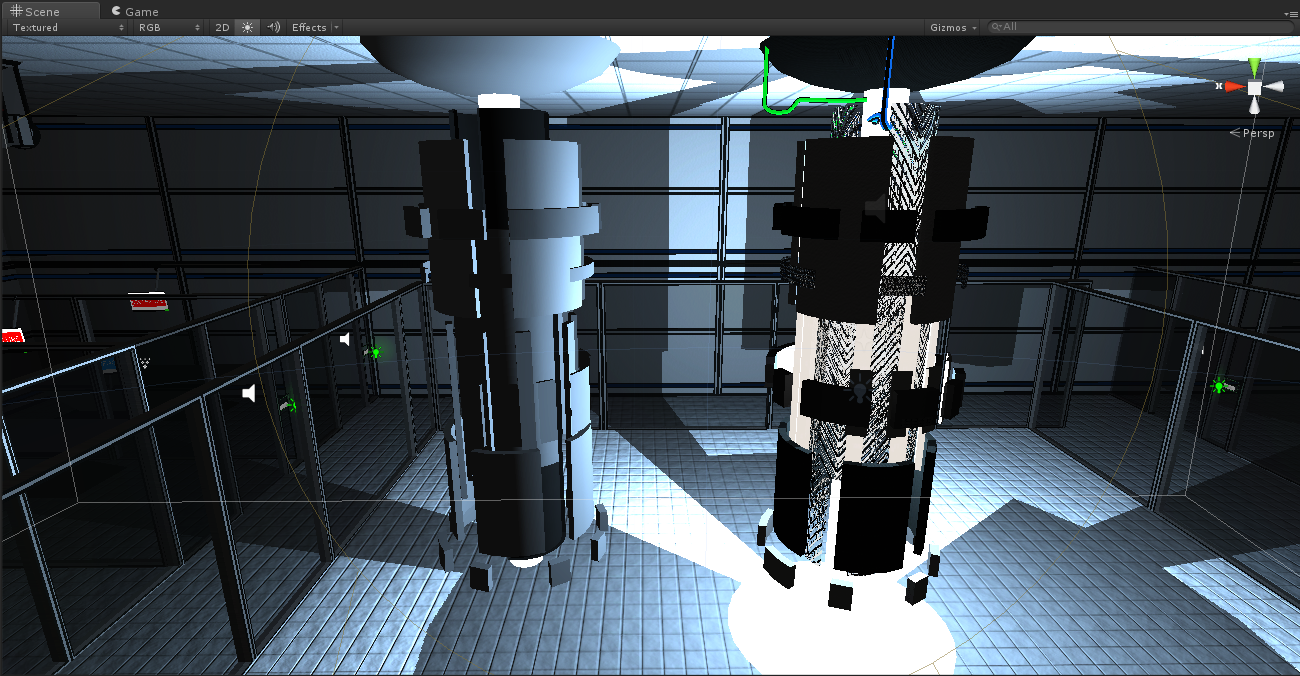 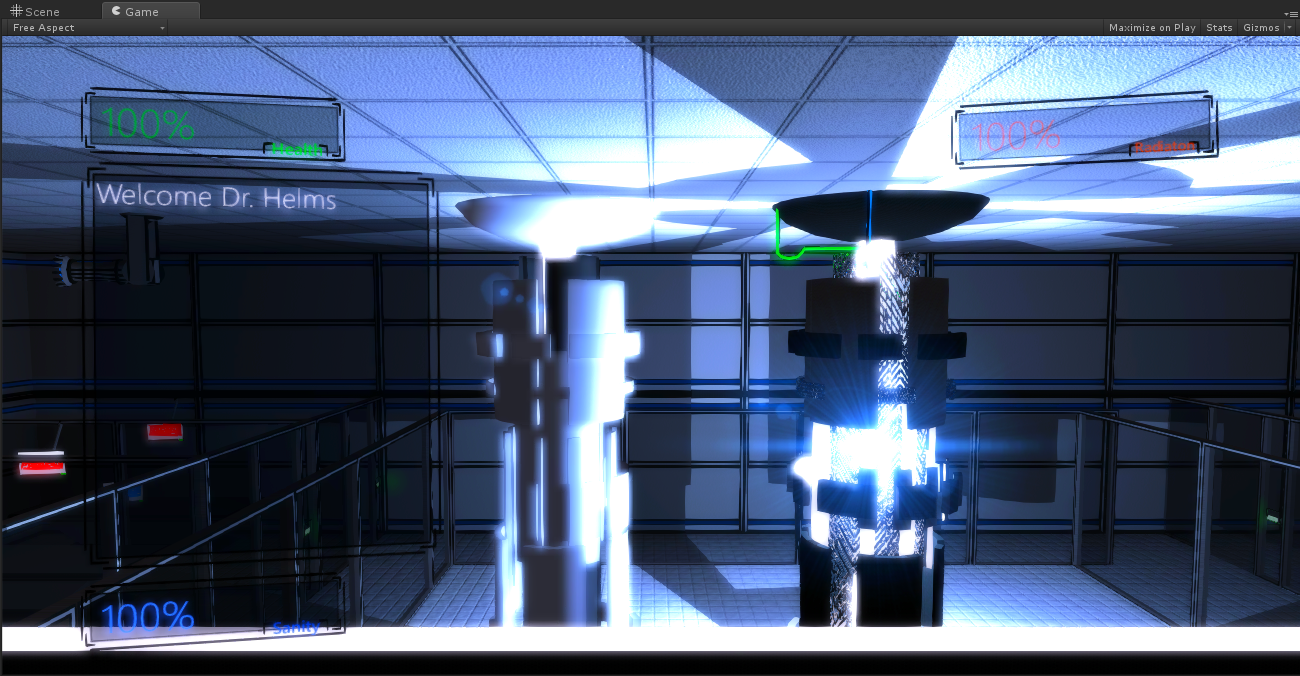 After we set the object up, we considered (from our sketches and concepts) what should it look like?

Since Demented is set in the future, we wanted a futuristic light so we went and made a lot of materials (5 in this case) and attached it to the Generator.
What we got was the Right one, but without the light, shadows and the particles.

The Generator for example has 11 objects that are moving. To make it all happen in Unity, and that we can move him with out worrying about braking the animation, we placed a parent object (Generator) and placed that the only thing effected in the animation was the components(objects) inside, not the Generator itself,

Why does this happen? If you change the transform of the object, that has an animation that changes THAT transform, it will force it to go back to THAT transform that is in the animation

Animation requires that POS-X is changed from 5 towards 10. If you change the place of the object to 20, your object, if you turn on the animation, will return to the first location, 5. Ignoring where it was before.

After we made 3 animation we added 1 condition. Is it on? If it is on the animation starts - the start animation, if it is not on, it will shut down animation, and so on.

After that all is working by making a button that controls the condition (IsItOn).


That is all for this weeks development blog. If you like it fell free to comment and give us feedback so we can be even more detailed if you want.

In a few days we will showcase it everything in a video. So subscribe now and don't miss it!