Up until now the UI programming for Mercury Fallen was relatively per interface/object. I have some top level classes that I made to inherit from that define a window panel consistently, but the UI for the different interactive objects in the game were all individually crafted which meant a lot of work if I’m creating a new object with a new type of functionality. This isn’t a problem with some games, but I wanted a system that would grow and adapt as i continue to add more content without having to re-write a lot of the same code over and over again.

The other concern were certain UI elements that are just naturally consistent across different types of objects. For instance the ability to deconstruct or if the object needs and is receiving power. What I needed was one window to rule them all. So to speak.

I had been thinking about a unified UI window for a while, but wasn’t sure how I wanted to structure it. The underlying data, however, already implies how it should be visualized. 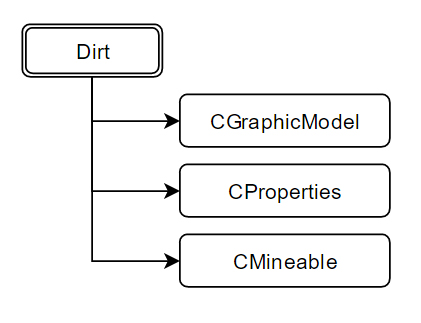 The custom component infrastructure that I wrote already shows nicely how an object is represented and I just needed to reflect that in a user interface. Each entity in the game is mostly just a container for components which means each component can simply be a section within the UI, where applicable.

Not all components need a UI, but it could be good for debugging.

So now that I had an idea on the direction I just needed to visualize it. I figured the best way was sections and elements. Each component could define it’s own section in the interface and create the UI elements it needed to handle user input or just display information. 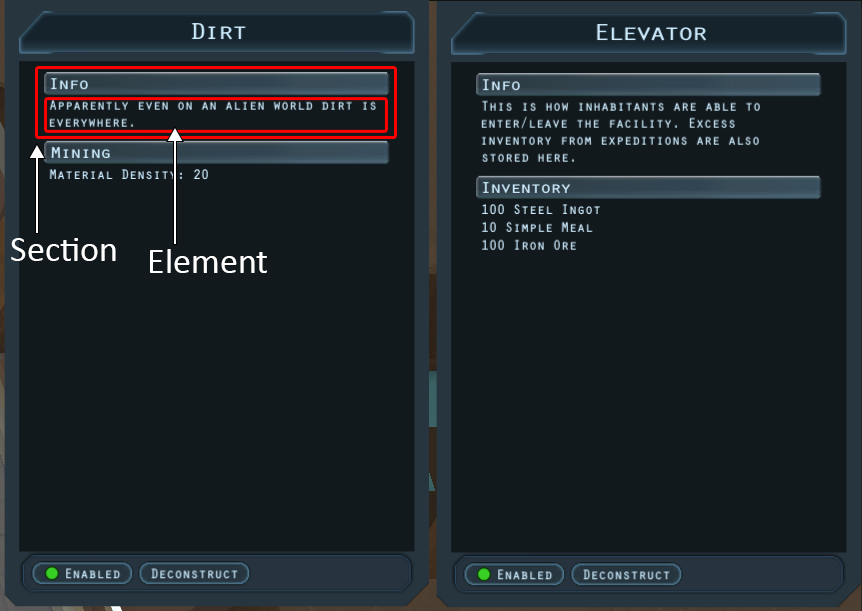 So as we can see in the above image we can visualize the components of the selected entity and we don’t really worry specifically about what it is we selected. Each section has it’s own controller which handles the logic and data binding to the component. The main window itself is just one master script/prefab for every object in the game. The master window determines which sections to add based on what components the entity has.

I spent this week connecting in various components in to the new UI system and so far it’s all going pretty well. It means more work now, but the trade off is that it makes adding new objects and UI functionality easier later as I continue to add new machines/furniture to the game. This new system also more flexibly allows me to add additional relevant information for the player to see when they click on various objects in the game.