New developer diary, we've been at the gamescom in cologne (Germany) and the user interface is finished now!

Last week we’ve been in cologne (Germany) at the gamescom, a trade fair for video games. I’ve talked to a few publishers gathering information on strategies to distribute a game on the world-marked, payment system providers for game and in-game purchases and last but not least, advertisers. They gave us quite a bit of information brochures, haven’t had a chance to read through it yet. After all, the most important aspect was getting some contacts into the game industry, which we seem to have now. We had the opportunity to talk to a few persons and introduce them to the concept of Remaining Days, everyone we have talked to was excited and curious. :) Here is a picture of some of our loot: 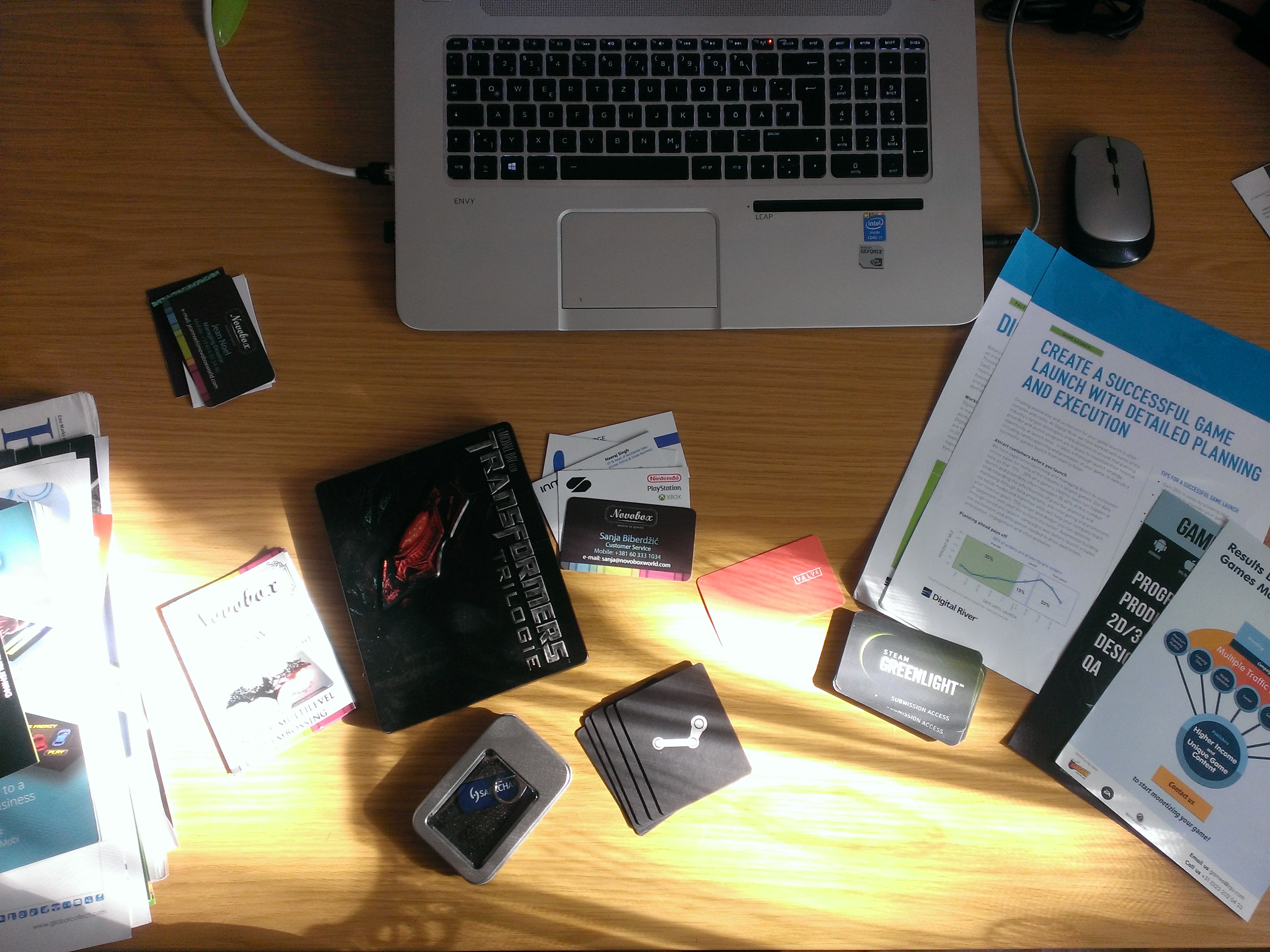 Other than that we've been working on the in-game and menu user interface, which is finished now. The inventory slots that were missing are now there and an in-game menu. Video settings have been added to the main menu. Here is a screenshot of the new in-game menu: 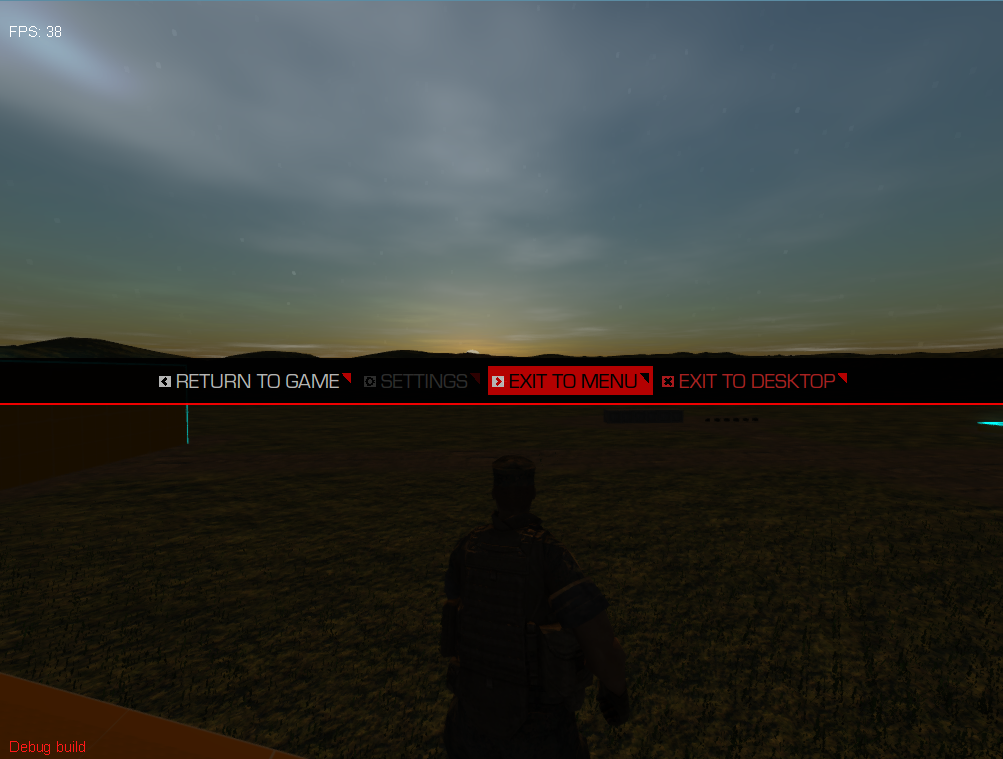 The inventory slots that were missing:

And the new video-settings in the main menu: 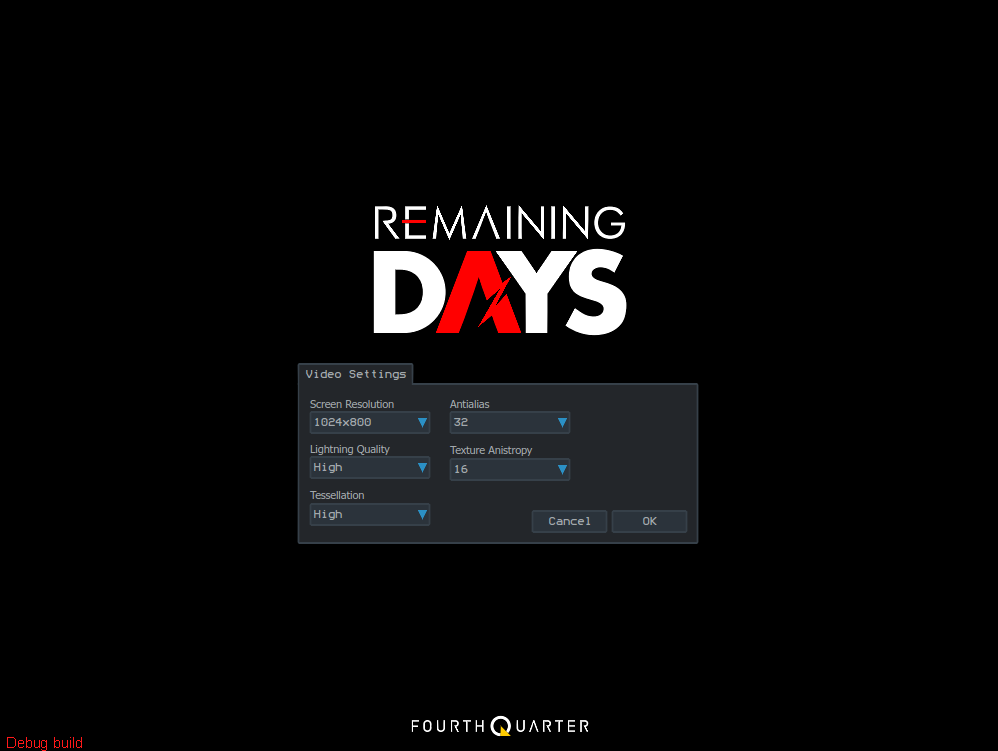