Beta is on the horizon, as well as the time to gain exposure.

I've been silently working on features mentioned in previous dev diaries, and the game is slowly getting to a point where I'd feel comfortable with getting wide exposure. I've not lifted a finger in terms of advertising the game so far, because I wanted to make sure most things are in place and working fine before it is subjected to a wide audience, and therefore potential reviews.

With the holiday season on our doorstep, I expect to speed up my workflow substantially, as my usual distractions have been put to rest. (mostly referring to university here)
Hopefully we'll be seeing a new, better promotional video in a matter of weeks, and of course a new release.

I've decided to add some soul to the ingame characters through dialogue, which has paved the way for storyline missions. Once I get comfortable with the state of the game I'll be pumping those out like there's no tomorrow. For the upcoming release I'll include one or two just so you can get a taste of things to come. 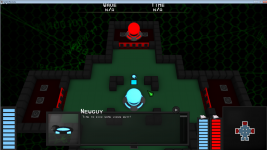 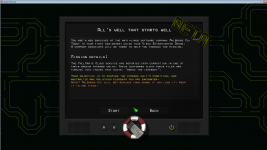 Regarding the game's overall design, I'll be giving moddability a lengthy rest. It's already pretty advanced with variables, but scripting and custom weapons/entities would add such a humongous workload which could delay the game beyond reasonble proprtion. It will definitely be put aside until there's a serious interest in user created content.

I hope to be back with good news very soon!