In the second Developer Diary we elaborate on our Turn-Based Combat system.

Hello everyone, it’s Joel again and I’m happy to bring you the second Developer Diary for Heroes of Shadow Guard. Development is going smoothly(knock on wood) and productively, and our excitement grows daily as we near the winter release. In the first Developer Diary, I introduced the Labyrinth editor and the different components at your disposal to create a clever maze to thwart would-be invaders. Now, I would like to unveil the other half of the story by addressing our Turn-Based Combat system.

Looking at an opposing Faction, their lots are in plain view; you can easily select one and select the designation to engage in a Raid. Raids are always solo missions for you and your heroes to undertake. Your party is comprised of three Heroes; Heroes are the characters you can acquire to use in Raids. They will belong to one of four classes: Paladin, Rogue, Mage, or Priest. Once inside the opposing player's Labyrinth, you must navigate through the maze in search of your opponent’s treasure chest. Your player perspective while navigating the Labyrinth and even when battling is always first-person; this was inspired by one of my favorite SEGA titles Shining in the Darkness. We wanted to immerse the player in the experience of crawling through a Labyrinth specifically designed by another person to keep them out. As you traverse the layout, you will randomly encounter guards that the defending player has selected to ward off Raiders such as yourself. 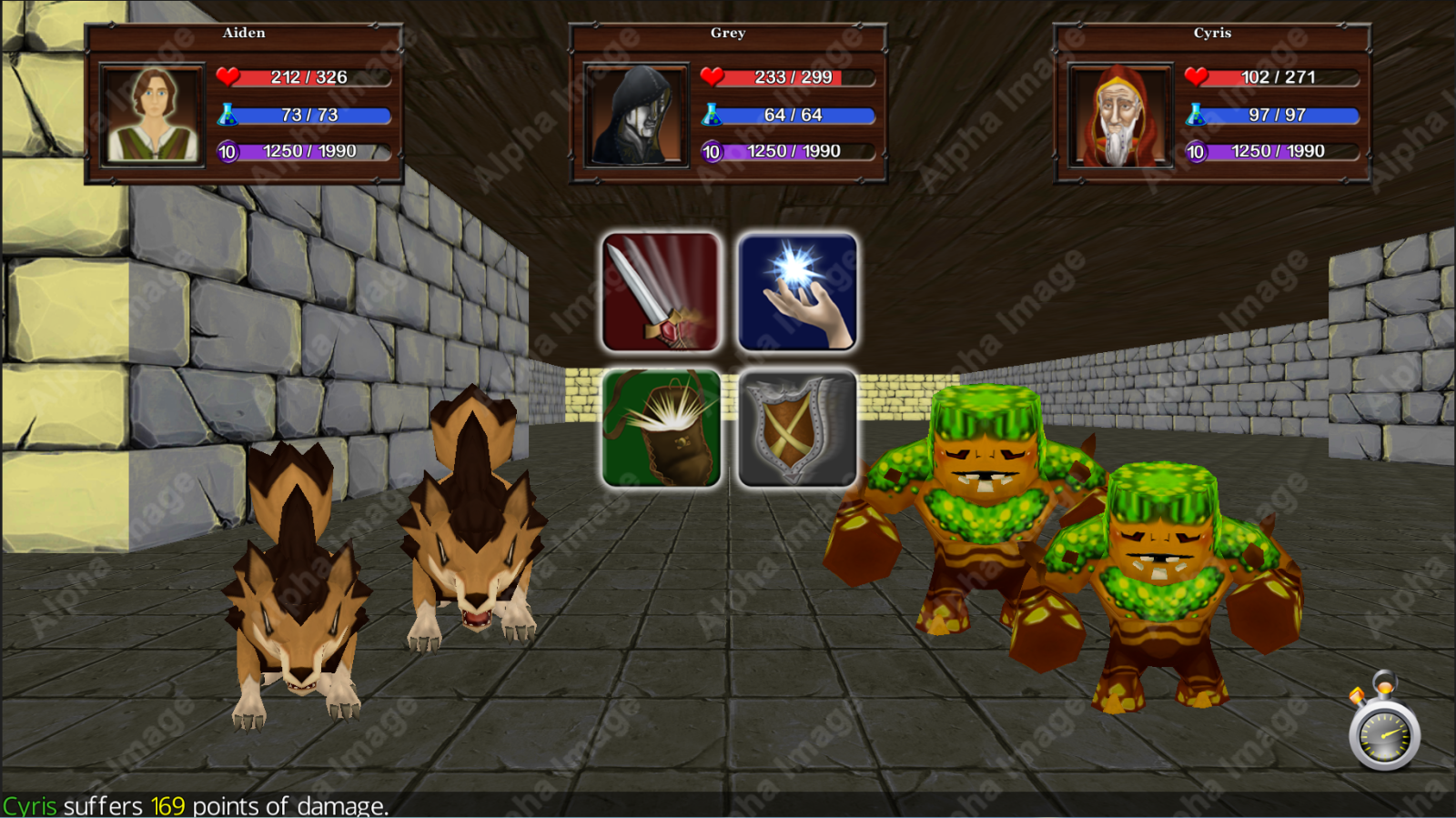 The player and the three Heroes he has selected engage in turn-based combat against whatever guards the defender has selected to protect his treasure. In the Battle Menu, you have four options: Attack, Use Ability, Use Item, and Defend. The first is obvious; Use Ability allows you to cast a spell or use another special talent. Use Item allows you to deploy something of use from your battle bag (think potions, damaging items, etc), and Defend provides partial damage mitigation. These intense, dynamic battles are further complicated when encountering traps (which cause debilitating effects on your party) and idols (which buff nearby guards). As guards are defeated, the active Heroes receive Experience Points and gold; loot can only be acquired by reaching the treasure chest. Naturally, guarding the chest is the Chest Guard, the final boss of this Labyrinth and a true test of your skills. If he is defeated, you get more XP, gold, and a portion of the defender's loot. 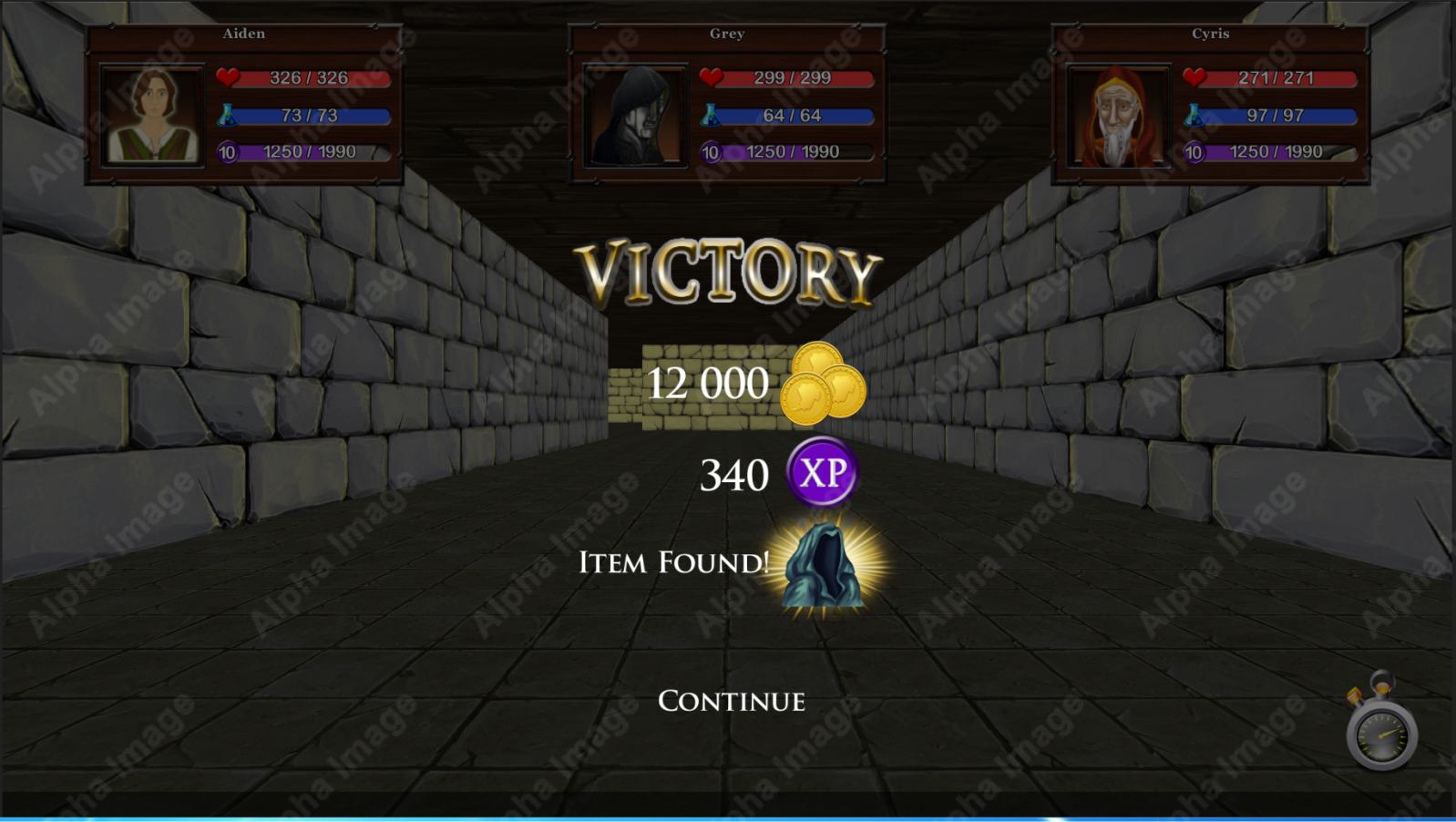 I think we have done a great job in welcoming new players to the genre through intuitive interfaces and simple game mechanics while still maintaining the deep strategic components RPG fans will appreciate. Your first strategic move when raiding is to decide on which three Heroes to take with you into the enemy Labyrinth. Each Hero can have up to four active Abilities and three Usable Items – all of which are also selected by the player before entering. Do you focus on a Paladin's ability to wreak fast havoc on enemy guards, or do you utilize the Paladin's damage absorption and protection abilities to protect his more fragile counterparts? Do you load up on traditional Health and Mana Potions or save space in your Hero's battle bag for unique, strategic items like Wall Paint (an item that allows you to make custom marks on a Labyrinth wall for navigation).

Our excitement continues to grow as we near Beta and we can’t wait to share this awesome game with all of you.