Posted by AnvilGameStudios on Feb 12th, 2017

The topic we have chosen for the blog this week is perhaps the most iconic family of devices when one considers the setting that we have chosen for Holdfast: NaW. Black powder firearms changed the nature of warfare during the 16th century when it became cheaper to train hundreds of musketeers than it did to train a bowman. By the time the 19th century arrived black powder warfare had evolved into a complicated rock-paper-scissors affair between cavalry, artillery and infantry.

We have all the systems in game for all aspects of musket-based gameplay. This includes both ranged and melee features. Fire off your shot before charging in with bayonet raised to close with the enemy in fierce hand to hand fighting. A lot of thought has gone into these systems and our ultimate goal is to balance them so that the inaccuracy of these weapons is represented within the game to both encourage closer engagement ranges and also emphasise massed volleys over individuals skirmishing at long range. 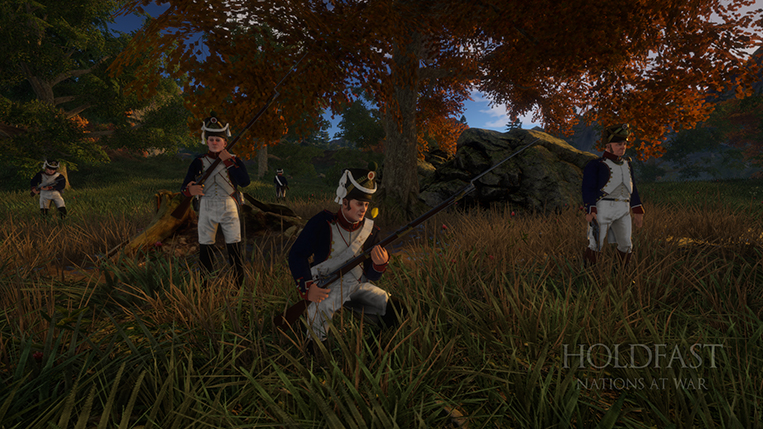 We also feel that it is not conducive to the success of any game to sacrifice good gameplay for any reason so balancing this will be an ongoing effort with help from our community. We have done the preliminary testing ourselves but will be looking for feedback from both our closed beta and early access release to finalise the content.

Our system allows us to customise firearms individually in multiple ways.

Shot Deviation - A smoothbore musket was not very accurate when compared to modern firearms. There is a randomised element that affects how much and in what direction the projectile deviates from where the musket is pointing after being fired. We are interested in adding more depth to this feature, for example, we would like to take in wind strength and how this would impact the velocity and direction of a musket ball. Server administrators would also be able to toggle this feature on and off.

Shot drop - The large round metal projectiles fired from these weapons were not magic and suffered the pull of gravity like anything else. The moment the ball leaves the barrel gravity is pulling it towards the earth. We can individually set maximum ranges for distance.

Damage over distance - The raw physical energy and therefore the piercing impact of a projectile is affected by how far it has travelled, forcing its way through the air and against the pull of gravity.

Amount of shot in the barrel - Currently this only affects the blunderbuss. This setting allows us to track how many projectiles have been loaded into the firearm.

Ammunition count - This enables us to set how many times you can fire a particular weapon.

Reload time - How long it takes to reload a weapon (for instance a pistol will be reloaded slightly faster than a musket).

To use a musket it is a simple process of right clicking on your mouse to raise the musket to your shoulder and aim it. You can then press left click on your mouse to pull the trigger and fire. While damage to the body will not always result in a kill shot, taking a projectile to the head will always end your fight, so try not to stick it above the parapets too much! 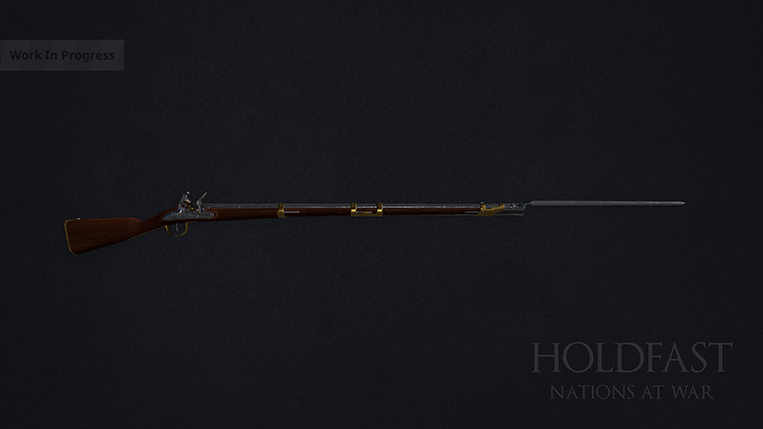 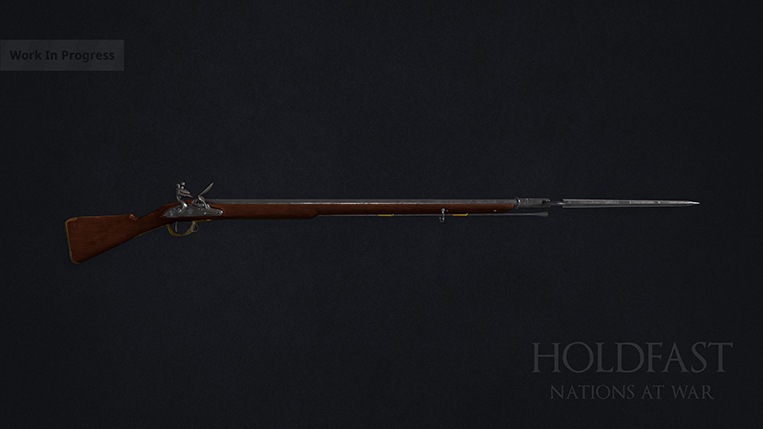 Pistols are single-shot muzzle loaded firearms to be used by officers and naval personnel. Pistols have the shortest reload times when compared to the rest of the firearms. They are limited by a short range and deal a medium amount of damage. 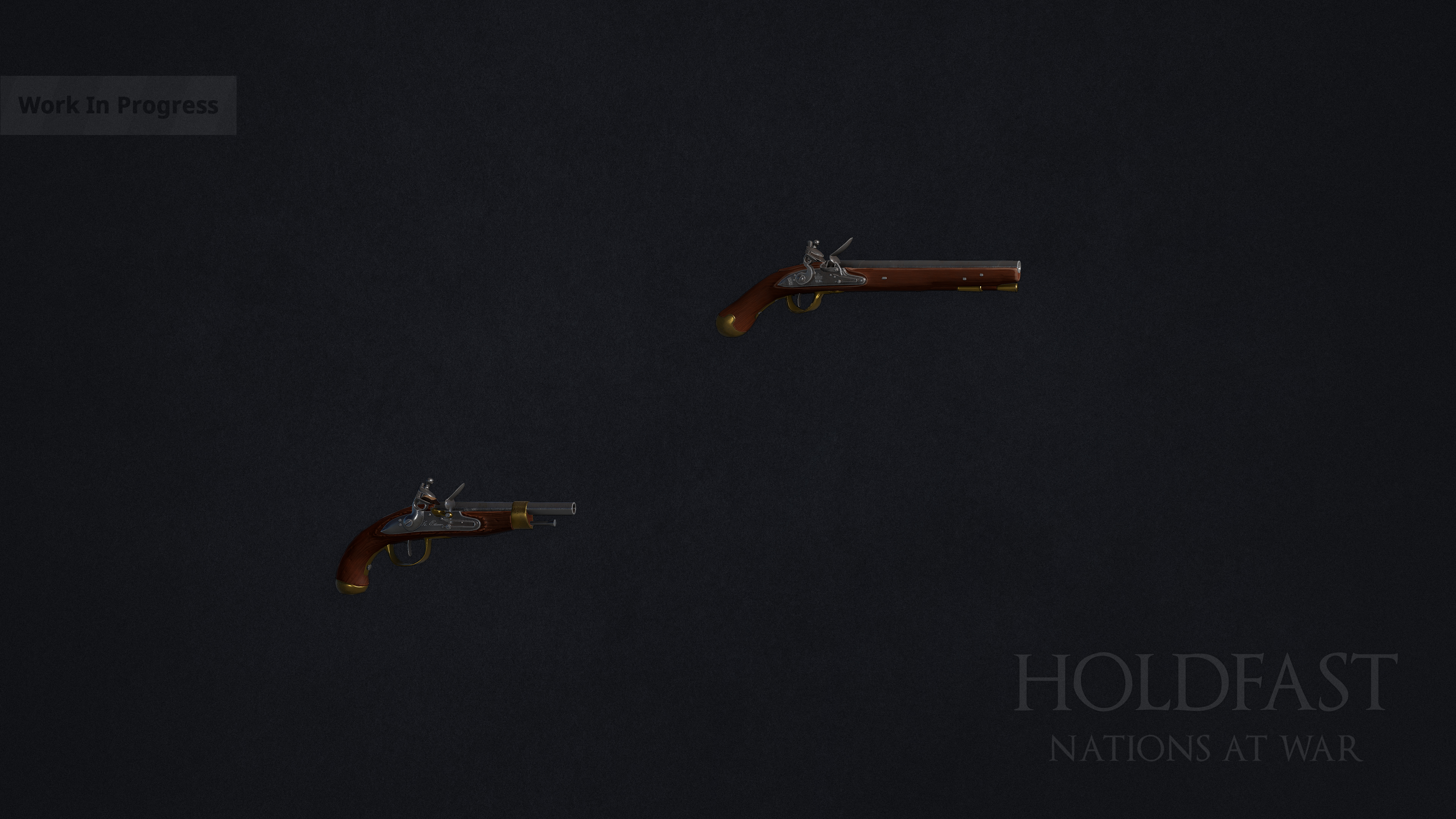 Blunderbusses are muzzle loaded firearms, representing an early form of a shotgun. They have the shortest range when compared to all the other firearms and a high reload time but are able to shoot multiple shots at one go and deal high damage over a large surface area. 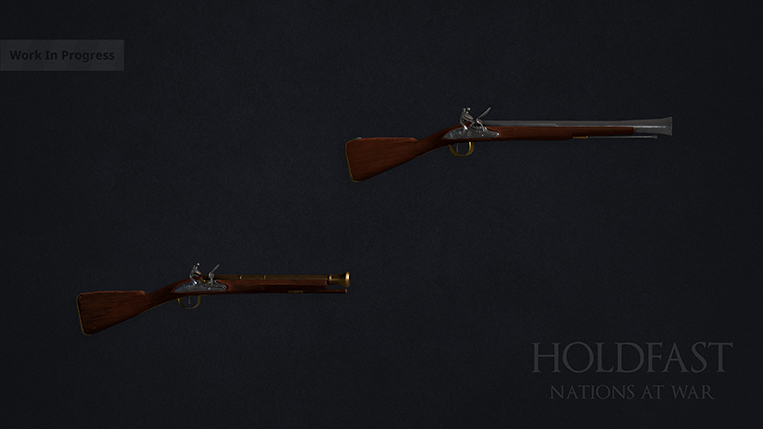 To be used by a class which has yet to be announced. Rifles have twisting grooves carved into their barrel much like the inverse of a screw’s twisted thread. The shot loaded into rifles was also regularly covered in a thin layer of leather designed to fit snugly within the barrel. This allows the carved grooves to grip the projectile and force it to spin as it leaves the rifle. This spinning motion stabilises its flight resulting in longer distances and lower shot deviation. Skirmishers wielding rifles were a deadly threat on the battlefield and were often utilised to cause chaos in the enemy ranks by killing officers and NCOs at range. 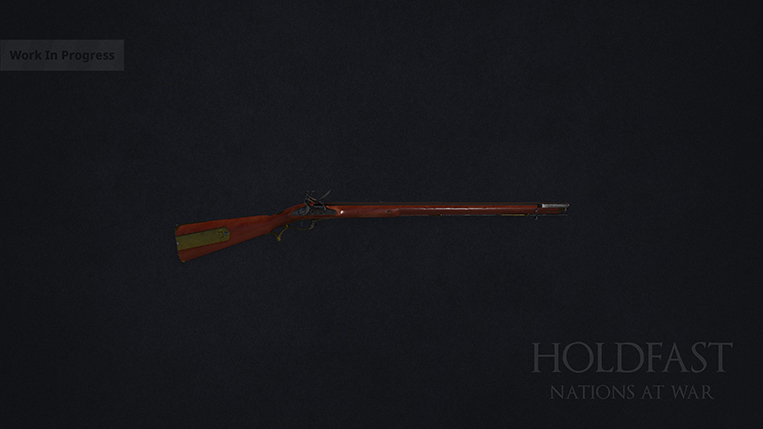 We are planning another graphical pass over these weapons to increase the quality and authenticity of their final look.

Are there additional firearms you would like to see included in-game? Join in the discussion for this developer blog here and tell us about it.

That is all we have for today. Stay tuned for more dev blogs and insight into Holdfast: Nations at War!

I can't wait to see some more gameplay!