The HUD got an update, and the Health System 2.0 is finally done! Also: VIDEO!

Hi! What? A design post? Are you sick? It was merely two months since the last one!

Yep, game is building itself slowly but surely. I don't know if you say that in english but in french it's something we say. Anyway, let's recap some of the progress I've blogged about if you skipped some posts:

Lots of things happened (I mean, outside of the game), so it seems the development stagnates, but there are some behind the scene work we've done we can't show you (well if you don't want to be spoiled, or if you like game design stuffs... anyway, nothing consistant to show). Beside that, I took some time to design and build the new HUD in the same time as Health System 2.0 (since the two are connected).

Work on the campain has also started. Some systems involving dialogues and actual campain paths (since our campain has roughly 6 scenarios) are being built. We locked up one scenario and all the circuits ideas.

Also, I tried some 3D building. Not the best but I'll improve over time and I'm sure the next one will be much better! 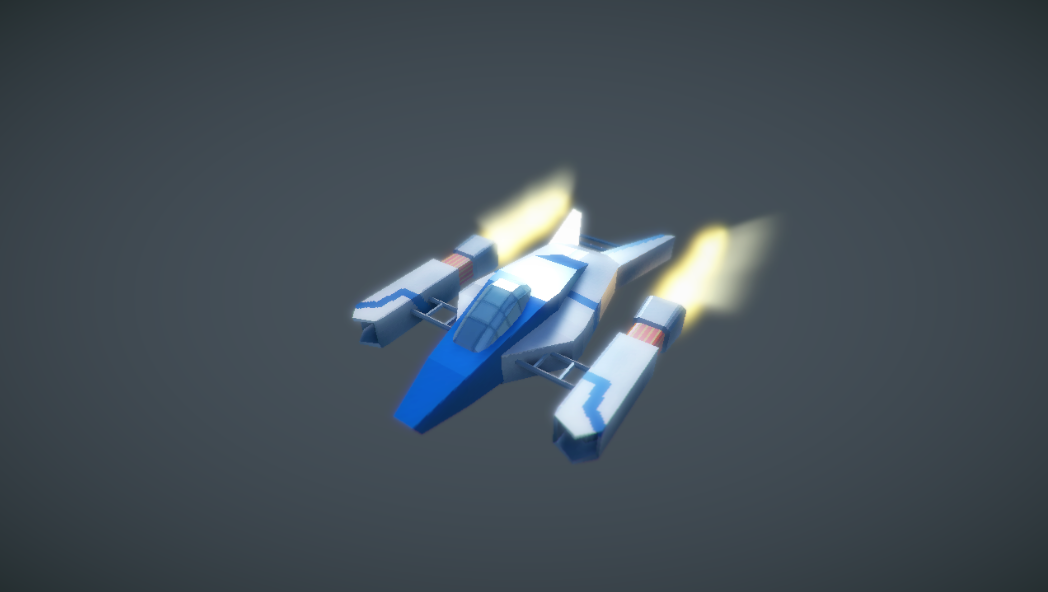 If you're not fond of reading text, you can watch a video I made specifically for this design post.

But first, let me show you the previous HUD we had in the alpha 1.0.1 release: 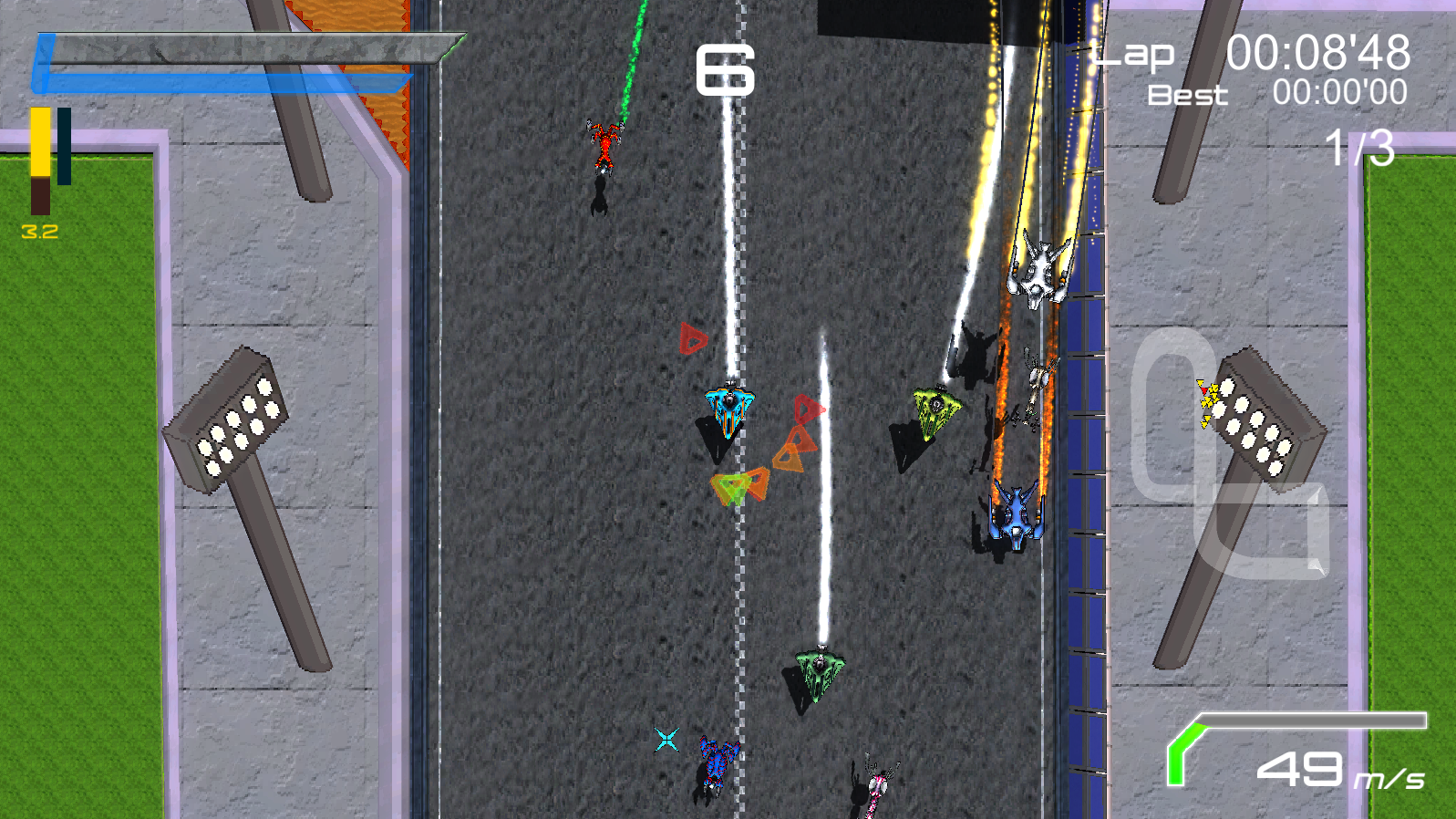 Beside some graphical improvements and changes, such as the fuel bar disposition, health shape, numbers positions (times and your ship position in the race) and speed indicator, I made some new features (and updated the old one, like the close competitor arrows you can see in the middle). 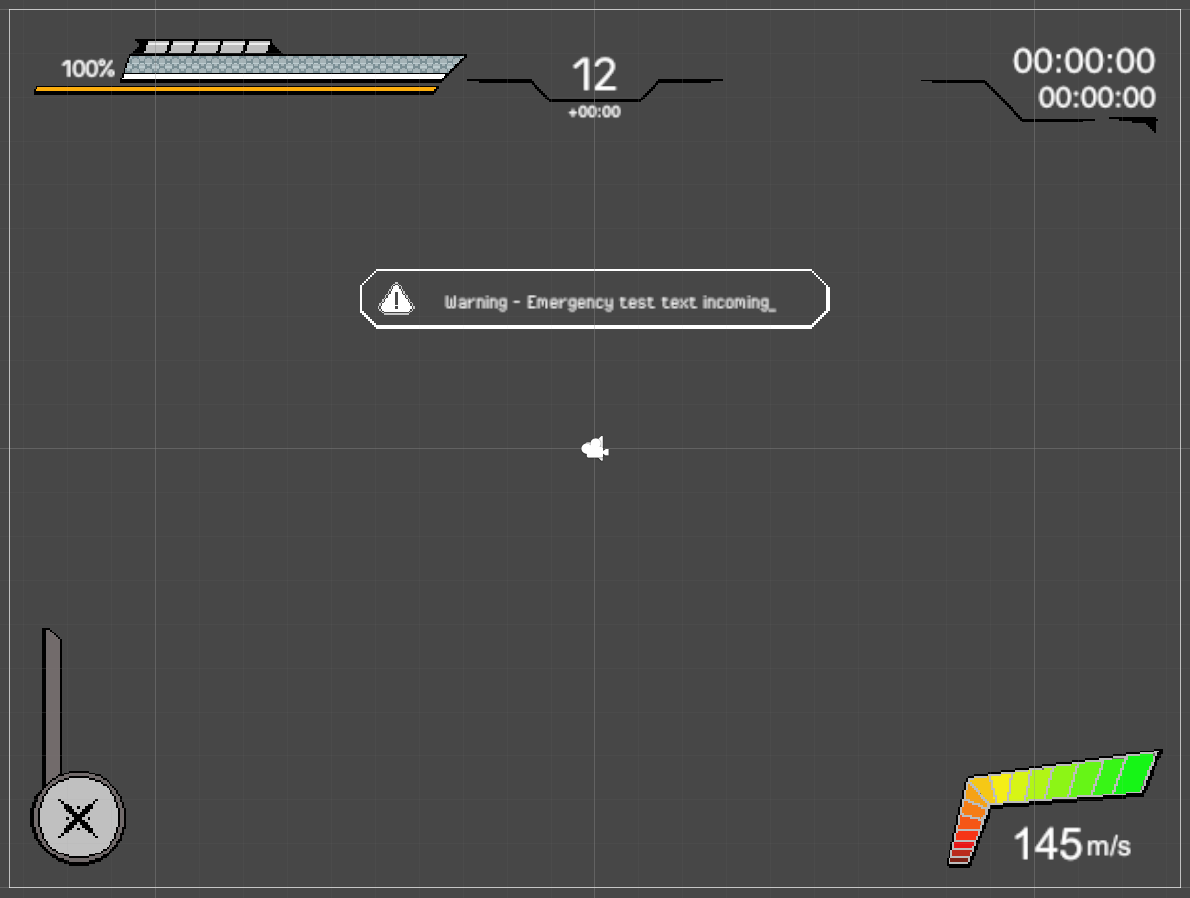 New and shiny (and in editor)

Numbers are overrated (saying this while there are numbers on my system hehe), laps are now counted as FLAGS.

I made some improvements on the close competitor arrows that shows you who is closest to your spaceship. Like before, red is closest, green is "middle range", then when it's too far it fades out. Now you can customise how much arrows you want, if 3 is not enough. Or 12.

A new addition is the leader position indicator:

3 small arrows will follow the First, Second and Third competitor (or yourself) giving you a much clearer idea of who is leading the race. 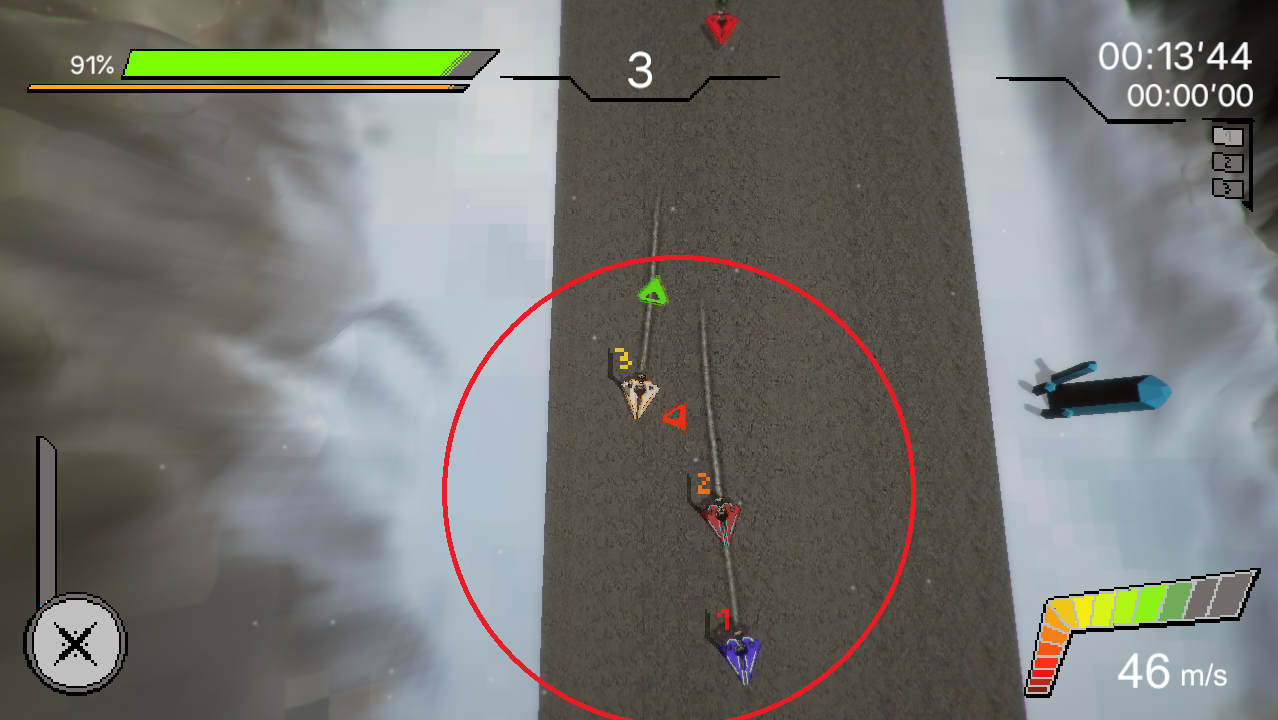 This one is tied to the Health System 2.0 and the circuit. This is a simple message appearing on screen alerting when a terrain hazard is occuring. Like acid rain or radioactive storm or when your wife tells you to go get some milk or stuff.

The gauge shows up when you equip an {active} equipment. There is an icon inside the circle when you forgot what you equipped.

The gauge fills up when you push the key/button, glow white when your equipment is ready to be used, then it will slowly deplete, showing you the cooldown. There is also a clock animation in the circle.

Damage calculations has been refactored. There is now 3 types of damages:

Thoses damages are applied to the first layer of protection your ship has, in this order: Shield > Armor > Hull.

When you hit a competitor, the terrain (such as barriers and walls) and props (rocks, asteroids...), physical damages are applied to your spaceship. They can have some severe knockback, depending on your ship weight.

Thoses damages are applied to you in some specifics areas only. When you cross a lava stream, or drive inside a storm, your ship will takes damage over time, unless you have a shield equipped.

The emergency system will tell you when such damages are coming to you.

The situationnal damages doesn't necessarly mean health damage. It can also be stats damages. They are generaly applied once to you and you suffers from the effect for a short amount of time. It can be like slipping on a banana, you'll lose control for a second, or being hit by a hack wave that inverse your controls for a while.

Now that you know more about damages, let's see what can prevents them:

We've changed the shield formula. It has now up to 5 HP (depending on your equipment level), meaning that you can take up to 5 physical hit without being damaged, but then you'll lose it, and the recharge time is relatively long.

The shield protects you from elemental damages

Shield will prevent you to take any elemental/constant damage, but careful, for some weather or zones has a lot of debris and projectiles that can deactivate your shield!

The armor works just about as before. It will take damage instead of the hull until it breaks.

It is more resistant to physical damages than the hull, but is very vulnerable to elemental damages. Also, you can't repair your armor during the race! So prepare your loadout before jumping in the void!

Hull takes 1:1 damages to either physical and elemental. It will break when under 20% of total health and you'll be screwed if you takes more hits.

For more immersion and, well, logic, we're making some health states involving particles effects and graphical changes during the race.

When your ship takes a lot of damage, it will start smoking. Breaking the armor or the hull will send some debris and sparkles, and can sometime explode. When your health is at a critical level, your ship will take fire, move uncontrollably and then ultimately explode, and that's game over.

Note: sorry for lack of visual for this part, since spaceships are not built in 3D, those systems are not made yet. Bear with me, you'll se when it's done o/

I made a small video for testing ambiant lights, new assets and particles effects, please enjoy:

That's it for this design post! I hope you enjoyed reading more about our game design (and/or the video).

Friendly reminder: you can join our discord for some chatting~

Thanks again, see you next time! <3