Great progress made on the UI, improvements to the back end allowing faster development and easier implementation of features

Another busy week outside of Taurus, plenty of emails, plenty of work. All good things, and the game has seen some great progress. The UI is coming together really well, which I'll be showing off later. Also a huge amount of code organisation, nailing down the multiplayer code to allow the game modes to be added easily.

The UI is the most visual improvement this week, saw a bunch of changes which make the game far more professional looking, as well as making it flow and look great. Anyway, onto the gifs and images as well as some explanation as to how it all works.

Above you can see the first pass of the 'Main Menu 2.0' as I'm dubbing it. Currently being built to support the open testing in the future, it still needs refining, as well as some graphical representations of how some the options effect in-game. 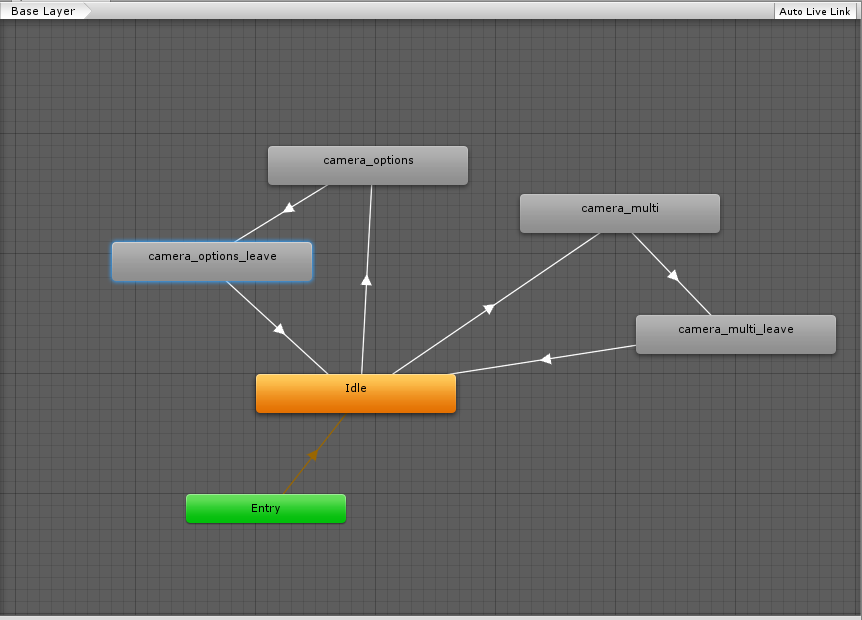 So above you can see the outline for the animations on the main menu with the Animation Controller. We start at idle, then dependant on triggers which are called by functions attached to buttons (The reason they are called by functions over directly from the button is so that I can add extra functionality down the line). Then we wait until the next trigger to play the reverse animation and go back to the beginning. I'm really happy with how Unity's animation recording system in general is holding up, not having to worry about using Splines or other such solutions to this makes developing new stuff really simple. 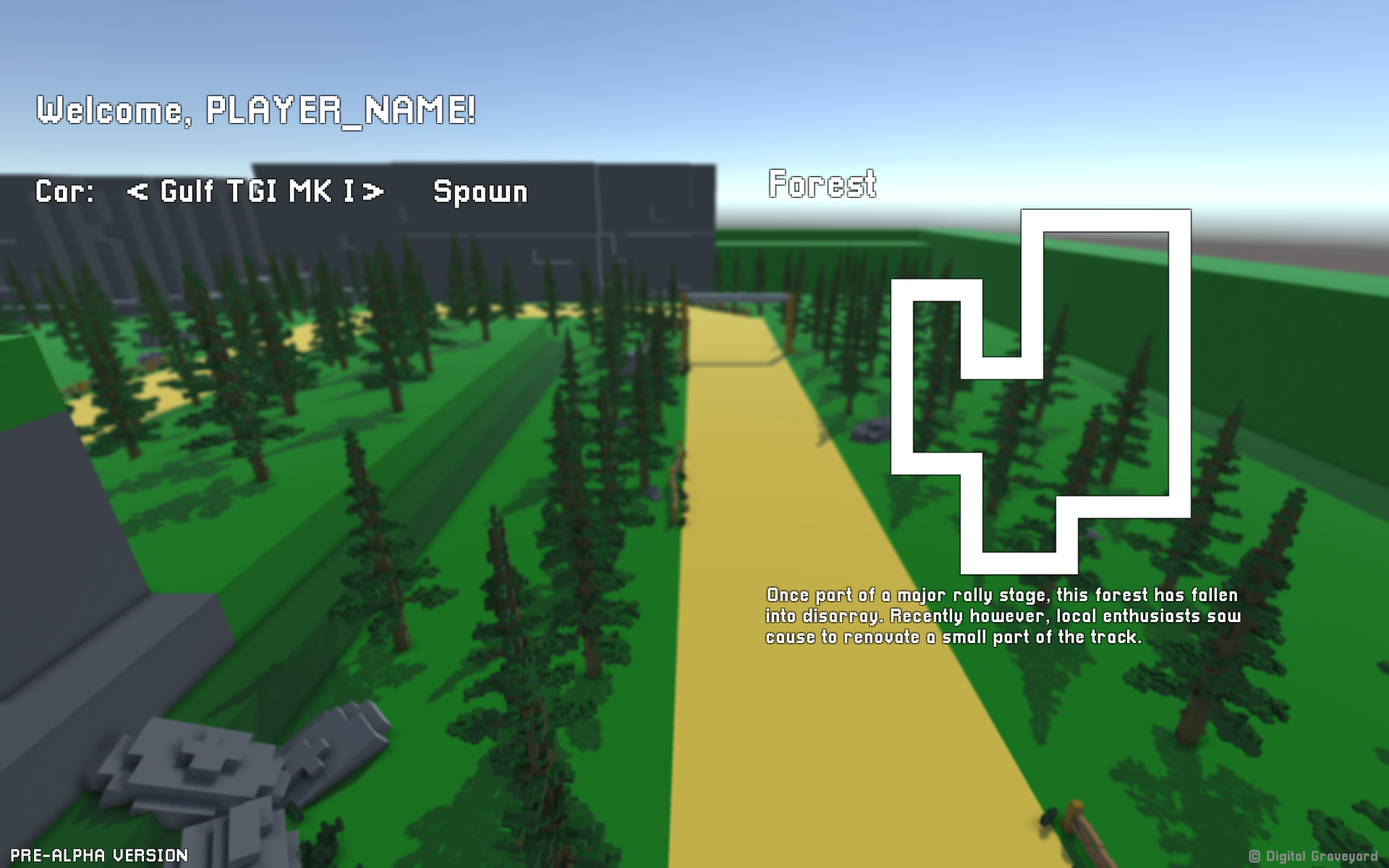 I thought it'd be good to show the latest and greatest for the spawn screens. With some blur added, actual Player Name shown, display of car and stats it'll be looking great. All the information pertaining to the map is stored in a JSON file, which I'll discuss more about later.

I wanted to keep it simplistic, a un-detailed overview of the map, basic information (Can't really call it lore at this point), as well as a preview of the map in the world is what I wanted to achieve, and I'm super happy with it's results.

I've recently begun moving over the configuration of vehicles and maps etc into JSON files rather than the object serialisation possible through the inspector in Unity. I've had many many issues we're I've had to revert to a previous source due to Unity wiping all the data due to a file being corrupted, and when fixed it was blank. To solve this, and also begin the foundations for modding. The dangerous and exciting world of hopefully Steam Workshop if all goes to plan and we achieve Steam.

As always, bugs are made, bugs are found and bugs are fixed. With the codebase getting larger and larger, this takes more and more time. As tracing back the different systems can be quite a task.

To help combat this, I've continued the organisation of the code. In the long run this will be definitely worth it.

The next couple of weeks will feature refinement on both the UI as well as far more work on car customisation. I've made some progress on the Game Design Document, but pairing that with budget and admin related things it's taking it's time to finish it.