Work beings on car customisation and improvements are made to maps.

These past two weeks have seen a huge amount of improvements and changes which I'm super happy with. The community is really starting to come together, and we're seeing some great fan-made submissions of cars on the subreddit and discord. We also have a new site, which I designed from scratch last weekend. Anyway, into the game!

Development has started on the Desert themed map, with the track layout and nodes sorted, and basic cluttering has begun. A quick preview of that can be seen below: 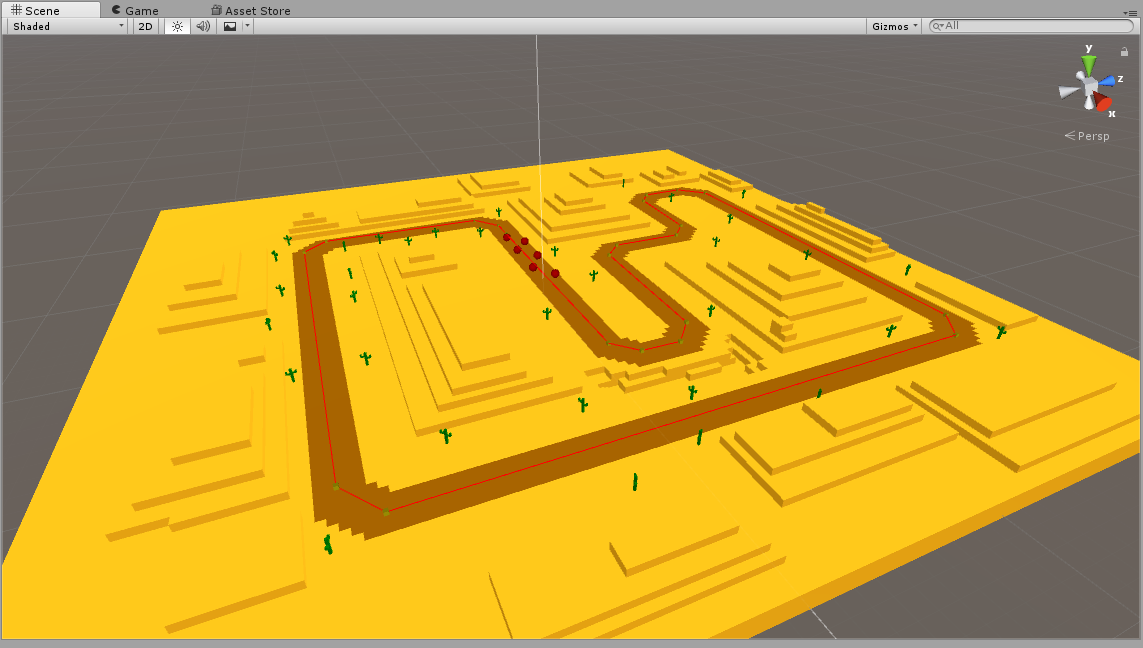 Very very early days, but I like to give you guys the latest of the in-development screenshots, helps you see what the final product will become.

This is probably one of the better screenshots showing off the track-node system, you can see how it loops all the way around. Overall, I'm extremely happy with how that system is coming in use, as it tackles many problems such as the AI and the player tracking.

This was something I had always planned for later on in development, but I had an idea this week on how to approach this, and so I looked into it and here we are, the basics of customisation are coming together. 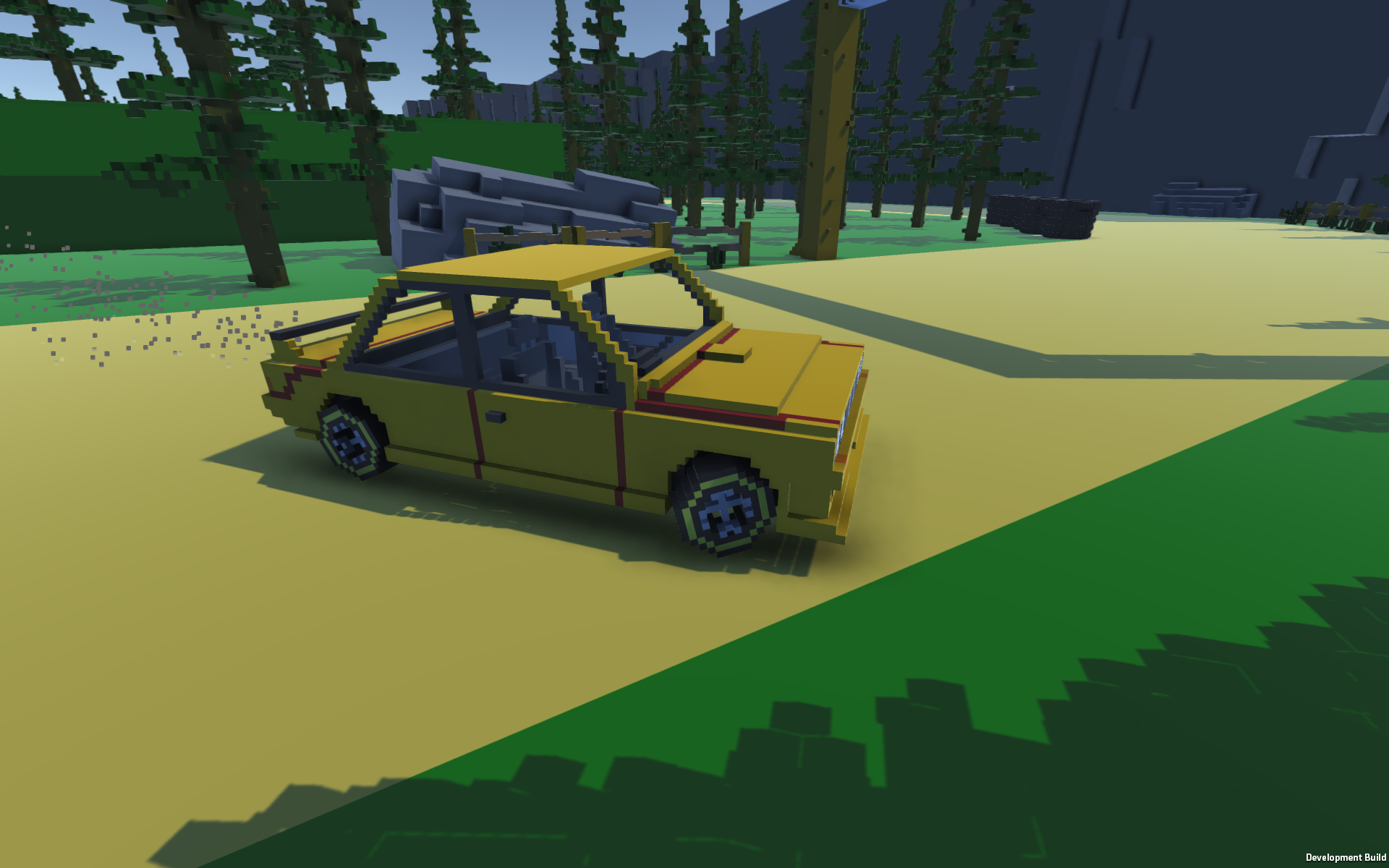 A system which I'm probably going to re-write down the line, but for now it fulfils my needs, it simply changed the colour on the actual texture. As the .obj format I use from MagicaVoxel uses a palette texture, all I have to do is modify a single pixel in the texture to change the colours on the car. A more ideal approach which I will look into implementing in the future would be using a shader to achieve this, but for now this system works, and I haven't seen any downsides. If anyone does think of any, please feel free to comment below!

Also, I decided to try out a more "brighter" colour scheme: 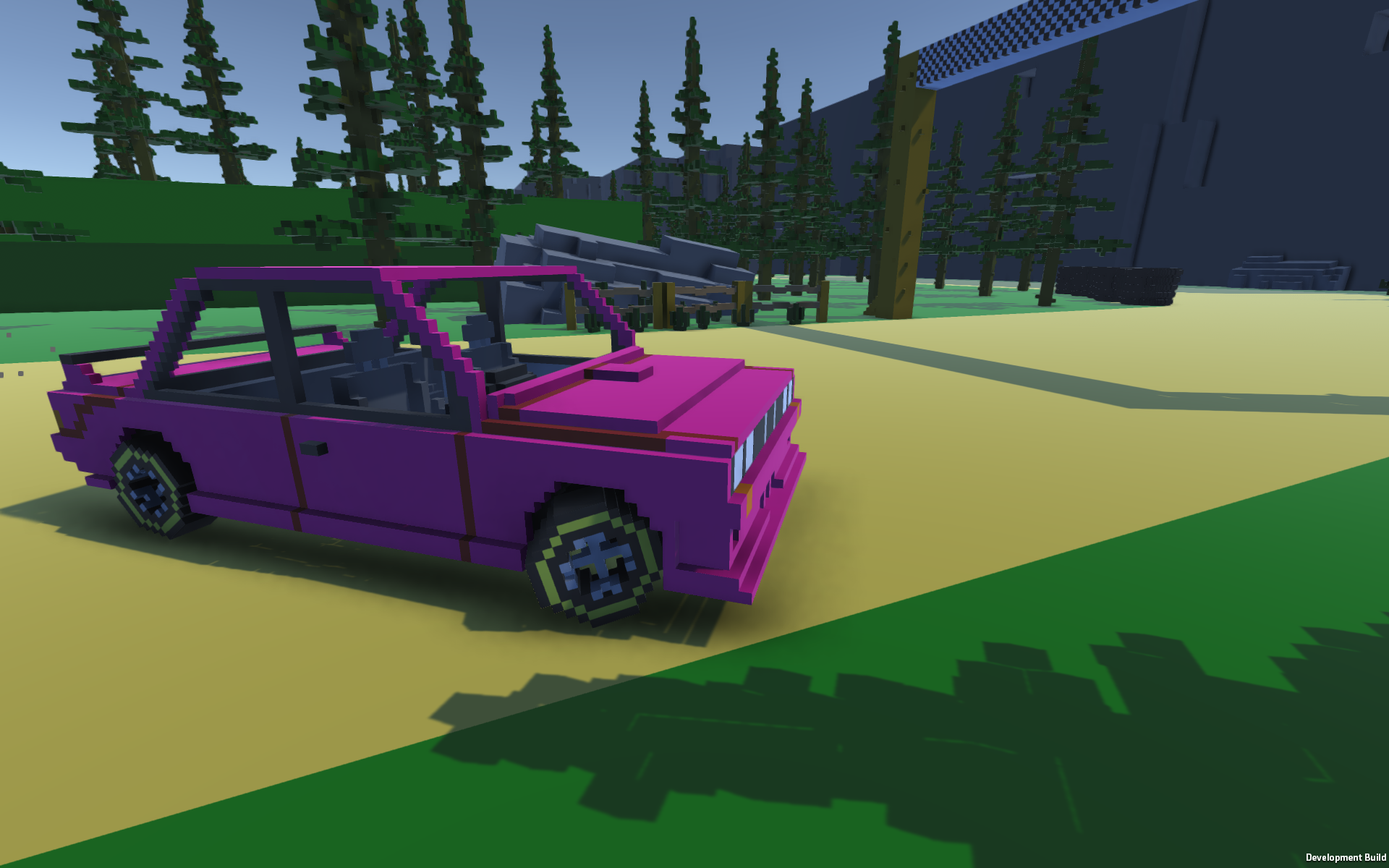 Happy with this, I moved on to designing a UI mockup for the car customisation, which will be implemented over the coming weeks properly, but this is what I am aiming for: 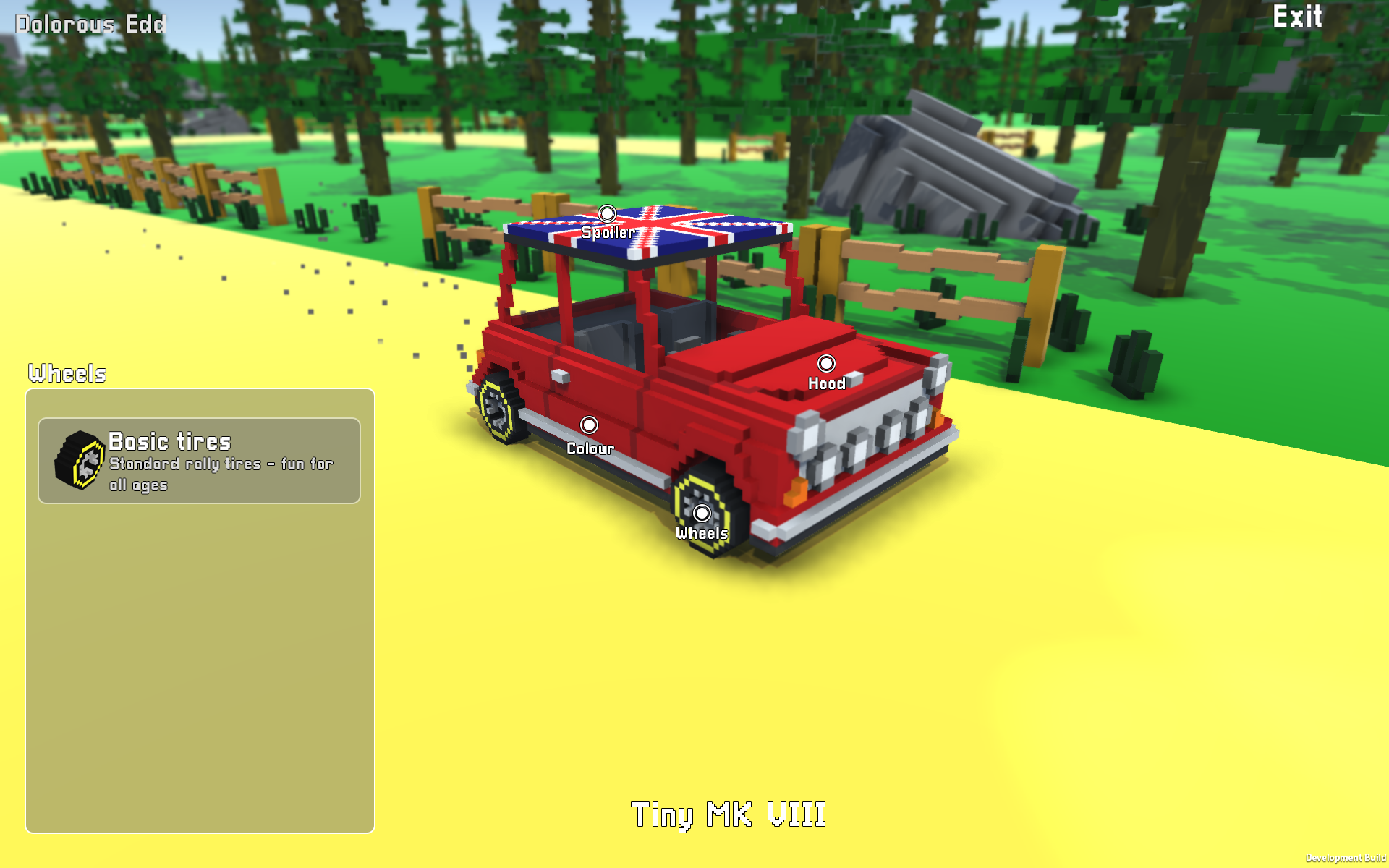 The idea is to have each point as something you click on, then you can edit the car from that. So above you can see what would happen when someone clicked on the wheels, they get a list of the wheels they can have, and it goes from there.

We've also seen the birth of the new Forsche 449 this past week: 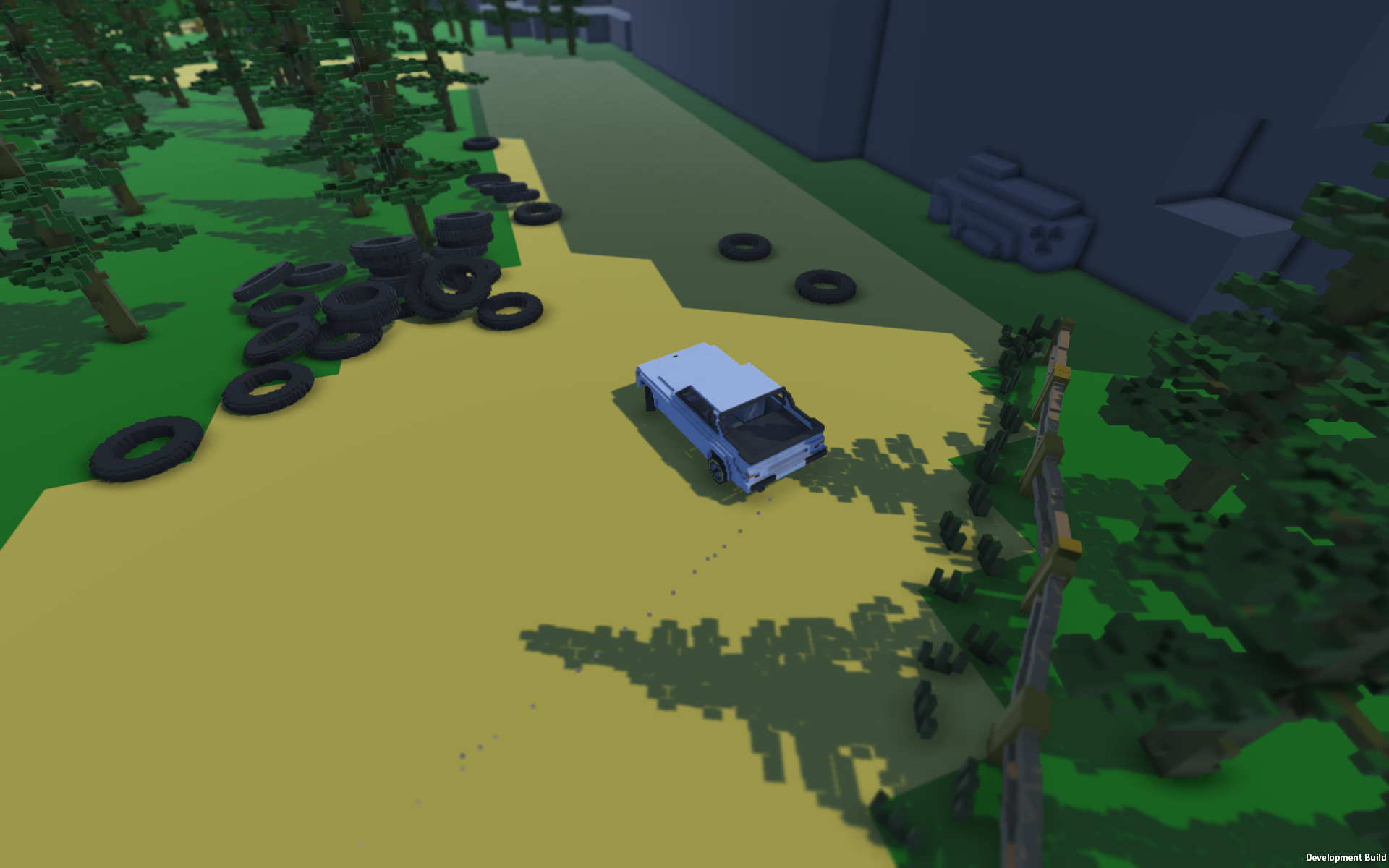 There you can see it in action on Forest, super quick, fun as hell. My current favourite car. A more detailed render of it can be seen below: 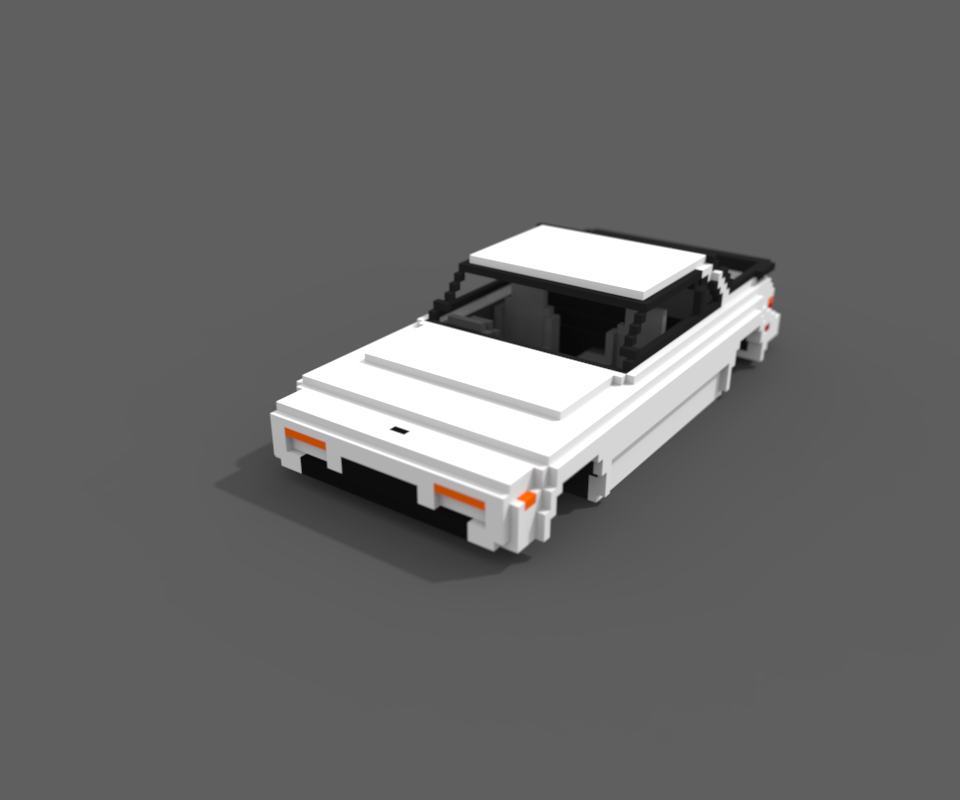 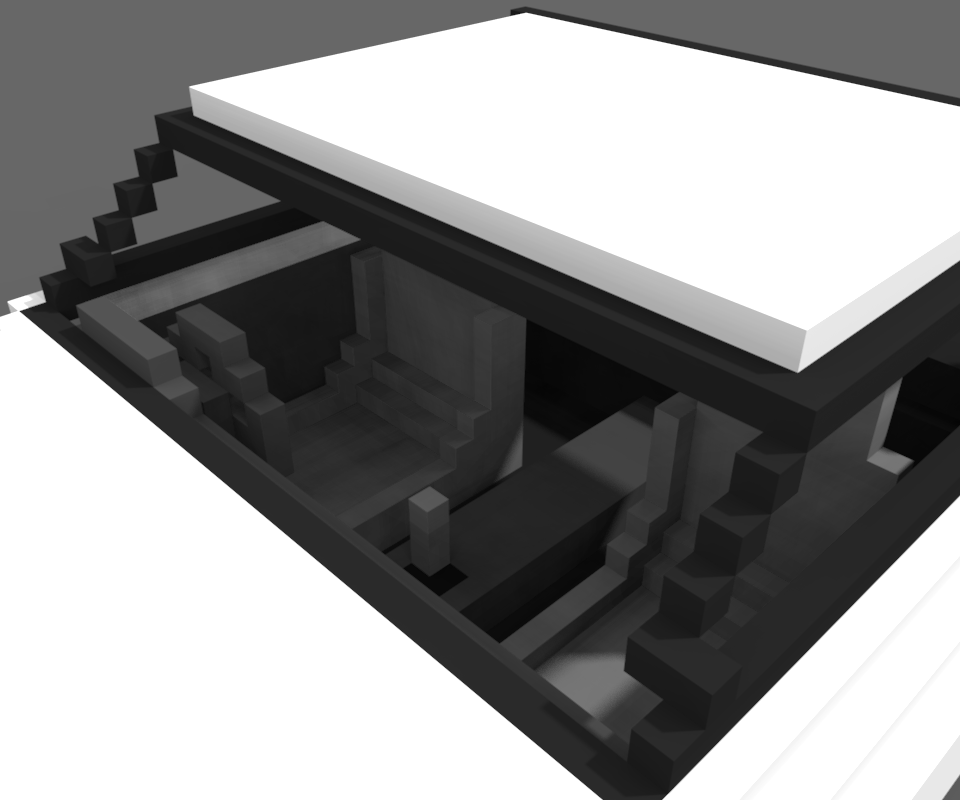 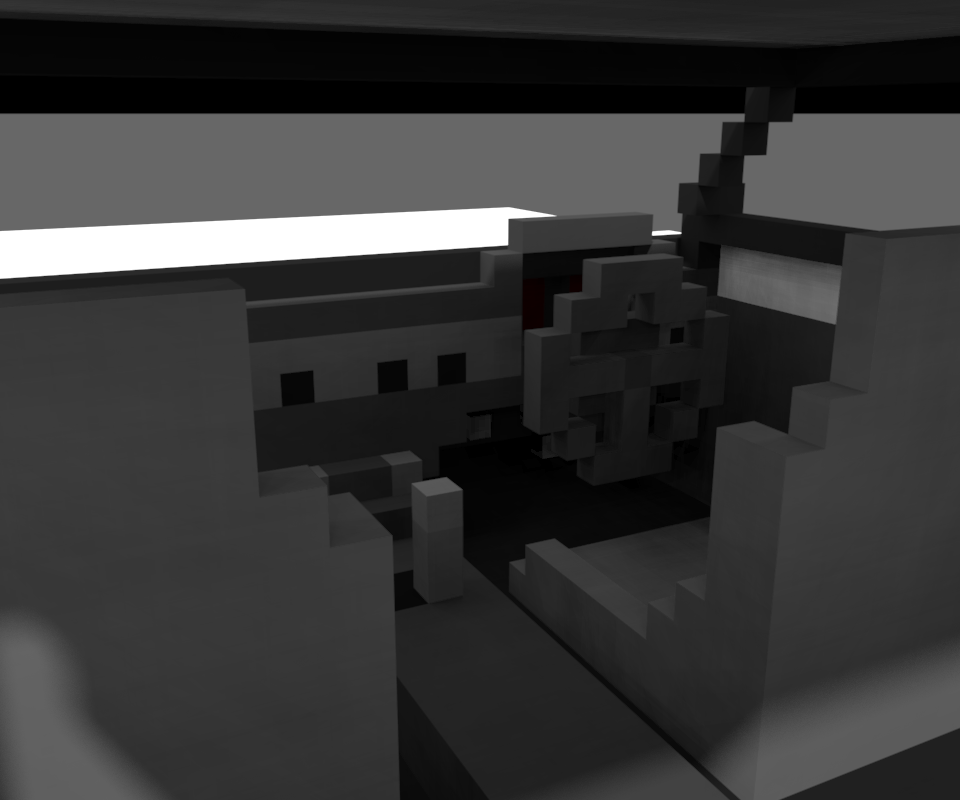 Some minor work still needs to be done, such as the addition of lights to the vehicle, aside from that it is good to go.

I've also improved the model of the basic tires vastly, before we had something like this: 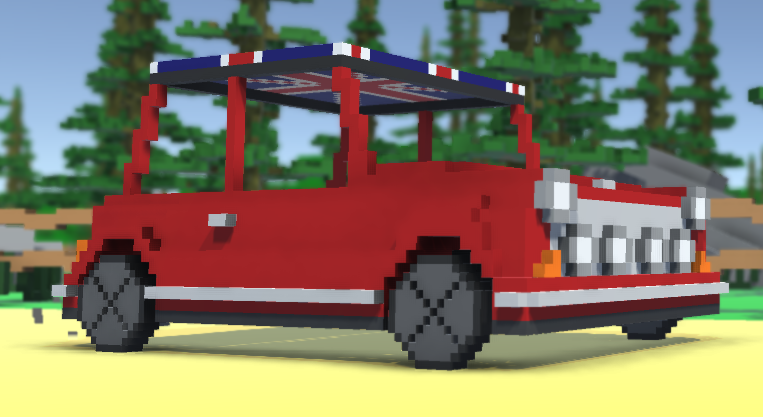 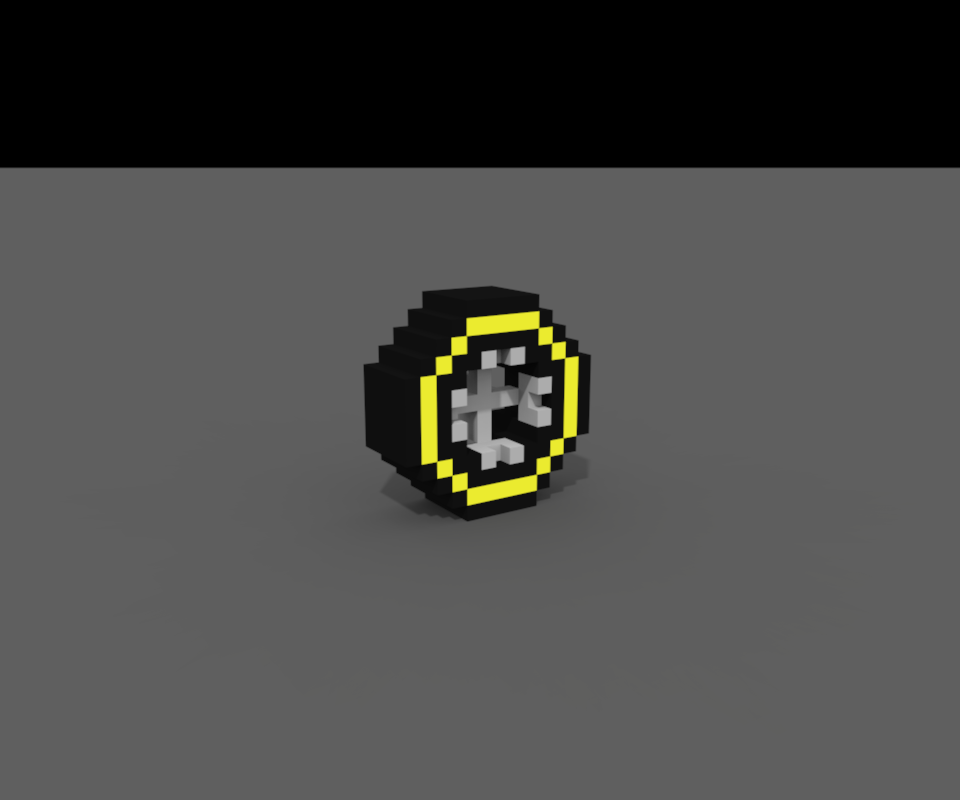 You can see it featured on the models above, and in my opinion it makes for a really nice looking basic tire.

So matchmaking saw some minor improvements and optimisations, as well as the multiplayer. I've had some issues with objects syncing, not sure if that is to do with UNet or my own fault, but they are being fixed by the dozen.

Code has been reorganised, moving behaviours into different classes/objects has helped make things far more manageable, as well as help fix some bugs we've had. One of which for example was that if you created a server, closed the server down, then started a new one again you would be stuck in free-mode regardless. Also if you pressed Escape for the pause menu, there would be no menu, but the screen would still blur. All interesting stuff, and now all fixed.

The finalisation of the racing game mode is soon to be completed, once that is finished, I'll be moving onto the more fun demolition derby style mode(s).

Internally, the finalisation of the Game Design Document (GDD) will allow me to release more information on the availability of modifications, and also the type of content to fully expect.