Play testing and cutting scope to reach the end goal.

During this week we play tested our alpha, which to be honest wasn't too far along, the dev blog that we tested was not even close to complete with the AI not completed and the AI not fighting back, it was mostly to play test the main menu aspects and how we could improve that rather than the actual gameplay. With what we found, most people liked the main menu but obviously had a lot to say about the actual game play. Most of the survey answers were about the actual playing of the game rather than the main menu which I created, this was fine for me but gave the programmers a lot to do after gaining the knowledge of what was wrong with the game at the current time.

It didn't help as well that 2 people were not at the playtesting so we had to take down notes as well as getting people to play, which was difficult at the time.

The play testing made me realise something, and that was that with the amount of time that we had we were not going to make the end deadline if we kept things in, So with this information that we received from play testing we cut out some aspects like some enemies in order to keep the scope within range of the completion date. One was enemies, which went down from 4 to 3, we cut out the zombie in order to keep on track.

Motivation also is down at the moment because people are not showing up to classes which mean that we don't know what to do because others have that workload, and are not responding to our questions or feedback. 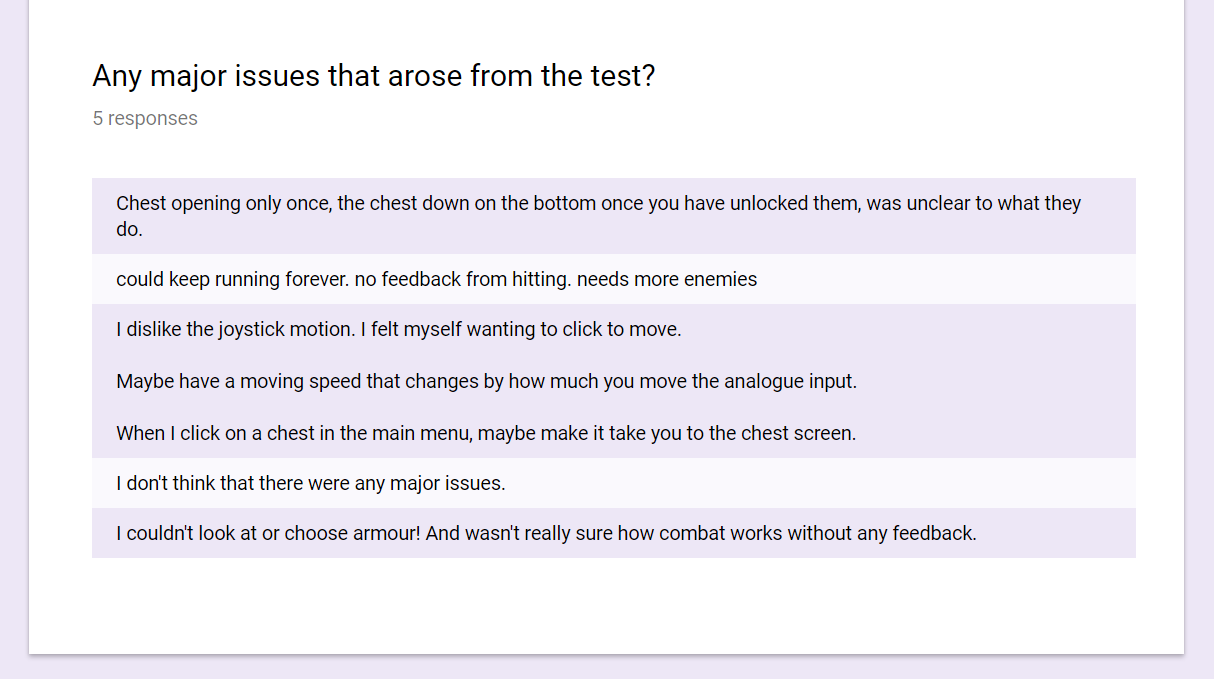