I finished Snow this week, it’s fully cluttered, with fences, rocks etc. making the map seem more detailed and actually really improves the looks of it. The header for this post is an area I’m particularly happy with. This included some new assets being created. 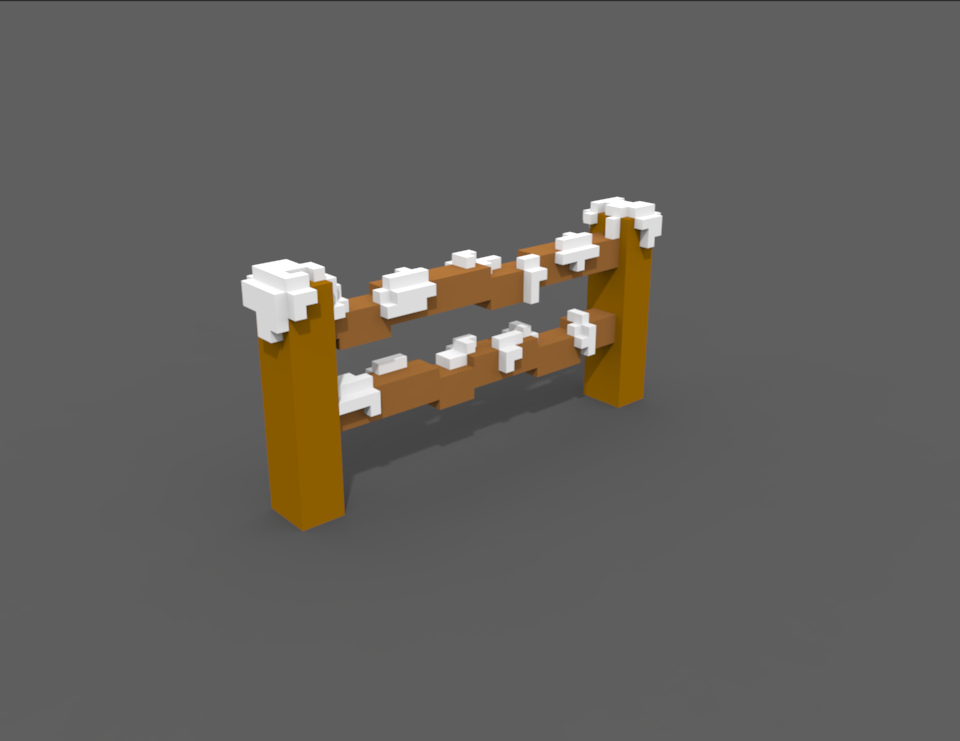 Included under the “Maps” topic is the track-node system I developed to help track the player position around the track and also guide the AI. I added the node option for direction only, this will help guide AI but won’t impact their throttle inputs, allowing for tight spaces where they shouldn’t slow down. Such as the bridge on forest, which combined with a bunch of other issues led to the following hilarity:

This week saw leaps and bounds for the development of the AI drivers. Bunch of tweaks towards the calculation of their target speed really brought down the number of flips and suicidal wall-crashes they got themselves into, but also some nifty collision detection.

I discovered half-way through the development of my AI of Unity’s Rigidbody.SweepTest functionality. This allowed me to search an area in-front of the car for collisions with potentially dangerous things.

Initially, I used this to check for walls/trees/fences , static objects. This brought down the number of issues, but I was still having some. Car’s would often get stuck on each other, and that needed to change.

As I still wanted the AI to collide into players and each other, the AI will only avoid cars below a certain speed. This allows for high speed crashing, but helps prevent low-speed annoyances.

Combine this with tweaks to their configuration, and we get a far more sensible AI.

The UI this week saw a huge buff, for example on the main menu we went from this: 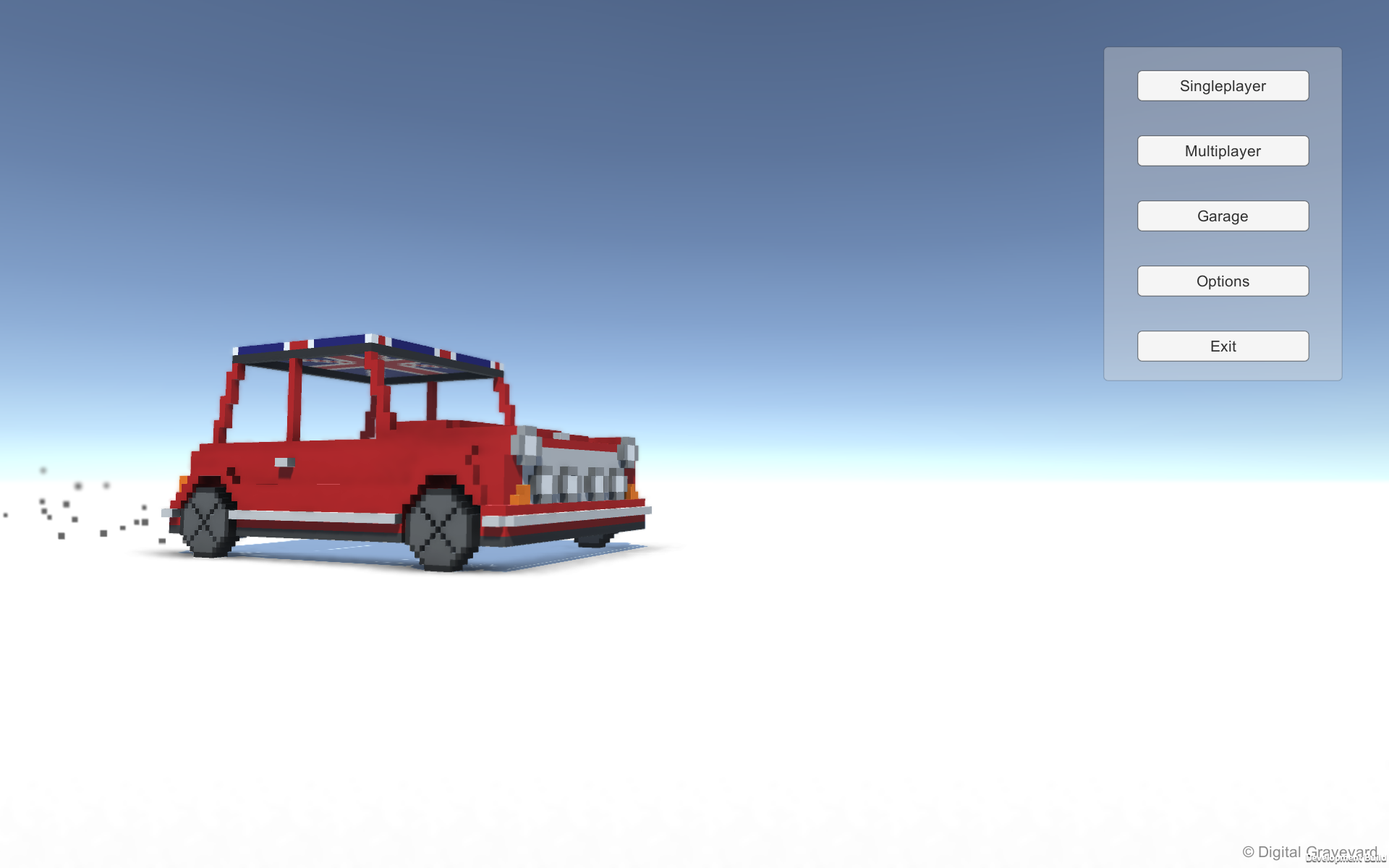 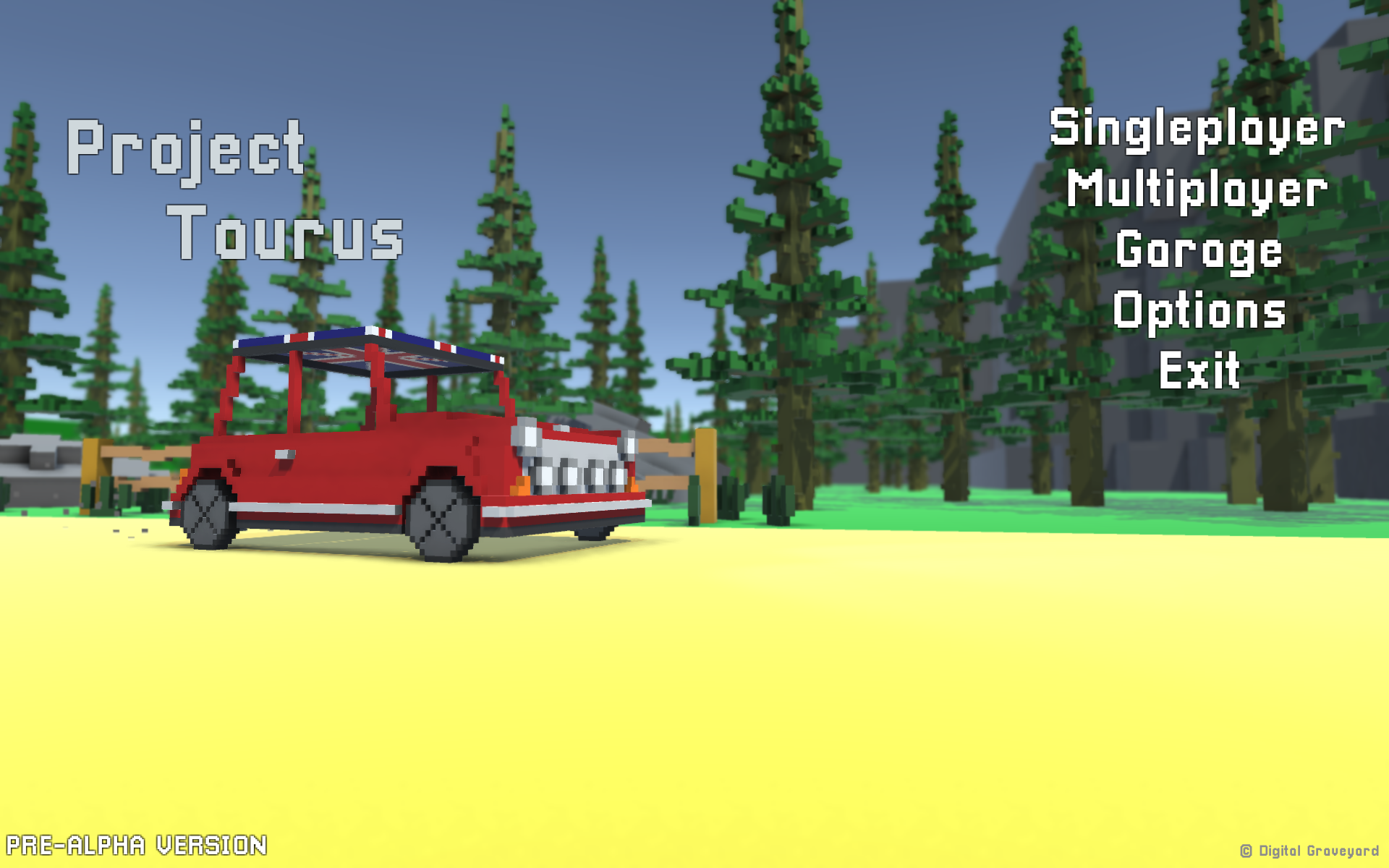 Getting rid of Unity’s default UI skin was a major step in the right direction, a small change to implement, but gives far bigger impact on the game.

This week also saw the birth of Apollo, the Matchmaking system I’ve created to help support the multiplayer of this game. Apollo will run alongside Steam’s Matchmaking in order to allow GoG/DRM-free releases which can play with the Steam folk, just not through Steam.

Apollo will be developed over the coming weeks, but it is shaping up to be really powerful in terms of supporting Project Taurus.

I moved from Unity’s standard controller input system over to XInput, this gives far more flexibility and control, and grants me control over the feedback motors inside the controller itself. I used the collision system to generate pulses when the car collides with something substantial. As I said previously, it’s the little details.

We also now have a Reddit community. I’ve been building it up since Saturday, and it’s gone extremely well. With over 100 subscribers already!

This coming week will feature little work on Taurus due to external commitments, but I’ll be working on the community and finishing the basis for the first functioning game-mode: Racing.