This devblog covers some upcoming updates that'll be released in the next beta build. Including forges, new HUD and item graphics.

A mid-development round-up is here!

We’re about halfway to our next build from the previous one, so to not keep you guys in the dark for months on end, here’s another work-in-progress look into some upcoming stuff. At one point we actually had plans to release Beta 1.5 now and make another smaller build in time for Christmas.

One of the two major updates in Beta 1.5 is a completely revamped HUD. Unneeded info has been removed, visual flares have been added and functionality has been refined. Let’s start off with a comparison shot (new on top, old on bottom): 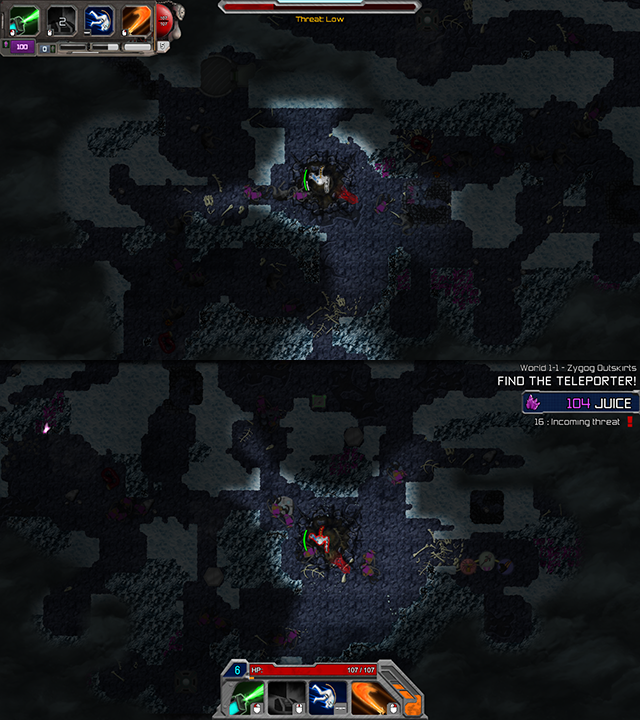 The reworked threat timer is also worth closer inspection. Although you no longer know the exact number of seconds until the next threat appears, having a bar in the top middle of the screen is way more easily readable than a small text in the corner. It also gives you a good idea of when you should be heading out of the level, something the old timer didn’t exactly accomplish. Just to be sure you won’t be ambushed though, there is a clear 3 second long warning (now with sound), so you have time to prepare yourself for trouble.

For co-op, the new HUDs work way better than our old system, as the bottom of the screen doesn’t obstruct your view. We’ve also revamped the player colors, which should be quite a bit easier on the eyes. There are still a few changes to be made to the HUDs, but what you below is quite close to what you’ll be getting. 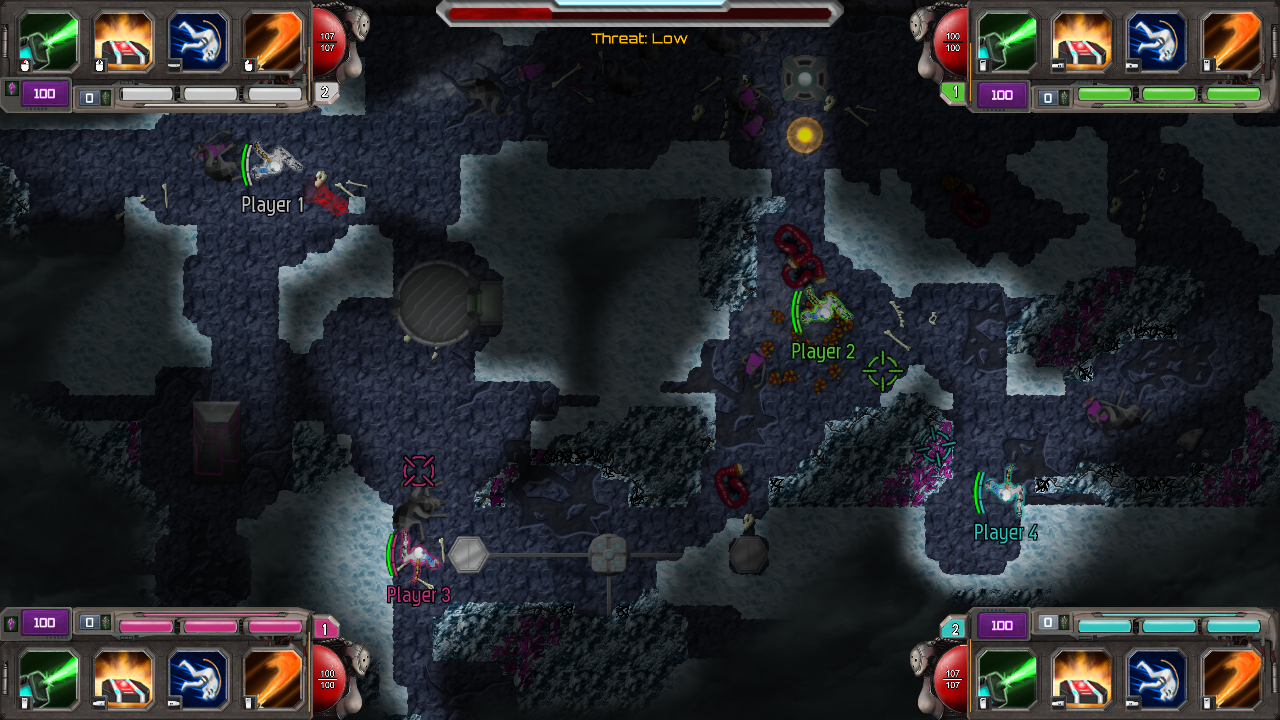 The second massive change Beta 1.5 brings to the table is Forges, which effectively replace Shops and Chests. Though Shops are likely never to be seen again, we do have some plans to rework Chests, but as that’s not likely to make it into the build, we won’t get into it this time. There are currently 4 different Forges, each for a different item category: Offence, Defence, Utility and Stats. Our items have actually always been divided into categories, but it’s been largely invisible to players. In any case, here’s how the Forges look in action: 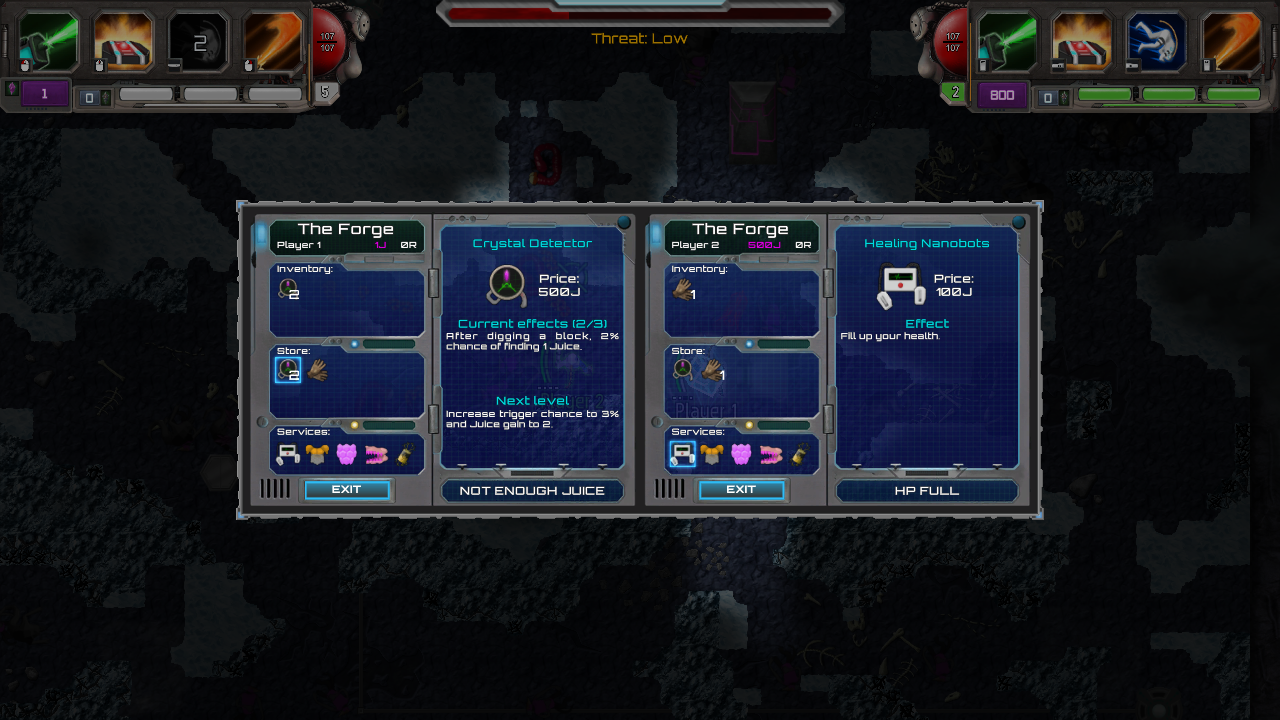 Also an appropriate update with item graphics is on the way. Sneaky peeky: 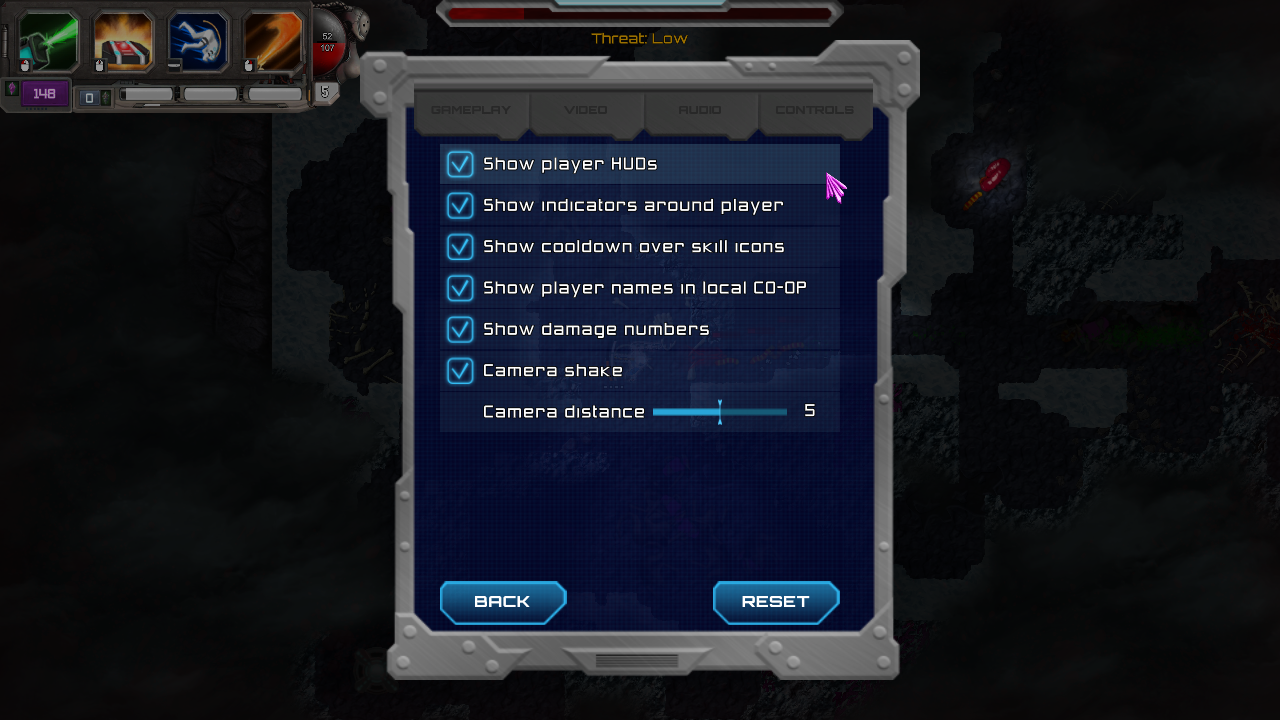