Its time for the next devblog of Beyond Technology!

During the month of november I added new trees, windmills for power generation, item storage, falling blocks and background graphics!

The old "proof of concept" trees have now been removed and the world generation system for trees (and other plant life in the future) has been rewritten!
The new trees now have branches, which are randomly generated.
I also added a small visual feature to logs: Logs which are tree logs and touch at least one leaf will transfort into a log with leafs (you will see what I mean)! This looks much nicer! 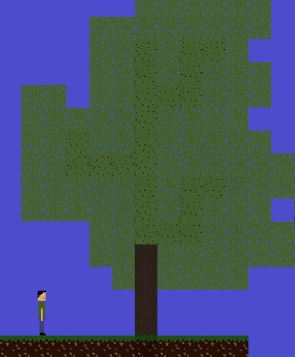 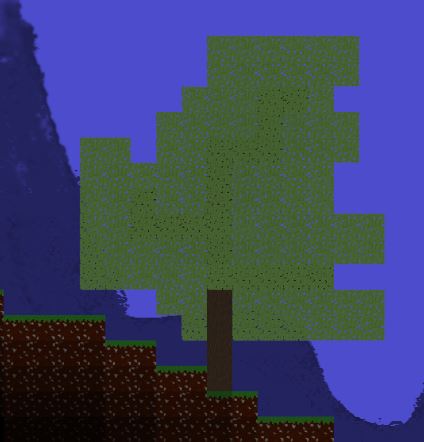 The first power generating block is the wind turbine! It produces power based on wind strength. For now every wind turbines has a different windstrength but this will change when I have time to implement the weather / wind system.
In order to get the wind turbine you need 2 items:

When you place the wind turbine down and put only the rotor in the turbine will spin up to a very high RPM (Rotations per Minute), this is because the kinetic energy is not used in any way.
The rotor can move freely and this will result in a very high RPM value.

In the last devblog I showed the texture of the small crate and now its implemented. You can right click it to open GUI. It has 16 slots to store your items. 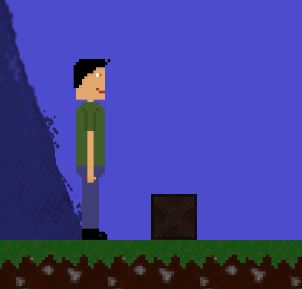 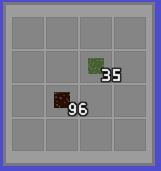 Before falling blocks were a thing, the player was able to place torches in the air, without a block beneath the torch.
And instead of just breaking the torch automatically I added falling blocks. Falling blocks will - as the name says - fall and when the falling torch lands on a block it will turn back to a normal torch.

The last thing I added last month were background graphics support, like mountains and other stuff. I haven't had time to draw a few proper backgrounds, but I drew a very basic mountain.
The game looks so much better even with only one mountain in the background. 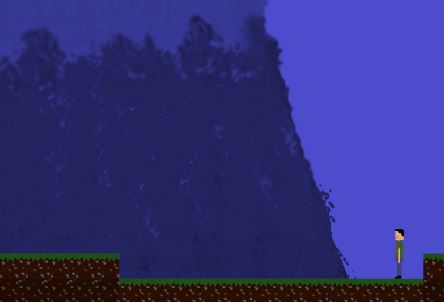 That was pretty much it! Let me know what you thing of the new wind turbines, and of course all the other stuff!
-ProRed