And So the Story Grows 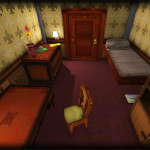 Don't you just want to break in and see what clues you uncover?

Danny, our story consultant, has been helping me revise the whole plot and character backgrounds. The good thing is, the current story and flow already work pretty well, and our testers were digging the mysteries and reveals! But that didn't stop us from improving further. Many pages of shared GoogleDocs and Skype meetings later, we've got an (almost finalized) redesign plan to start working on!

The biggest change is more clearly separating the different acts of the story. Right now it all kind of fallows one big arc, resulting in a bit of an overwhelming info-dump at the end. Tying up a few plot points earlier will both strengthen their dramatic effect and clear some confusion. Luckily this can be done without sacrificing any of the free-roaming and modular storytelling.

Another biggie is changing the number of suspects to 4, making the barman guilt-free (just like your favorite lo-cal ice cream)! There was already too much info to track for the key suspects, and he was a late addition with poorly fleshed out motives. But no fear, he's still in-game, and retrofitted for other great purposes. Like booze! 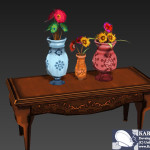 Flowers, the most critical item for any game's plot

The third critical change is making the effects player choices a more apparent and diverse. One of the game's strengths is the interactive story that invites you to make up your own mind about many of its elements. So more repercussions of your choices and extra branching potential to really let you personalize your experience.

So major changes aside, there are some new narrative motifs and gameplay elements making the world more interesting. Funny coincidence: Danny proposed a bunch of ideas that were in my original designs from a year ago, but got scrapped over time for various reasons. So they might be making a comeback! Glad to see I wasn't completely insane hehe :P 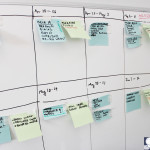 The Beta milestone is now less than two months away!

The story changes are mostly decided with a few loose ends to tie down as we go along, so I've started implementing the narrative changes. Hopefully I can get the main plot re-worked by the end of the week. And on the side, I'm gradually integrating the new and awesome 3D models provided by Rafael!


Open-ended, story-driven investigation onboard a damaged Airship; find the saboteur, or risk becoming suspect! Deus Ex meets Clue with a bit of Telltale