First round of Alpha Testing is making me really reevaluate my core design ideas and what the game is fundamentally about. Also, modeler interviews, gamepad support & GDC!

Showing your game to others for the first time is both the most exhilarating and most heartbreaking moment for an indie dev. It feels great when the player does exactly what you wanted them to, piecing the little breadcrumbs you left for them. It's disappointing when they get lost in the first area for half hour. It's absolutely amazing when your planned 1 hr test session turns into 3 because they don't want to stop playing. It's utterly daunting when it's cut short because they're too bored to continue.

So what did the two playthroughs uncover? As with my first game, I got a ton of feedback, about 8 pages of notes and fixes! Unsurprisingly, most of them are issues with accessibility and explaining the mechanics- fixing confusing layout, making objectives clearer, distinguishing interactive items better, including a map of some sort, etc. etc. However, the experience is making me re-think what the game is really about, and whom it is intended for.

The different kinds of gamers 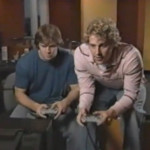 As both test and Steam comments reveal, I need to tighten up the grafix

My main testers fell into two widely different groups. The first was a lover of narrative games who struggled with the first-person controls, criticized gamey dialogue, but could not put the game down driven by the mystery. The second was more of a casual player who felt right at home moving and sneaking around but quickly got bored with too much fluff-text and lack of clearly distinguished objectives.

Overall, the tests left me re-evaluating the heart of the game and what it REALLY is about. Between the interactive storytelling, deep conversations, sneaking, finding new tools, managing your suspicion, clue-hunting, bribing with booze and others, I feel that perhaps I overstretched; perhaps I am trying to do mash too many disparaging things together without really excelling at one in particular. My inspiration has always been Deus Ex or narrative metroidvenia, but maybe my game is too small to cram all of that in (currently taking 4-6hrs to beat)? Or maybe it's fine and I'm just not explaining the concepts properly? It's also why I've been struggling to establish a clear marketing message for it.

I think I need to make some hard choices about the direction of the game from here. Do I cut down the walls-of-text and focusing on polishing a good gameplay and coherent story and focus on a fun action-adventure? Or do I stick to the nonlinear investigation and a more ambiguous story catering to the narrative and RPG side? Or do I try to integrate and explain all the disparaging elements better to hit a middle-ground and appeal to both?

Personally, I do like all the ideas and mechanics involved and would like to keep them, but as the current feedback shows, something isn't working quite yet. It kind of reminds me of watching the development of Bioshock and how it changed from a more hardcore immersive sim to a more linear and accessible title. 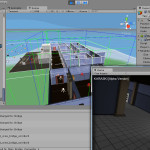 4hrs of coding a visibility culling gave no performance boost. Is #GodDammitUnity a hashtag yet?

I am looking to hire a 3D modeler (among few others) and just got done with the first round of interviews. Some disappointments, some pleasent surprises. But I will say it's kind of exciting; I definitely enjoy the managerial side of GameDev as much as designing and coding.

I also revamped the game input with cInput, meaning you can now rebind keys ingame rather than having to faff around with the Unity launcher. Also the game is now fully playable with a gamepad! Given it's focused on exploration and sneaking, playing with the X360 pad feels great. The UI is still finnicky but that will need to be redone by release anyway.

I would normally post a plan for next week, but the week will not be too productive as I am leaving for GDC today w00t w00t! My first time ever so I'm quite excited. If any of my readers are going, leave a comment, would love to say hi!