Post news RSS Devblog #1: The birth of a king

David Ferriz, Director and Game Designer of the team, tells how King Lucas project was born almost four years back.

For those who don’t know us yet, DevilishGames is an spanish company with more than 18 years of experience in the game development industry. In this time we’ve worked with a lot of technologies and different business models and we’ve published more than 150 games for several platforms but, being honest, I think we’ve never released a game that “gamers” may consider a “big success”. The truth is that we’ve entertained more than 100 million people with our games and we’ve been able to get our bills paid at the end of the month but it’s also true that, if we close the company tomorrow, people would probably recall us as “those who made Flash games” or “those who made advergaming for food and toys brands”. Don’t misunderstand me, I’m very proud of we have achieved with our small indie games at DevilishGames and with advergames that we have released through our advertising agency, Spherical Pixel, but it’s also true that most of our team members have felt gutted about not having released a bigger project.

I perfectly remember the day when this game came to life. It was April of 2012 and my associate, Enrique, and me were travelling to Valencia to install a serious game in an event. On the route, Enrique told me he and his wife were planning to be parents soon (I got it as a joke but 9 months after I realized he was completely serious). In theory we were only attending the event in order to give technical support just in case any problem but it seemed our client didn’t understand what “technical support” meant and we finally ended up being hostesses for hundreds of schoolboys and schoolgirls who wanted to play the game. Even though it was a funny experience it had nothing to do with what we dreamt when we decided to create games. That made us think a lot in the journey back to our hometown so, in order to cheer ourselves up, we started to imagine how the game we’d really like to make would look like. I don’t know if it was because of our conversation about parenthood but both agreed that we wanted to develop a game that would make our future kids feel something akin to what we felt when we played with our 8 bit computers and consoles. Ideas started to flow and the one hour and a half trip seemed really shorter. I arrived home absolutely excited with a bunch of ideas that won’t stop flitting around in my head; I barely slept that night.

After that motivational brainstorming, we came back to our day to day and kept on centered on advergames and serious games for our clients but the idea was still there and, in our spare time, we begun to cook it on a slow heat until in January of 2013 finally we decided to start the development fo the game, a game we named King Lucas to celebrate the birth of Lucas, the new born Enrique’s son. From that moment we embarked on an adventure that had lasted much more than expected and we will relate in next posts of this devlog. 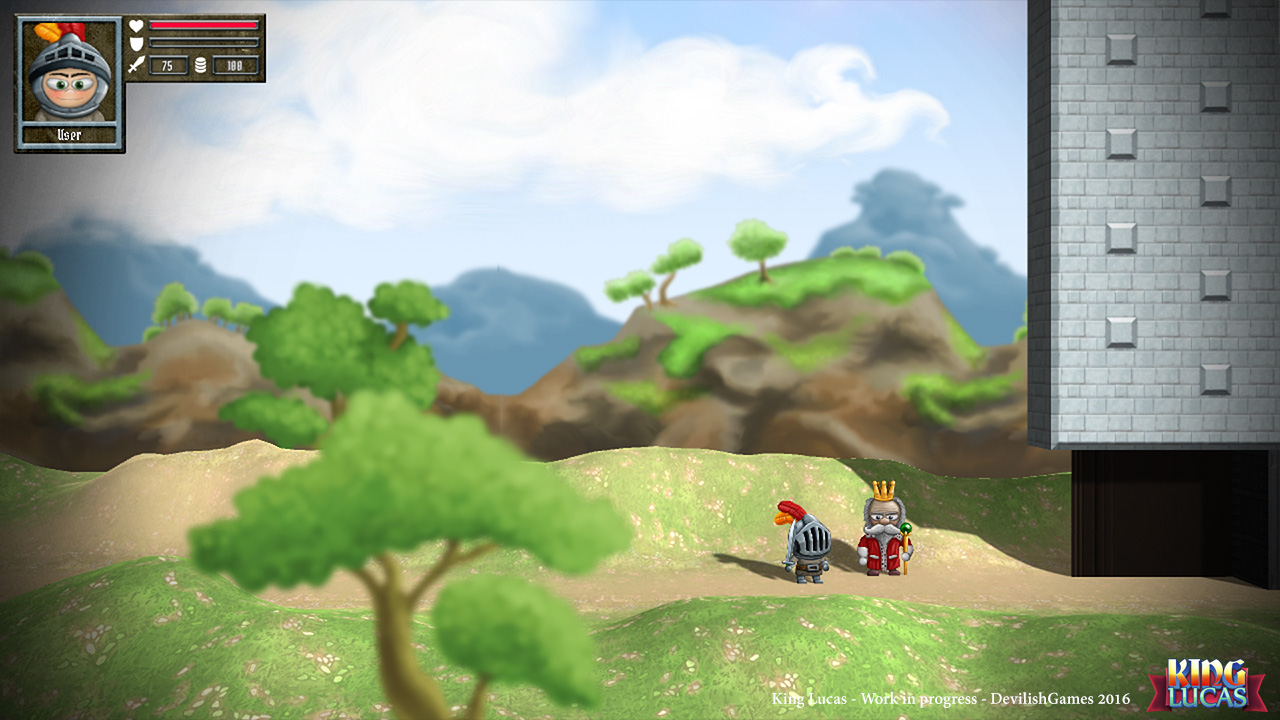