An introduction to the goals of the mod and the rough timeline of development.

The State of the Genre


The niche of real time tactics wargames with a strategic scale was strong during the 90's, with sims like the Harpoon series and Jane's Fleet Command being surpisingly detailed, accurate and featureful for their time.

Harpoon 3, released in 2001, became the dominant milsim for the 00's, having a few minor upgrades until around 2006. It is a solid wargame, but shows its age hugely if played today.

The 'spiritual successor' to Harpoon came in 2013, with the release of Command: Modern Air Naval Operations, an excellent game published by the same publisher as Harpoon which I own and love, but still with no realtime multiplayer, and while the interface and graphics are improved in comparison to Harpoon, it is still clunky with a UI that is far from user friendly.

Another lesser known entry to the genre however came a year earlier- Naval War: Arctic Circle (NWAC), published by Paradox Interactive. NWAC had huge issues on launch with bugs and performance, but after 6 months of constant patches these issues were fixed.

The reason for the lack of huge popularity was the lack of mission editor on launch (it was added later), the bugs/performance (now fixed), the scale being limited to the arctic, and the fact that it is set in 2030. 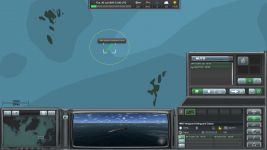 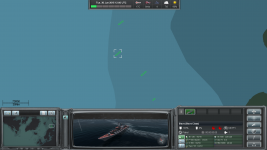 Goals of the Mod


Arctic Realism intends to make NWAC a viable air/naval wargame that people will want to play- a multiplayer-capable light and easy to use alternative to CMANO.

It will do this by bringing the sim back to 2015, adding all the nations shown on the map (7 new nations), adding tons of new ships/aircraft, new features, and improving realism in all areas.

The target feature list (as of April 2015) is as follows:


I have been working on Arctic Realism since October 2014, but developing something on this scale in spare time is actually a huge endeavor. It requires hundreds of hours of research and implementation, and as such the release target for the full version is currently Q3 2015.

Before this time however I intend to release ALPHA and BETA versions, for testing, feedback, and for people to develop scenarios in time for the full release.

The ALPHA releases will start in a few months.

The first alpha will have all the new ships, subs, fixed-wing aicraft, land installations, and features for the nations included in vanilla NWAC, but will not have the 7 new nations planned for full release. These nations will be added throughout the Alpha, as well as issues being fixed and changes being made based on community feedback.

When these 7 nations are added, the mod will move to BETA. In this stage, issues and feedback will be constantly adapted until it feels in a release-ready state.

The eventual goal is to try and make NWAC popular again, but this of course will be difficult. 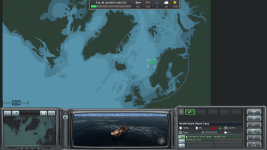 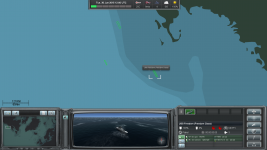 
This wouldn't be an actual DEVBLOG without the current progress.

All pre-development research has been carried out, analysed, categories, and stored in an easy to process manor.

The development plan is to tackle things in the following order:

Throughout all of this bugs and inaccuracies will be fixed and features will be refined and adapted based on feedback.

I am currently on (2) as of early April 2015, and just need to polish up radars and sonars and add electronic warfare and countermeasures to move onto (3). It should be noted however that (3), (4) and (5) are much smaller in scope than (2) and (6) which are by far the most time consuming and difficult, so don't think that development is far behind target.


While I intend to work alone on research for the mod as well as development, I am looking to hopefully recruit a Marketing Manager with strong skills in graphic/web design to help improve the quality of this ModDB page, to provide high-quality professional looking graphics (titles and infographics) for the summary page and the articles, as well as hopefully to produce high-quality trailer videos.

This would be an unpaid position, but you would be officially marked as marketing manager. If anyone is interested, please private message me with examples of your previous work.

At the time of release, I would also be looking to recruit Community Support members who can help people with installation problems.

Are you still working on this mod ? I just bought the game and I find that it's not enough units. It will be very cool if your mod becomes very soon available.