Quick update on the current development status of The Frontier.

Hey everyone, just wanted to post a quick update on the development of The Frontier.

I'm currently working on Workshops, which is something that has existed in the code for some time now, but was side-lined a while back in order to polish up the demo. Now that the demo has been released, I want to focus development on areas I think will help The Frontier stand apart - the first of which is workshops.

Workshops will introduce a handful of new concepts to the game. The two primary ones will be Workers, and automating the transportation of items. Workers can be hired and set to work at workshops producing goods from resources. They will cost the player money in wages, but workshops will allow the player to automate production and produce in bulk.

If the player has a lot of workshops spread about, it would be a pain to go around picking up products and making sure the necessary resources are supplied. So a way to automate the movement of items is needed. The plan is for the player to start off by hiring couriers to move their goods around, with things such as conveyors and teleports becoming available later in the game to setup your supply network.

Here's a screenshot of some workshops placed on the field. 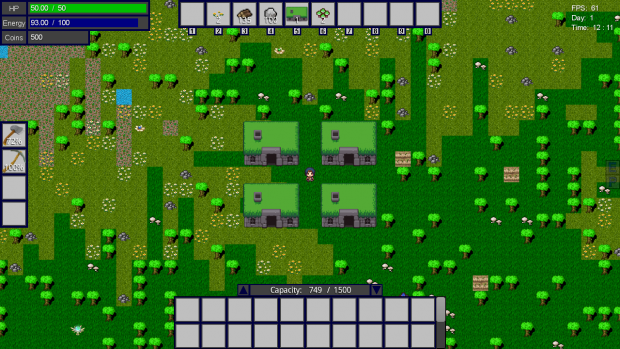 I'll continue to post updates as the development progresses. If you're interested in The Frontier, please check out the Greenlight page and vote to see it become available on Steam. Steamcommunity.com