Avorion now features shields for ships, boosters and an energy system. Shields can be added to your ship by building shield generator blocks. To supply your shields and other systems with energy you need energy generators or solar panels.

It's been a long time since I last posted some news on here, and in that time I made a lot of progress with the game. I will post more news updates in the next days and weeks about all the new features that I managed to put into the game over the last 6 months.
This week's article is about the new shields and energy system.

Avorion will be featuring shields. A new block, the shield generator, will be required for shields. Once your ship has shield generators, they will activate a shield around the entire ship, which will then block incoming shots and has shield health points, based on the shield generator blocks you built onto your ship.
Shields will regenerate once you haven't been hit for a certain amount of time, which makes them far superiour to armor or hull, which require maintenance or a repair dock once they've been damaged.
Plus you don't have to be constantly afraid that your ship will be shot to pieces.

Shields and several others of your ship's systems, such as the hyperspace drive, engines or lasers will require energy. Every ship produces a small amount of base energy by itself, so in the beginning you won't have to worry about that, but once the ship gets larger this base energy won't suffice.
Players can build energy generators to make their ship produce more energy. Generators will increase the amount of energy your ship produces, while your ship's systems will consume the energy.
Superflous energy is saved in your ships battery. The battery will serve as a buffer, so when some system uses up lots of energy, such as energy weapons, they will drain the battery. Once the battery is empty your systems won't work as well any more. Depending on the amount of superflous energy your battery will charge quicker or slower, but a battery cannot charge with infinite speed. Instead they're charged with a fraction of their own capacity per second.
Players can increase the amount of storable energy by building battery blocks. This is what you need if you use lots of systems that drain a lot of energy over short period of time, like a hyperspace drive, boosters or lasers. 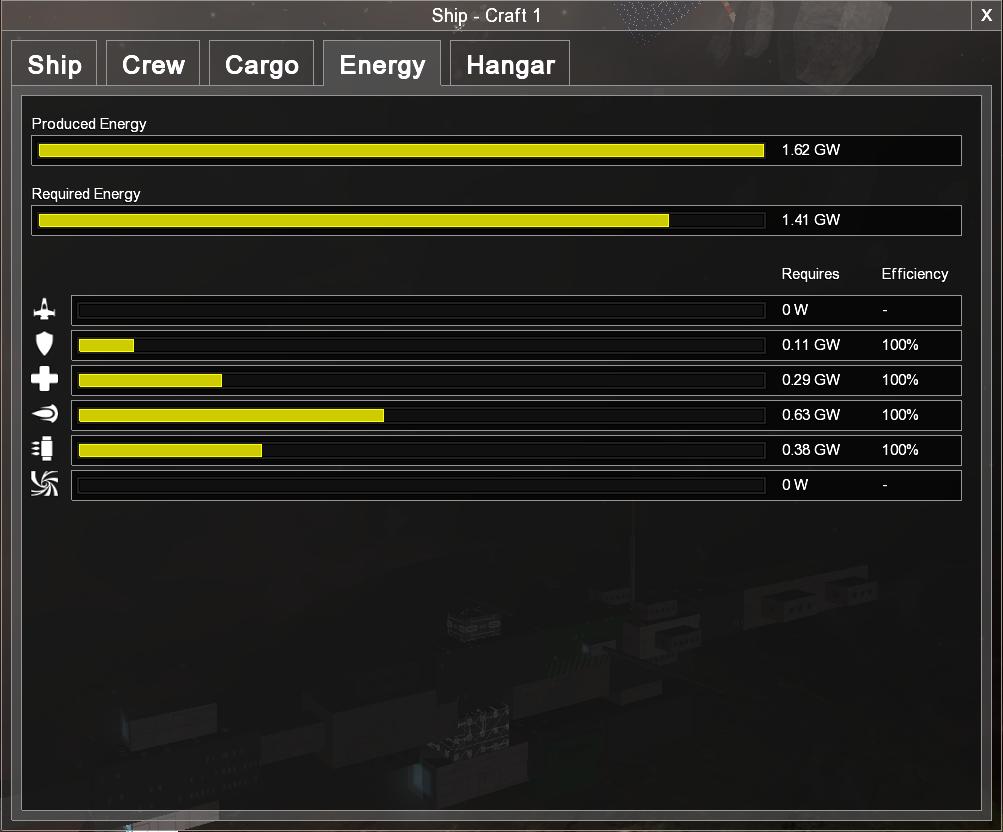 As a last feature I present boosters. Boosters are fairly self-explanatory, players can hold the Space bar to get a huge boost in velocity and acceleration, which, in return, uses up a lot of energy and drains your battery quickly.
I felt this was absolutely necessary as travel times between stations were quite long, especially when you're flying the drone, the default start ship.

That's it for today, next time I will be talking in depth about the new shapes of blocks and the new physics system.