For Dev Update #5 the focus was on optimization, a new area, the water shader, and some minor (but nonetheless important) improvements.

For Dev Update #5 the focus was on optimization, a new area, the water shader, and some minor (but nonetheless important) improvements.

So there was quite some stuff going on under the hood this time around. Even though the game should not be too taxing anyway, now stuff only gets drawn, whenever it can be visible to the player. Everything else will not be drawn, which results in a much better performance.
Also, there were lots and lots of code optimization, which should help going forward.

This area will be another one you will visit in your adventures. The quiet farmlands are located right outside of the city and due to the very good soil, a lot of the food for the city is produced here. The land itself of course is owned by the Kind Family. Only selected families are allowed to rent the land, and the farmers are hardly more than the necessary workforce, needed to harvest the crop. Still, one can be far worse off, so most of them are actually quite happy. 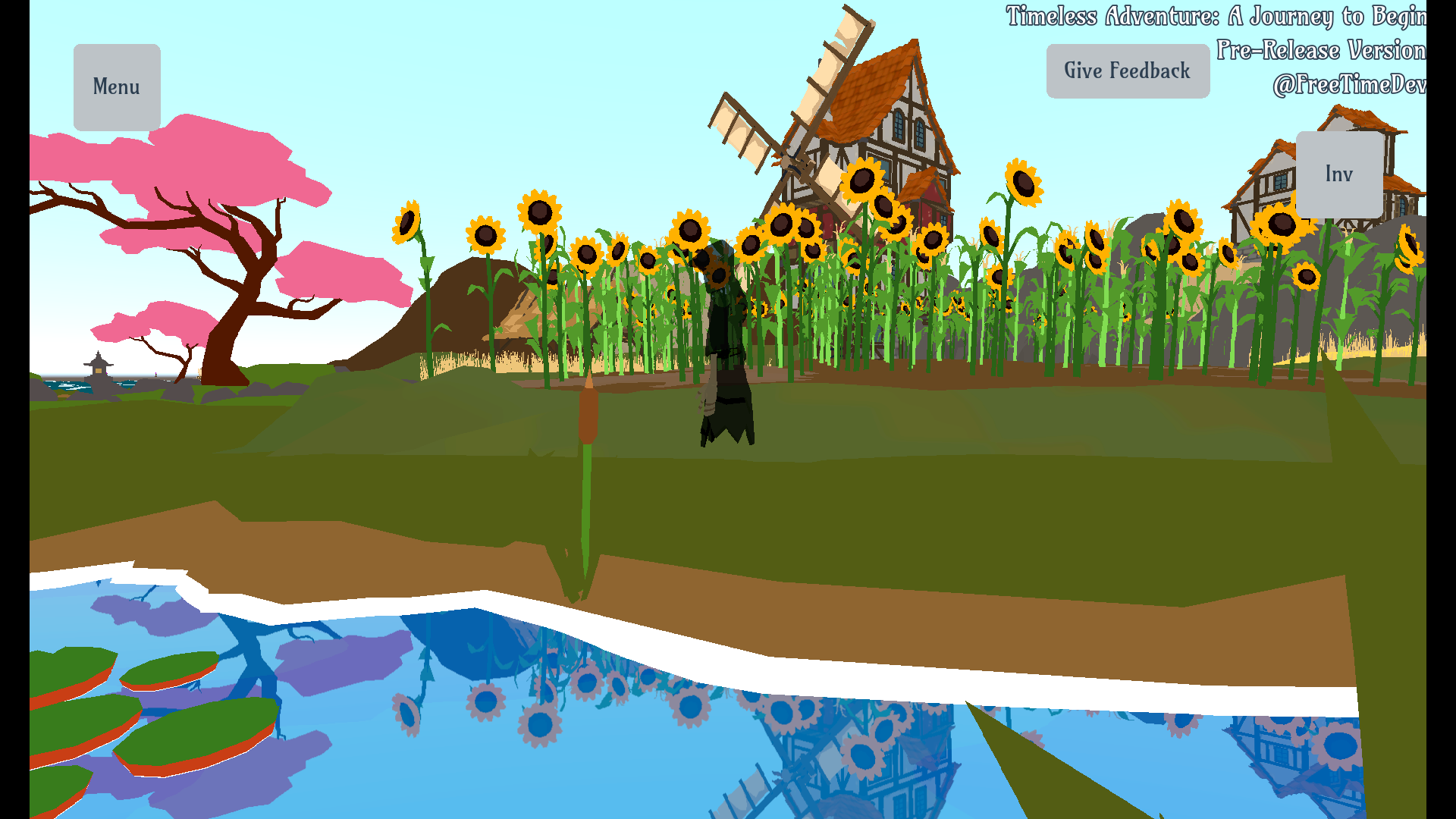 Unlike the sea-water shader (which still needs some tweaking), I am really happy with how this water shader turned out.

Some of the minor improvements are improved camera panning and overall camera smoothness. Also, light dimming between areas was improved

Unfortunately, the release date will be moved back to 2021. There is still too much work to do.