A brief look at our memory hatch system using FSM's.

Posted by DesktopDaydreamer on Dec 10th, 2014

As you know, the hatch system will allow players to move between memories as they play the game.

The hatches are actual mental manifestations and act as booths or portals located in and around the environment and as players interact with them they will be transported to a new memory.

Here is an example of one: 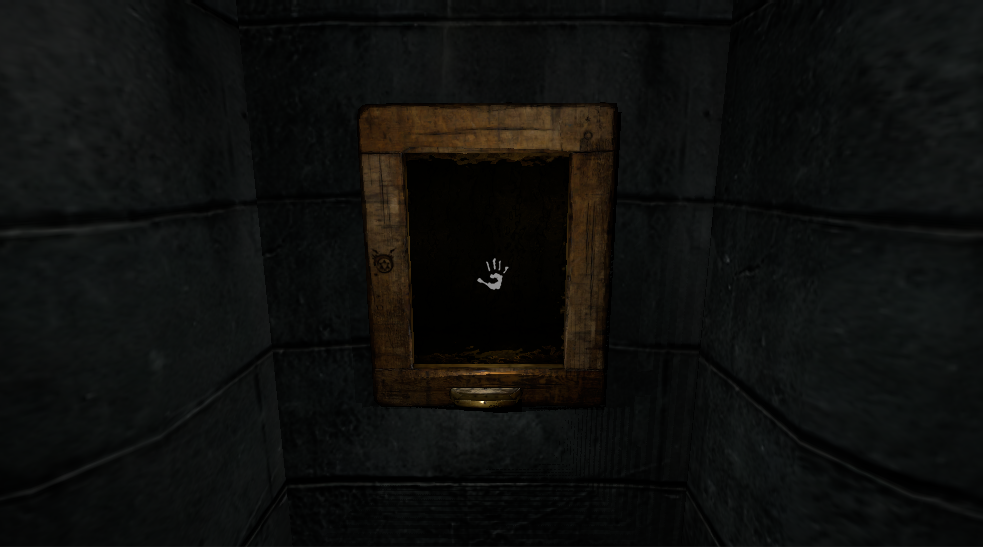 We’re using the visual scripting tool, Playmaker form Huntington games and the hatch system works by using a state machine. Here's a look at the FSM: 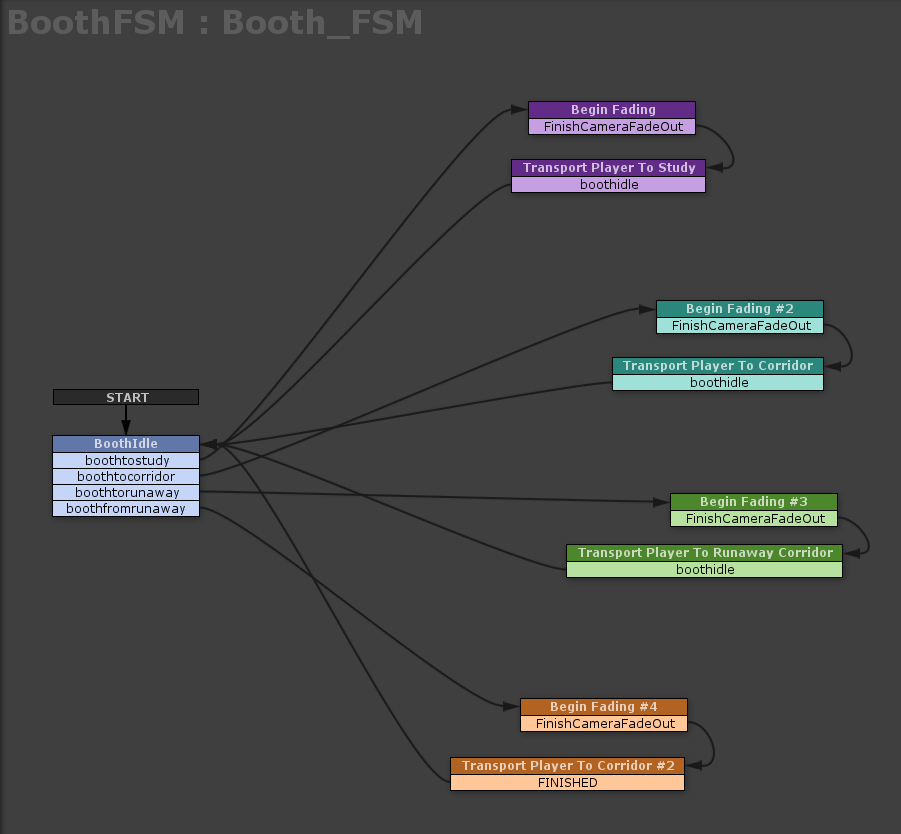 There are a number of states which are all geared up to handle moving a player through memories within the environment.

As the player approaches a booth/hatch they’ll be prompted to enter, this interaction will fire an event which an FSM receives. Dependent on the event fired, will determine what happens next.

As you can see below the Booth_FSM is waiting for four events, the highlighted area is telling us the FSM is in the BoothIdle state: 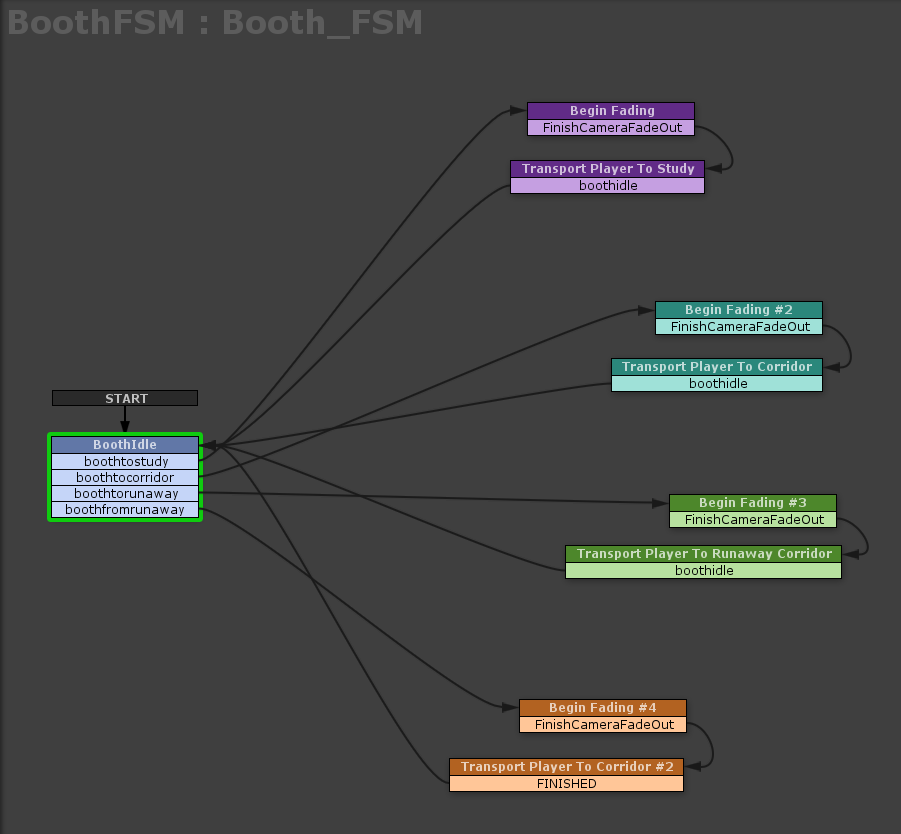 As the player interacts with this particular booth or hatch, the event 'boothtorunaway' is fired and the FSM moves to the next state. 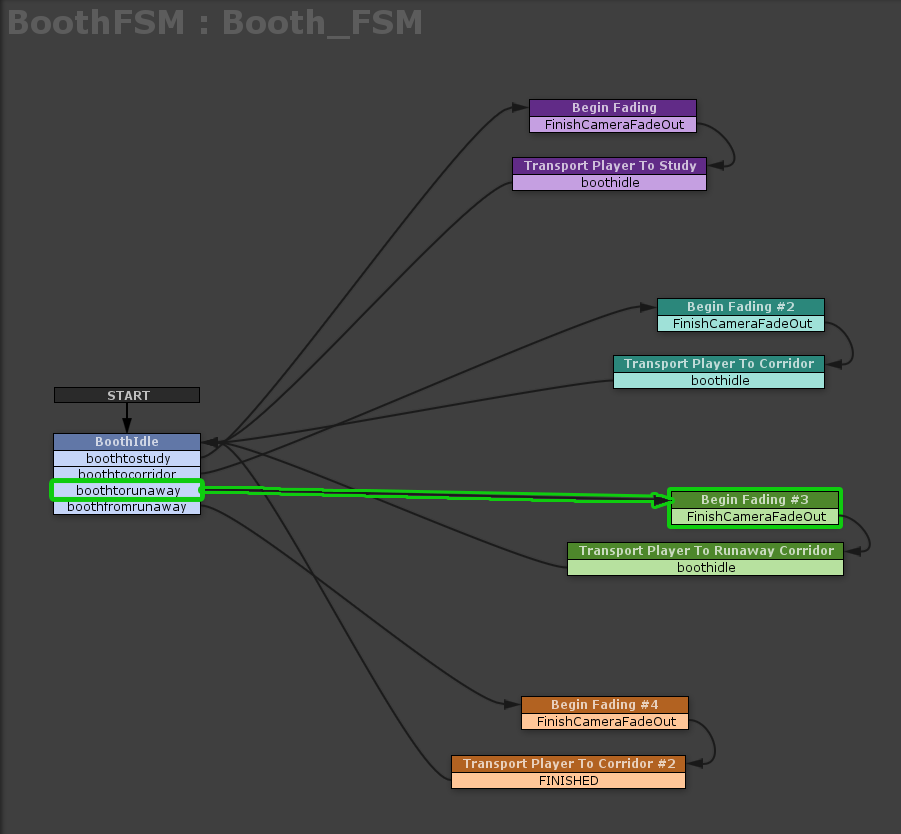 The FSM then initiates everything in the 'Begin Fading #3' state. In this case all the stuff associated within moving the player to this particular memory, for example, fading the camera, removing the players ability to move and sorting out the audio. It then returns to the BoothIdle state and waits for the next event.

Well that's all for this week, hope you enjoyed reading the brief overview of how our current FSM's work and can see how they work.

The Corridor: On Behalf Of The Dead Adventure
Related Engines