A preview of some things in development for our upcoming November patch! Ruins, armor, creatures running on treadmills, and even a daredevil chicken. 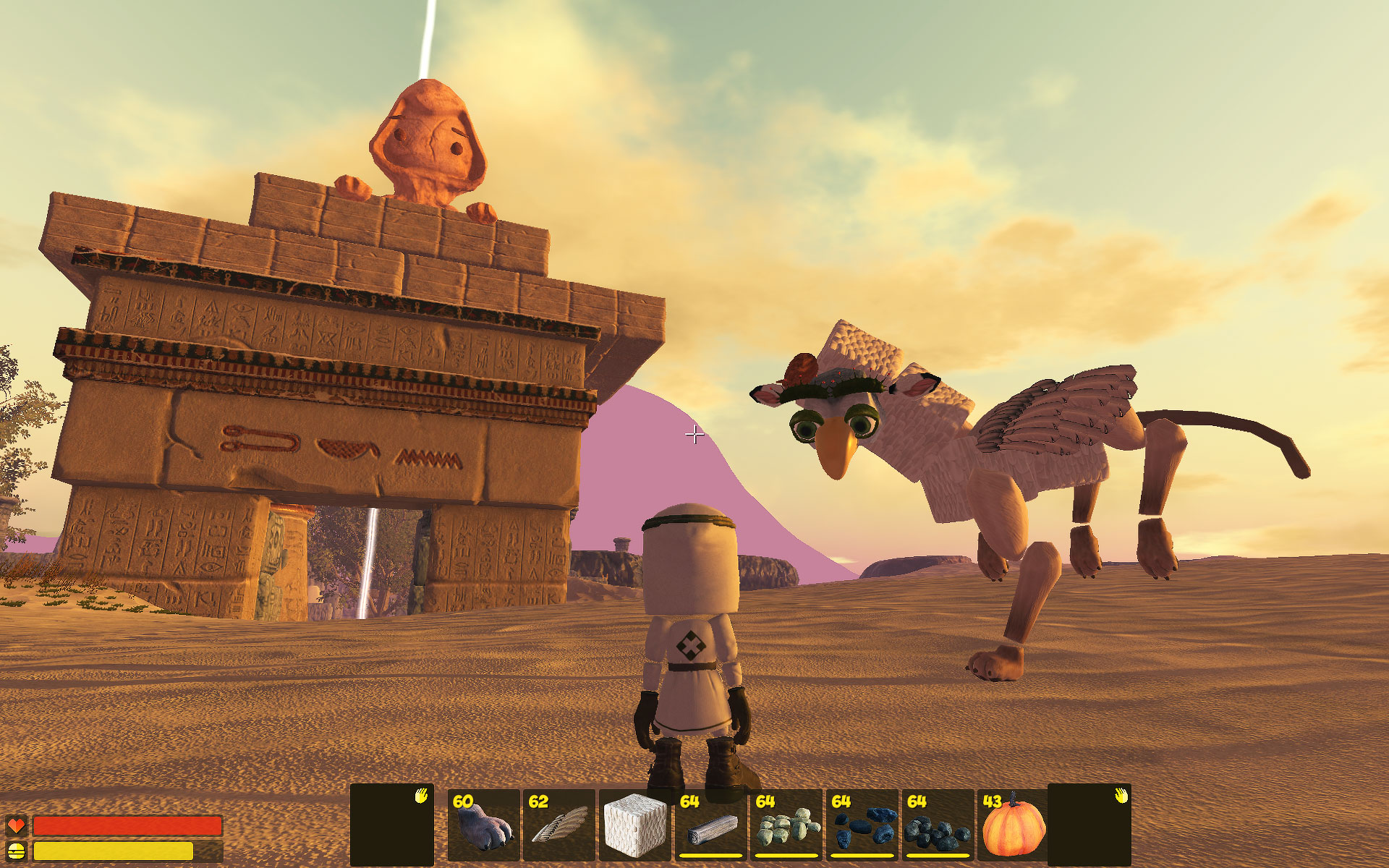 Greetings, friends! We’re drinking a lot of caffeine and working hard on the next release. (Who needs sleep, right?!) Here’s another batch of sneak peeks for you, as well as an update on the release schedule since the build isn’t quite ready yet. More info on that down below!

Adventure Mode now starts you off inside some mysterious ruins, where you’ll learn the ropes and find an equally mysterious glowy egg.

Creatures can now power structures! Here’s a cat-thing running on a treadmill to power a saw mill. (And then John hops on for a nice workout.)

The new creature command system and radial menu are in, and the options change depending on what actions are available. It makes commanding creatures much easier and more precise.

Avatar armor! If you’re tired of your fancy red cloak, you can craft yourself some new duds. You’ll have to find the resources first, of course… (or just load Creative Mode!)

New animation system + new legs + new movement code = better pathfinding! Creatures avoid obstacles and do a better job of not getting stuck or lost when you call them. (It also makes for some nice chicken daredevil jumps.)

We wanted to get the next release out to everyone for Thanksgiving, but there are still some bugs to squash and things that need polishing. We’re going to take one more development sprint to work on these. That means our new target for release is around December 6th. If you were waiting for the release, we’re sorry about the delay! We just want to make sure it’s stable and ready for you before we publish it.

In the meantime, we’ve already put the latest test build up on pre-release! We’ll keep updating it as we make more progress. You can opt-in to give the pre-release a try and let us know what bugs you find on the forums. It really helps. Thank you!

Have a great weekend. We’ll talk to you again soon.