This week we've worked on models for the Hive Men race, world lore and additions to the dialogue system.

This week, Sam’s been working on the pathfinding bug where characters get stuck on corners and hills. This problem is caused by a bug in Havok that we can’t access, so at the moment he’s just working on a way to work around it. There are a few problems caused by some bugs in the Havok library, so after the next update Sam will have to write his own movement system for the collision part of the pathfinding himself.

Chris and myself have been working on fleshing out the lore - the main factions, conflicts and positions on the map. Oli’s been making a few final rearrangements to the new world map and blending the biomes together to fit with the layout of the faction territories. We’ve also added a function to the dialogue system that allows unlockable conversations that will lead to ongoing/ continuing events with NPCs. Possible conversation spoiler A good example for this is a conversation where smugglers can develop crooked partnerships with corrupt gate guards.

Otto’s been working on a new race which we’ve temporarily called the Hive Men (you may have seen the concept art for them already). 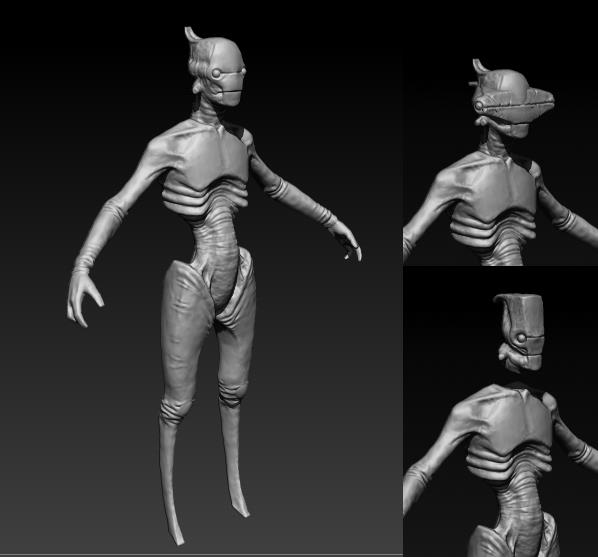 Here are our very rough notes on them so far:

The Shek (you may remember them referred to as bone people previously) will now be in game alongside the new human character models. The new models should reduce a bit of the CPU load. 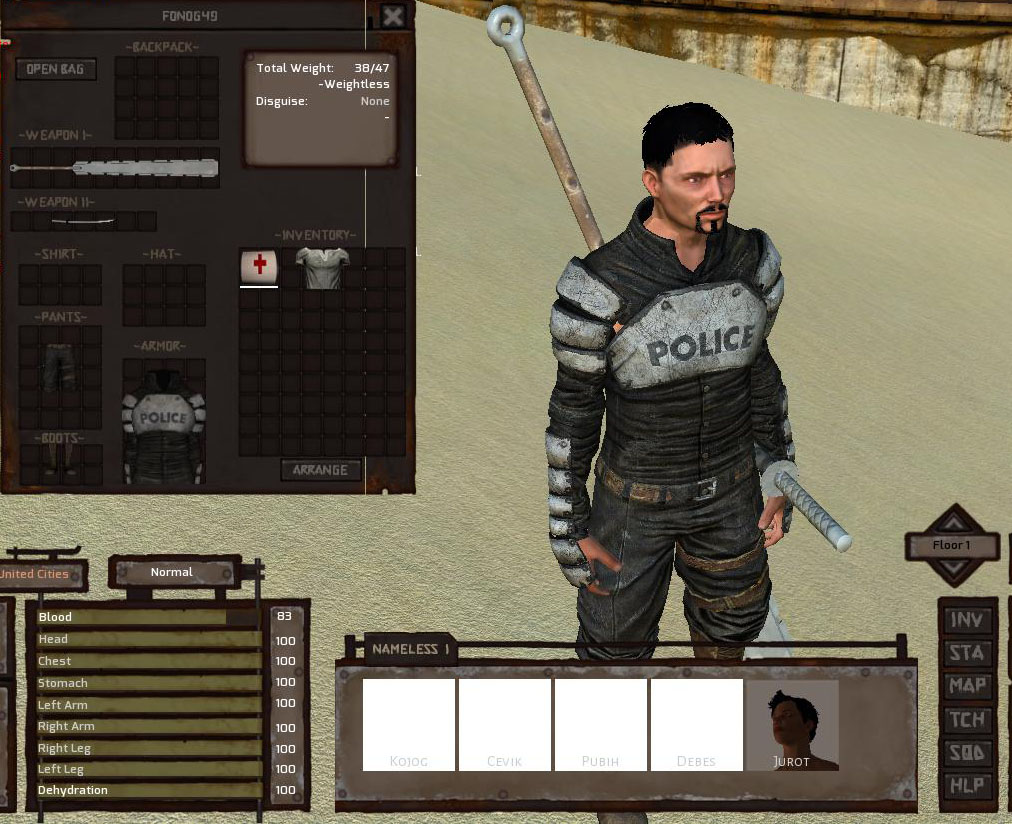 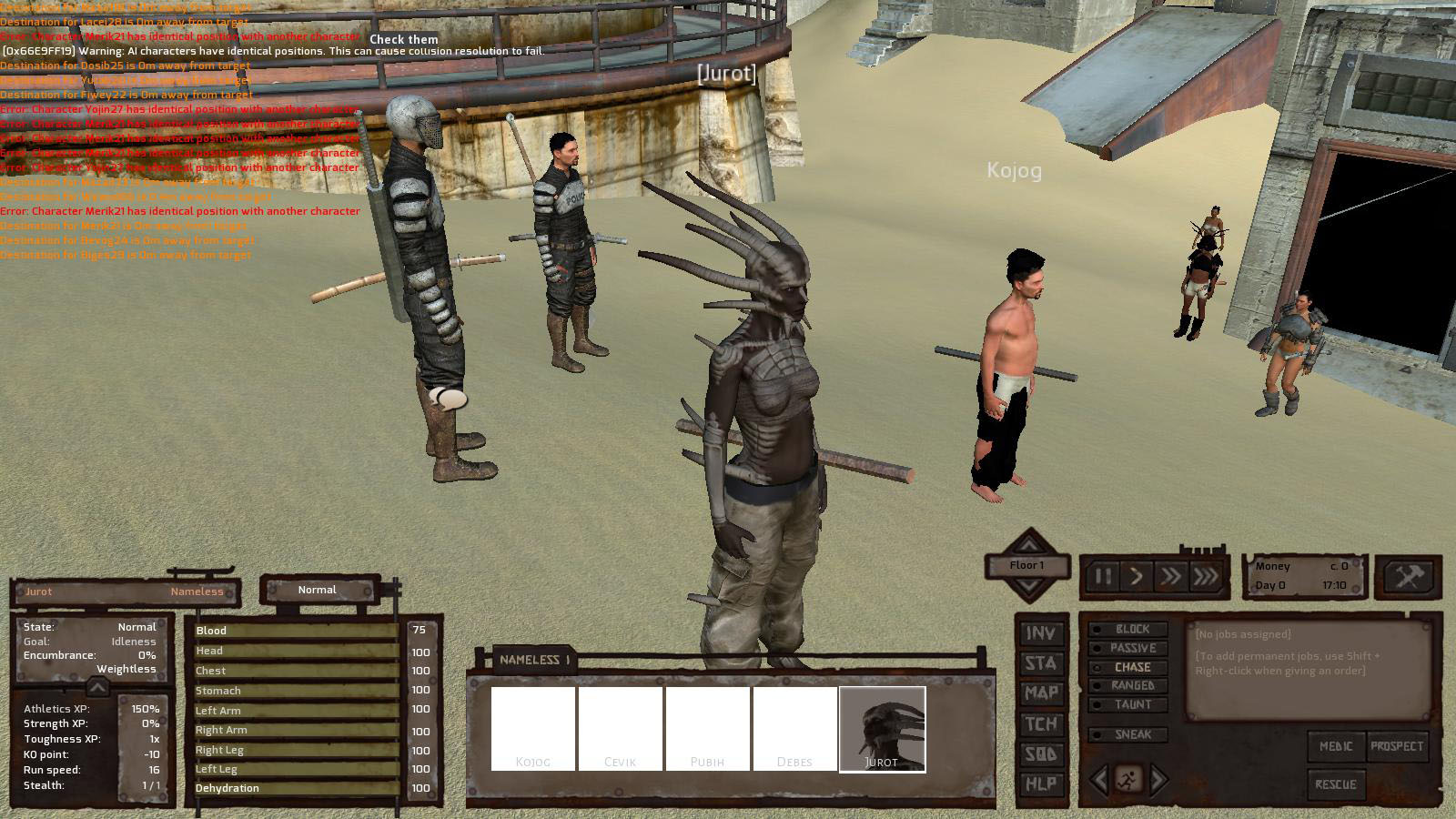 Before we can release, the GUI and lighting just need fixing - at the moment, everything in game is completely silver until the shaders are fixed in DirectX11. Apologies for the vagueness on a finish date for this so far, we want to be 100% sure of a date before announcing.

I have no idea why those guards have no pants on

They seem to have sealed the deal. >.<

It's the only logical explanation ಠ_ಠ

Are other races going to be playable in full, or just humans/human social structure?

If so, do you plan to allow players to unlock other races through interaction, or have them available for roll from the start of a new game?

They'll be playable, but I'm thinking of a maybe a couple being unlockable

how many races are planned?

As for the untrustworthy rep.
I'd imagine they have a poor grasp on the concept of services rendered.
For instance, you as an individual, or lesser group, assist their hive as a whole somehow, to them, you are doing the only logical thing possible, why does it merit repayment? Maybe if they have something they don't need lying around, you could haul their garbage away for them(Or even put it to good use), but all in all garnering that reputation makes sense to me.

However, I could see them being very well versed in trading. At its core, trade is the exchange of abundant resources (Fruit) for scarce resources(Supplies) or Fluid Resources (cats). IMO, it makes a lot of sense for them to cultivate excellent trade relations with their neighbors, and of course keeping up a strong appearance.

"All male, except the queen. Males are impregnated by the queen." What? Like with seahorses or parasitic young or something?

I really wish I could model like you. Mind sharing a few tips on how to start?

Yes, but it won't look so nice

When i first bought this game i never expected it to turn out the way it has with the climates/world map and the creatures that come in tow, loving the idea of this new race and it's going to be interesting to interact with them in game. I'm looking forward to hearing a lot more about the lore. Keep up the good work.

How do those bone people sleep?