As I announced previous week, I've been working on the Animation controller of the main character.

These days I've been very busy on my previous project, Zombie Incident. Nintendo of Europe has approved it and I had to work on the marketing materials: trailer, banners, screens,...

As I announced previous week, I've been working on the Animation controller of the main character.

I created a decoupled component that examines flags (input) and changes from one state to another depending its predefined transitions. In fact, the animation controller is a class which manages several specific animation controllers, one per each animation "layer". The cool thing here is the way we manage these layers to provide animation feedback to the player.

One of the coolest features is the blending between animations I've implemented for this system, which also blends the Attack Layer with the Side Layer when the attack animation finishes.

As I told on last post, I've used QFSM to design the animation controller. And after it's designed, I that data to generate c++ code! Sounds weird, doesn't it? 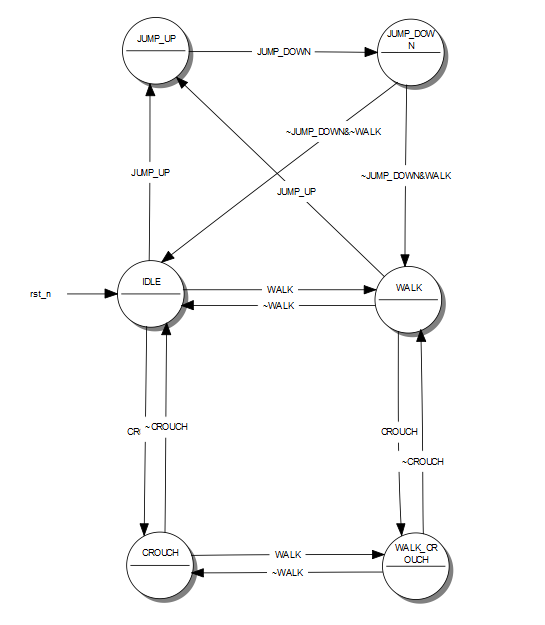 This is the state machine for the layer who manages the side animations. And this is part of the code it generates :

With this, player is now "controllable" so I can start developing other gameplay elements and mechanics.

Taking in consideration this has been a rather techical post, I've tried to be as brief as possible so... that's it!